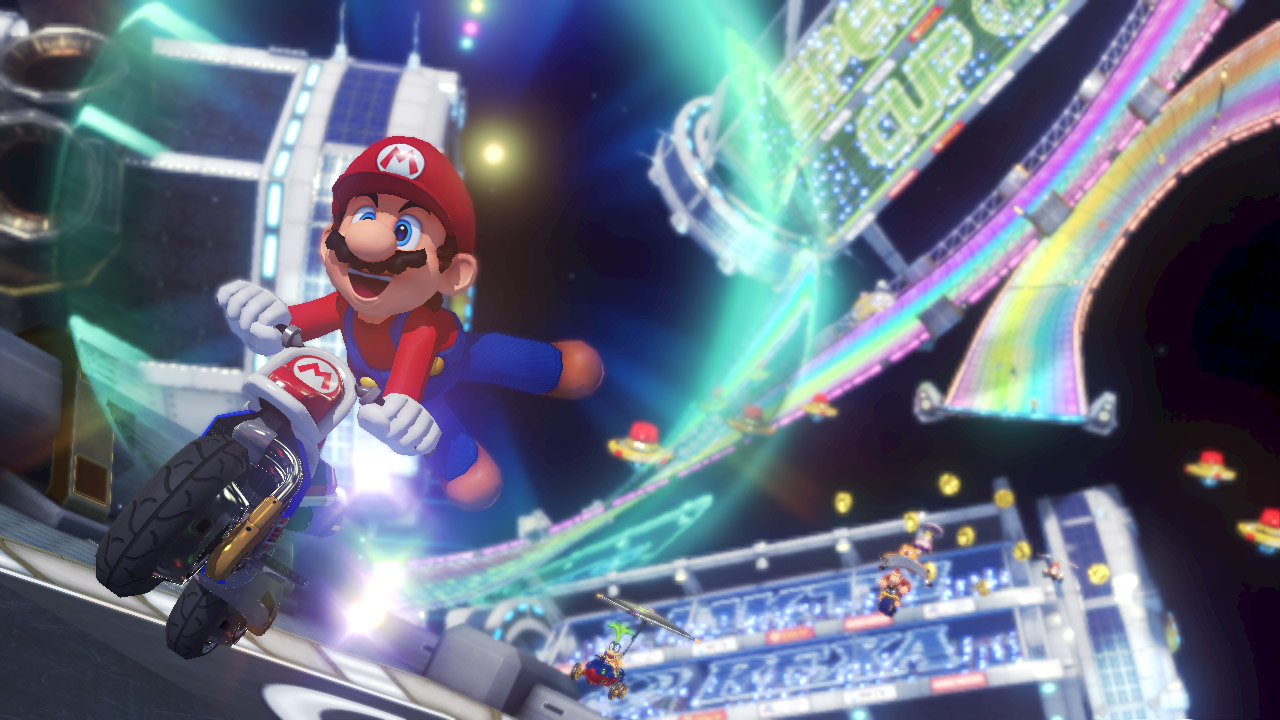 A webpage on Nintendo UK’s website has appeared advertising two new DLC packs for the Wii U’s Mario Kart 8 will be released (no, neither of them is a Mazaratti pack).

Each Add On Content pack will contain two new cups, each with four courses, which, in total, increases the number of available courses by 50 percent. The Add On Content packs include classics like Warioâ€™s Gold Mine from Mario Kart Wii, as well as new courses, some taking place in the worlds of The Legend of Zelda and Animal Crossing. New vehicles will also arrive with each pack, including the Blue Falcon kart representing the F-Zero franchise in the first AOC pack.

The first pack, set to release in November 2014, will feature eight courses, four vehicles, and three new characters: Tanooki Mario, Cat Peach, and Link, from The Legend of Zelda.

Pack 2 will release in May 2015, and will include the Villager and Isabelle from the Animal Crossing series, as well as Dry Bowser. In addition, four more vehicles and eight more courses be included in the second pack. If you’re looking to buy both DLC packs, Nintendo will give you a special bonus of eight different colored Yoshis and eight different colored Shy Guys, which will be unlocked right away.

Right now, we’re not treating this as an official announcement as Nintendo has yet to even mention the page’s existence. The Mario Kart series is perfect for DLC support, so hopefully Nintendo will officially announce something soon.