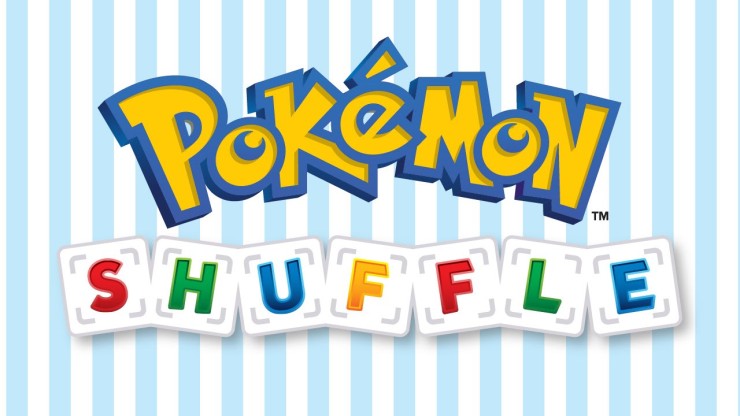 Mew, Kyogre and Mega Starts now available in Pokemon Shuffle but for a limited time only

According to the Official Pokemon Shuffle Website, Pokemon trainers can now access two additional challenge stages which feature the Legendary Pokemon, Mew and Kyogre. Although these two individual Pokemon are not typically found within normal gameplay, they are eligible for capture but only until March 23. Players who wish to battle and capture Mew and Kyogre must first surpass level 11 in order to access these special challenges. 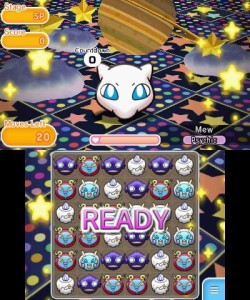 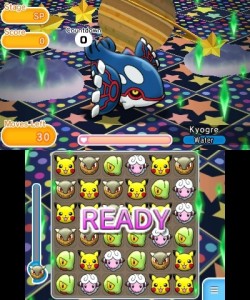 In addition to battling and receiving free Legendary Pokemon, trainers will also have the opportunity to receive two free Mega Start items by entering in the following code: 20150007. Mega Start items provide instant Mega Evolution for compatible Pokemon. This code is redeemable until April 30.

Pure Nintendo’s very own, James Casson, reviewed Pokemon Shuffle, gave it a 7.5 and said the video game was a “ Great puzzler in short bursts.” If you would like to read James review, feel free to check it out here.

Pokemon Shuffle is a free-to-play video game which released on Feb 18 and happens to be a spin-off title which plays similar to Pokemon Battle Trozei. Both video games can be downloaded from the Nintendo 3DS eShop.