I recently sat down with the Chad Seiter, the arranger, and Jeron Moore, the producer, of the upcoming concert tour, Symphonic Evolutions, which takes the original music from the Pokémon franchise, and places it into an 80 piece orchestra with video accompaniment.  Jeron and Chad are also both behind the Symphony of the Goddesses Tour, which took orchestrated arrangements of classic Zelda tunes around the world. 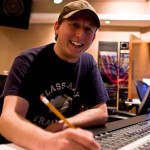 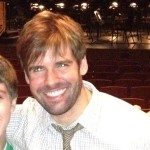 The concert tour will premiere at the Warner Theater on August 15th, 2014, and will be a kick-off for the Pokémon World Championship taking place at the Walter E. Washington Convention Center August 16-17.

Due to its length, this interview will be split into three parts.  Part two will premiere tomorrow, and the final part will premiere on Thursday.

Matt:  I wanted to start out by thanking you for taking the time out to talk to us.

Matt:  I figured we can go ahead and start with some good old-fashioned introductions:  Who you are, and what your role is in this Symphonic Evolutions

Chad:  Sure, Jeron, you want to start?

Jeron:  Sure.  I’m Jeron Moore, and I’m one of the producers on [Symphonic Evolutions].  I helped co-create “Legend of Zelda: Symphony of the Goddesses” with Chad, and we’ve collaborated previously with the Legend of Zelda 25th anniversary event, and the CD that shipped with Skyward Sword,  and we just really, really love Nintendo.

Chad:  And I’m Chad Seiter, and I’m the arranger and music director of Symphonic Evolutions… and this is [Jeron and I’s] third show together.

Matt:   Third show, huh?  So I am guessing Zelda Symphony was not your first then?

Jeron:  No, it wasn’t.  We had to work together on a prior video game show before we decided to do something more grandiose together. 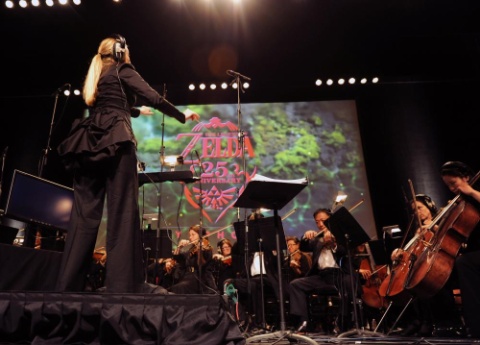 Chad: Yes, at the Warner Theater in Washington DC.

Matt:  Now will your Zelda Symphony tour be on hold while you’re doing symphonic Evolutions, or will they be going on at the same time?

Chad:  Zelda is actually over.

Matt:  How did you feel about that ending?  Did you feel pretty satisfied about what you did about Zelda?

Jeron:  Yeah, we felt pretty good about it.  It was a mutual decision with Nintendo.  We decided it was time to go dark for a while as the hype and excitement for Zelda continues to rebuild in anticipation of the new title coming out on the Wii U.  We traveled around the world with that show,  and we got to see 95 really great performances.  [We] employed a lot of musicians, performed for a lot of fans.  And Chad and I decided that Pokémon was kind of the next logical step beyond Zelda, as far as something we were really passionate about doing.

Matt:  So Pokémon was your idea, and you want to Nintendo with this one?

Matt:  And I’m guessing the Main Headquarters of the Pokémon Company is still based in the same timezone as [Nintendo’s Main Headquarters].  What was it like working with a group operating 15-16 hours ahead of you?

Chad:  We were actually working a lot with the Pokémon Company Int’l in Seattle, same as Nintendo of America.  Chad and I are both in the west coast, so we are all actually in the same time zone.  That being said, it is interesting dealing with Japan.  It was also a lot of fun with Zelda, because there was this time zone difference.  It was kind of like, you would send one e-mail, and it would do the rounds and come back a few days later.

Matt:  Did you feel any more or less pressure going into Symphonic Evolutions than when you toured with Zelda?

Jeron:  You know, I think there was a certain amount of pressure.  Any pressure we fee is… a responsibility to the fans to produce an experience that is going to reflect on their adoration for the brand and reflect their nostalgia for it.  This was the same went for Zelda.  The biggest challenge whenever producing something like this is a responsibility to live up to our own expectations as fans, and vetting that through Nintendo and through the Pokémon Company.  If we can get over those hurdles, then we know we have something special for the fans.  So we are really excited.

Matt: Was there anything particularly different approaching Pokémon music as opposed to Zelda Music.  I know much of the Zelda stuff, aside from Link’s Awakening and the first two titles for the NES, the musical scores were a little more complex from Link to the Past onward. Whereas, with Pokémon Red and Blue, there are just a few things to go off of.  So was there any kind of challenge with taking chip tune music and arranging it into an 80 piece orchestra?

Chad:  You know, I always think that when you arrange music, it’s always important to keep the original composer’s intentions still there, yet I feel a duty to give it a flavor of it’s own outside of [the original piece].  It really helps when you have really interesting and engaging source material like Pokémon and previously with Zelda.  I find it as a fun challenge to take these 8-bit kind of tunes and kind of grow them into something much larger than they have ever been.  To some degree, I think technology catches up to itself where, if you follow the generations of Pokémon going up to X and Y, you have the same sound quality and intention that a console would have.  So it’s always kind of fun to take those because, I’ve been arranging all of this earlier stuff, and then take this later stuff, and put it into the kind of sonic palate that I have been creating for the whole show.

Tune in tomorrow to hear how the duo works with Nintendo, the Pokemon Company, and composer Junichi Masuda.