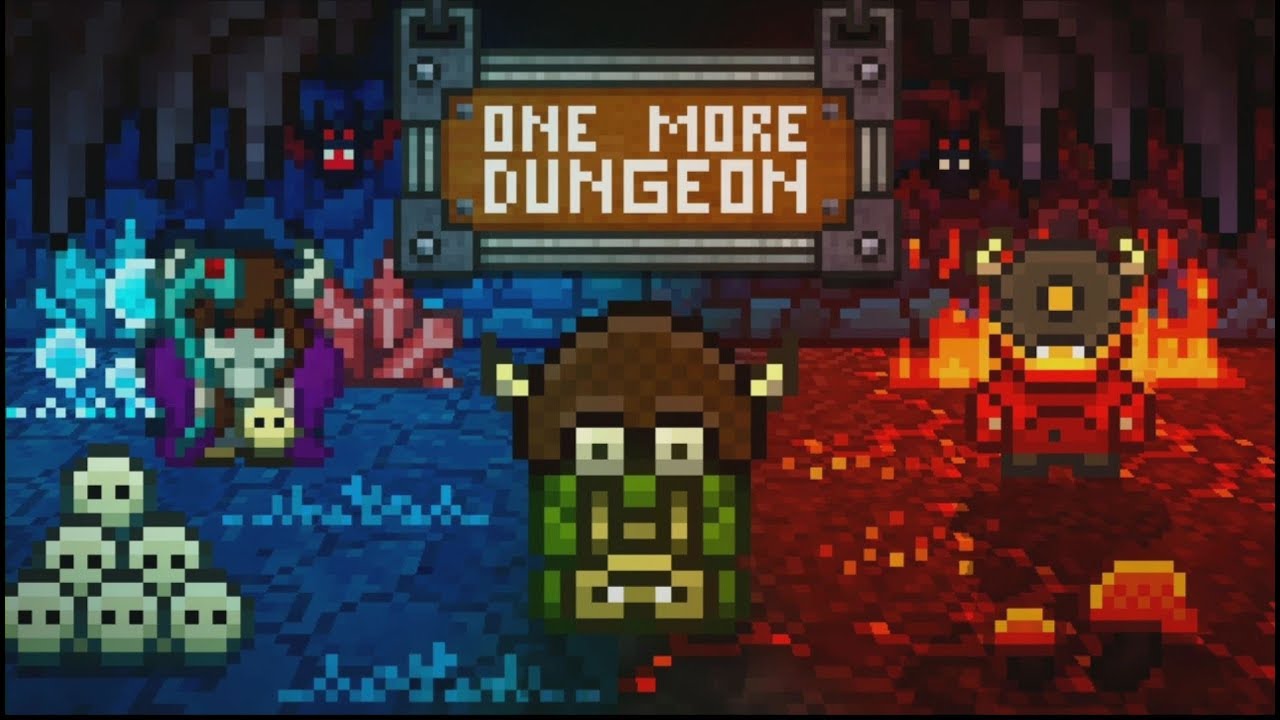 One More Dungeon is a roguelike dungeon crawler that’s biggest selling point is its design. The game harks back to the ‘90s in both its pixelated style and its first-person shooter gameplay, but does it live up to the nostalgia?

In the game, you play the role of a nameless hero, battling through randomly generated dungeons in order to…save the world? You see, there’s no real story to One More Dungeon; if you want a compelling story with characters you’ll fall in love with, look elsewhere. From the outset, this game plays to one core audience – fans of ‘90s games like Doom or Wolfenstein 3D. It’s such a blatant callback to those first-person shooters that it’s hard to look past and see what’s beneath the surface. Unless you’re a fan of that genre, you’re going to find this game a tough sell. 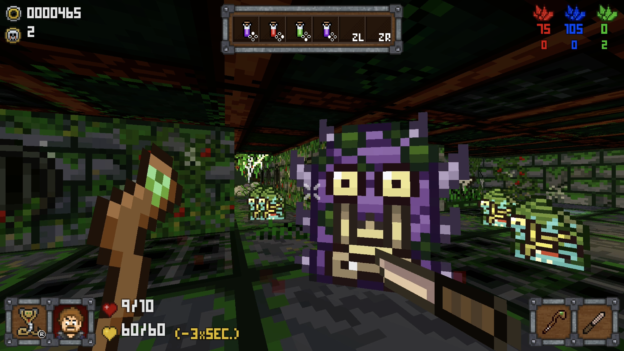 When it comes to the look of One More Dungeon, you’ll either love it or hate it. Reminding me of some custom Doom levels my friend made in the ‘90s, the game certainly looks like it was made by fans. It also makes it hard to navigate through levels, particularly on a TV; but handheld mode is a little more forgiving. I love retro-styled RPGs, but this zoomed-in approach with giant, pixelated sprites borders on being too retro, and it can detract from the overall experience, for me at least.

Unfortunately, the controls are somewhat awkward too. You can move forward, backwards, left or right with the left stick, or orientate yourself with the right stick. Aiming is tricky and imprecise, which is ultimately frustrating. The simple-minded enemies compensate for this jerkiness to a degree, since they tend to notice you only as you move closer, and then move directly towards you, making them slightly easier targets. You’ll basically have to master moving backwards while trying to aim in order to progress. 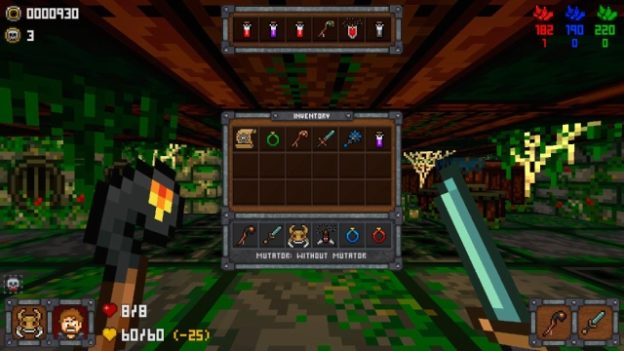 Speaking of attacking, there are two main weapon types at your disposal – long and short range. The fiddly controls render melee weapons basically useless, so you’ll almost certainly be using the long-range weapons.

There are redeemable qualities to One More Dungeon, if you can get past the rudimentary graphics and sub-par controls. Making it through a room does provide a “just one more” mentality to keep you going – who knows what you’ll discover in the next one? A chest with a new weapon, a new secret to uncover? It could even be a boss creature. There are also a lot of items to find, over 80 in fact, with swords, axes, magic staves and lances, plus money and potions. 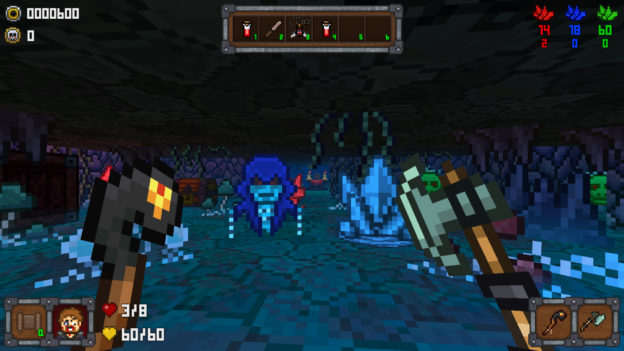 The audio is also in the plus column, with an intro that sounds like a folksy guitar-drum medley. In-game, there’s a more upbeat approach to the fantasy style. There’s also the price to consider; at $7.99, it’s a reasonably cheap title if you’re looking for something a little different.

Overall, One More Dungeon can be an addictive experience. The retro style will appeal to some, and the price is right, so check it out if you’re looking for a cheap way to shoot things in dungeons from the comfort of your couch. Real life dungeons are too hard to come by these days..

One More Dungeon’s retro style will appeal to fans of ’90s first-person shooters like Doom or Wolfenstein 3D. There is some further depth to experience if you can get past the super-pixelated design and average controls.