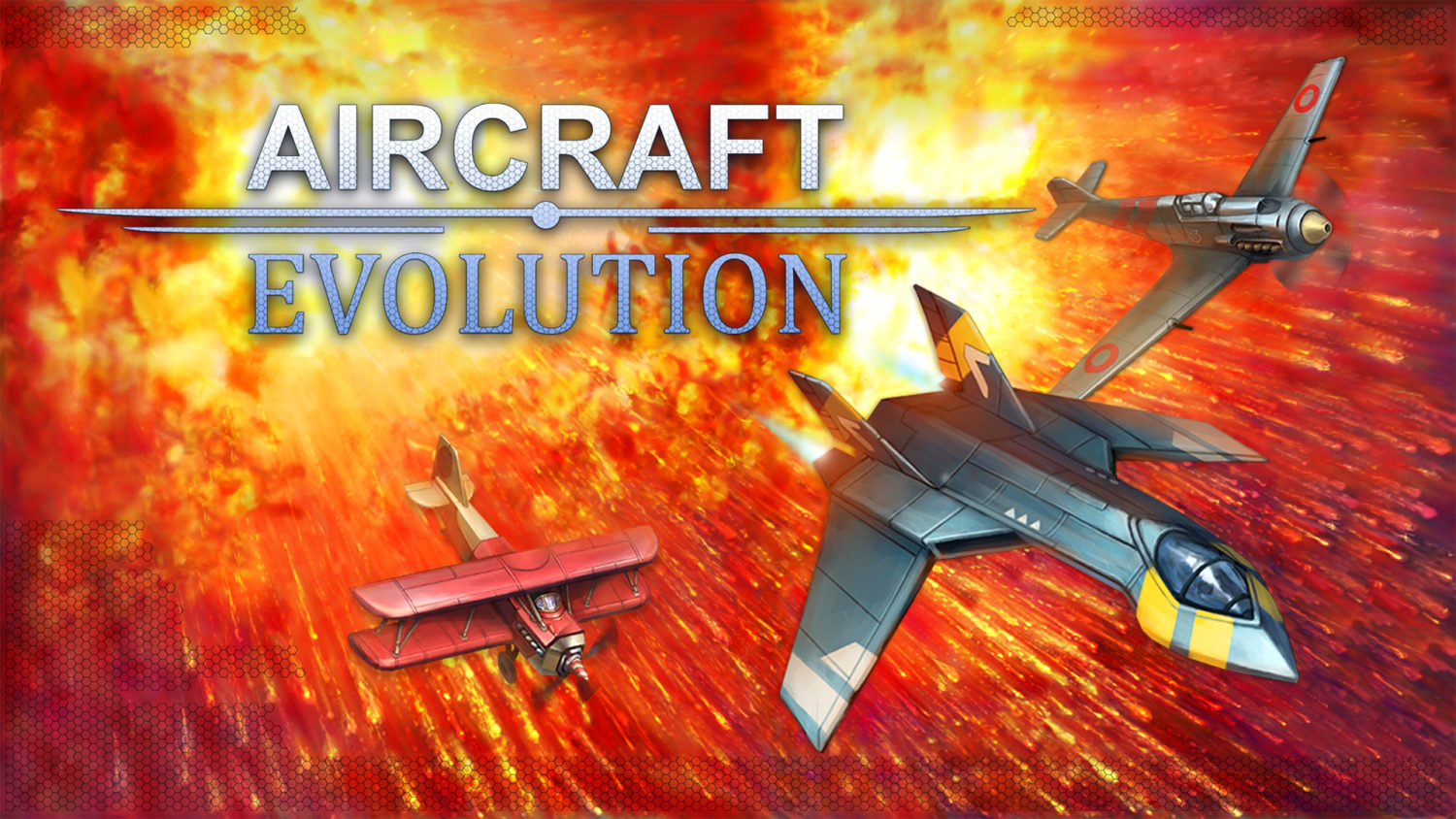 You drop the bomb on me.

Aircraft Evolution is about as arcadey as an arcade game can be. A modern cross between Defender and Time Pilot, the game puts you in the cockpits of continuously advancing planes and tasks you with making big damage on the ground below. It’s fun, but can the fun last?

If Aircraft Evolution had been released in the mid-to-late ’80s, it would’ve focused entirely on the action. And back then, it would’ve been enough to simply fly above the somewhat scenic countryside and bomb the enemies below. There are many, of course, ranging from foot soldiers to complex and heavily defended military installations. Salvos of bullets and missiles are fired up at you. You can’t expect to dodge everything, so learning to recognize what is mostly harmless and what can knock away half of your health in one hit becomes very important very early. 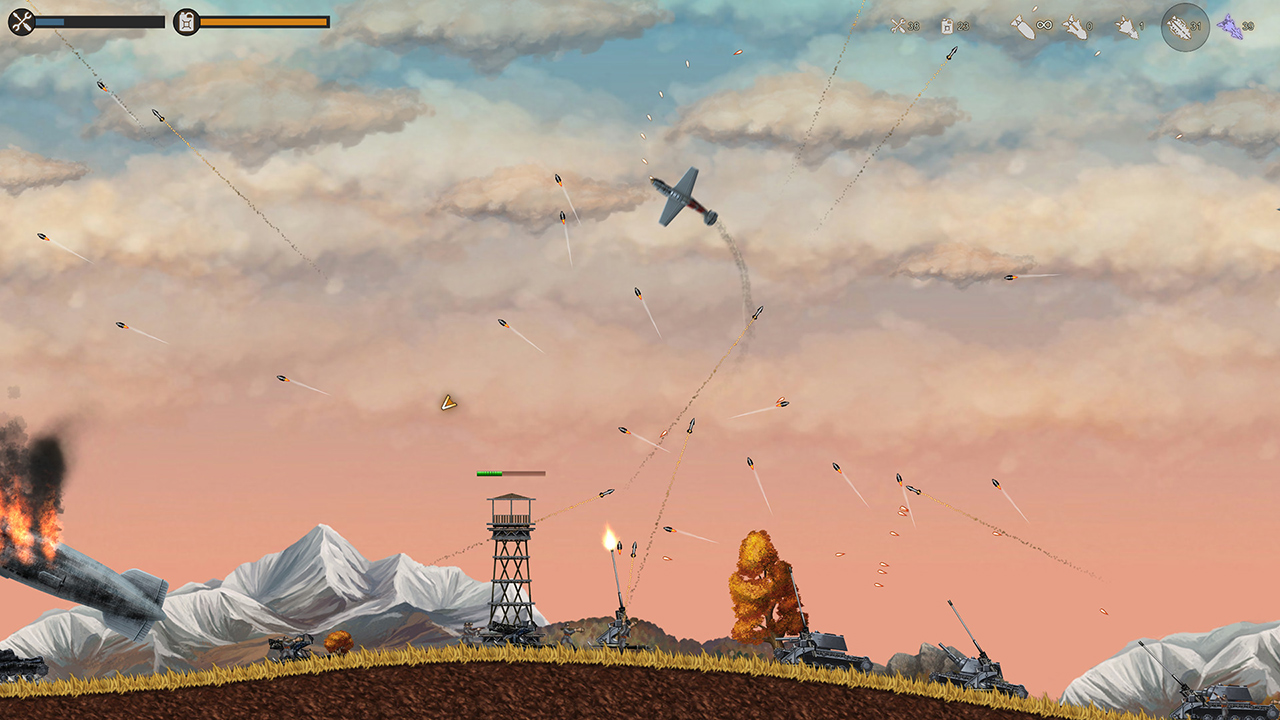 Of course, dodging anti-aircraft fire isn’t all that easy when your mission is to destroy that which is firing at you. The game starts out surprisingly difficult, which makes it clear we’re not in the mid-to-late ’80s. I was surprised after just the second mission to find I had used up all of my in-level repairs, meaning only a few hits would end the level. In my WWI-era plane, this was pretty much impossible.

As the title implies, however, Aircraft Evolution wants you to evolve. And quickly. After attempting the third level a couple more times, I found I had more than enough in-game currency to not only buy more repairs, but to also evolve to the next plane. I could suddenly fly faster, turn faster, and take more damage. Mission complete. 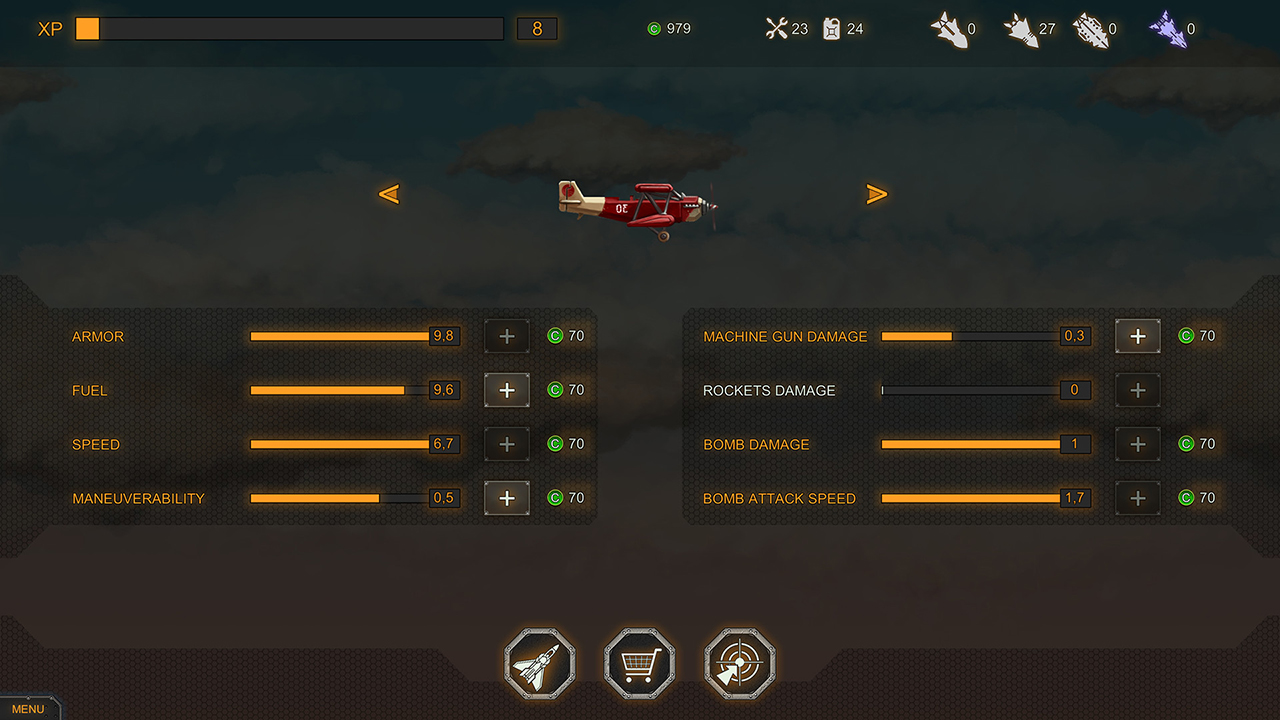 And so it goes with Aircraft Evolution. You’ll get new assignments and push through levels, taking on an impressive array of new enemies as you gather what you need to advance your airplane’s technology and equip what you need to handle things efficiently. Along with shield repairs and gas reserves (which you can also get for free via parachute drops), you’ll be able to purchase bombs that create more damage over a wider area. These are key, as a lot of the targets are quite small and difficult to hit. There were also times where it seemed my bomb would land right on a target only to have it suffer no damage. Frustrating, but the game doesn’t give you time to worry about it. 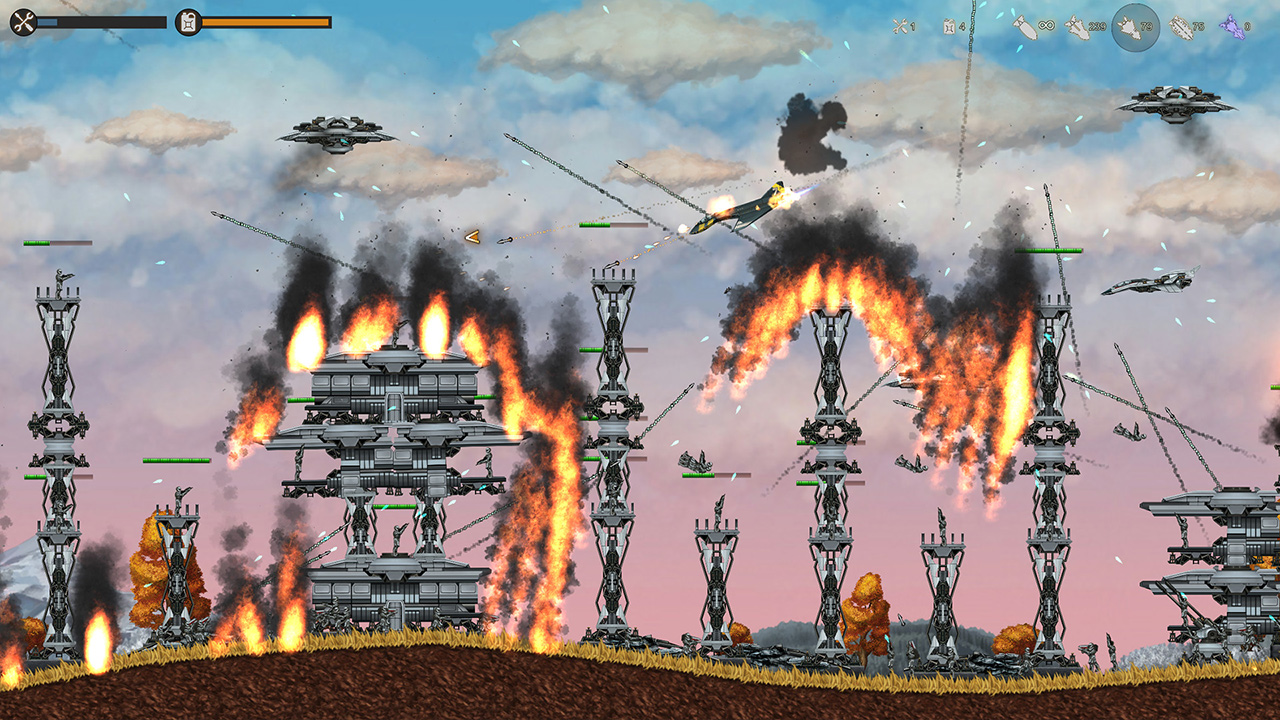 Enemies attack from the air, too, so you’ll need to stay alert. As mentioned above, the strategy of Aircraft Evolution is to learn what you can let hit you and what you should avoid. What to take out first and what to take out later. Enemy planes can be pesky, sure, but there’s no point in trying to destroy them until you clear out that AA canon.

Aircraft Evolution offers 40 levels of gameplay, and it tries to change things up enough to keep the proceedings interesting. Aside from the different mission objectives, the game also gives you some wonderful (if not frustrating) bosses to defeat. You will also take a crack at the occasional skill run, such as flying through hovering mines in a set amount of time.

On the other hand, because there’s no multiplayer option, these battles are a fairly lonely experience. And although the graphics are very colorful and detailed, there’s not a lot of variation. The action is spread across four time periods, but this mainly changes the enemies you face, not the overall appearance or tone of the levels. And considering the number of times you’ll have to replay levels in order to acquire the necessary upgrades, it’s easy to get burnt out after a short period of time.

But again, that’s what arcade games did; play them for a bit, move on to another cabinet, then come back later. Although Aircraft Evolution will mostly be played in short bursts, it’s a game to which you’ll return each time you visit the arcade.

Aircraft Evolution offers a lot of action and a lot of destruction, but not a whole lot of variation. Like the arcade games to which it pays homage, it’s best enjoyed a few “quarters” at a time.