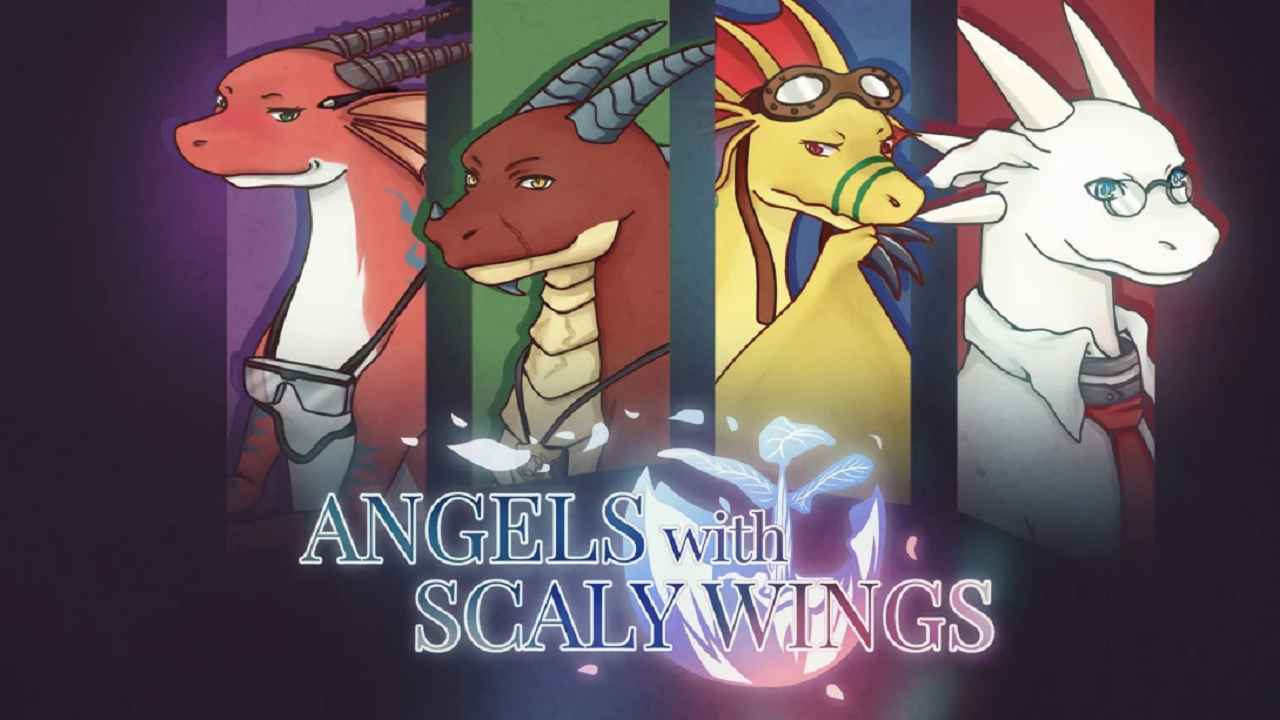 There’s some good writing to be found in the poorly titled Angels with Scaly Wings. It’s at its best when dealing with conundrums and treachery. Conversely, the times it veers into romantic elements makes my eyes roll. A mixed bag, this visual novel has several pros and cons.

The story is mostly sci-fi in nature, as a portal teleports you to a strange land filled with what resembles dragons. The intelligence they display makes you wonder if they could be aliens. You act as an ambassador from Earth but soon find yourself playing detective in murder investigations. The theme mixture may sound odd on paper, but it works. 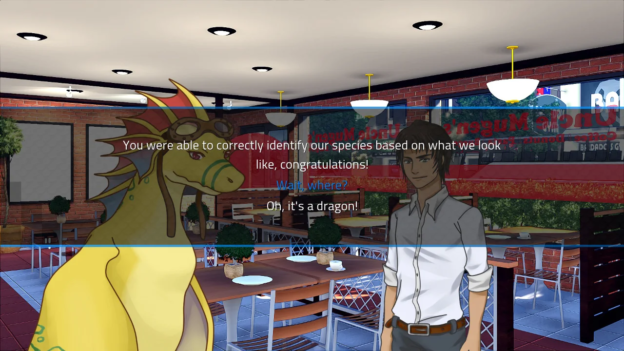 Angels with Scaly Wings offers many welcomed choices, both in how you reply and where you proceed. Want to be cool and cautious in your dealings with the dragons? You can be. Or prefer to be warmer and trusting as a representative of Earth? That’s an option. You can even mix it up, acting different ways to different characters, or even largely avoiding some characters altogether. 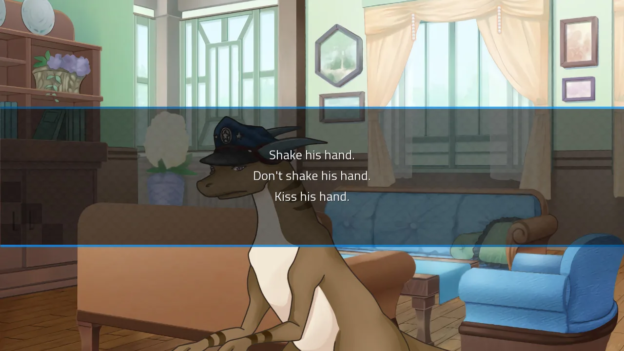 Speaking of characters, there are the romantic elements that feel shoehorned in. Was this writing delegated to outside parties? Here’s a tip for any developer working on visual novels. Just because many VNs have romance elements, it’s NOT required. It’s laughably out of place here, with stupid scenes of truth or dare and talks of dating and kissing. Instead of “deep and meaningful narratives,” it comes off as trivial at best. To quote the lead, the romantic writing style was something “I wasn’t inclined to enjoy at the moment.” Thankfully, there’s wisdom in letting players essentially bypass these parts through the aforementioned choices.

Should you wish to experience all of the choices, you can replay this title and fast-forward to each selection. It’s not the most elegant setup, but I can appreciate it all the same. It brings replayability that other VNs lack. 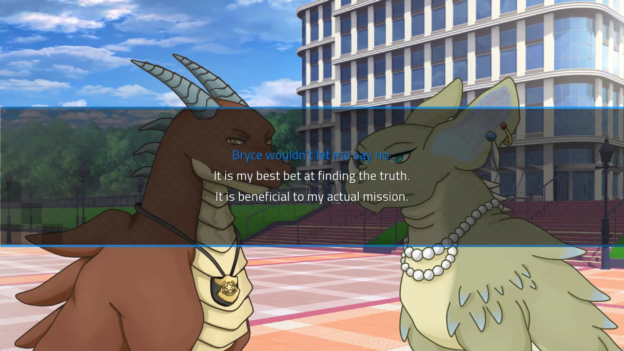 Rated Teen (16 in Europe), Angels with Scaly Wings had blood, violence, and sexual themes. The latter can be avoided, but the first two can not. There’s more than I expected, and it’s laid on a bit thick, so keep your expectations in check going in. This isn’t a breezy read.