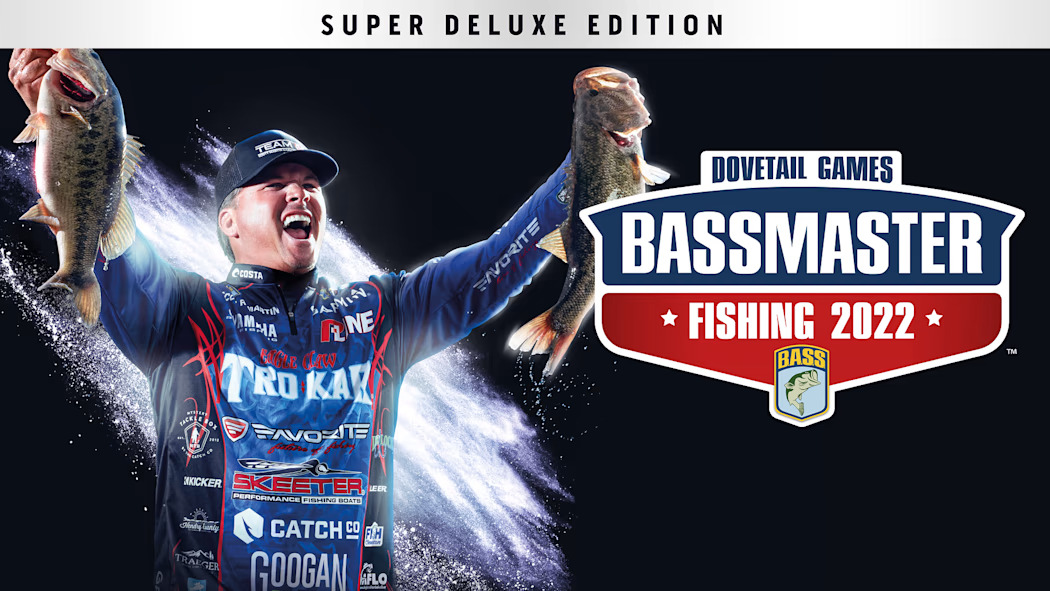 Bassmaster Fishing 2022 is—you guessed it—a fishing game. But it’s not just any fishing game. This title is based on the hugely popular Bassmaster tournament, a highly competitive series performed in the US. There’s a lot more to this sport than the average person may think, and this game packs it all in for a virtual experience that’s quite realistic.

What exactly is Bassmaster, I hear you ask? It’s kind of a big deal in the fishing world; in fact, it’s the biggest official organized fishing sporting body, sometimes referred to as the Superbowl of fishing. In this competitive tournament, anglers travel to various locations to catch the biggest and heaviest bass. Bassmaster Fishing 2022 is a title made for such enthusiasts, and there’s plenty going on under the hood to support that. 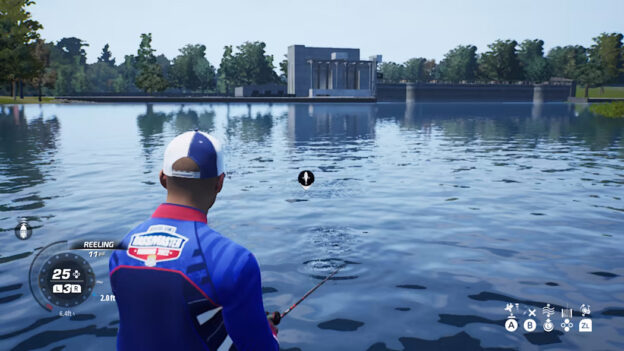 There’s a lot of attention to detail, from character customization to the fish themselves. There are many species, from salmon to bass, along with some scary-looking pikes. Some species aren’t even applicable in an official Bassmaster competition, which adds to the complexity and fun of the sport. Not only do you need to find a fish and reel it in successfully, it has to be the right type as well.

There are several modes to play. You can compete against the clock or against the world in various competitions. Meanwhile, there’s a more relaxed area without timers or rules that helps make the game more accessible to newcomers like myself. This isn’t likely to be a game for everyone; an enjoyment and prior knowledge of fishing will be well regarded here. If that sounds a little like a job interview, that’s because you can basically reenact an actual fishing career here, earning prize money and sponsorships to upgrade your equipment and bring you fame. As mentioned at the outset, this is meant to emulate the Bassmaster competition quite closely.

It’s a difficult job for a few reasons. Firstly, there’s a lot of water, and your initial mission is therefore to actually find a fish amongst the murky depths of the lakes. Once you’ve picked a good spot, you cast out your line and slowly reel it in, hoping to lure a fish along with it. After snagging one, you have to wrestle with it to bring it aboard. This essentially breaks the game into two components: traveling over water to find the best spot and the actual fishing. You’ll need to be good at both in order to succeed. What you’ll need mostly, though, is patience. And a good tutorial. 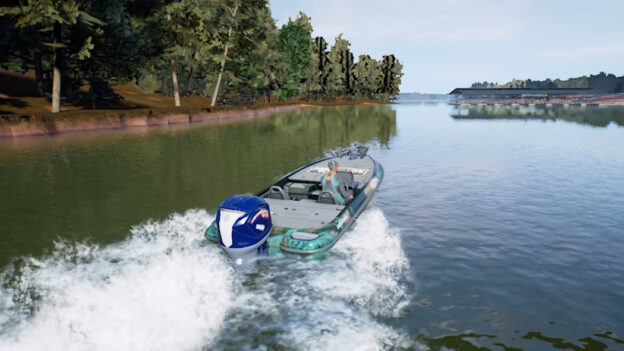 When you first load the game, a handy introduction is on offer. One drawback I found was the inability to redo these instructions. The tutorial itself is quite well done, but if you miss it (you have the option to skip) or simply want a refresher, well, that’s bad luck. The overview is fully voice-acted with a helpful guide showing you the ropes when it comes to driving your boat and casting your rod. It takes a lot of practice to get the hang of it, but catching your first fish also feels extremely rewarding.

There are some neat elements that help you along your journey, like an underwater radar that shows those slippery creatures moving about beneath the surface. This will make it easier to find your prey, but if you’re a pro who doesn’t want that kind of assistance, you can easily switch it off with the tap of a button. In fact, the controls in general are quite solid with easy-to-learn maneuvers for casting, reeling, and driving. The tough part is catching! The “fight” (as they call it) happens quickly and takes some getting used to. Let’s just say I lost plenty of fish during my time on the water. 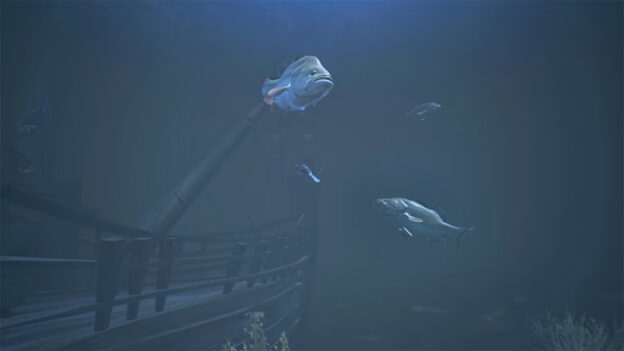 Graphically, this is a good-looking title with an environment based on real-world locations around the US. The lakes are shiny and shimmering, surrounded by trees that sit neatly in the background, and it all comes together to immerse you in this world. I did notice a couple of frames dropping out, but it didn’t impact the gameplay. This is a pretty hefty game at over 12 GB, and you can tell the developers put a lot of effort into recreating this world on the Nintendo Switch.

Overall, Bassmaster Fishing 2022 is a great fishing sim, especially if you’re a hardcore angler. If not, this might be a little too detailed for you. But if you’re a patient fishing enthusiast, you’ll find plenty to keep yourself busy in this realistic-feeling title.

Bassmaster Fishing 2022 is a great fishing sim, especially if you’re a hardcore angler. If not, this might be a little too detailed for you. But if you’re a patient fishing enthusiast, you’ll find plenty to keep yourself busy in this realistic-feeling title.