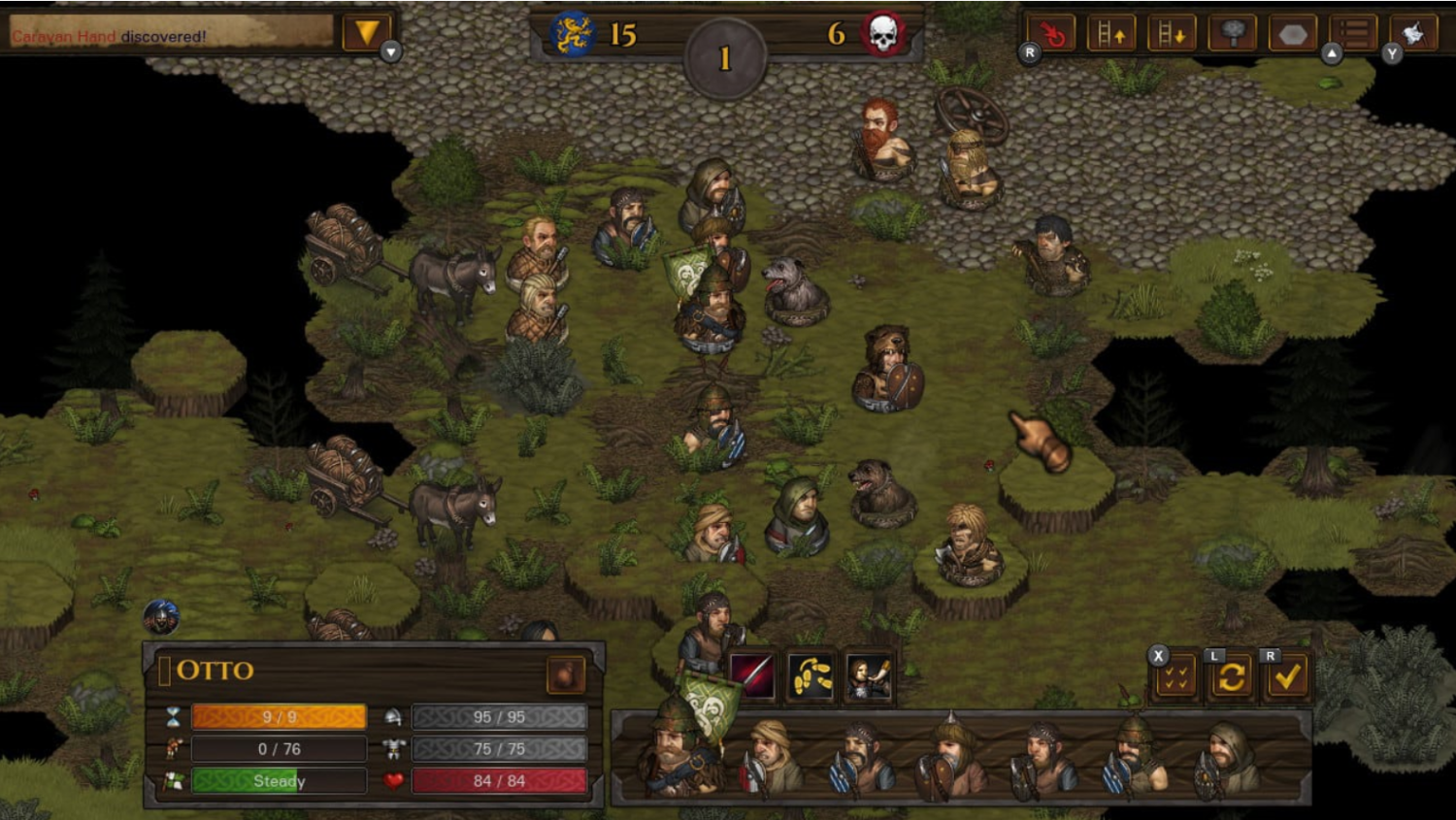 Despite being constructed from some very familiar components, Battle Brothers has enough unique style to stand out. The turn-based tactical RPG takes place in a medieval fantasy land. You lead a group of mercenaries across the map, taking on contracts to battle brigands, earning gold and honing the fighting skills of your crew to establish yourselves as fearsome warriors.

This is not an especially unfamiliar premise, but Battle Brothers definitely has enough going for it to keep you engaged. You are warned early on that the game will be notoriously difficult and to start out in beginner mode.

The tutorial is very well constructed. It’s helpful without holding your hand through the gameplay or story. It comfortably establishes the kind of world the game is set in and your place within it. You’re given everything you need to quickly jump into the narrative once you’ve got the hang of things. 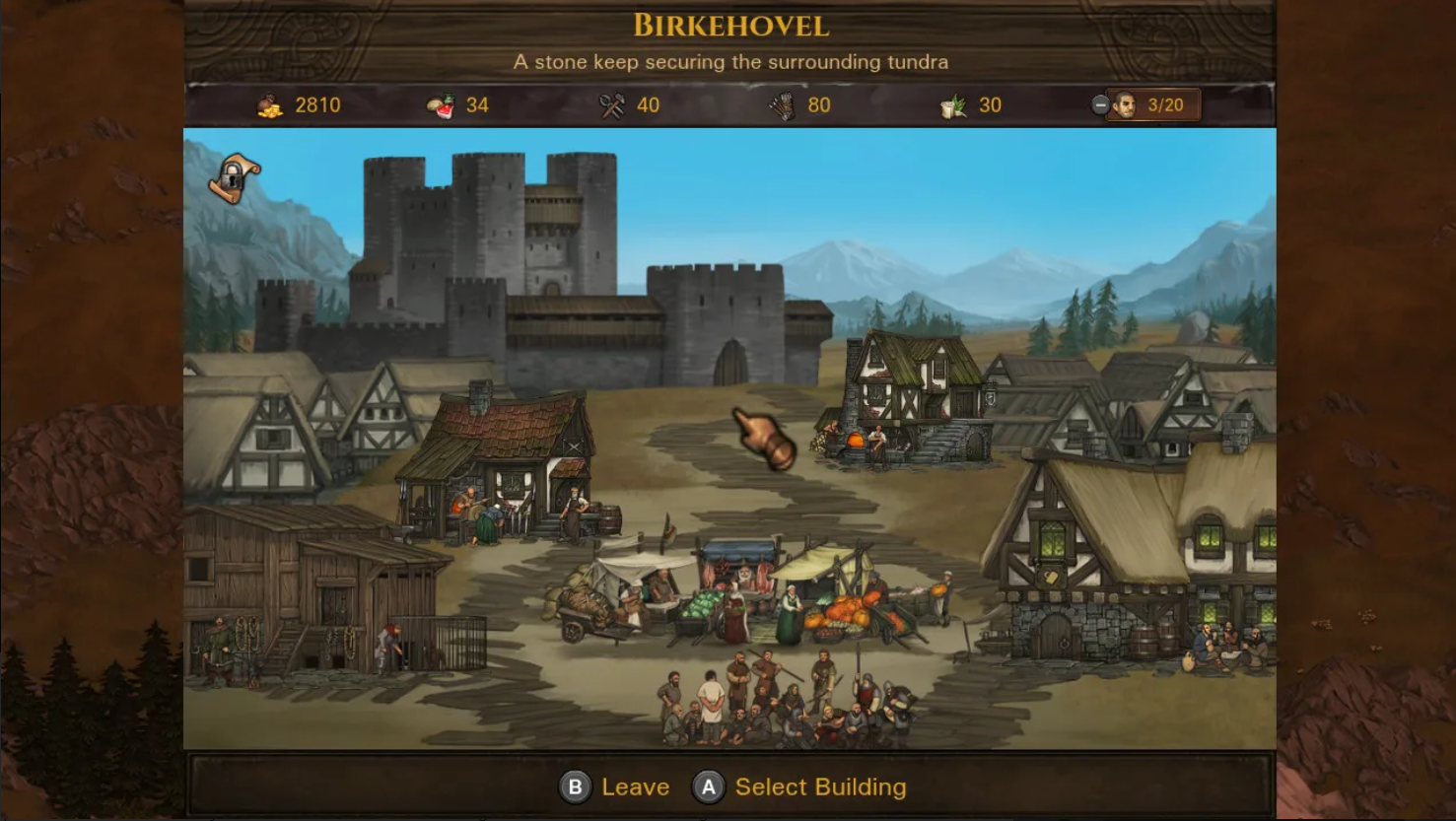 The turn-based battle system is one that many RPG fans will find familiar. It follows a fairly standard format in which you choose how each member of your troupe will act each turn. You have to kill as many of the opposing soldiers as you can while keeping as many as possible of your own alive.

The strategy elements of Battle Brothers extend beyond the battlefield. At marketplaces in the towns, you have to hire men and purchase armour and equipment for them. You have to consider how you’re going to structure your team with melee and long range soldiers. You also have to consider their morale, not only ensuring they are equipped for battle, but also getting a round in at the tavern to keep them happy and friendly.

The details you get about each person when you hire them lend a lot of interesting information about the world to the game. This is complemented by text sections that are very well written. You get a clear idea of the setting and each character has a full and relatable personality. The written segments are also a good length; they give you enough information to feel confident making your next decision without interrupting the flow of the game with long walls of words. 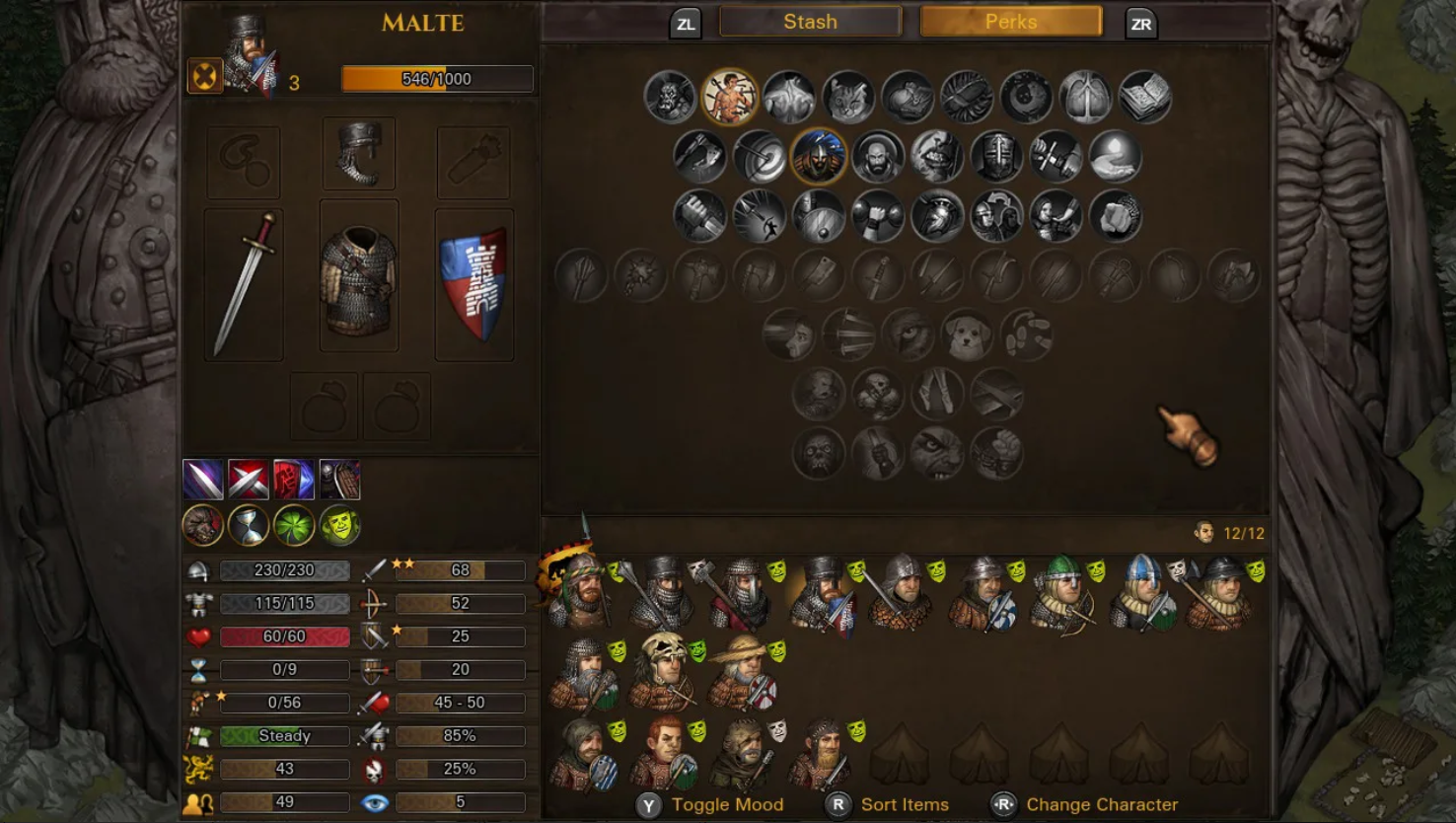 The story itself is also well designed. Your choices influence which of the three primary narratives you’ll encounter: a war between noble houses, a greenskin invasion, or an undead scourge. You get to choose the goals your group will pursue, where you’ll go, how you’ll fight, which contracts you’ll take on. You can even take your team to the barbershop and decide what haircut each soldier will have. This level of detail helps to generate a real connection with each member of your party so it becomes quite an emotional experience when one of them is killed.

Battle Brothers is easily the kind of game you can play over and over again without experiencing it in quite the same way twice. There is a lot to explore and different ways to find your fortune, if you’re up for the strategic challenge.

A turn-based tactical RPG set in a medieval fantasy map, Battle Brothers isn’t the most original premise, but it is well executed and easy to get hooked on.