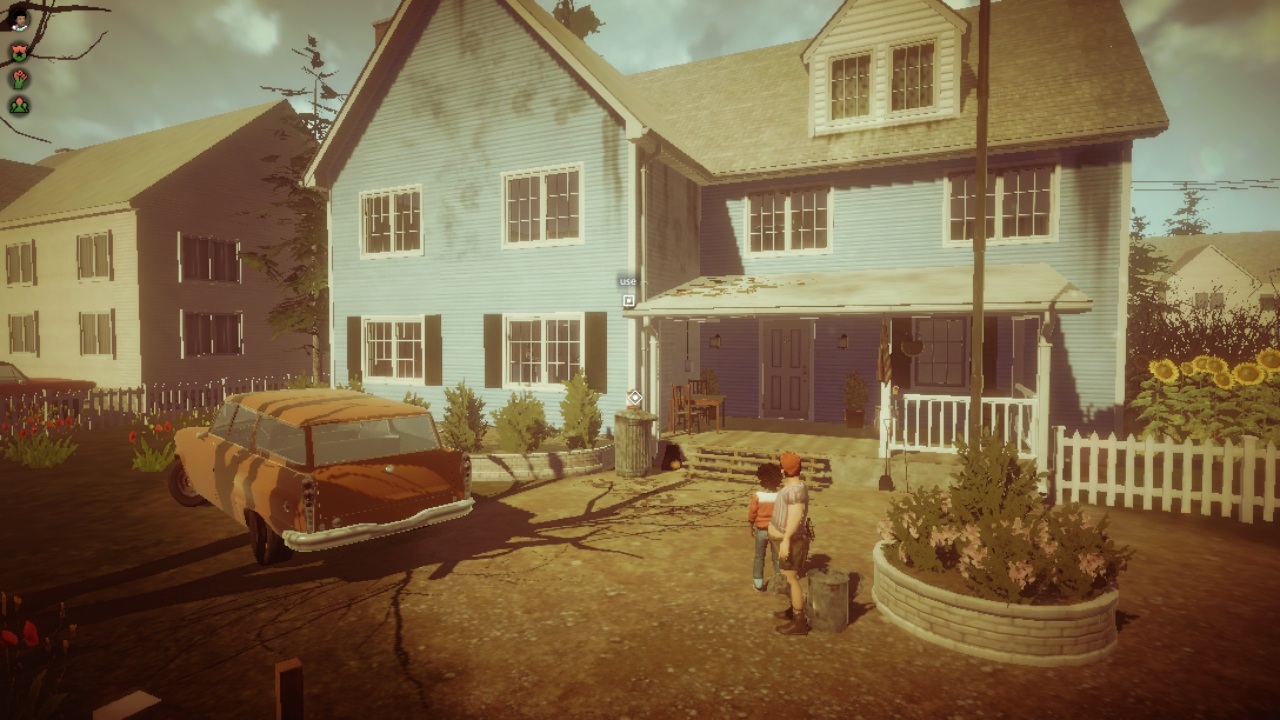 Going to someplace I've never been before.

Best Month Ever tells the dramatized story of a very common tale—the challenges of a single mother raising a child on her own. Louise—the main character and mother of 8-year-old Mitch—is diagnosed with a terminal illness, and she’s told she has only one month to live. During her last month, she and Mitch head on an action-filled adventure to make amends with Louise’s past and find Mitch a home for when she’s gone, all while learning valuable life lessons.

Set in the ‘60s, the game starts with Louise and Mitch pulling into a diner parking lot where she explains she needs to get one last paycheck before heading on their adventure. She tells Mitch to wait in the car and heads in, greeting her coworker. Controls in this game switch between Mitch and Louise, and once she’s inside, you play as the son, running around and watching through windows as his mom is harassed by her boss, and asked to do inappropriate things for her money. 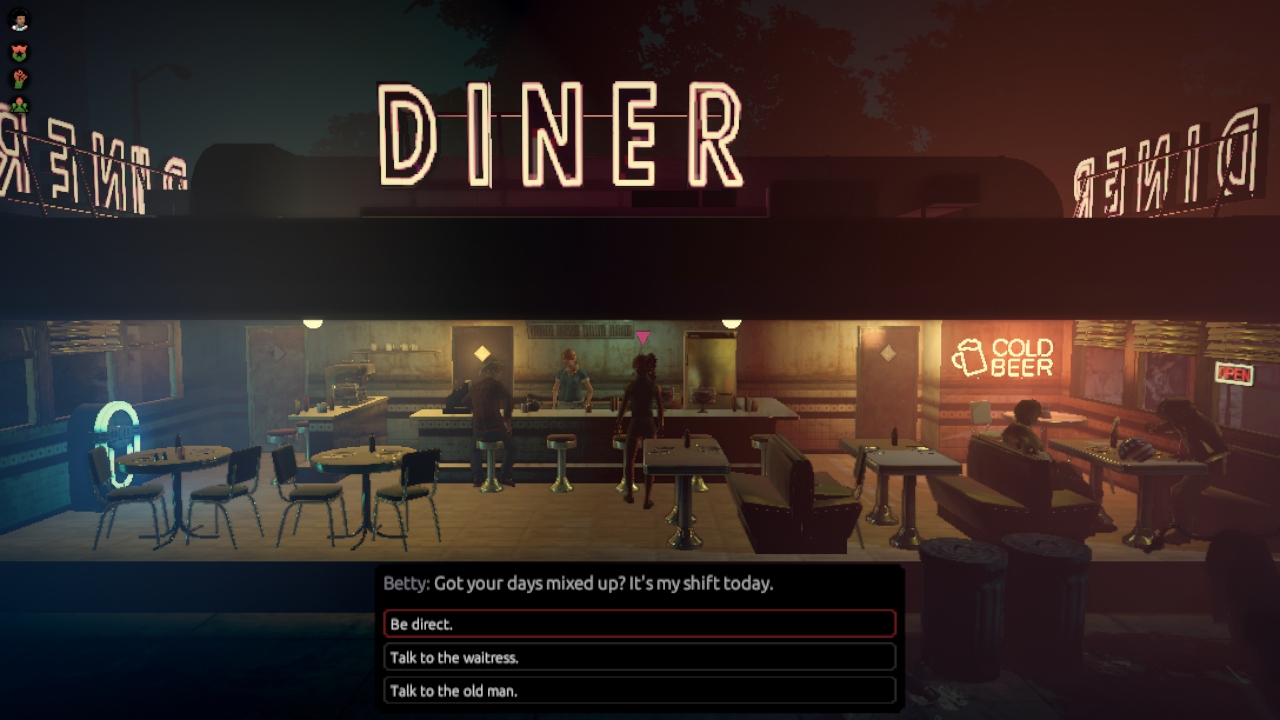 Situations like this happen throughout the game, and you are given different ways to react. What you do will affect Mitch and dictate the man he grows up to be, assigning points to righteousness, confidence, and social relations scales.

The story escalates quickly from here, tackling heavy subjects such as sexual harassment in the work place, racism, sexism, and murder. Mitch is a black child who faces a lot of discrimination as the game continues. And though Louise is white, she also faces a lot of troubles as a single mother who was in a biracial relationship.

The first heavy subject the game brings up is the sexual assault Louise faced as a child. It isn’t said exactly what happened, but the game does say that a Priest and friend of her family offered her candy and assaulted her. When Louise told her family they refused to believe her. This created a wall between them, which eventually caused her to run away.

Desperate for a home for Mitch, Louise returns home after the diner incident, but quickly leaves after being met with serious trouble. She and Mitch are in for even more, though, as their adventure continues. They find themselves in very dangerous situations, such as a KKK meeting, drug trips, and speed chases. 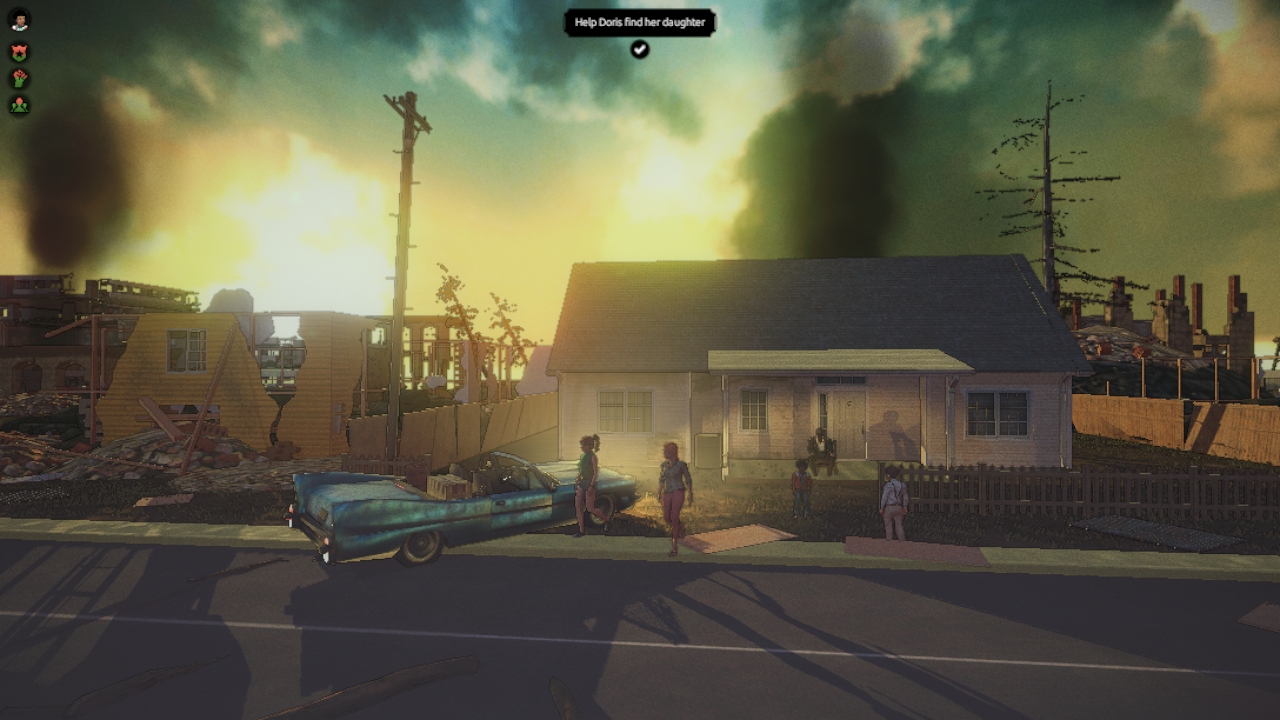 The story of Best Month Ever is told through Mitch as an adult looking back on his life. Though a lot of the game is listening to dialogue, there are moments where you can run around, and even mini game-like scenarios you need to complete to move on.

Best Month Ever shows the difficulty of making decisions when raising children, especially ones of color in a very closed-minded environment. For example, there’s a part on their adventure where Louise has to strip for extra money. She can either remove her clothes to make the crowd happy, or just dance and make less money. She isn’t aware that Mitch has snuck out the dressing room and is watching her, but either way the choice to allow him to see that and earn more, or keep him safe from the objectification of women and earn less is a tough one. This game is good at putting you in uncomfortable situations to help you understand the motivations behind the actions some people are forced to take. 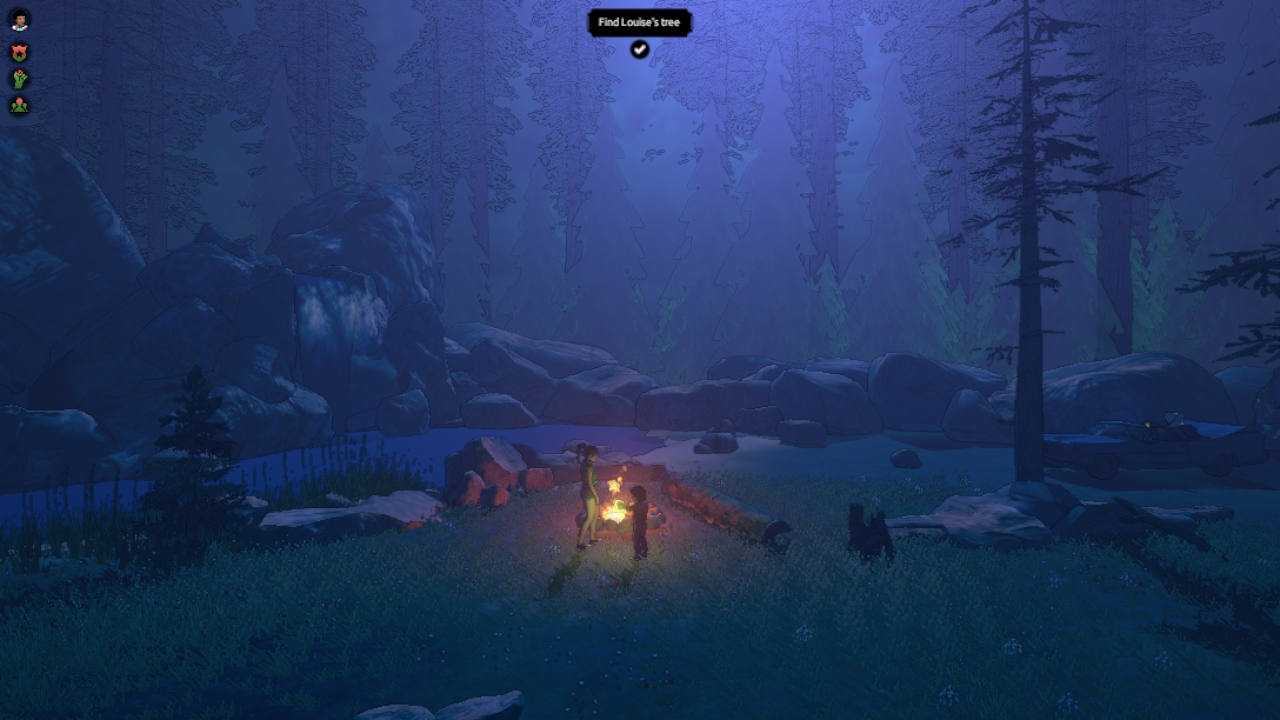 However, some parts of the game seem to feed into the stereotypes they’re trying to break down. Best Month Ever also tried to tackle everything at once, which can be overwhelming for some players. There are some points where very serious subjects are sort of downplayed. This can make sense for pacing purposes, but it’s also sometimes hard to move on from things that happen in the story so quickly.

The graphics are kind of low quality and lag a bit, but the overall aesthetic of the game is very cool and cinematic. The voice acting wasn’t the best, but I never found it annoying. The controls are also very simple and easy, though one puzzle where you control Mitch driving  the car gives no instructions on how to do so. For a good couple of minutes I sat there having no idea what to do until finally I pressed the ZR button to accelerate. Most controls are handled with the left analog stick and A button, so I didn’t even know ZR was an option. 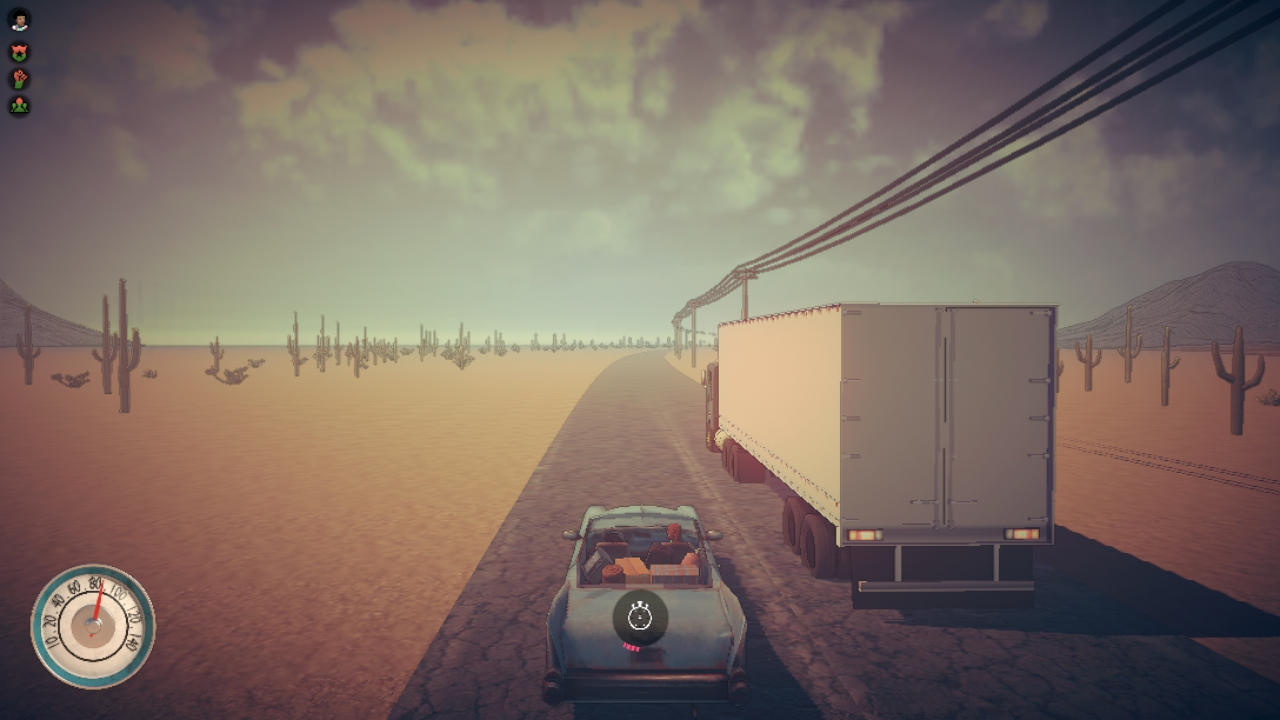 Those issues aside, Best Month Ever is still a very fun game due to its touching story and difficult choices. If you really get into the game, it helps you understand how hard parenting can be. It illustrates that what you do and say matters (quite literally, because your choices affect which of nine possible endings you’ll get). Being a single mother can be very tough, but Best Month shows there are always good moments within the bad.

Best Month Ever is a touching adventure game about a mother trying to set her son up with a good life as she faces a terminal illness. The game tackles serious subjects such as racism, sexism, and violence, and the choices you make along the way will affect Mitch and shape the man he grows up to be.

Growing up in a house of Nintendo gamers, it was inevitable I'd become attached. I especially enjoy games along the lines of Animal Crossing and Stardew Valley, and I'm oddly entertained by making characters run up stairs. I also love all things cute and cuddly…even more so when I can make those things fight in dungeons.
Submit a Comment