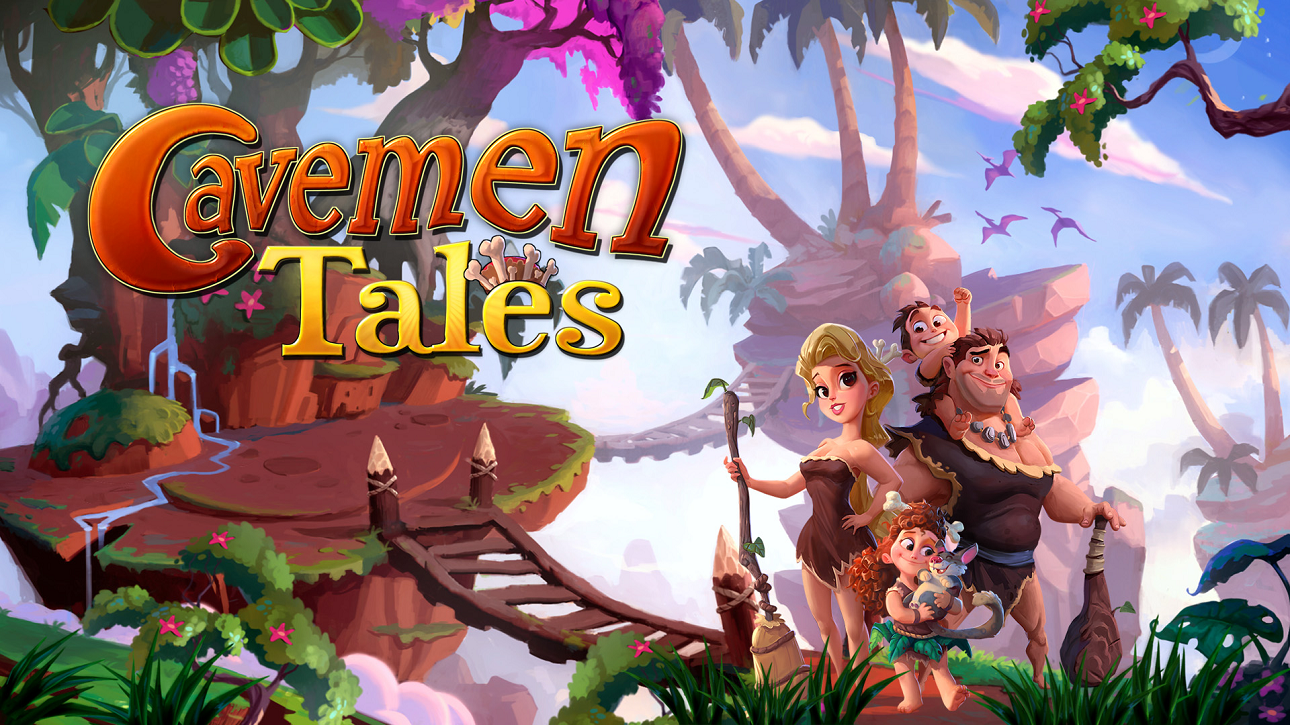 Cavemen Tales could be a construction and management simulation to win over those who might otherwise overlook the genre. Does that opening line sound familiar? If you’ve read my review of Country Tales, it should. Cavemen Tales is more or less a reskin of that title.

I suspected as much from merely looking at the screenshots and reading the description on Nintendo’s game page. Which is why it sat in the review queue for a while; I didn’t feel like playing the same game one month later. But here I am, struggling with how not to plagiarize myself.

Look, I thought Country Tales was a pretty good game. So it should come with little surprise that I feel (in many instances) similar about Cavemen Tales, or Caveman Tales, as it’s spelled on the Switch eShop. But it truly is, in effect, the same game. The structure is nearly identical. The layout and your tasks will cause déjà vu. Even the story hits familiar notes.

Frankly, the story was the one thing with the potential to elevate this game. You’re a caveman living above the forest. I suppose Forest Man doesn’t have the same ring? Unlike the stock characters (feral, shaggy, slow-witted, uncultivated savages grunting like Tim “The Tool Man” Taylor), these “peculiar” characters are quite articulate. But even with a refreshing take, I found the Country Tales characters were better. I cared about them more.

The story here is also very underutilized as far as the visuals go. The style isn’t all that different from its predecessor. The developers seriously missed an opportunity to throw in large numbers of dinosaurs to make Cavemen Tales stand out. It’s a real bummer, as dinos can lift up most games.

So you’re left with an all too familiar 40 level adventure, with the same control quirks. Cavemen Tales is still semi-addictive and has some good music. But the feeling of “been there, done that” is as real as can be.

Cavemen Tales isn’t as good as its predecessor—the theme’s weaker, and the characters are less appealing. Mostly, being an untimely reskin, it just can’t have the same impact that Country Tales had. There’s at least one other game in the ol’ Tales series (Kingdom Tales). Will it also be coming to the Nintendo Switch? If so, I’m going to try hard to get a fresh reviewer. I’ve had my fill of Tales games for a while.

Cavemen Tales isn’t as good as its predecessor—the theme’s weaker, and the characters are less appealing. Mostly, being an untimely reskin, it just can’t have the same impact that Country Tales had.