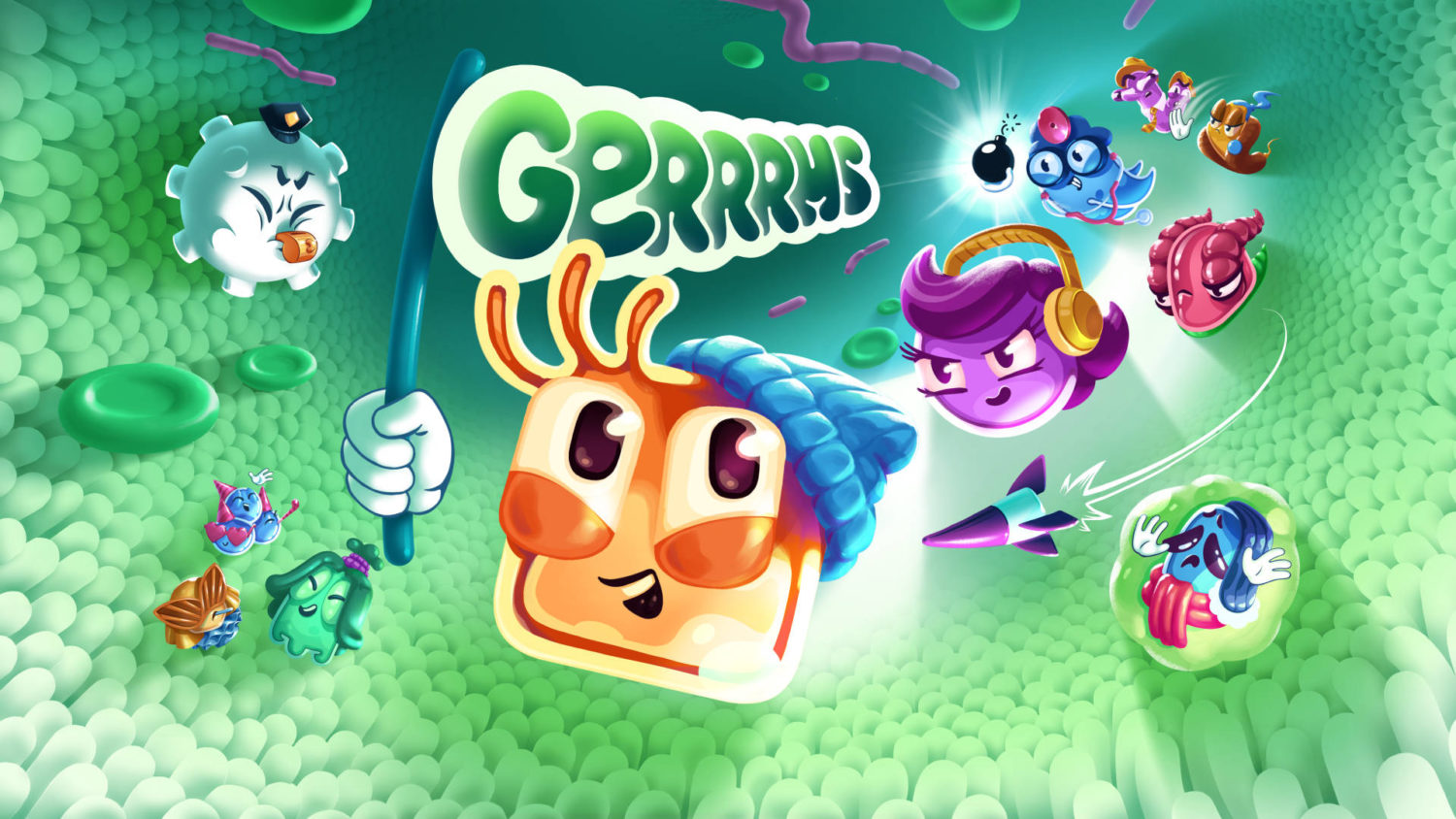 Gerrrms is a multiplayer brawler for the Nintendo Switch developed and published by Bugbomb. It’s cute and easy to learn, but it’s just a drop in the ocean of so many party-type games. Does this one stand out in the crowd?

The premise is super simple: select your germ avatar and proceed into an arena to compete in a variety of contests. If you’re the last one standing, you’re crowned the victor. 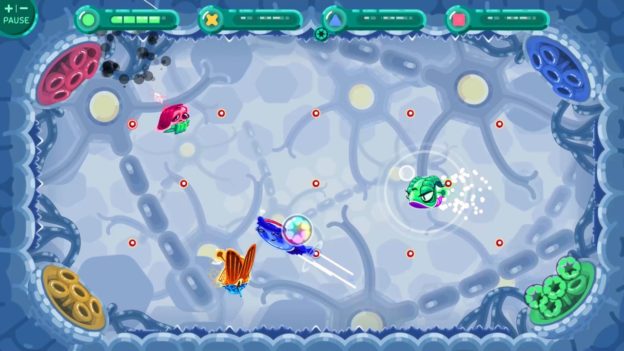 There are several options to choose from: Tournament, Custom Match, Missions, and Tutorial. I always appreciate the inclusion of a tutorial section, so kudos for that. This mode takes you through the basic moves of the game. I’ll cover Missions and Custom Match later, but you’ll spend most of your time in the Tournament area.

Tournaments consist of six rounds. The actual events are randomized, so you might be playing capture the flag one round, then a bomb version of hot potato the next. There are seven types of events available, two of which are unlocked when you begin. In each round, you’re granted a power, which is again randomized. These powers range from ramming into each other to slapping each other with giant hands. 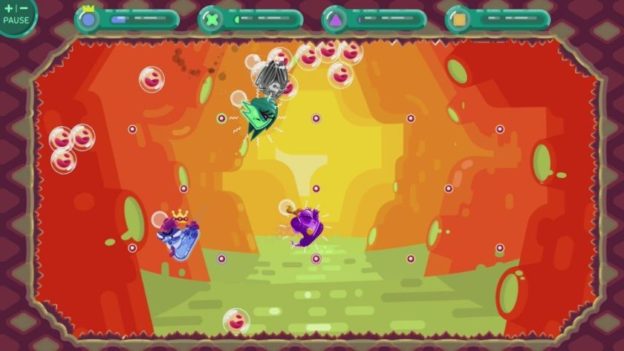 This randomization of events and powers keeps Gerrrms feeling like a box of Forrest Gump’s chocolates – you never know what you’re going to get. It keeps it fresh. Though if you fancy a quick match of, say,  capture the flag, that’s possible, too. This is where the Custom Match comes in. Here you can choose your event rather than rely on the randomization aspect.

A nice addition that helps the replayability is a series of achievements in the Missions section. These include things like passing a bomb to dodging someone three times. As you gain more achievements, a little graphic of a human body slowly fills up until you’ve reached 100%.  Each achievement also grants you new moves, events, and characters. 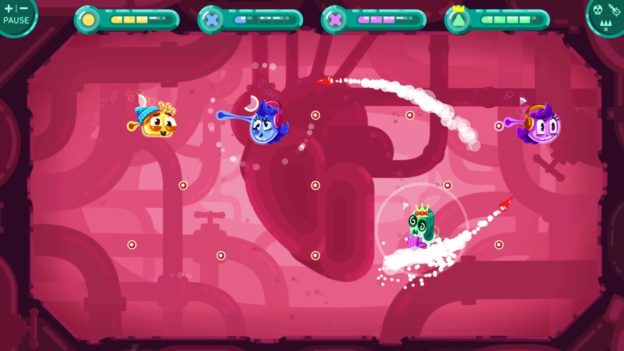 One thing missing from Gerrrms is a dedicated solo-player mode. Tournaments can actually be played with one player, though you’ll need at least one CPU-controlled character to compete with. It’s great that this is available, but it’s definitely more fun with other humans involved. If there was a special mode just for one player, I think it would go a long way to improving the game’s longevity.

The graphics are cute and colorful. There are 11 characters to discover, each with a silly name like Ziggy or Paris, though this is customizable. So are the colors and the CPU difficulty. These options may be simple touches, but they’re much appreciated in a multiplayer environment.

Overall, Germs is a cute game for a few players to enjoy in short bursts. I appreciate the well-designed user interface and decent amount of options, plus the fun premise of germs battling in a body for supremacy. On the downside, there’s just not enough to entertain you for long periods, and the lack of a dedicated single-player experience is unfortunate.

Germs is a enjoyable with a few players in short bursts. The user interface is well-designed and there are plenty of options, plus its just plain fun being a cute germ battling in a body for supremacy. On the downside, there’s just not enough to entertain you for long periods, and the lack of a dedicated single-player experience is unfortunate.