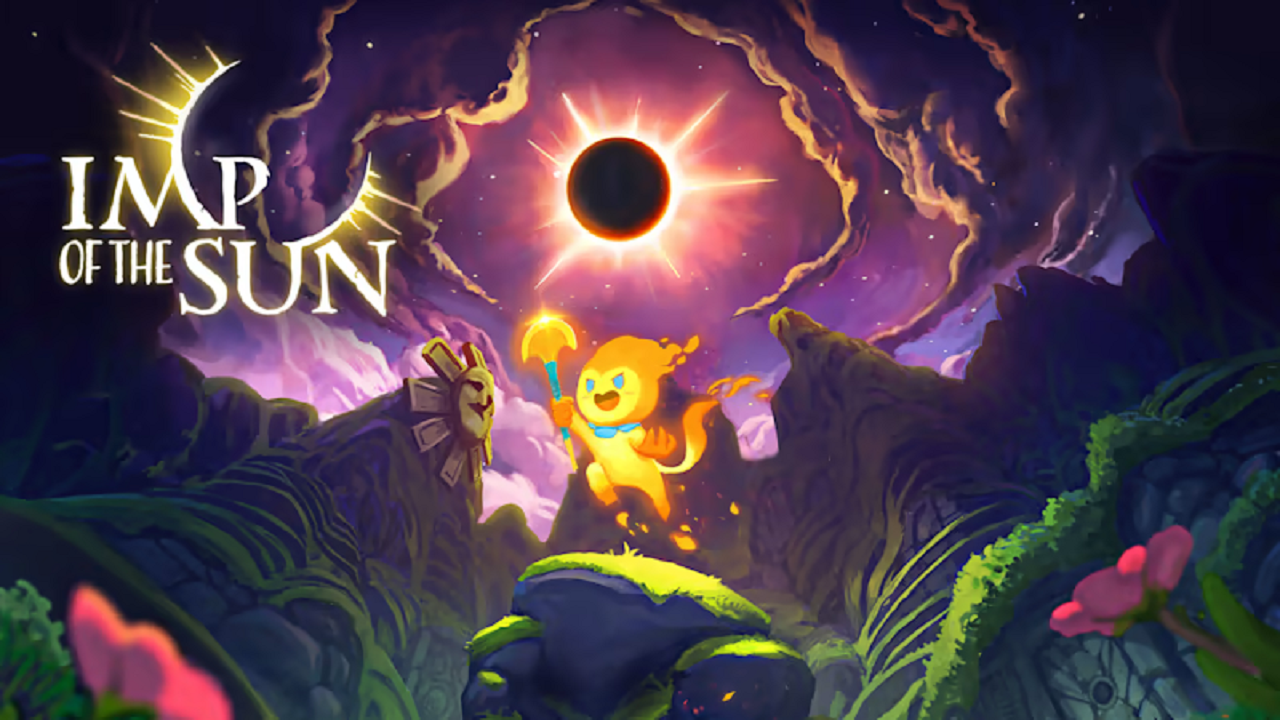 Imp of the Sun is a game taking place in a world that resembles ancient Inca society. You play as Nin, a sun warrior trying to return to the sun. The 2D platformer takes place in a fun world with a ton of room for exploration, much more than you’d expect from a game like this. The game is relatively short, but each level design is colorful and fun. You are guided by some well-designed side characters, and Nin is an incredible-looking main character. The tiny sun god is very original and not like anything I have seen before.

Nin’s goal is to return to the sun by defeating the four Keepers who are locking the land into a permanent eclipse. To do this, you must travel to different parts of the land and conquer those areas. The level design of these other areas is simply beautiful, and that alone kept me engaged in this game. You go underground, in caves, and above ground all seamlessly.

While the game design is special and something I really enjoyed, the actual playthrough left much to be desired. The combat is clunky and doesn’t flow well on a switch controller. Additionally, the enemies didn’t look as magical as the rest of the world demanded. I enjoyed exploring this 2D world much more than any combat aspect, which is required to progress in the game. The fighting itself reminded me of older generation walkthroughs, as did the jumping; at times, I felt like I was playing “Disney’s Aladdin” on Super Nintendo.

The game is definitely a Metroidvania where there are a ton of collectables, and that kept me engaged in my quest for exploration. While some turns seemed counterproductive, I was rewarded with a new item or key that I would need later in the game. This would keep me engaged and seemed to fit more with the game and the characters.

The design of Nin himself was terrific. Whenever you would walk by a torch, you would regenerate your health, and you can also heal yourself in a fun way. You power up in a strong way where energy flows through you, and you grow slightly bigger. The screen also gets a purple film on the edges when your health is low, so when you heal, that also goes away.

Unfortunately, the gameplay and story got dull as time went on, and it did become a challenge to finish the game. The level design and graphics for a 2D platformer were exciting and enjoyable. This game felt like it was trying to be “Ori and the Blind Forest,” but without that level of remarkable design or gameplay. The game itself was fun, but I was let down as I thought it could’ve been really special with a little more done to the storyline and gameplay mechanics.

While the graphics are terrific and the level design is highly creative, the gameplay leaves much to be desired. This game is entertaining and visually appealing but left a lot else on the table.