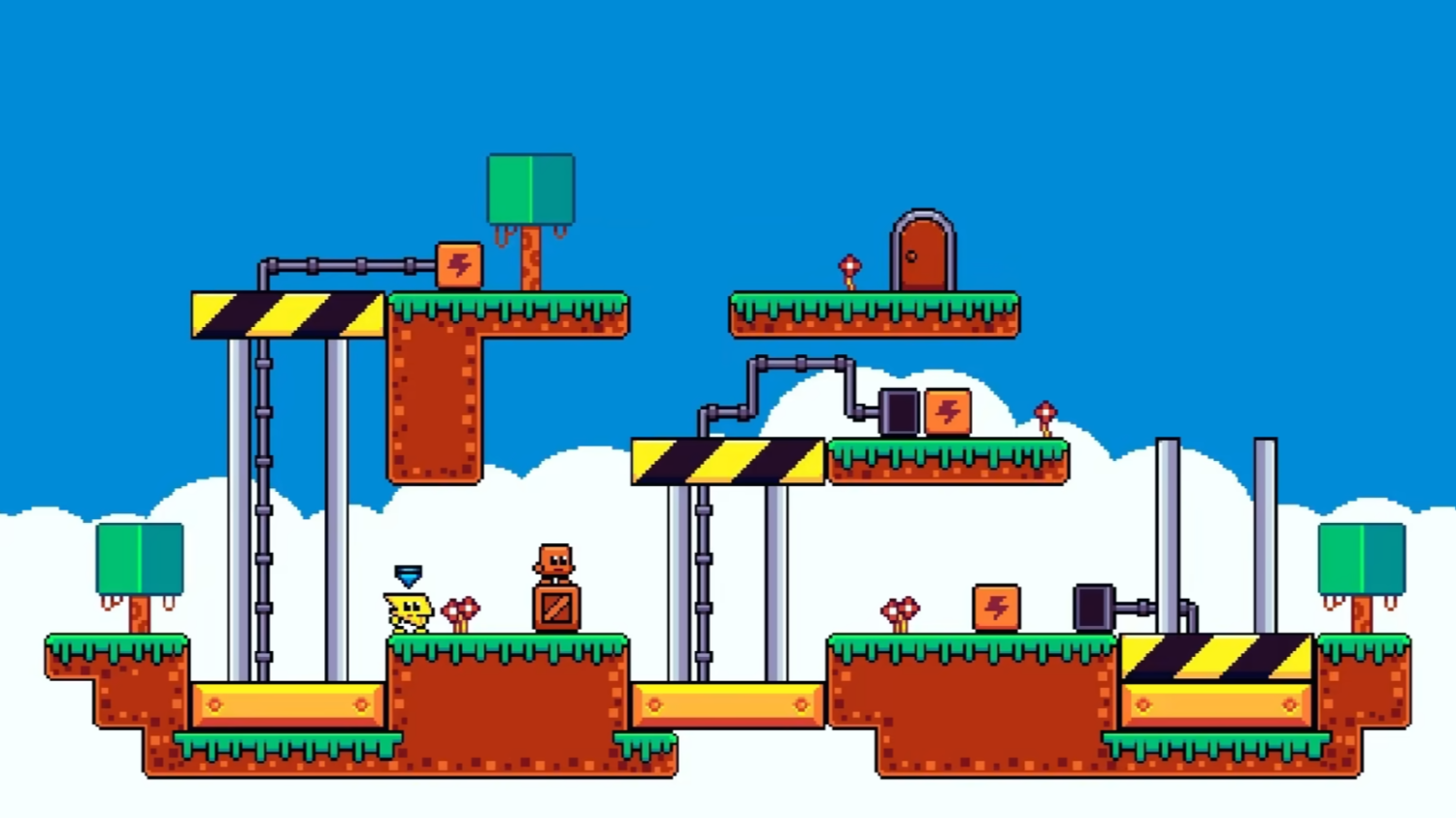 Kinduo is one of those cute puzzle platformers that focuses on the small details that make it different so its simplicity works to its advantage.

You play by controlling two characters, a block and a bolt of electricity, either in co-op mode or swapping between the two as a solo player. Each character has unique abilities and you need to figure out how to effectively utilise both to get across each platform.

The block can push heavy objects out of the way and smash through weak platforms to clear a vertical path. The bolt of lightning can trigger platforms to move and set off explosives using electricity, as well as dash across large gaps to access different areas in each level. 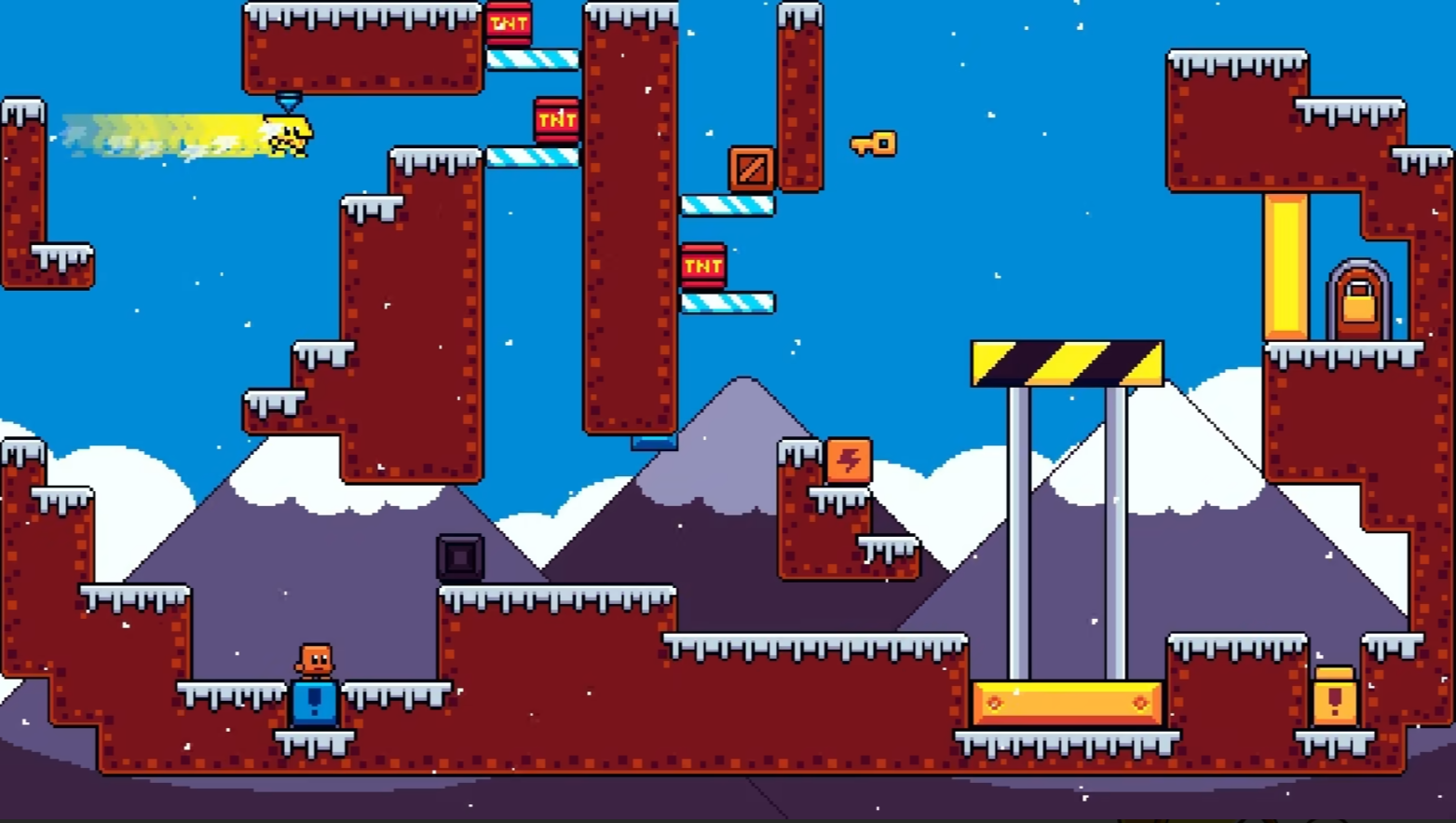 These characters compliment each other nicely and generate a sense of collaboration from the very earliest level. I like the way the contrasting characteristics have been built into the little details of the gameplay. For instance, the block moves slower than the bolt of electricity, and you can feel the difference in the controls.

The platforms aren’t terribly complicated. It’s easy enough to figure out the puzzle in each one. They start off simply enough and become more complex as you progress. Later stages feature different combinations of levers, moving platforms and obstacles that you need to manipulate in the right order to get both your characters safely home.

This makes sense for a game with an E rating. It has to be accessible to children, who won’t have experience with more challenging puzzle games. I think it works well enough when you take that target audience into account. For more seasoned puzzle game players, Kinduo can still make for an enjoyable platformer, more suited to a brief, relaxing run than a proper brain teaser. 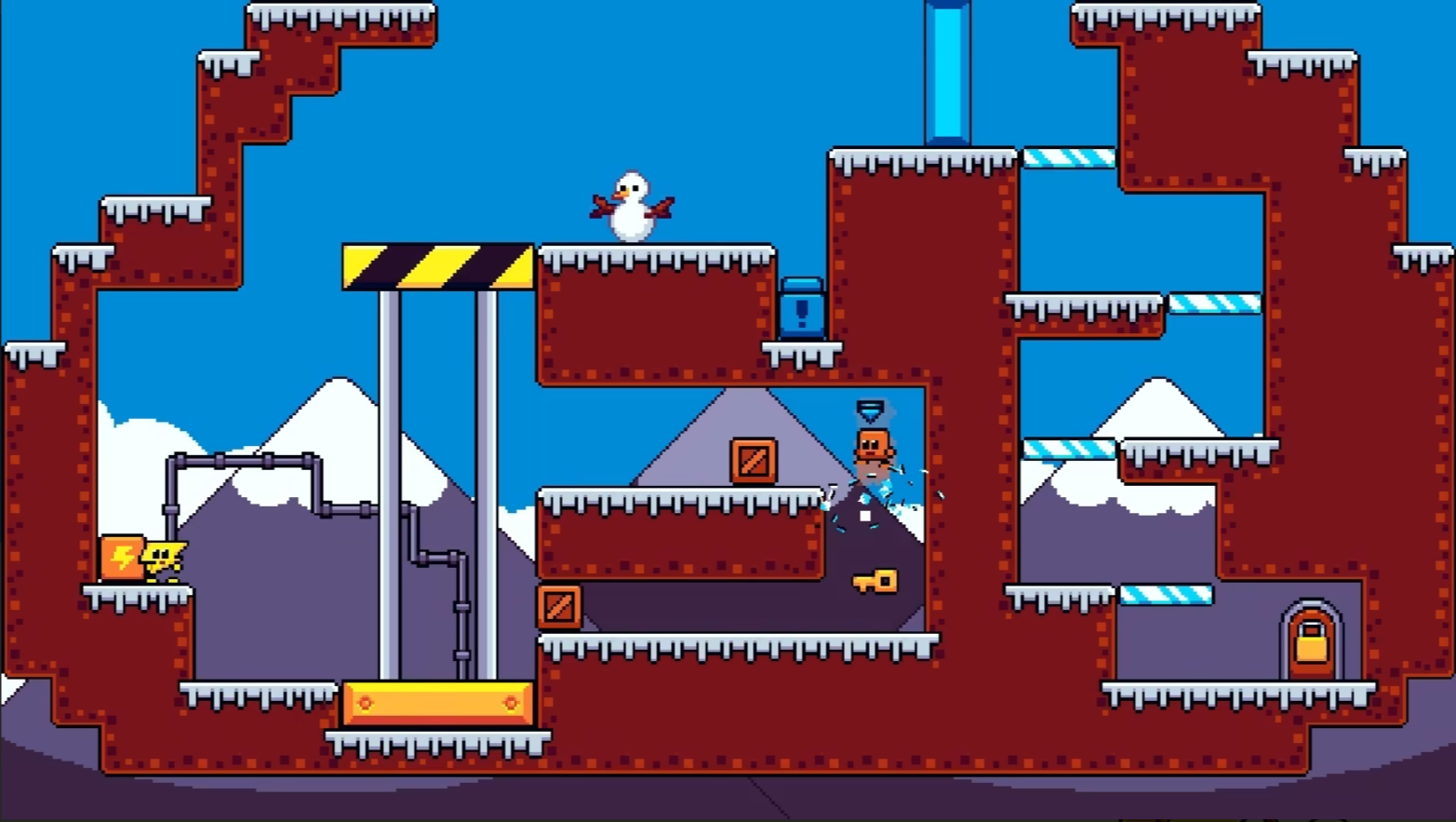 Kinduo is a relatively short game, but once you’ve completed it, you are treated to an additional secret level. This is a fair bit more challenging than the game up until then, almost twice the size of other platforms and requiring some creative thought.

You can go back and replay levels, but Kinduo doesn’t keep track of how long it takes you to solve each one. This could have been a simple addition to the game that would’ve provided more motivation to play it again.

I like the way that the background changes as you progress through the levels. Rather than using a basic colour scheme or static background, different levels are set in fields, a graveyard and then snowy mountains. This offers the game some narrative, providing an idea of the adventure the two characters are going on as well as in-world explanations for the various obstacles in your path. For instance, the sheets of ice you can smash through are only found in the mountains. I think this is a cute touch that shows some of the thought that has gone into this game. 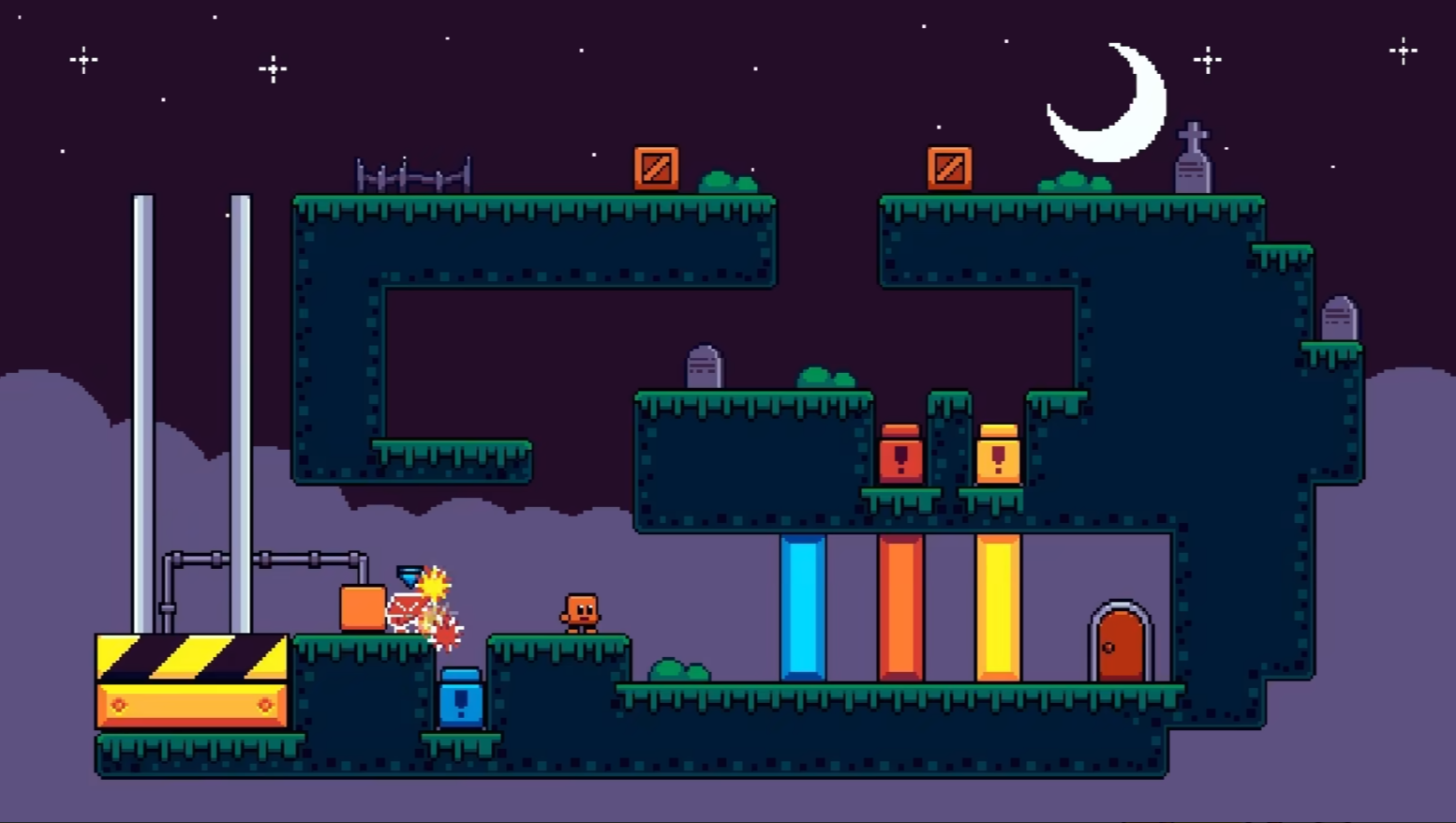 Kinduo is a decent addition to the wealth of similar puzzle platformers available on the Switch. It has a cute style, the puzzles are interesting if not hugely challenging and I think the focus on cooperation is really nice.