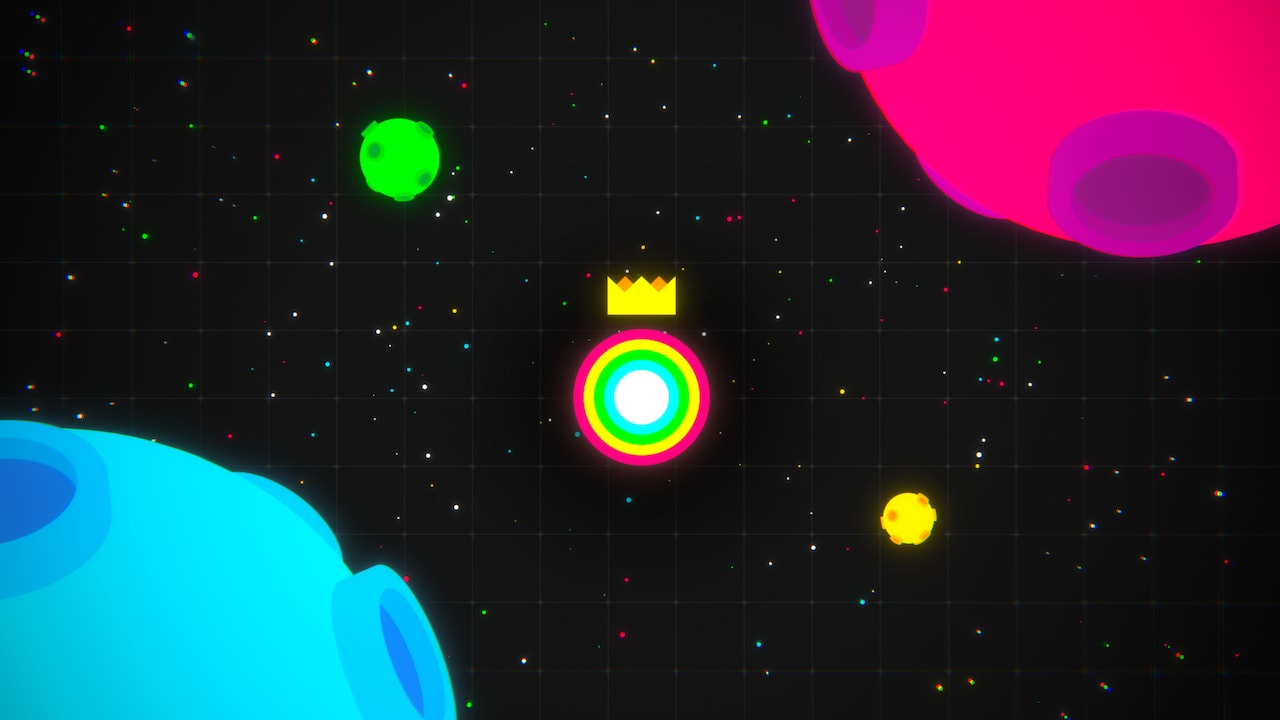 I feel that the publisher, Atari, has been asleep for a long time, so seeing their name on Kombinera put a big ol’ smile on my face. Kombinera is a puzzle platformer – a genre that is fast becoming a favorite of mine.

Within Kombinera, you must control multiple balls simultaneously and find a way for them to merge. It sounds simple enough; however, there are several obstacles and hazards along the way, AND the simultaneous movement can be very puzzling. Getting two balls on opposite ends of the stage together can be difficult. Especially when you move left, they both move left! This becomes harder and more brain-bending when different colored balls are added, increasing their number. 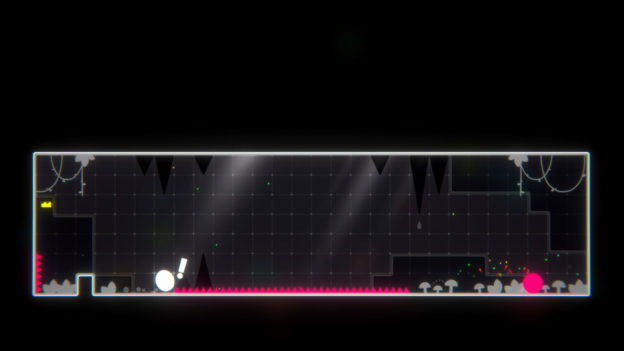 The controls are highly accessible, and for me, it’s usually the simplest of mechanics fused with complex puzzle design that creates a recipe for success. In a difficult puzzle game, the last thing you want is to blame the controls for losing a level. Kombinera is simple, with three commands to remember. Left and right to move your balls, the A button for a small jump and B for a larger jump. It is nice, simple, and easy for anyone to pick up and immerse themselves.

Each color ball has its own ‘ability’. For example, the red balls are the only type that can roll over spikes. Yellow balls can break yellow walls down. Green balls can survive lasers, and white balls, well, they need protection from everything! Each ball is introduced with a friendly and simple tutorial of how they work and then incorporated into future puzzles where possible, slowly adding more and more complexity to Kombinera.

This slow build of complexity is highly rewarding. You feel a genuine sense of accomplishment as each layer is added to make your brain tick that much more. There were numerous times I was stumped on a handful of levels, and with the lack of hints, this became quite frustrating. However, navigating and thinking of creative ways to complete the level you’re stuck on is part of the charm that makes Kombinera highly addictive and a must-play for anyone who likes puzzle games. 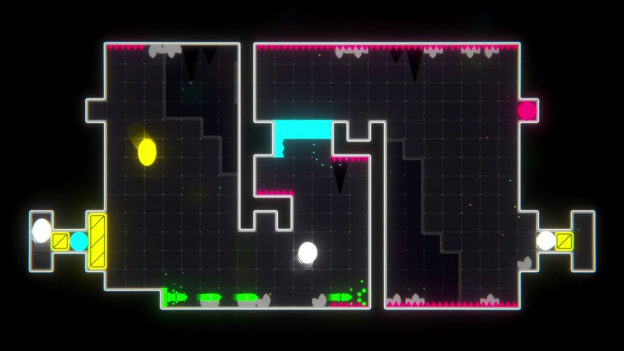 Each level has a crown somewhere for you to collect. You’ll need to go out of your way to get this. A timer in the top left-hand corner displays how long you have spent on the current level. Next to this is a target time to beat, which adds a level of competition to go back and beat those times, especially if you are playing with someone.

Kombinera isn’t just your puzzle to puzzle game. Instead, there is a story woven within this puzzle platformer. Although, you have to piece it together. From what I gathered, there is a king of the world of Kombinera (King Kombine as per the video game description), and evils shapes (essentially anything other than balls) have taken over the world. So your job is to save both the king and combine all of the balls again to restore peace. At least, that’s what I gathered. In between some levels, you’ll get a cut scene adding to this narrative – which is an excellent opportunity to show off the beautiful color and sound design in Kombinera.

As you begin Kombinera, there is an epilepsy warning that you must read and accept. Very early on, you can see why this was needed. The colors on the screen are so bright and vibrant and will definitely be a feast for your eyes with quick bursts of bright colors from the more common black background. The moment I experienced this, I knew I had to turn all the lights off in my house, un-dock my OLED Switch and bask in the stunning colors and visuals.

Kombinera describes itself as a brain-bending puzzle platformer, and it succeeded in every word of that description. If you’re a fan of simple yet stunning visuals and popping colors coupled with a highly addictive puzzle game Kombinera is precisely for you.