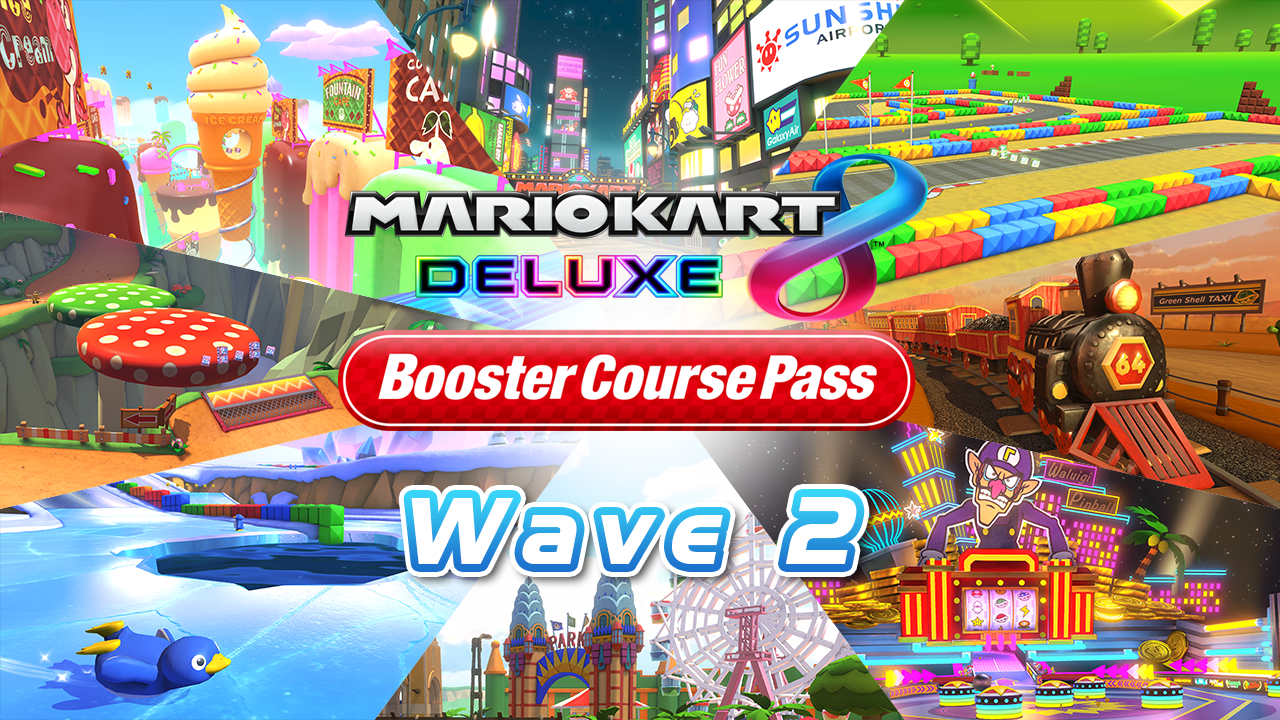 It’s been four long months since the first wave of DLC came to Mario Kart 8 Deluxe. After much speculation (and a little impatient moaning), fans have finally been treated with wave two of the Booster Course Pass; and it was absolutely worth the wait.

As with the first batch, wave two brings us eight new tracks across two new cups. It’s a mix of old and new, with retro courses from across six previous Mario Kart outings, along with a brand new track. In short, there’s something for everyone.

The new cups are named the Turnip Cup and Propeller Cup. While the turnip moniker sounds odd, it’s actually a throwback to the classic and often misunderstood Super Mario Bros. 2. In that game, Mario hurled vegetables – mainly turnips – at enemies like Shy Guys and Bob-Ombs while defending the world from Wart. It was a nice change of pace from Bowser’s usual fury, and a quirky addition to Mario’s legacy. It’s nice to see it being paid homage with its very own cup.

The Propeller Cup, on the other hand, is a more recent reference. The Propeller Mushroom was first unleashed in New Super Mario Bros. Wii, allowing Mario and his pals to fly up, up, up like a little helicopter. In fact, I always thought it was called a Helicopter Hat. Either way, it’s a fun powerup and another great cup name.

Let’s break down the eight tracks that make up wave two of the Mario Kart 8 Deluxe Booster Course Pass.

Hailing from mobile devices comes this Mario Kart Tour track that takes a trip through the Big Apple. Highlights include yellow taxis, steam-powered sewer grates, and a romp through Central Park. It also displays the differing route options we’re used to seeing on Tour courses, meaning a wrong turn could take you down a longer path. It’s just like wandering through the streets of New York, really! This gorgeously fun track is a great opener for the Turnip Cup. 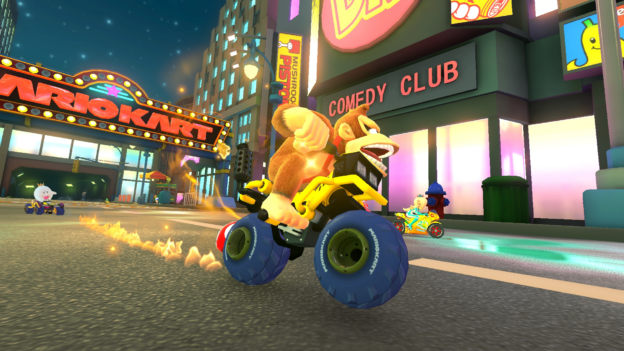 This classic title from the original Super Mario Kart is a fast and furious race, full of tight turns and speedy corners. You’ll need to powerslide your way through this track, which is especially hectic in 150cc; or 200cc if you can handle it! It’s one of the more difficult Mario Circuit tracks, and a fantastic inclusion here. 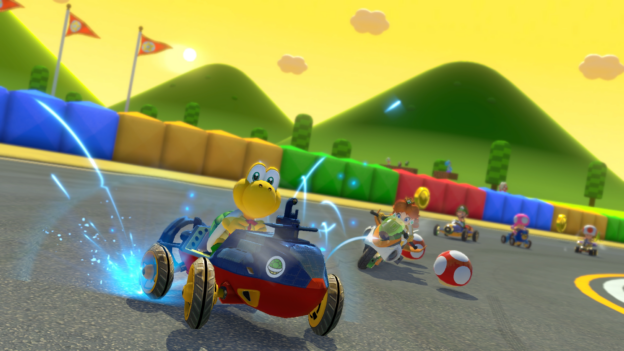 Another classic title, this time hailing from the Nintendo 64. The most notable feature is the presence of a railway line running through the desert, occasionally crossing the racetrack itself. Bad timing can mean being hit by a large locomotive, spinning you out. What makes this renewed version so delightful is a new addition to the track; no spoilers, but let’s just say the train is much more involved this time around, and it’s an absolute blast. 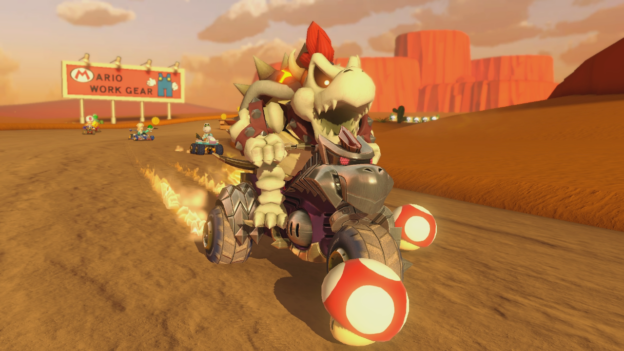 What a spectacular way to finish this cup, with one of the most well-designed yet frustratingly difficult tracks. This is a fun romp through a pinball machine, complete with giant metal balls and moving flippers that bounce you around. It’s a chaotic track full of tight turns, fast-paced mayhem, and lots of laughs (and occasional curses). 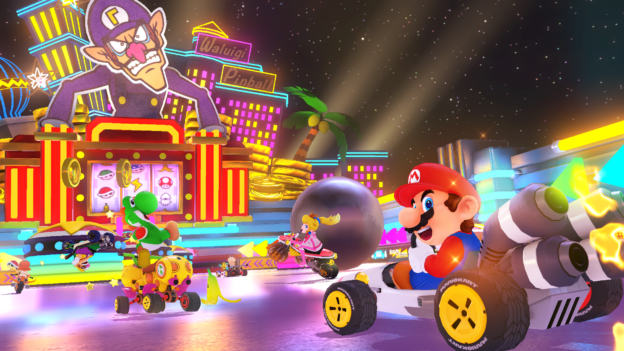 Being from Australia, I was particularly excited to try this track. It comes to us from Mario Kart Tour, though it’s new for me. It’s a little like a snow globe of a city, with so many elements crammed into one small setting. From cruising right through the Opera House to passing Luna Park, there’s a lot to enjoy here. And what could be more iconic than crossing the Sydney Harbour Bridge? This is a colorful, slick, and exciting track that opens the Propeller Cup with style. 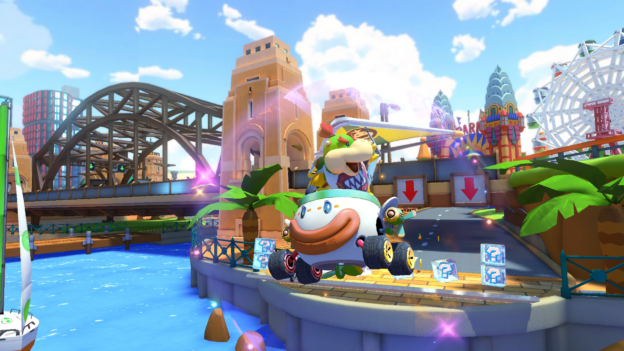 This is a slightly more obscure track since the GBA outing has the least sales of the Mario Kart franchise. It’s also the track with the biggest makeover, taking its simple origins and creating something spectacular on the Switch. The ice is glistening, the penguins are cute yet annoying, and the background looks like a winter wonderland. It provides the perfect backdrop to a fast-paced race through the snow. 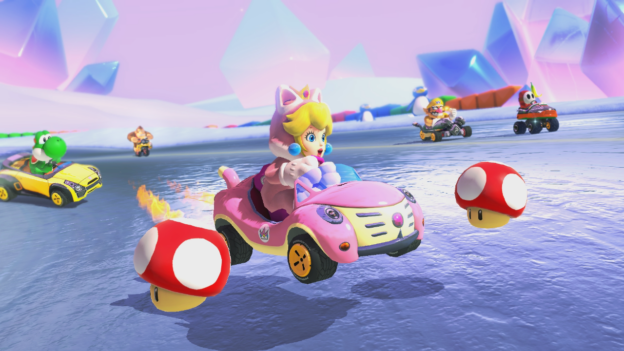 There’s a good chance players will remember this circuit, which originally debuted on the Wii. It’s actually my least favorite of this batch, but only because I find it the hardest! It’s a fun romp through a garden-like level, complete with giant bouncy mushrooms. Those bouncy ‘shrooms are helpful if timed correctly, but can be a curse if you happen to be shocked by lightning or struck by a blue shell mid-bounce. It’s all part of what makes Mario Kart shine, of course, and this is another hectic yet fun race. 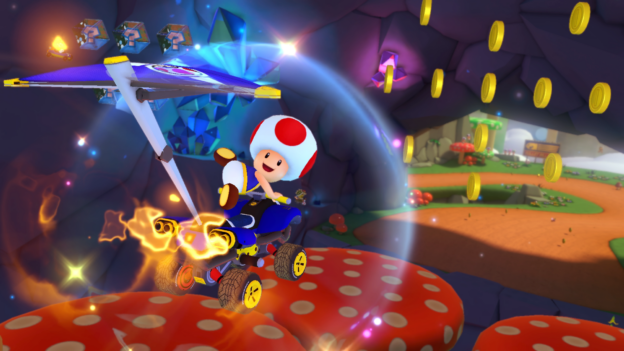 This is a completely new track made especially for this cup. It’s delightful in its design, with an intense and fast-paced difficulty reminiscent of Rainbow Road, especially on your first run. The tight corners are ripe for soaring off, with the entire track covered in a sickly sweet dessert that makes your mouth water. There are wafers, sundaes, and plenty of sprinkles (or jimmies if you’re from New England). There’s even an adorable ice cream store at the start and finish line where Toads and Shy Guys can enjoy a little dessert themselves. 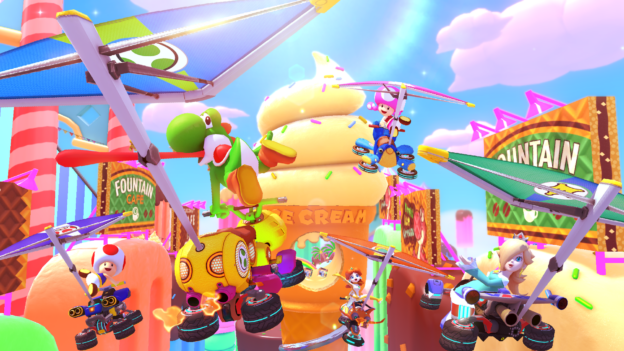 It’s the attention to detail that makes these tracks so special. It’s super fun to spot the extra little things happening in the background, particularly in tracks like New York Minute and Sydney Sprint. There’s not a bad track in the bunch; each one is a beautifully designed trip, whether it’s one down memory lane or one that equates to creating new and fun memories with family and friends.

The Mario Kart 8 Deluxe Booster Course Pass can be purchased for a one-off payment of $24.99. With wave one and now wave two currently available, you’ll be treated to 16 additional tracks, with many more to come over the next 18 months. If you happen to be a Nintendo Switch Online + Expansion Pack subscriber, these courses are already included in that package.

Overall, wave two of the Mario Kart 8 Deluxe DLC hits the spot in every way. The first batch is great, but I found myself enjoying this round even more. Every track brings a smile and feels like it belongs. It’s a fun yet challenging collection that will have fans laughing, even while occasionally losing in frustration.

Wave two of the Mario Kart 8 Deluxe DLC hits the spot in every way. Every track brings a smile and feels like it truly belongs. It’s a fun yet challenging collection that will have you laughing, even while occasionally losing in frustration.