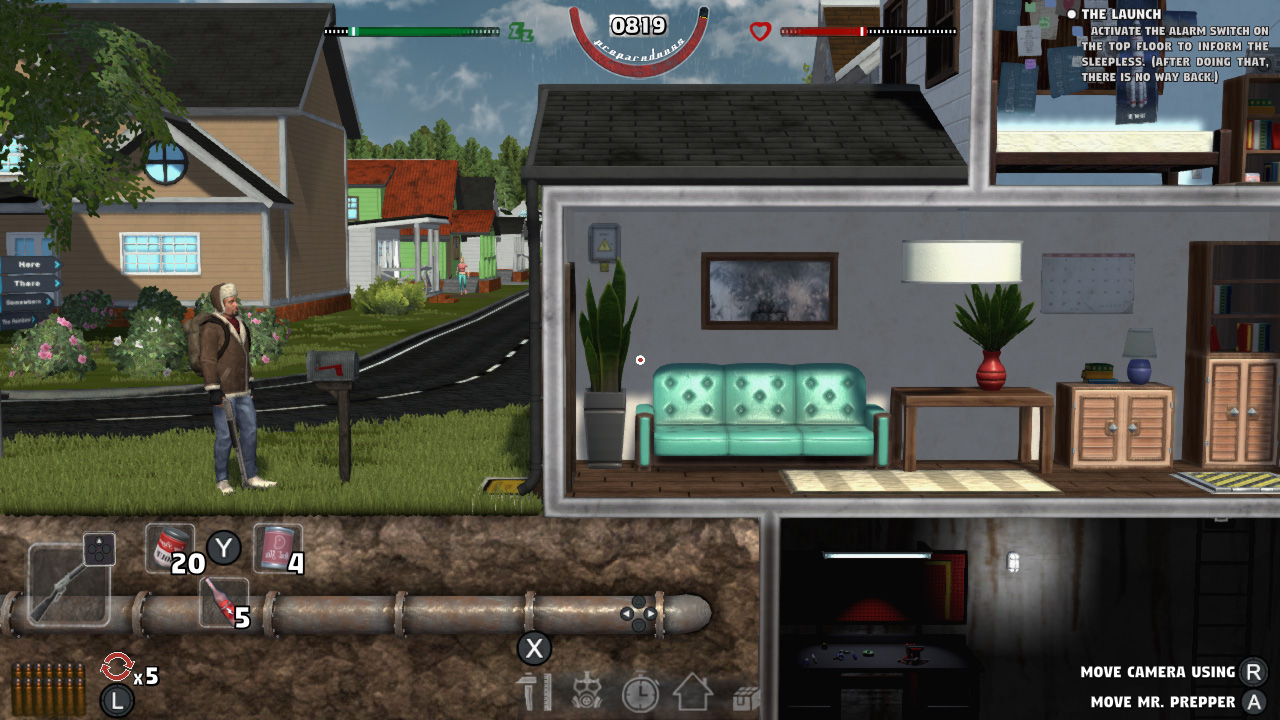 By Kirstie Summers  •  7 months ago

Set in a chillingly familiar world, Mr. Prepper is predominantly a crafting game. Under the thumb of invasive, oppressive government agents, you build your own underground bunker and populate it with everything you need to survive impending nuclear warfare.

There is no explicit statement early on in the game about whether your protagonist character is a reliable narrator. But the subtle tension in the atmosphere convinces you on its own that all your actions, no matter how far they escalate, feel necessary.

You begin by carrying out logical tasks. You collect vegetables to cook and eat, you salvage wood from the forest to craft into furniture. You build a bunker in which to develop your crafting skills away from the prying eyes of the authorities. 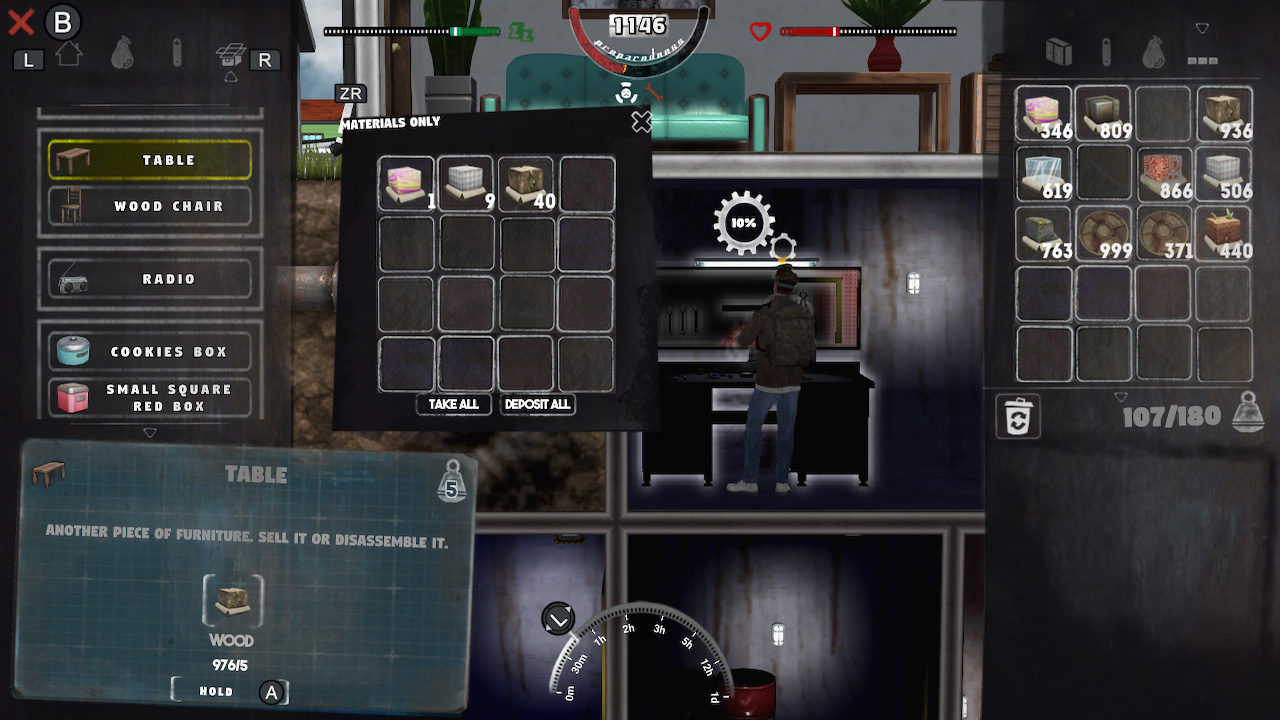 As you meet new people, you learn new skills and develop relationships by running errands for them and trading with them. This also opens up new areas where you can find new raw materials to use and barter.

I love that those connections with others are such a core factor to this game. Building trust with other people who have been marginalized by the government creates a way for you to thrive as a community rather than struggle on your own. It makes a refreshing change to the grizzled lone-wolf trope common in many survival games and generates a sense of the importance of community.

Mr. Prepper requires patience and a lot of grinding. This structure means it won’t be for everyone. The action element to the game is somewhat clunky, but it is at least infrequent. 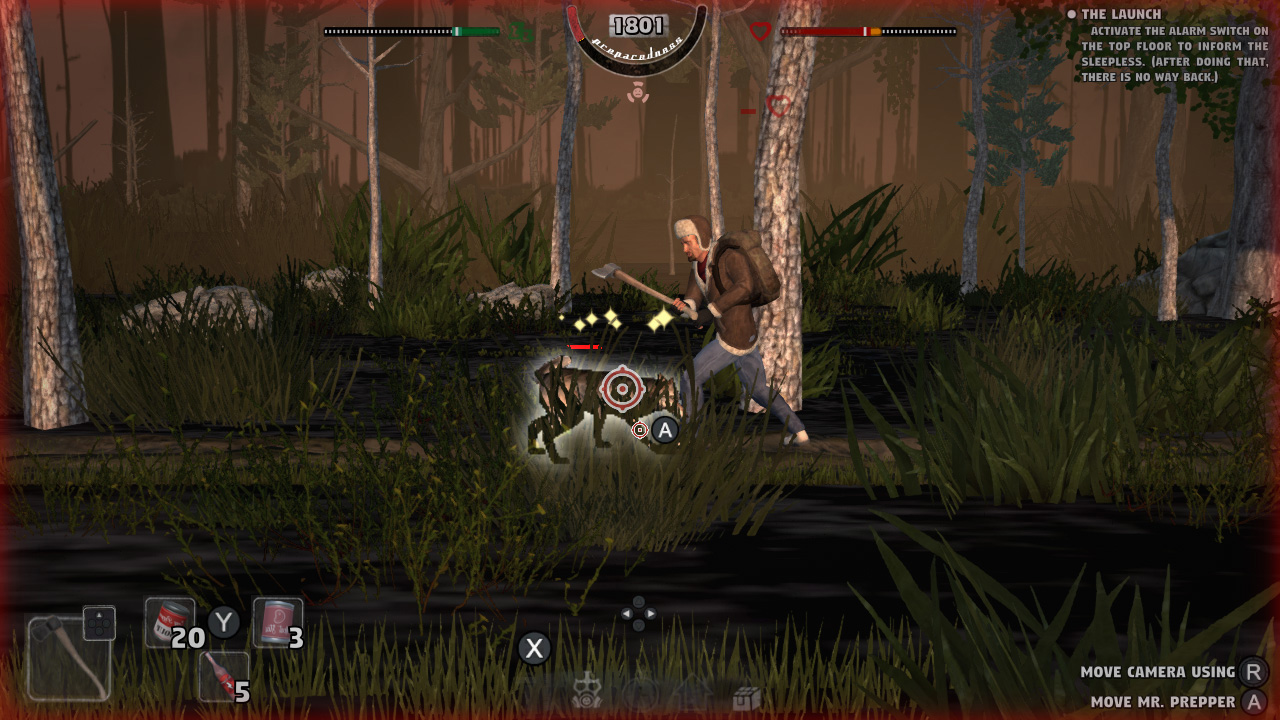 But seeing the fruits of your labor pay off can be very rewarding, as your bunker grows and you fill it with increasingly interesting and complex technology. The game as a whole can be incredibly addictive once you find yourself in a steady routine of crafting, trading and simply taking care of yourself so you don’t suffer from starvation or exhaustion.

The whole time you are building, you are watched over by government officials who make regular calls at your house. You have to be home to let them in and effectively hide all evidence of suspicious activity before they arrive. This isn’t too difficult, as it’s easy enough to keep everything beneath a trapdoor hidden under a rug, but it does add an additional layer of tension to the game.

It is all too easy to get drawn into Mr. Prepper, to take on his anxieties and paranoia, to want to keep him safe as global threats loom. The world is interesting to explore, the natural resources make sense and the connections you build are engaging. The game takes a lot of attention, particularly when balanced against the amount of grinding built into it. But if you lean into its structure, it becomes provocative in its depiction of survival.

Mr. Prepper is a slow-paced but absorbing survival game with a focus on building relationships, which rewards the grind with an increasingly bizarre nuclear plan.