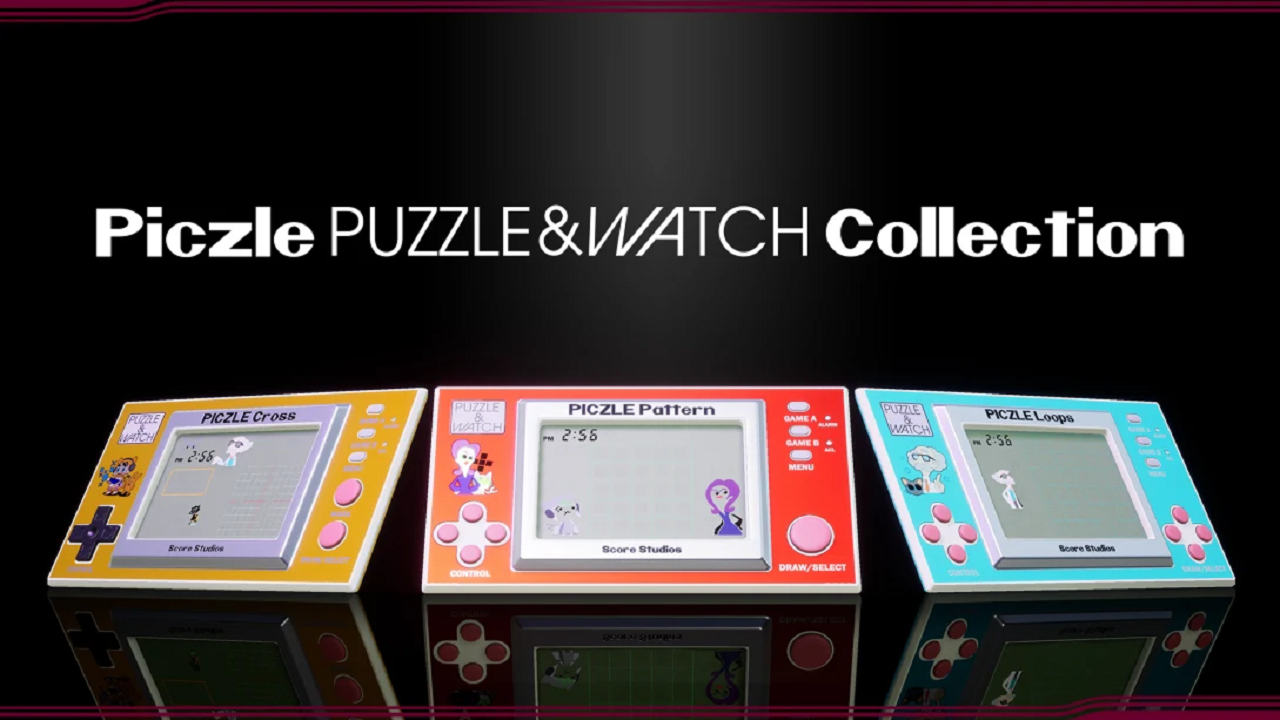 Piczle Puzzle & Watch Collection is advertised as “a love-letter to the days of LCD handheld gaming,” and I have to say it pretty much nails it. It taps into the nostalgic days of Nintendo’s Game & Watch, and I say that as someone who only owns the 35th anniversary Super Mario Bros. Edition.

Now you could argue (fairly) that this release is more noteworthy for the design of the overall package than the gameplay. Because the trio of games admittedly does vary in enjoyment. If you aren’t a retro enthusiast who’s a fan of similar puzzlers, this might not be for you. But at just $7.99, it’s worth a look.

Piczle Cross is your traditional nonogram puzzle game. Like all the games in this collection, it has two variations. Game A is a ‘three mistakes and you’re out’ affair, while Game B lets you puzzle at your leisure. Your fastest time for each puzzle’s recorded, and there are hundreds.

Piczle Pattern tasks you with filling every square; in Game B, the grid’s partially filled. It’s not the easiest to explain and certainly not the easiest to play. There are dozens of grids if you’re up for the difficult challenge. Just expect to invest some time to figure it out, especially if you aim for as few moves as possible.

Piczle Loops is probably the best game in the bunch. Like Pattern, it’s not the easiest to explain, but it clicks with a controller in your hand. It’s sort of like Minesweeper, as you try to clear the grid by using clues. Drawing an uninterrupted loop is challenging without being frustrating. There are 72 puzzles spread between games A and B, supposedly separated from easy to hard. That said, don’t be surprised if the differences are subtle between the early puzzles.

As I mentioned at the outset, the retro visuals are the big draw. Not so much the faux liquid crystal display, but the handheld casings; they’re great! It’s a shame that the unboxing animation seems to be one and done. A recently added feature lets you zoom while playing if you’re less interested in window dressing.

The sounds are more mixed. The effects are shrill enough to have you lunging for the options almost immediately. They may be authentic to the time, but they aren’t good. Mute them in favor of the relaxing soundtrack. Trust me on this.

You can even control the games traditionally or using the touch screen. Options like these show attention to detail. The entirety of Piczle Puzzle & Watch Collection reflects care, which goes a long way to winning you over, even if this genre isn’t your cup of tea.

Piczle Puzzle & Watch Collection has games that are merely okay overall if you aren’t a fan of this style already. But as a collection overall, this is a good release. It makes a positive impression, and its retro approach comes in at a fair price.

Piczle Puzzle & Watch Collection has games that are merely okay overall if you aren’t a fan of this style already. But as a collection overall, this is a good release. It makes a positive impression, and its retro approach comes in at a fair price.