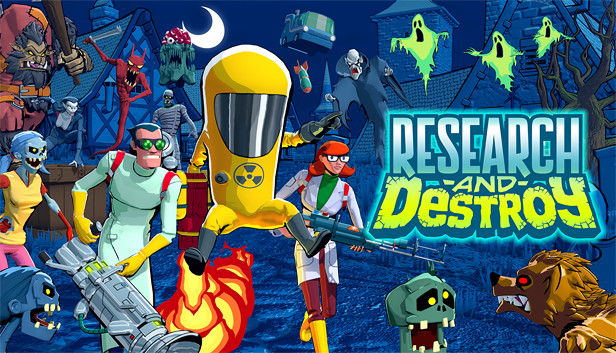 Research and Destroy is a great example of a game that you can’t judge by first look. Initially, you have absolutely no idea what you’re in for. There are scientists, supernatural beings, and all sorts of zaniness that don’t make much sense. I know when I first saw Research and Destroy I was unsure what I would get. However after spending time with it, this title offers a fun and refreshing take on turn-based strategy games. It ended up being far more fun than I expected and I’d recommend people check out. The game plays out as a turn-based strategy, with the twist that each character can be freely moved for a short amount of time. Moving, attacking, and using any of your characters’ abilities all take up that time, so you have to carefully plan your strategy before the time runs out. Each of your scientists has a weapon that comes with a gadget. You also have several different objectives per mission. This can be as simple as interacting with a research station or getting into a satellite node. It constantly has you thinking about your strategy. Do you ration to take the objective as fast as possible or do you take out the enemies to ensure a safe passage to the objective? It really makes you consider your choices and, from experience, I can tell you that rushing the objective is usually the bad choice. 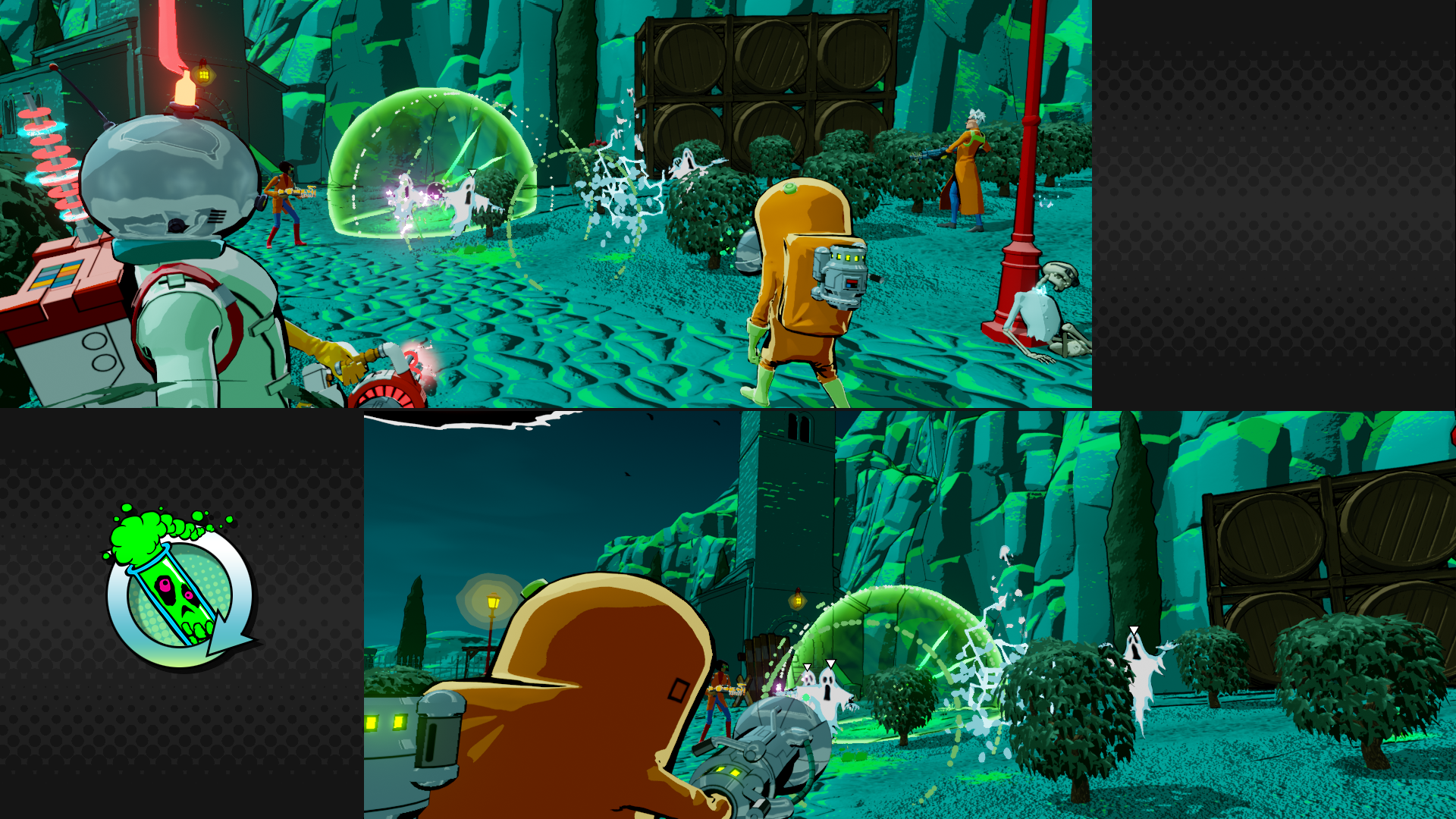 That’s not all, though. In Research and Destroy you’re also facing off against various monsters like zombies, ghosts, and werewolves. Each of these has different attacks and movements, which require you to carefully plan your strategy when they appear on the field. Your main goal is to close several portals around the battlefield to stop the supernatural invaders. Yet a smart thing that Research and Destroy throws at you is that you have to find the portals first, since you have no idea where they are.

Research and Destroy also has drop-in and drop-out multiplayer. This allows you to team up with friends locally or online even if you’re in the middle of your campaign. The second player takes control of their own team simultaneously with you. I honestly thought this would be the least-fun mode, thinking that the second player would be delegated to some menial unhelpful task. Yet it turned out to be one of the most enjoyable parts of the game. It builds on the complexity to create chaotic fun with another player trying to form an intelligent strategy. It’s definitely not a mode for everyone; some people will find a second player to be an annoying distraction. Personally, I thought the chaotic fun of having a second person made it an even greater experience. 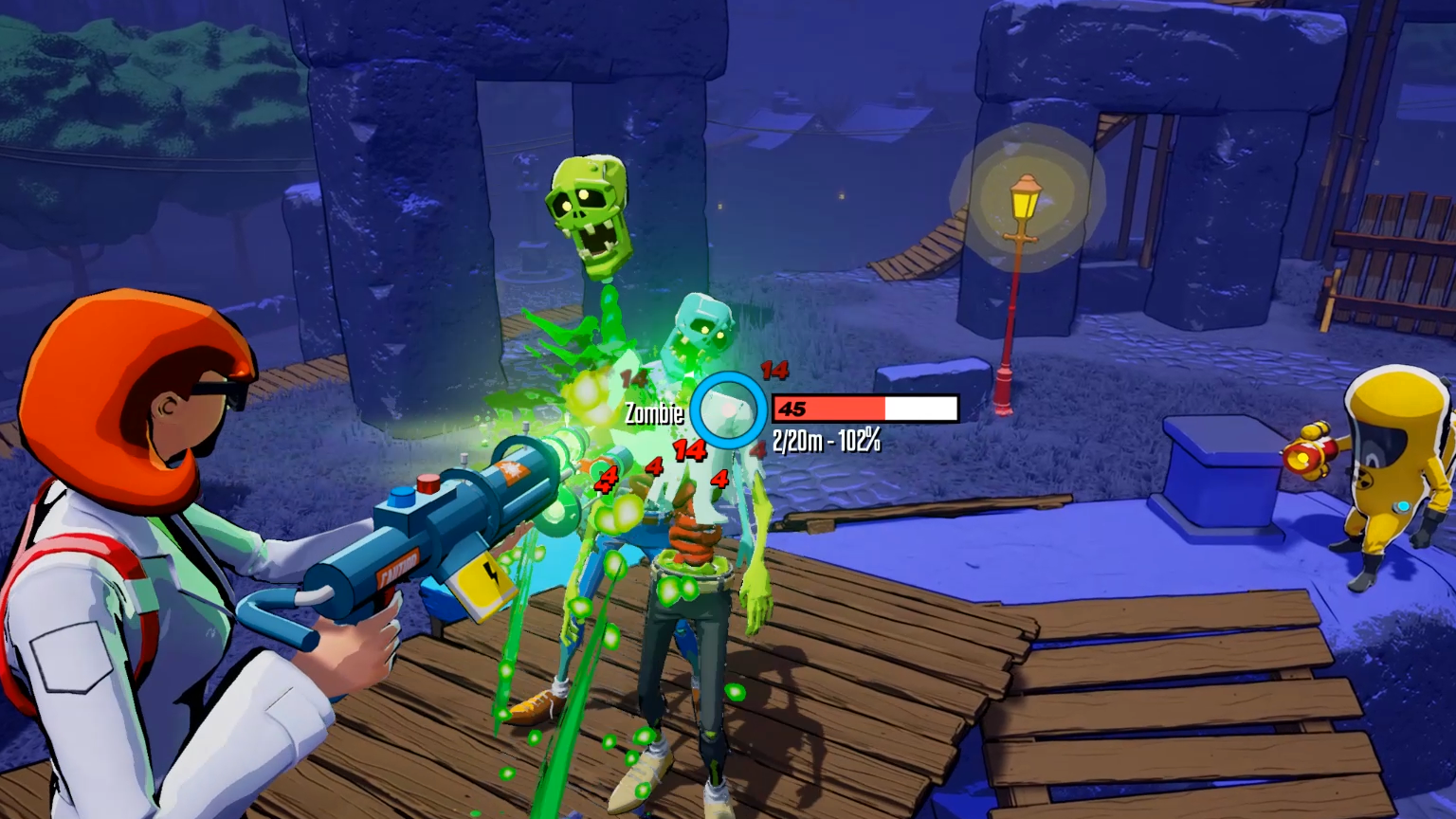 The unfortunate downside about Research and Destroy is the game is fun enough to play through but lacks the depth to keep you coming back for more. The developer said that no two campaigns are the same, however I still get the feeling that I’ve seen everything the game has to throw at me. It also doesn’t help that each of the battles play out relatively the same. Get on the battlefield, take over a satellite or research station, defend a captured region, and don’t die. It’s the same loop over and over and over again. It’s not a bad loop, but ultimately by the end of the game you feel you’ve experienced everything.

In the end, Research and Destroy does enough to be a fun turn-based strategy game. The unique gameplay elements truly make you strategize completely before acting on the battlefield. There’s also the great drop-in and drop-out multiplayer, creating a new level of chaotic fun. It does lack replayability, as you’re shown everything on your first runthrough. That said, if you’re a fan of turn-based strategies, this is one game you should check out.

Research and Destroy does enough to be a fun turn-based strategy game. The unique gameplay elements truly make you strategize completely before acting on the battlefield. There’s also the great drop-in and drop-out multiplayer, creating a new level of chaotic fun. It does lack replayability, as you’re shown everything on your first runthrough. That said, if you’re a fan of turn-based strategies, this is one game you should check out.