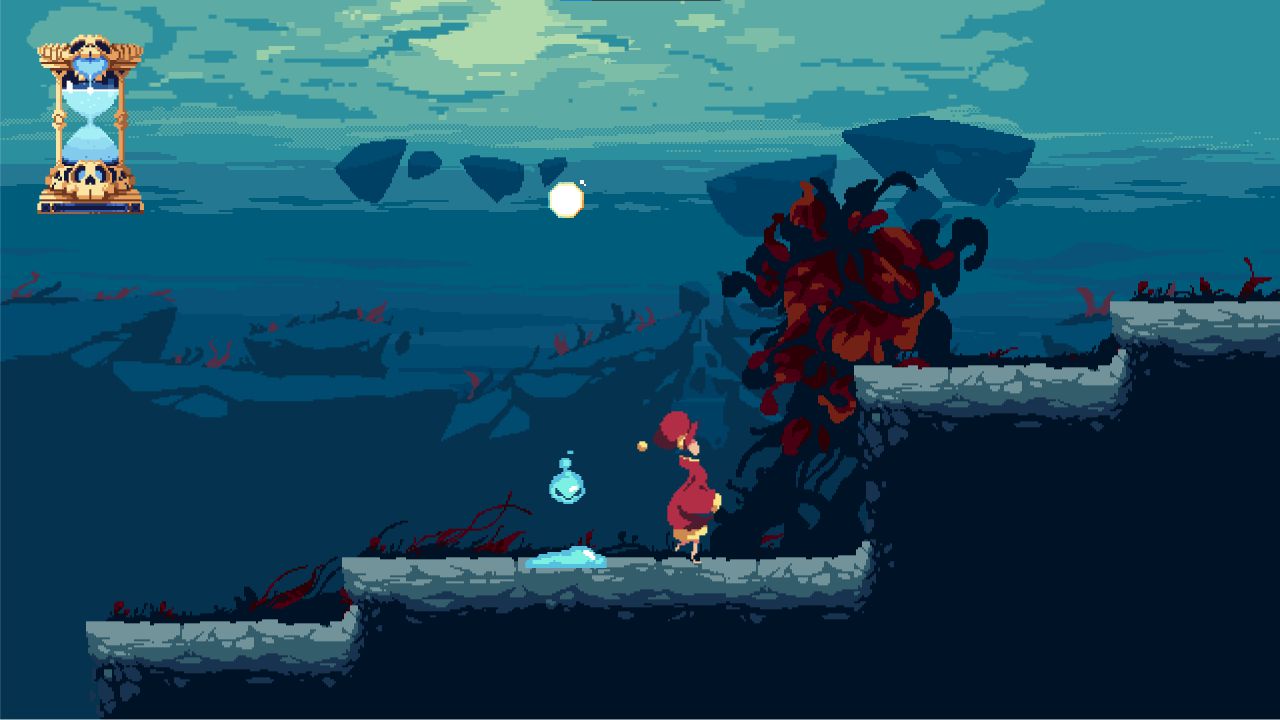 In a broken, stone-age dawn you fly so high.

We can’t outrun death, right? It would be a selfish thing to do (have to make room for the younger talent, after all). But could we at least get further along if we had access to a little magic? As we find out in Running on Magic, that depends almost entirely on your ability to time your jumps.

Running on Magic is a runner platformer in which you hurry through the world with death on your heels. Thankfully, the Grim Reaper is in no huge rush to slow you down. In fact, he aids you at the beginning by bringing you back to life after a nasty fall. He also gives you the ability to acquire and utilize magic to stay alive. Fair’s fair against this harsh, procedurally generated world, and he doesn’t want its traps to take your life too early. 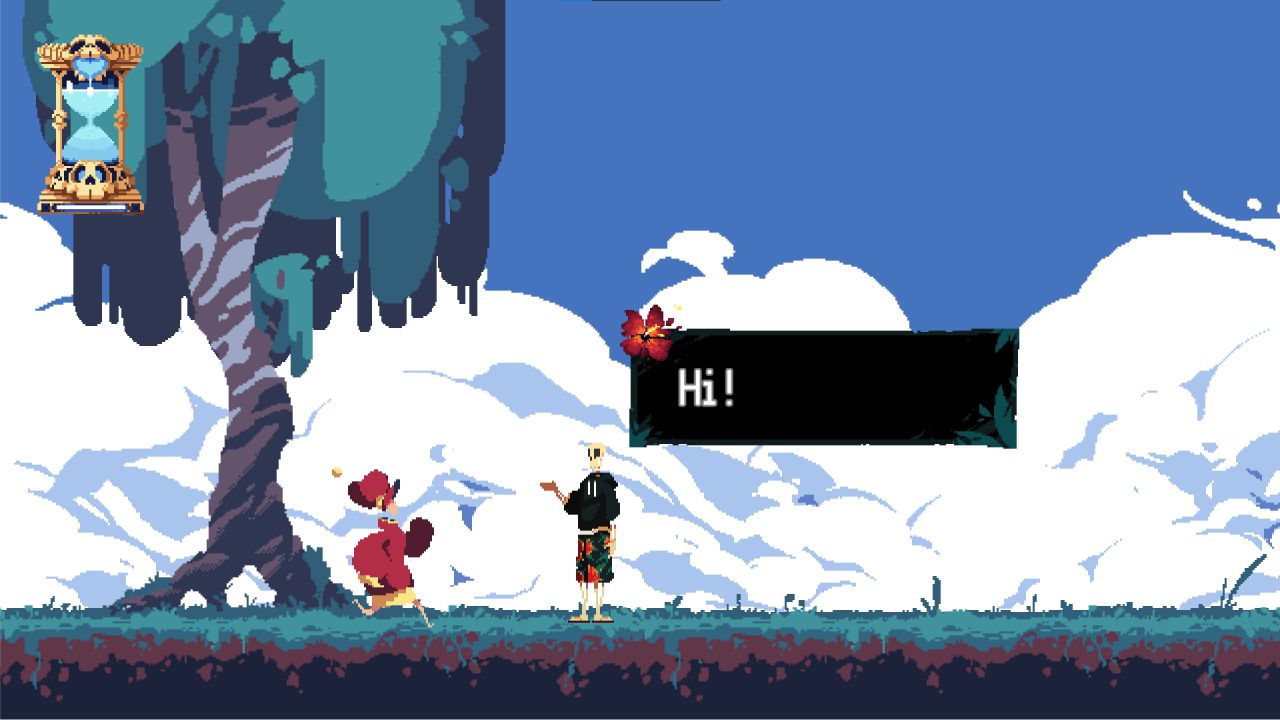 So, you run. The game moves you automatically at one of four available speeds. There’s a slow speed for beginners that helps you get a feel for your platforming abilities, but I found this to be too slow. Normal speed sets a decent pace, and I never tried to go faster. That’s because—as with real life these days—avoiding death is difficult enough already.

Running on Magic utilizes procedurally generated levels to make sure nothing is ever the same thing twice. You can’t memorize where the monsters, hard jumps, and environmental hazards will be, so getting better is all about reading what’s thrown in front of you and quickly adjusting your plans. The bulk of the action is handled via timing your jumps and getting to the right location. Although the game does push you forward, you can speed up and pull back to some extent. This allows you some time to figure out if you want to jump between a line of enemies, for example, or utilize your magic to float above them. Magic does run out quickly, however, and it’s not always easy to get more (especially on the higher difficulty levels). So, if you use it up avoiding enemies, you may have none left for a jump that can’t be completed without it. Your skill level will determine how many hits you can take before it’s over. And when you die, it’s back to the beginning of the level with nothing to predict what it’ll look like this time. 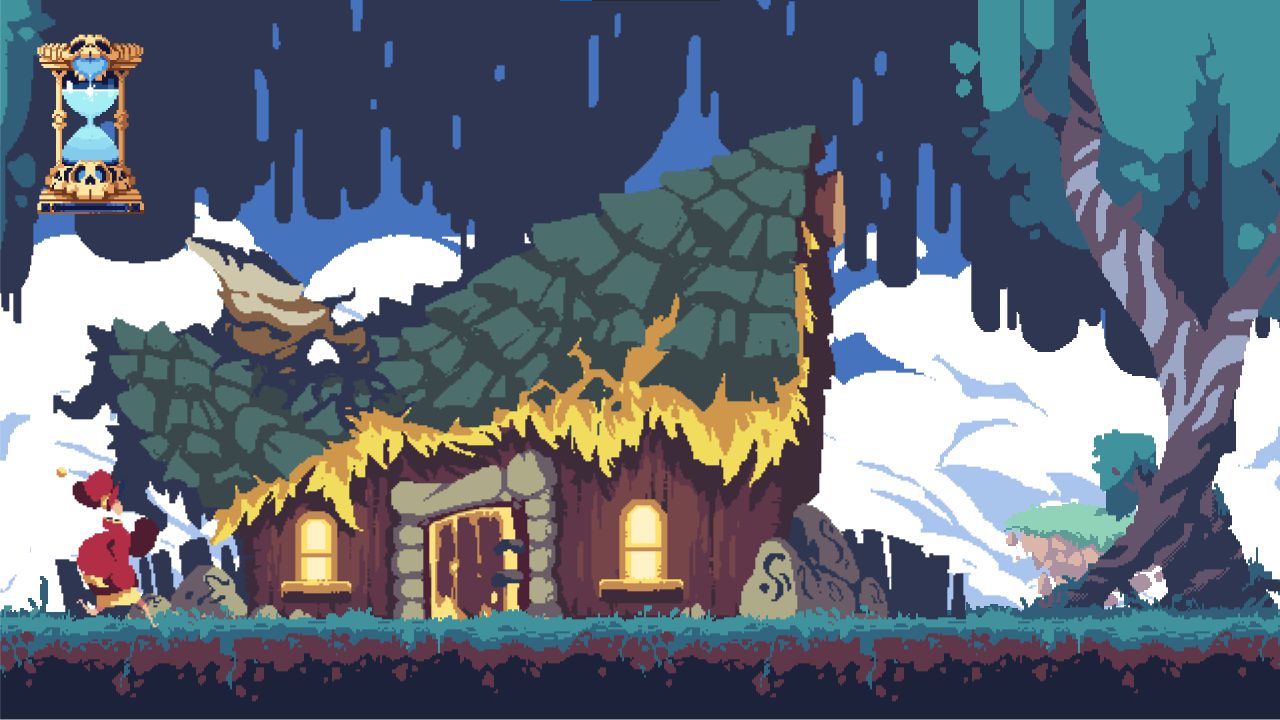 The mechanics are simple and precise. Control your character’s speed/direction with the left stick, jump with the A button, and ground pound with Y. The further you get, the harder this all becomes to navigate. The challenge is centered entirely around your ability to avoid what you must and get past what you can, and it’s never hampered by controls that feel clunky or unfair.

The action in Running on Magic is pretty basic, but it’s complemented by a whimsical sense of humor that carries you through. The Grim Reaper is portrayed as a patient but somewhat exhausted fellow forced to tolerate your tenacity. The music and pixelated graphics are bright and cheery, and the animation is fluid. 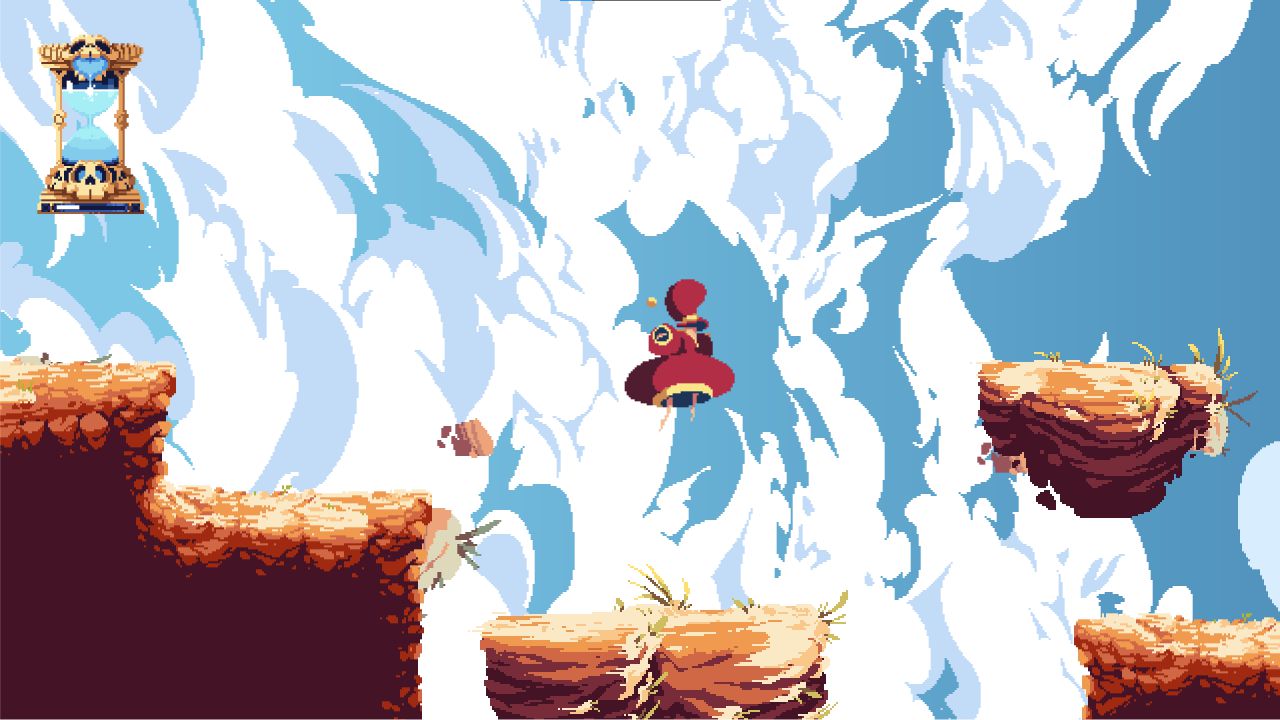 Your character moves as if he’s on a unicycle, giving the game a chaotic, accident-waiting-to-happen feel, especially on the higher speed settings.

The whole package comes together well, but Running on Magic never aspires to be more than a quick timekiller. There are only five levels to work through, so you should be able to get through it in short order. The four skill settings can extend the game’s lifespan, but I didn’t find incentive to go back through it even with the procedurally generated levels. At only $5, runner platformer fans will certainly get their money’s worth, but it’s not a game that’ll sit in your library for long.

Running on Magic is a runner platformer that puts players in a challenging but light-hearted race against the Grim Reaper himself. Its whimsical presentation and procedurally generated levels keep things interesting for its somewhat short lifespan, just don’t expect it to be more than it claims to be.