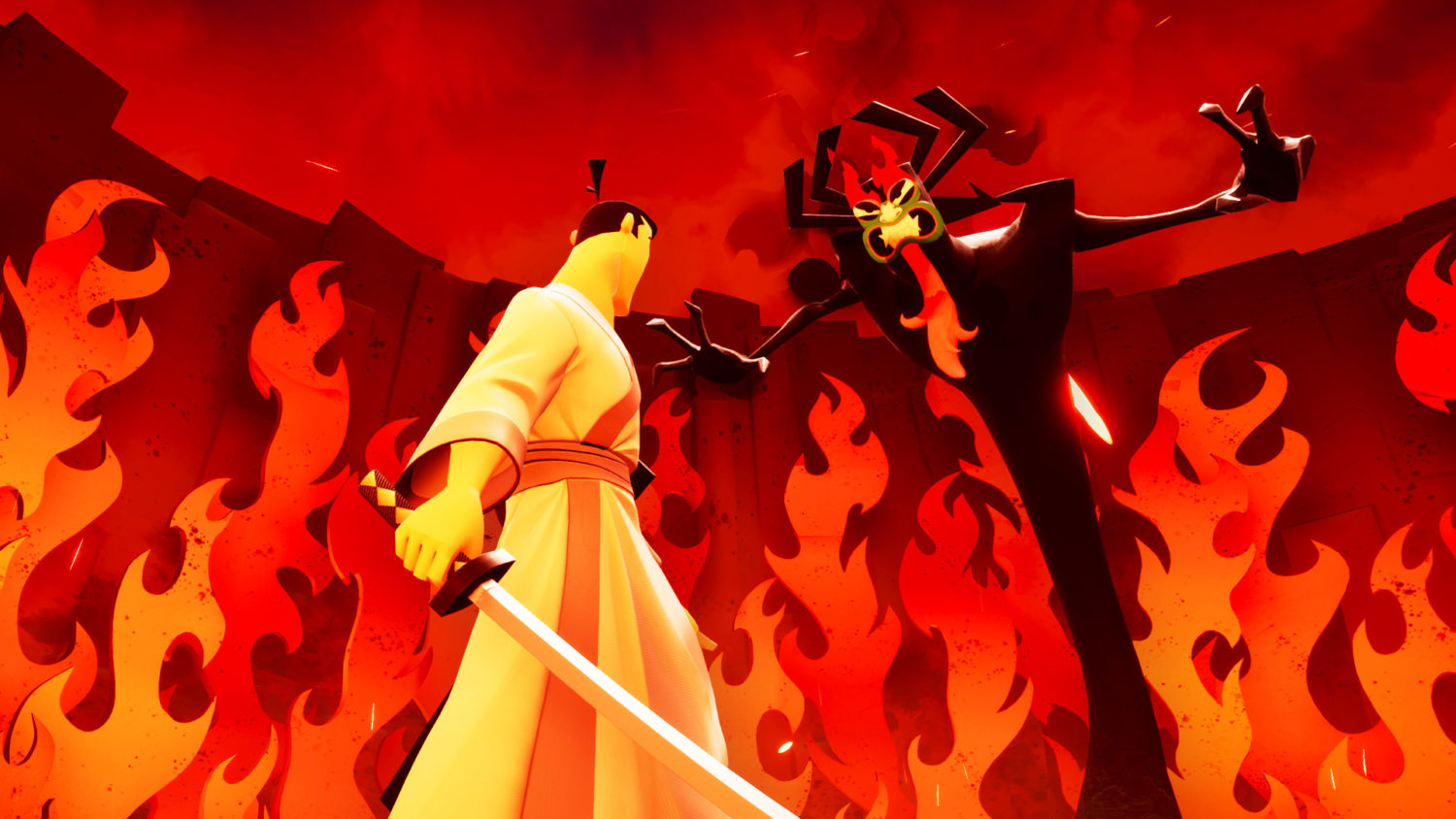 By Kirstie Summers  •  8 months ago

It is clear from the first moment of Samurai Jack: Battle Through Time that the creators were very aware of the special place its multi-award winning source material holds in people’s hearts. If it had turned out poorly, there would be a lot of disgruntled fans. Luckily, this game has been crafted to meet all the expectations those fans could have.

It takes place after the climax of the show, but introduces the new plot so it doesn’t change or detract from the existing finale. At the moment of Jack’s triumph, Aku breaks through the magic returning the samurai to the past. You play as Jack reliving the most intense battles from his legendary feud with the evil wizard.

The game strikes a really good balance in establishing the story for anyone who isn’t familiar with it in a way that isn’t boring for those who are. All the information you need to orient yourself is clear from the opening cutscene, which beautifully injects fans who already know what’s going on with a shot of delicious nostalgia.

Like its cartoon counterpart, Samurai Jack: Battle Through Time is gorgeous to look at. The art is stunning and the animation is incredibly fluid. The world is magical, with intensely rich colours and so much depth and detail that it’s impossible not to get sucked in. 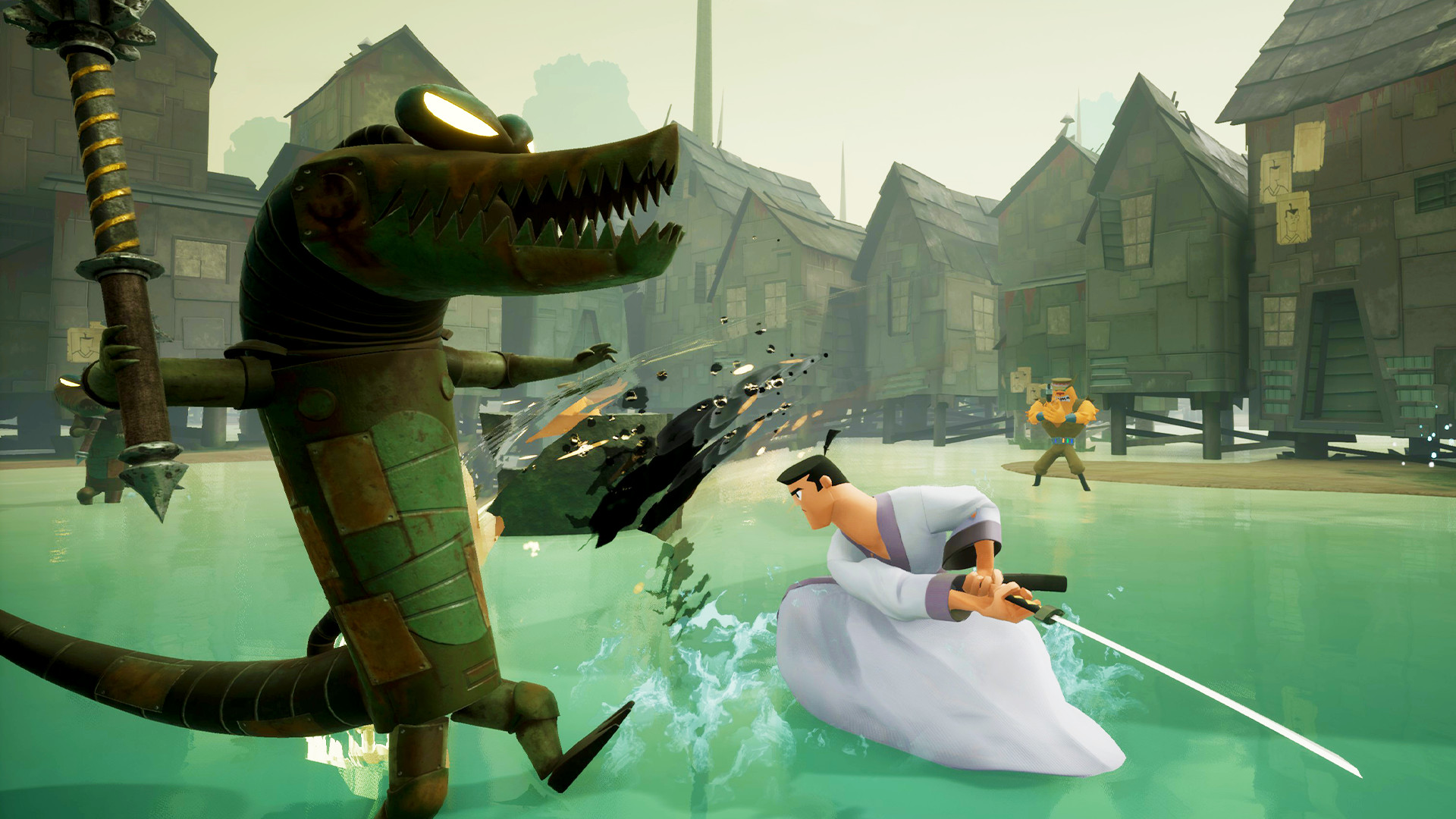 The game also maintains the show’s great sense of humour, incredible soundtrack and brilliantly playful approach towards dark topics. All the original actors returning to voice the characters gives it all the personality that made the cartoon so intoxicating.

The controls are easy to pick up. You run, jump and perform various styles of attack. Menus allow you to change your equipped weapons and check your inventory. Enemies drop gold you can use to buy items, train with Da Samurai and repair weapons that have taken damage. They also drop various magical fires you can use to power up special moves or, outside of combat, develop your physical and spiritual skills.

The story is a classic hunt-and-defeat-the-biggest-bad-guy tale, with hordes of minions paving the way to tough boss battles with characters from the show. Even if you don’t already have a connection to Jack and his companions, the cutscenes are performed and animated in a way that conveys real emotion. The story beats are swiftly communicated and pack just the right punch. 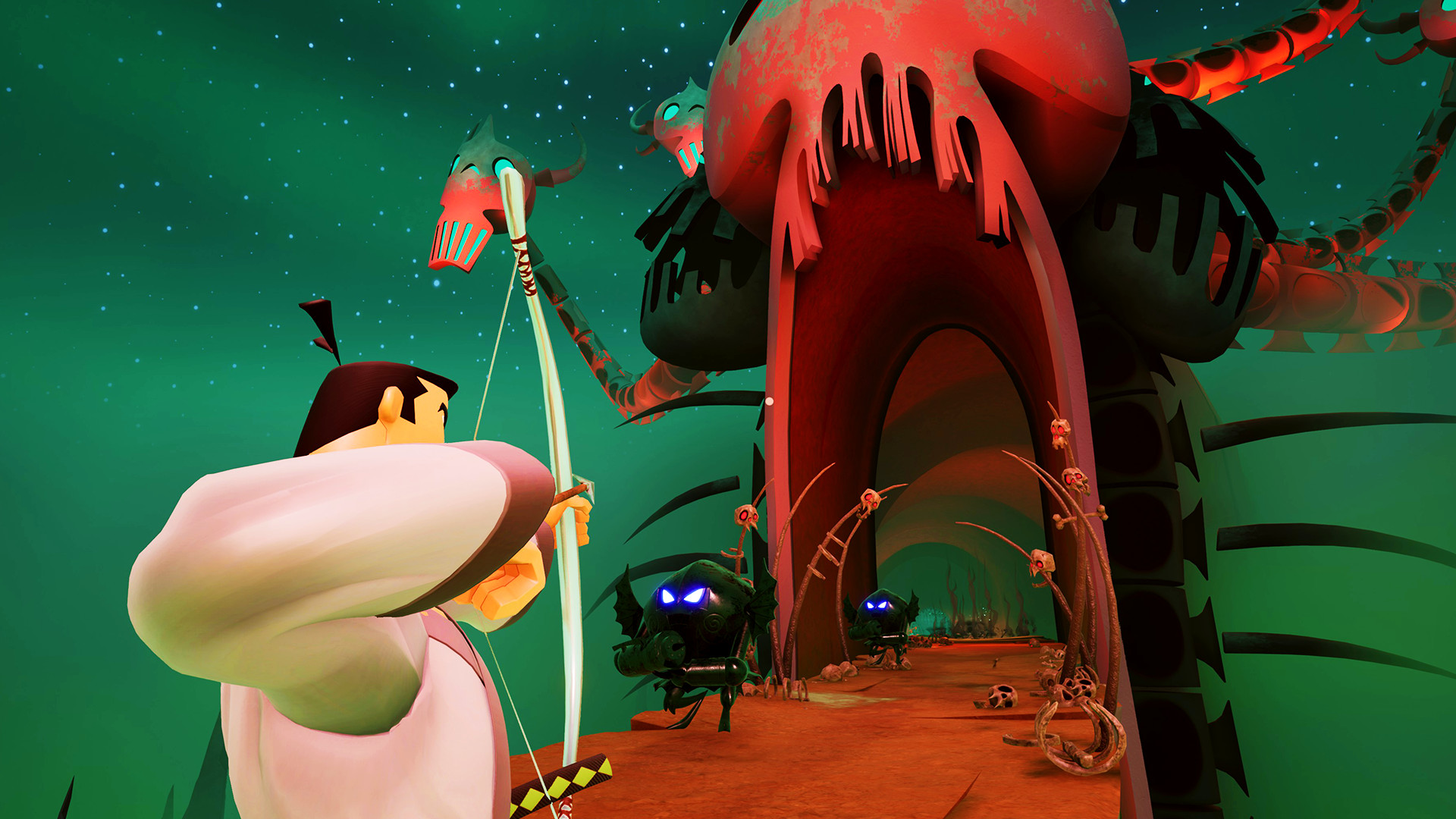 Alongside primary goals that drive the narrative, you have many simple objectives – such as talking to the Scotsman a certain number of times or destroying a specific amount of one type of enemy. If the sheer beauty of the setting isn’t enough, these are great incentives to explore every corner of the game and smash every vase in your path.

You are graded after each stage of the game and there are four difficulties to unlock, so you have plenty of opportunity to go back and challenge yourself to beat your high score.

Samurai Jack: Battle Through Time has all the elements of an excellent action platformer, with the addition of the sheer quality that Samurai Jack has always been known for.

Samurai Jack: Battle Through Time is an incredible action platformer with stunning animation and action that more than lives up to the reputation of the series.