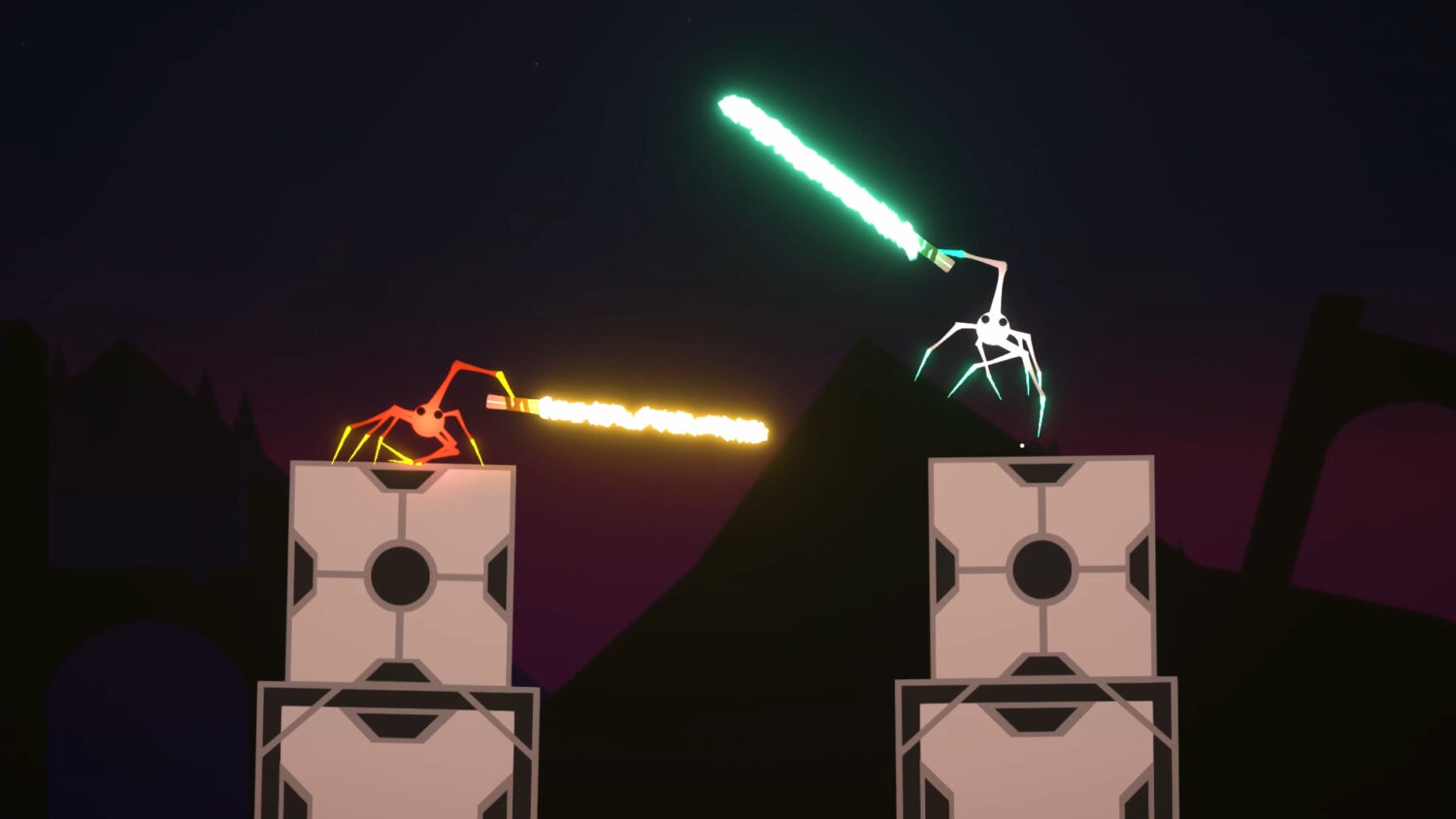 As if spiders aren’t scary enough, this game gives them guns and lightsabers!

SipderHeck is an ultra-fast-paced brawler where you fight it out as a spider, against spiders, in physics-based environments. You web (and sword) swing around avoiding attacks from enemies as well as preventing yourself from falling out of bounds and to your instant death.

SpiderHeck can be played as a PvP or PvE, which allows for consistent fun against a friend, random opponent on the internet, or the computer. All are just as fun and chaotic as each other. When playing alone against the computer, you become enemy number one and are tasked to take on wave upon wave of kitted-out spiders with knives, lightsabers, and sometimes rocket launchers! It’s wild.

What shines most with SpiderHeck is the ability to dive into a fight, and it rarely lasts a ridiculous amount of time. The gameplay itself is rapid, and you can customize the number of rounds there are, or the points total to reach, with the default being ‘first to ten points.’ For those that do want to be ‘SpiderHecking’ for hours on end, there are also endless horde modes offline.

I highly doubt anyone will enter SpiderHeck and immediately be seamlessly swinging around and gunning and slicing opponents like a spider-sassin, as the control scheme can be a little finicky at first. However, the opening tutorial is great and whoever is lucky enough to play through it (my fiancée), gets an edge on their opponent. I did, after going four points down, eventually learn how to pick weapons up and then use them, in which the match ended six – ten in my favor! It’s incredibly satisfying picking the controls up naturally and then stringing (get it?) together some mean combos such as swinging fully around a floating boulder to then snipe a spider on the other side of the stage! 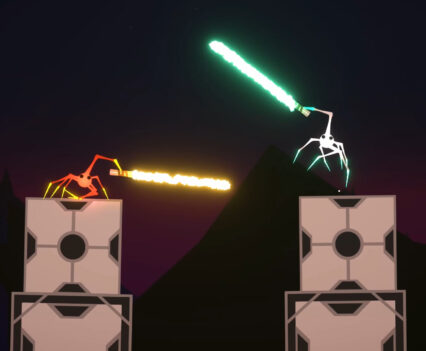 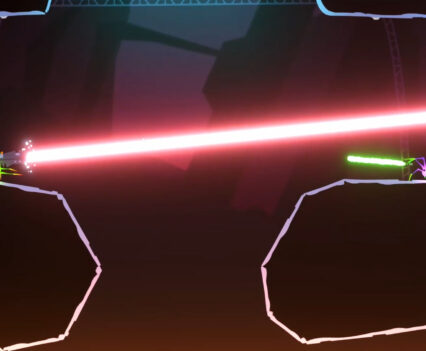 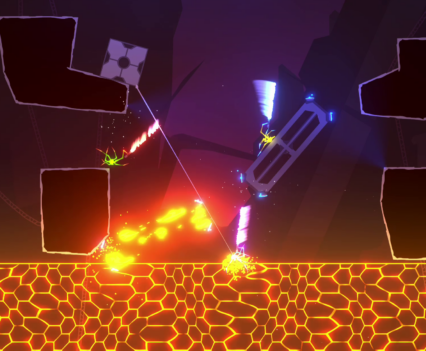 What’s more, once you’ve nailed the ultra-smooth gameplay, the visuals are then taken to a whole new level. The minimalistic (well, black) background allows for the spiders, weapons, and platforms to stand out and really shine. The sharp, neon colors that shoot out of the guns and lightsabers are stunning, and even more so when two sabers clash—it’s a real Luke Skywalker v Darth Vader situation, but like, with spiders. Another thing that always gets me hyped is when the visuals of the game are perfectly suited for handheld gaming on the OLED Switch, and this is most certainly one of them. Those colors just pop in handheld, and given the game’s simplistic design and approach, it’s perfect for some handheld goodness. As you can also customize your spiders with hats and specific colors, you can build your very own vibey aesthetic to battle it out with others.

One area that’s fun, but gets old very quickly, is the main menu. Don’t get me wrong, it’s unique and actually a terrific way to learn the controls or practice a little. However, making the main menu a stage where you must swing and jump your way around to the options, customization menu, and the different battle modes can become a little aggravating when you wish to simply just dive in.

SpiderHeck is a ton of fun. It’s fast and chaotic and is an excellent choice if you’ve nothing to play and want a both visually stunning and unique brawler for the Nintendo Switch. It’s a heck more fun when you’re up against a friend beside you, but the single player mode is more than enough to sharpen your skills and put up an enjoyable challenge.