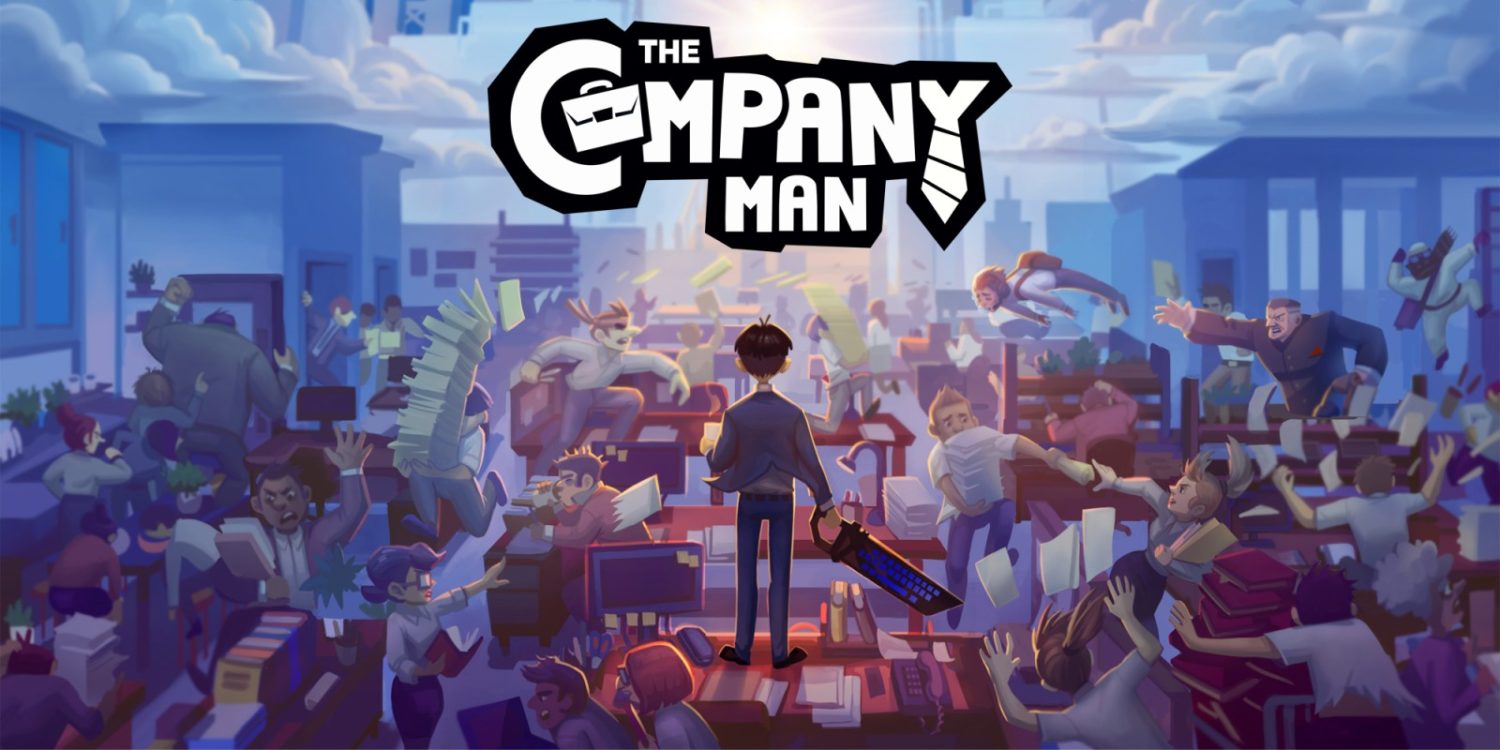 The Company Man is a beautifully hand-drawn platformer that is a love letter to those that came before it. The game is challenging, primarily due to the control mechanics (or lack of). While there is a lot to love, it’s not without flaws.

The story revolves around a young man working his way up the corporate ladder to become the company’s CEO. The story starts with a rival who sets you up by suggesting you pull a lever, which causes some massive destruction of company property. You are sent down to work in customer service, and you need to work your way back up. The story is contrived, and I didn’t connect with the protagonist. As the plot progresses, you learn that there is more to why he wants to become the CEO, but even with this additional information, I still didn’t like the protagonist. Maybe it’s because many of the jokes are childish. 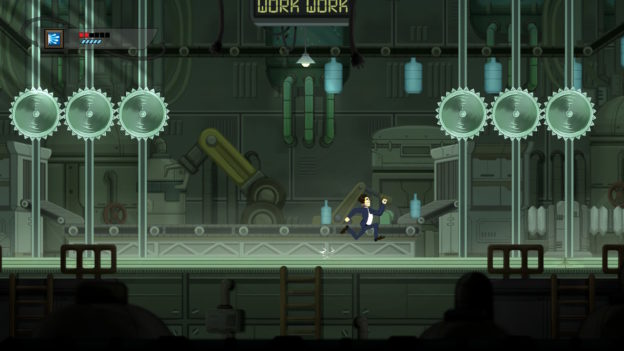 What is impressive is the artwork. Each level is beautifully hand-painted and the enemy design is just as remarkable, with several uniquely created enemies. As far as level design goes, there is very little variety. You’ll see much of the same layout, just incorporated differently in each level. As you progress, you find coffee machines utilized to replenish your health and act as save points. When you die, you are brought back to the last coffee machine you drank at. In most cases, the coffee machines are well placed, however, there are a few instances when the coffee machines are scarce.

You learn new attacks as you progress through the game. For example, you have a basic assault of swinging your keyboard, and after the first boss, you learn how to shoot emails. I like the variety, but you don’t have any way of controlling their direction; it’s just straight on. Attacking with the keyboard this way is expected, but not allowing directional strikes is a miss in design for projectiles. 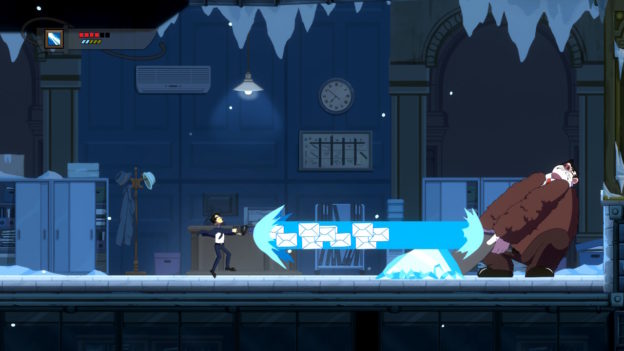 With every enemy you defeat, you earn coins, which can be used in the lobby between stages at the coffee shop to level up your character. In addition, you have the option to upgrade your health, energy (which is utilized for ranged attacks), and more. You’ll also find hidden coins throughout the course, encouraging you to explore.

Boss battles are reminiscent of the glory days of SNES. Learning their patterns is the only way to survive, and it will take a few lives to figure them out. The bosses are larger than life, another homage to earlier platformers. One turn-off for me is the lack of a health indicator for enemies. It’s not a big deal for the minor foes; a couple of hits will take care of most of them. The lack of a health gauge for a boss makes for some frustrating scenarios, especially during a long battle when I don’t know if I am close to finishing off the boss or not. I tend to play more cautiously, and many of the bosses are damage sponges. Adding a simple flashing mechanic would have been appreciated. 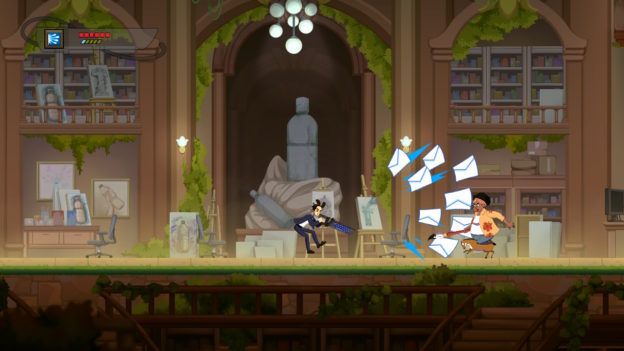 It’s not so much the boss battles that are difficult, but rather the inability to duck or aim your projectiles, which makes the battles challenging. Because of this, you’ll need to be creative when handling some of the bosses.

Another design flaw is the lack of directions around the menu. Again, not a huge deal, but there isn’t a save option. However, when you boot up the game, one of the first options is to continue or load a game. Selecting continue allows you to pick up from where you last drank coffee. 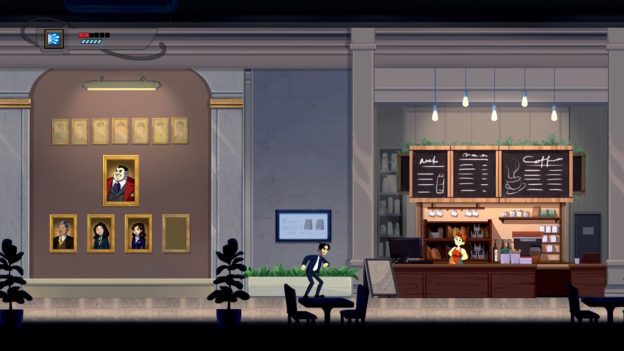 The in-game menu has a few options (not one of which is to save), including restarting the level and returning to the lobby. It’s not clear what the lobby does and when I chose it, I went back to the beginning of the level. I erroneously thought I could purchase upgrades at the coffee shop in the lobby and then return to where I left off. Unfortunately, I lost all my progress. A warning pop-up or explanatory text could have avoided this misunderstanding.

The Company Man is a competent platformer with beautifully hand-drawn artwork. The character designs are impressive. The boss battles are genuine, and each boss is unique in its design. However, the game suffers from some design flaws, mainly around the inability to aim projectiles and duck. This will require you to rethink how you may handle some of the more challenging bosses. In addition, the story isn’t intriguing, and it’s disappointing that the story didn’t match the beauty of the game’s art.