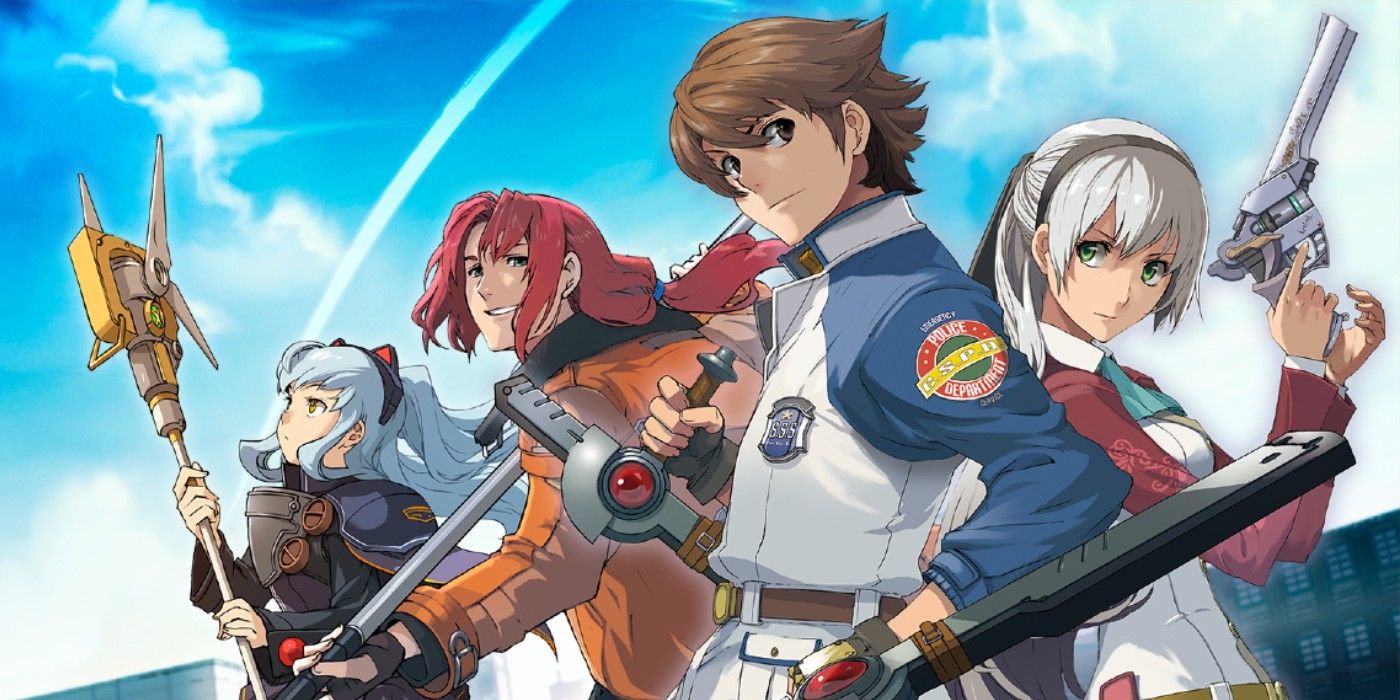 Mind you, it’s not the best place to start, and it doesn’t fill in all of those story gaps. This is a big series that is only now appearing for Nintendo fans in the west. But Trails From Zero is at least the starting point in its own story arc, unlike Trails of Cold Steel which started Switch owners three games in.

The characters will be familiar to those who have become fans of the series. This story centers around Lloyd Bannings, who is returning to his hometown of Crossbell. He has been assigned to the Special Support Section (SSS), a new division of the City Police Department created to compete with the more effective (and more popular) Bracers guild. 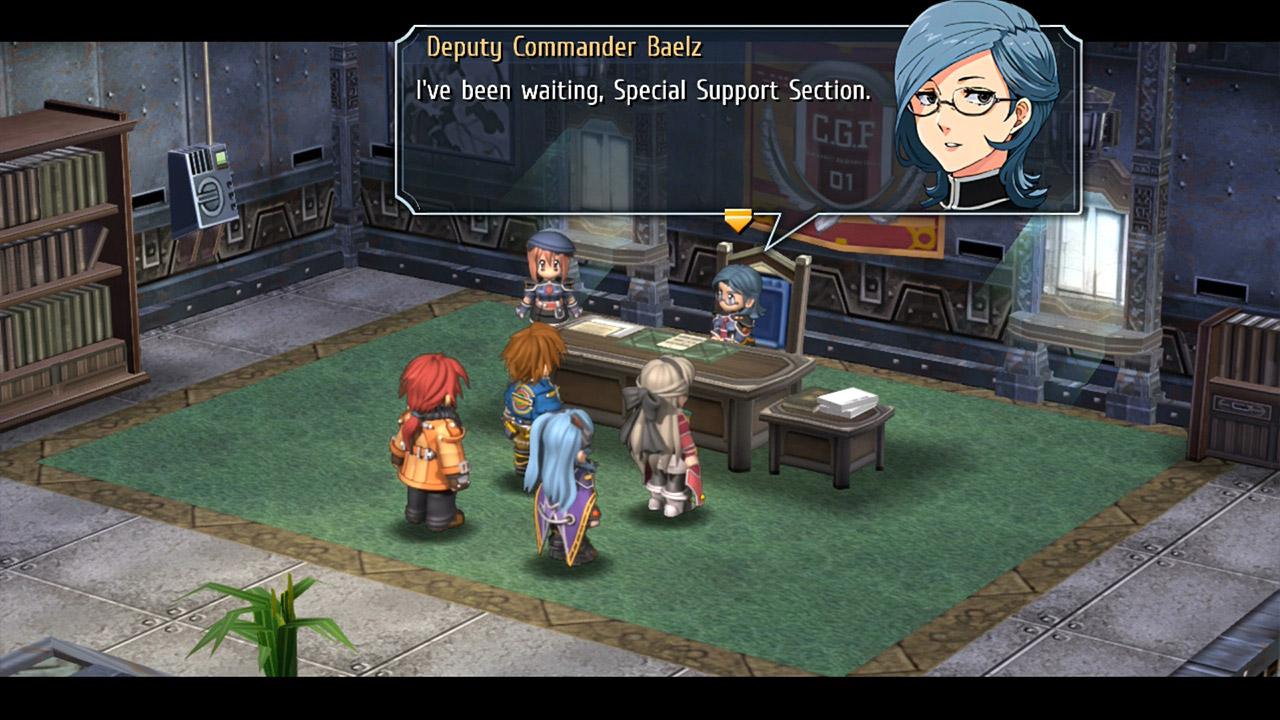 The gameplay doesn’t change much, either. We’re moving backwards here, remember, so the battle system and inventory management both lose some of the features of Trails of Cold Steel. For example, there are no break points in combat. You’re still managing a mixture of physical attacks (immediate use) and talent arts (delayed), and you can occasionally use a team attack that sees all four characters swoop in at once for significant damage. You’re also still developing quartz abilities and assigning them to characters to enhance their abilities, compensate for shortcomings, or exploit weaknesses of your enemies. It’s a fun system, and those who were overwhelmed by the multifaceted party/ability management of Trails of Cold Steel should be more comfortable here. 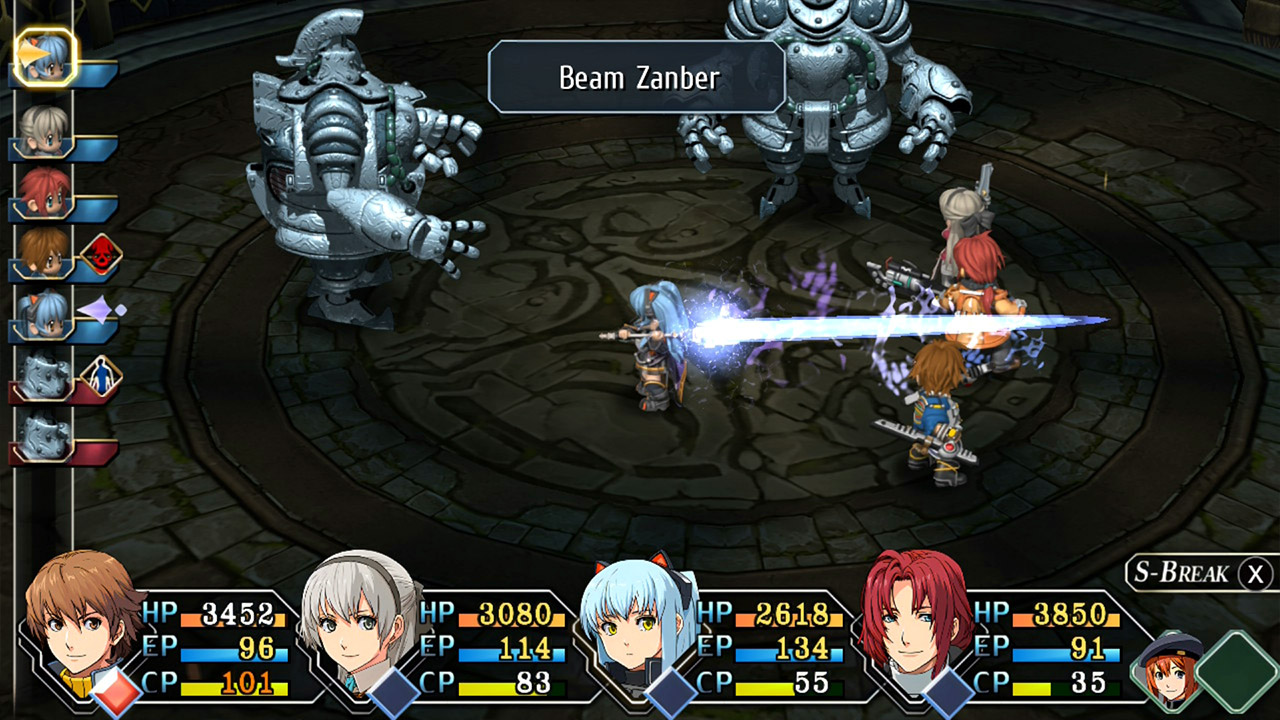 Gameplay is on a familiar loop. Our heroes will travel from town to town to take on quests before eventually stumbling into a bigger plot that could have severely negative consequences for the good citizens of Crossbell. Most of the towns are quite large and have no shortage of things to do and items to collect. The game slows down here as you explore the towns, meet the people, and grab the various items you need to accomplish tasks and go for 100% completion, the latter of which is a maddening endeavor. I can’t imagine it’s even possible without a walkthrough, as Trails From Zero makes it very easy to miss items.

The bulk of the battles take place between towns. Your first trip from location A to location B is always on foot with plenty of monsters to fight along the way. You’ll need to do this, of course, in order to raise your character levels for the bigger fights ahead, but the battles are fun. They’re turn based, requiring you to use character strengths and attached arts accordingly to be effective. Positioning is also important, but moving on the grid-based battlefield means you can’t attack. You will get your next turn sooner in the timeline, however. 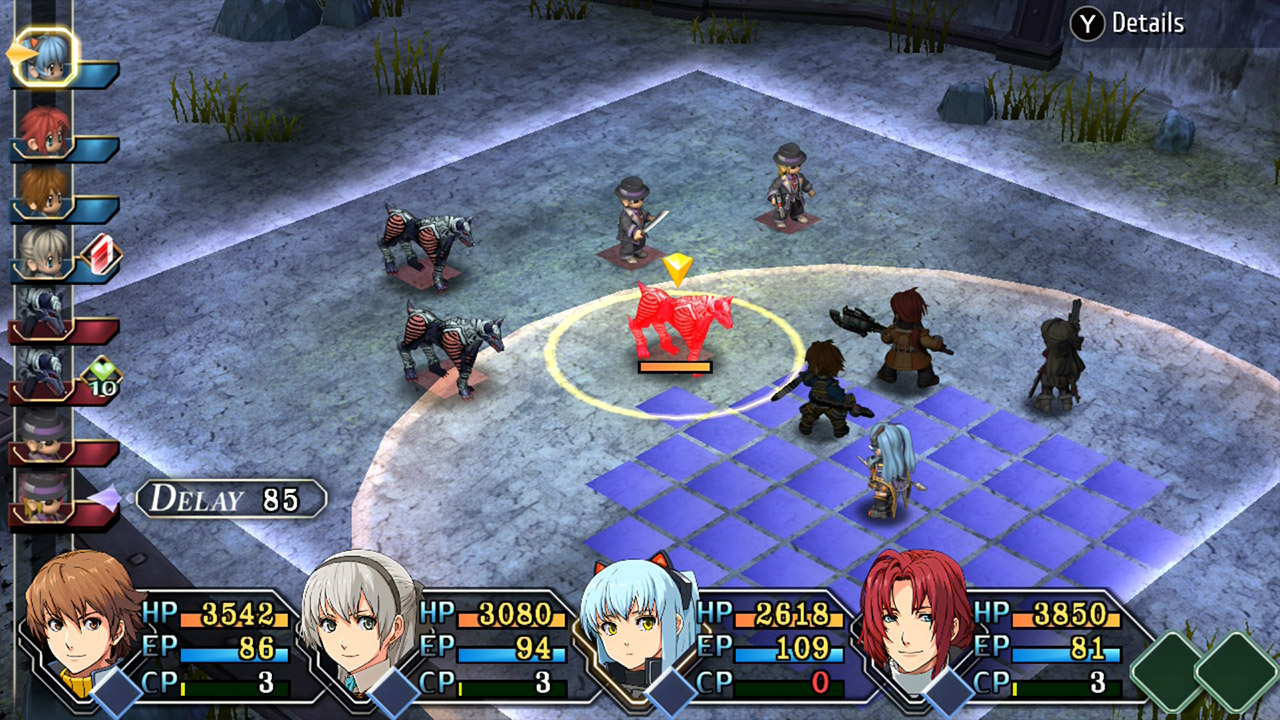 The fights against standard enemies are usually simple enough (although numbers can sometimes be a problem), but the boss battles can take some time. It’s in these fights that party optimization and your (hopefully) stocked up Craft Points (for your signature and most powerful attacks) become important. If you’re having trouble against a particularly powerful boss, the game gives you the option to try again at an easier level.

This loop is helped out tremendously by a constant change of scenery. Although the locations all have the same basic vibe, there’s a constant flow of new characters to either fight or partner with, and each new location provides different beasts to learn about and defeat. Some of the sidequests do force you to spend a little too much time in certain locations, but a more interesting mission is always just a couple job requests away.

I think what impressed me the most about The Legend of Heroes: Trails From Zero, however, is how great the game looks for being 12 years old. It obviously doesn’t have the visual flair of more recent games in the series, but its detailed and colorful sprites create a world that’s fun to jump into. It certainly looks better than the 3DS ports we’ve seen from this era. 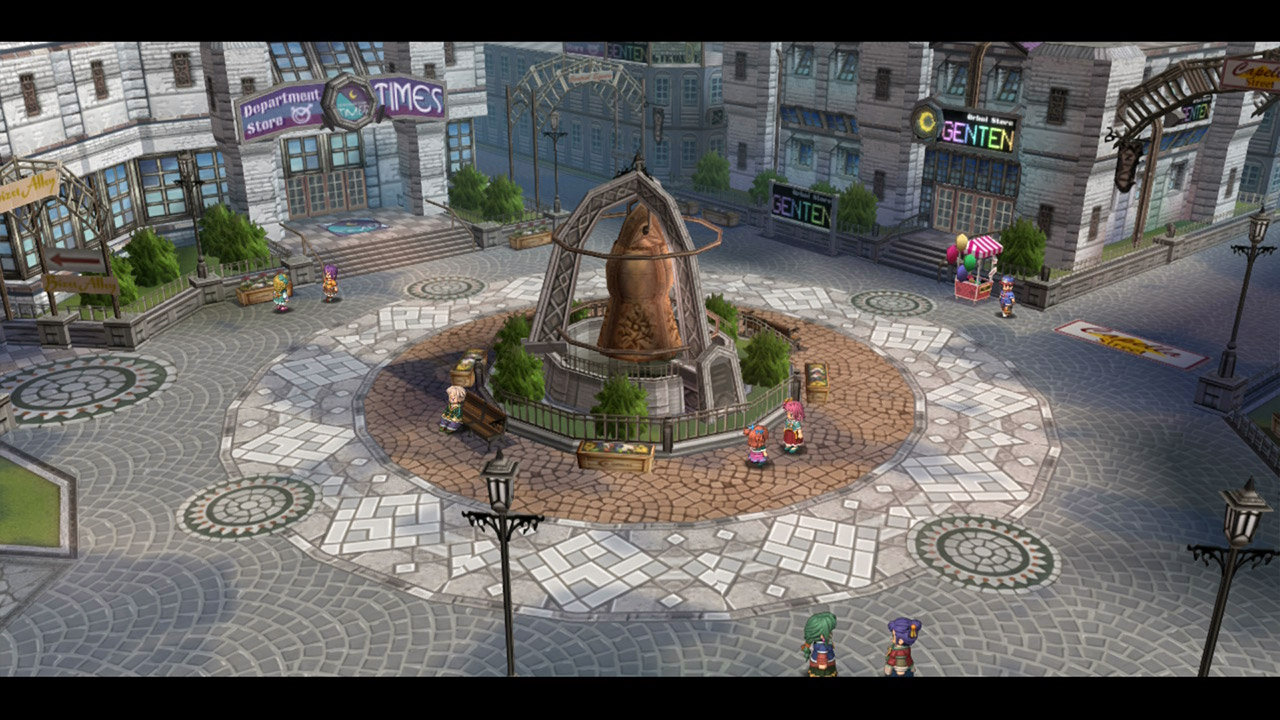 And considering the game was originally released for the PSP, it’s a perfect match for the Switch in handheld mode. The UI is easy to read, and the animations and combat sequences perform very well.

I also enjoyed the familiarity of the game. Even with its earlier-gen graphics and simplified combat and inventory management, Trails From Zero felt almost exactly like the newer Legend of Heroes games I’ve played, right down to the overall tone. They’re not quite as, well, randy as the Trails of Cold Steel games—fewer public bath scenes and less innuendo—but you can see that the series was heading in that direction.

Regardless of what you expect or hope to avoid in your JRPGs, The Legend of Heroes: Trails From Zero is a very good one. It’s perfectly sized for the Nintendo Switch, and it provided me with an intricate but light adventure that served as a perfect dropoff from the epic scale of Xenoblade Chronicles 3, which I’d completed just before starting this one. The Legend of Heroes is quickly becoming one of my favorite franchises, and I’m greatly looking forward to the Crossbell arc’s sequel—The Legend of Heroes: Trails to Azure—coming to Switch next year.

The Legend of Heroes: Trails From Zero takes us back to the formation of the SSS, an organization Switch gamers will know from the Trails of Cold Steel games. It also takes us back to a relatively simpler system that’s perfectly sized for JRPG adventuring on the go.