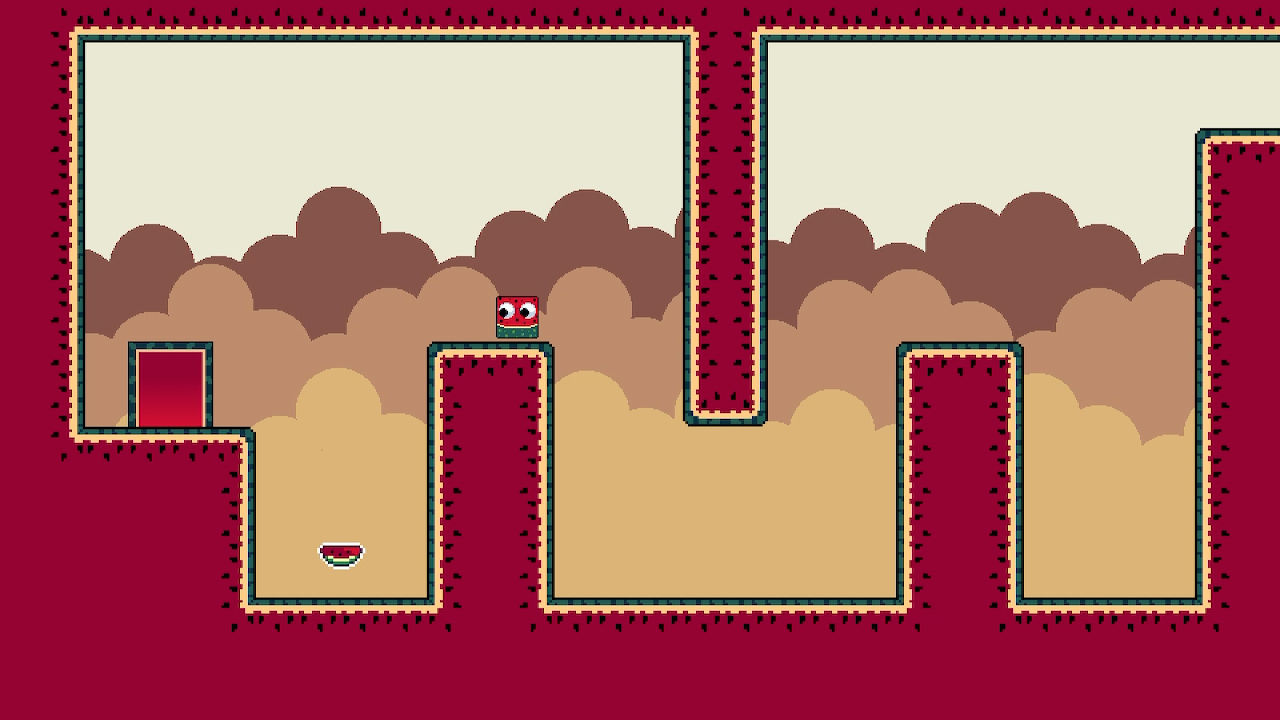 Watermelon Blocks is a cute 2D puzzle platformer that uses simplicity to its advantage. You play as a chunk of watermelon traversing a series of platforms that get increasingly more difficult to cross without exploding against spikes or enemies.

The game has a really clear aesthetic from the opening pages. The bold pink and green colour scheme is consistent throughout, leaning heavily on the watermelon theme. It creates an identity for the game that makes it stand out from other platformers.

The controls are incredibly simple too. Your watermelon character moves automatically. You use one button to jump, either over obstacles or off walls to change direction. You use another button to switch up elements of the levels that can be manipulated. That same button influences platforms, spikes and enemies that appear and disappear at your click. 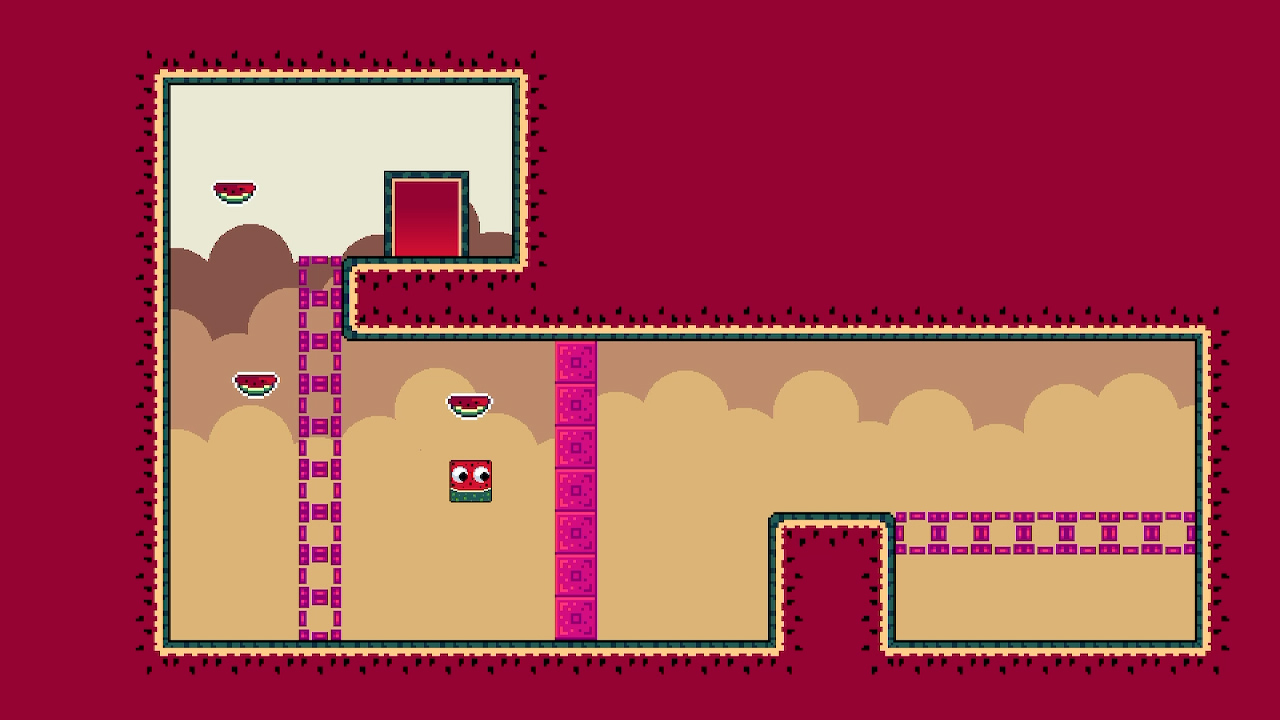 The puzzles you face get progressively more difficult as you work through the levels. They’re not hugely difficult, which makes sense for a game with an E rating. It has to be accessible to very young players, and I think it achieves a comfortable universal approach in terms of difficulty. It’s a nice, lazy-day type of game if you’re used to more challenging platformers.

You can tell that Watermelon Blocks is a game designed to be as simple as possible in terms of its construction. For the most part, the developers have made this work. However, there are some classic aspects of platformers that are missing from this one that could’ve improved the experience, even if those are relatively small details.

For instance, Watermelon Blocks doesn’t track how many levels you have completed. If you stop without going right through to the end, there’s no way of telling which level you should be on. Higher levels aren’t locked off until you’ve finished the easier ones; this isn’t an issue, but strikes me as somewhat unusual. 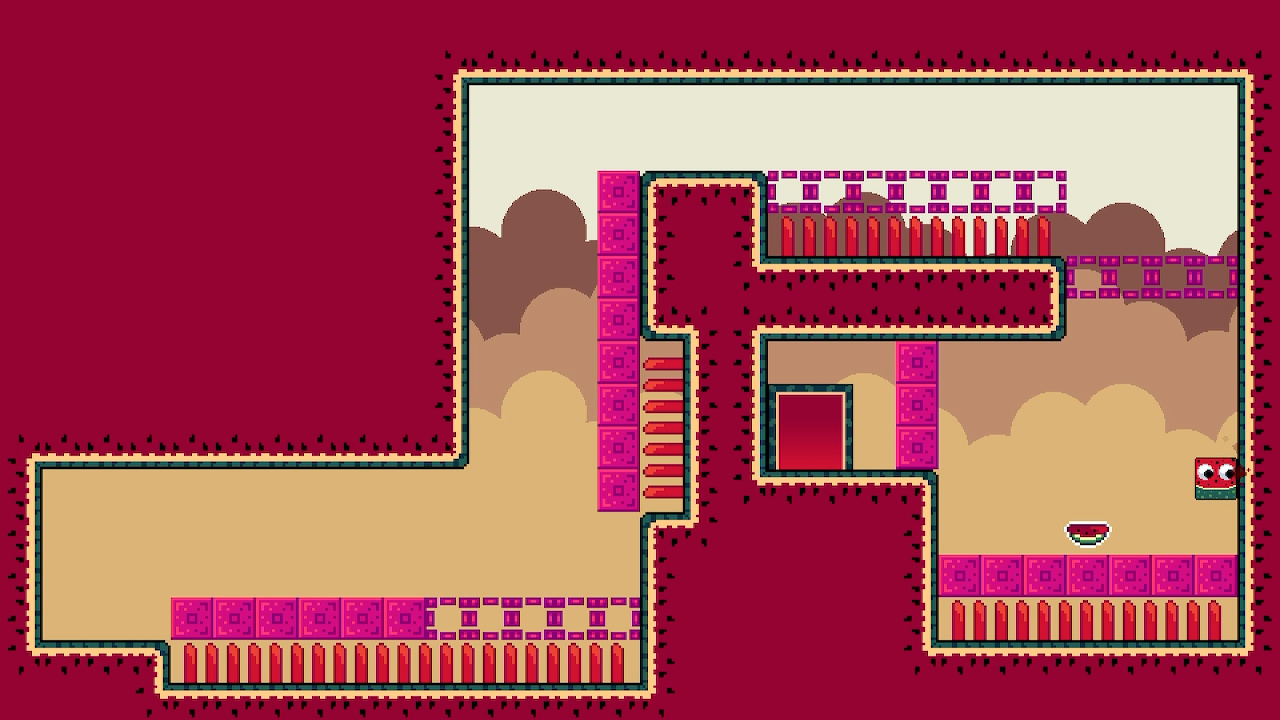 There isn’t much to motivate you to play the game over again. There isn’t a timer or any other kind of scoring system you can use to go back and beat your previous attempts, unless you wanted to time yourself.

Having said that, it’s a very cheap game and none of the things that aren’t ideal about it are at all game-breaking. Watermelon Blocks is still fun and cute and offers a pleasant hour or so of relaxing puzzles.

Watermelon Blocks is built for simplicity. It’s missing some key details that would make the overall experience feel more complete, but it’s still decently enjoyable at a cheap price.