Slowpokes are taking over Japan!

Slowpokes are taking over Japan!

Game Freak Inc. musical composer and director of Pokemon, Junichi Masuda, recently tweeted a link to something rather hilarious. According to the link, 800 wild Slowpoke have been on the loose due to a scientific mishap and are now taking over Japan.

The UDON Journal mentions, scientist have been undergoing an experiment in hope of solving the water shortage problem and have kept this endeavor under-wraps since 1963. Scientists had expected to solve the problem by manipulating the Pokemon, Slowpoke, and its ability to induce rain by simply yawning. 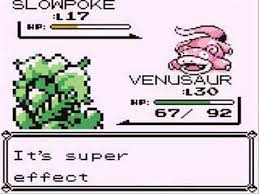 Slowpoke was originally spotted in Pokemon Red andBlue when the videogame launched on the Nintendo Game Boy in 1996.

This is obviously a joke from Masuda, but tons of individuals are now capturing images of the wild Slowpoke and uploading the pictures on twitter using #sanukiyadon.