REDMOND, Wash.–(BUSINESS WIRE)– Nintendo of America issued a surge of new information today about what consumers can expect from the company in the coming months. Let’s get right to it:

END_OF_DOCUMENT_TOKEN_TO_BE_REPLACED 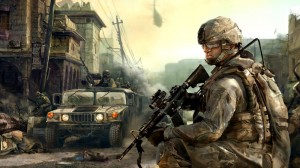 Kraków, February 24th 2010 — Teyon, a successful video games developer and publisher, unveiled today a part of Nintendo DSiWare™ and WiiWare™ line-up for this year.  “The line-up is a result of our strategy focusing on digital distribution and providing a wide range of high quality games” said Michal Tatka, CEO.

END_OF_DOCUMENT_TOKEN_TO_BE_REPLACED

NINTENDO DOWNLOAD: WHETHER AT HOME OR OUT AND ABOUT, NINTENDO’S DOWNLOADS MAKE FOR GREAT FUN

Let’s say you’re relaxing at home, but something doesn’t seem quite right. Maybe your house has ghosts. Clearly you need to get GhostSlayer, with its Wii MotionPlus™ accessory functionality, to figure out how to deal with them. Or maybe your house has a mouse. Mouse House™ puzzles seem the logical choice for you. Maybe you just need to get out of the house and try some fresh air with Family Go-Kart Racing. If it seems a bit brighter than usual outdoors, that’s probably because Aura-Aura, the star of Aura-Aura Climber™, has fallen out of the sky. While you’re out having fun, take and share some crazy pictures of your friends and family with Faceez, or spend a few relaxing hours directing flights with Flight Control™. And while you’re out there, you might want to spend some time helping a little boy recover his lost pet goldfish, Flipper.

END_OF_DOCUMENT_TOKEN_TO_BE_REPLACED 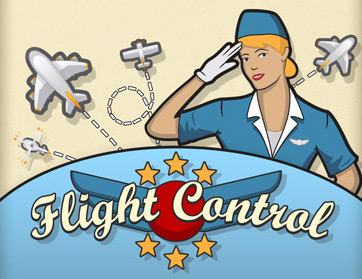 Keep the skies safe on your Nintendo DSi with the insanely addictive Nintendo DSiWare download Flight Control for 500 Nintendo Points!

In this action-packed game, you will take on the role of an air traffic controller at an increasingly busy airport. In complete control of the airspace, you must direct aircraft to their appropriate landing zones while avoiding collisions. Youíll travel to airports set among green fields, a beachside resort, the Australian Outback, a winter wonderland and even an aircraft carrier. Learn how to land ten different kinds of aircraft, including jets, seaplanes and helicopters.

END_OF_DOCUMENT_TOKEN_TO_BE_REPLACED

Nintendo Download: Look Out for Numero UNO with New Game Downloads from Nintendo

Look Out for Numero UNO with New Game Downloads from Nintendo

You needn’t be bilingual to appreciate the first of this week’s fantastic downloadable game offerings. Like the classic card game upon which it’s based, the newUNO™ game for the WiiWare™ service is all about inclusive, social fun that anybody can pick up and enjoy. Other fresh WiiWare fare includes the inventive puzzle title bittos+ and the hidden-object game “Aha! I Found It!” The Nintendo DSiWare™ service welcomes a trio of diverting hand-held delights this week: the strategy-based NUMBER BATTLE™, the arcade-style AiRace: Tunnel and the action-packed Escapee GO! Last but not least, Virtual Console™ fans should prepare to vanquish spooky specters with the arrival of a true Super NES™ classic, Ghoul Patrol™.

END_OF_DOCUMENT_TOKEN_TO_BE_REPLACED

Nintendo Download: When You See This Week’s Downloads, You Will Have No … OBJECTION!

When You See This Week’s Downloads, You Will Have No … OBJECTION!

Courtroom intrigue with everyone’s favorite Ace Attorney leads this week’s Nintendo Download. For the first time, players can use the Wii Remote™ controller to help them balance the scales of justice. Six other games join this week’s lineup, including some temporal adventures and a puzzle game based on shadows, not to mention new twists on solitaire, billiards and word searches. A classic Genesis mahjong video game rounds out the list.

END_OF_DOCUMENT_TOKEN_TO_BE_REPLACED

Nintendo Download: Prepare for ’10 with 10 New Downloadable Games from Nintendo

Prepare for ’10 with 10 New Downloadable Games from Nintendo

With only a few days left until the end of 2009, Nintendo is already uncorking 10 new games to help you ring in the New Year. Thanks to the ever-expanding WiiWare™ service, you can keep it spooky with a captivating Castlevania title, bulk up sumo-style with Eat! Fat! FIGHT! or customize crazy creatures withRABBIDS LAB. The Virtual Console™ service welcomes the high-flying classic PilotWings™, while a new edition of the timeless pioneer adventure The Oregon Trail® arrives on the Nintendo DSiWare™ service. No matter which of these 10 terrific titles you choose, hoist your Wii Remote™ controller or Nintendo DSi™stylus and join us in a toast to a fabulous 2010. Cheers!

Castlevania The Adventure ReBirth
Publisher: Konami Digital Entertainment
Players: 1
ESRB Rating: T (Teen) – Animated Blood, Fantasy Violence
Price: 1,000 Wii Points™
Description: Another 100 years have passed since the death of Count Dracula, but his curse has emerged once again within the realms of Transylvania. Play the role of the ultimate gothic hero from the long lineage of vampire hunters, the Belmont clan, and rid the universe of Dracula’s legion of darkness and doom. Based on the classic 1989 original Castlevania: The Adventure, this WiiWare version will allow players of a new generation – and older fans – to experience one of the most popular games within the storied Castlevania timeline from a new perspective.

END_OF_DOCUMENT_TOKEN_TO_BE_REPLACED

This game looks amazing! This is definitely my next DSiWare purchase! Dark Void Zero will be released sometime in January 2010 for 500 DSi Points.

REDMOND, Wash., Dec. 14, 2009 – Consumers nationwide continue to snap up Nintendo products for the holidays, and Nintendo is poised to carry that momentum into 2010. Dozens of games for the Wii™, Nintendo DS™ and Nintendo DSi™ systems are on the way in a wide range of categories from both Nintendo and its third-party partners.

To bring a little color to the winter months, Nintendo will release two new colors for its Wii Remote™ controller. Starting Feb. 14, the controller will come in Pink or Blue and will be bundled with a Wii MotionPlus™ accessory. Along with the current White and Black versions of the controller, now every player in four-player matches can have his or her own color.

“During the holidays, tens of millions of Americans are going to spend enjoyable hours with both Wii and Nintendo DS,” said Cammie Dunaway, Nintendo of America’s executive vice president of Sales & Marketing. “And the enjoyment will only grow in the early weeks of 2010, whether your taste in gaming comes from exploring ocean depths, catching, training and battling Pokémon or even designing your own micro-games.”