101 MiniGolf World is the first ever “true 3D” miniature golf for Nintendo DSiWare™! Your stylus becomes the putter for an incredibly fun minigolf experience as never seen before! Play over 100 fun and challenging holes solo or with up to 8 friends on one console. What will be your record to finish all courses with the lowest number of strokes? The intuitive 3D Virtual Play eases the use of controls with just a stylus to sink putts as you send your ball flying through loops, pipes, arches, extreme ramps and mind-blowing obstacles! With a combination of real golf rules and wacky MiniGolf fun, it’s the ultimate challenge for Nintendo DSiWare™!

We encourage you to check the official game’s site.

More information will be revealed soon.

END_OF_DOCUMENT_TOKEN_TO_BE_REPLACED

In Ball Fighter your task is to destroy colorful spheres. Catch and throw them back before they reach the bottom of the well. Connect at least 3 of the same color vertically to make them explode and disappear. You can also encounter a few bonus types like rockets, bombs or brushes.

Find out more details at the game’s page.

END_OF_DOCUMENT_TOKEN_TO_BE_REPLACED 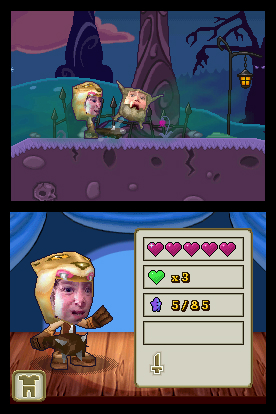 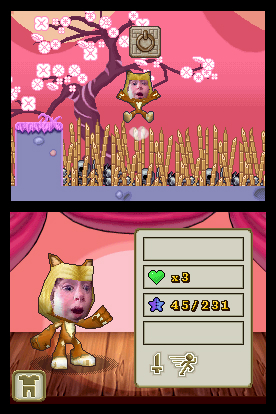 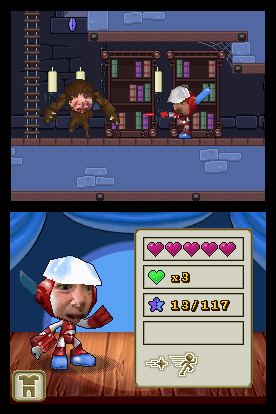 GUILDFORD, UK, December 2nd, 2009 – Electronic Arts, Inc (NASDAQ: ERTS) today announced the launch of Foto FaceTM: The Face Stealer Strikes, a new Nintendo DSiWare™ title that gives players the ability to put themselves into the game and sends them on a wild, adventurous quest to reclaim their own stolen identity. Leveraging the unique features of the Nintendo DSi™ system, players use the camera and microphone to capture their face and voice to become an in-game character. Foto Face: The Face Stealer Strikes will be available on the DSiWare store in North America from today, November 30th, and in the rest of the world from Friday December 4th.

END_OF_DOCUMENT_TOKEN_TO_BE_REPLACED

A new title has been revealed thanks to a rating posted to the OFLC. ‘Reflect Missile’ is being developed by Q-Games and published by Nintendo so it’s …
END_OF_DOCUMENT_TOKEN_TO_BE_REPLACED 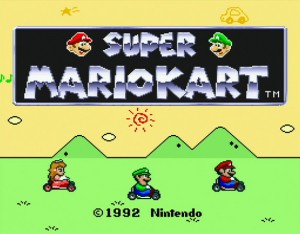 Among the latest downloadable games from Nintendo is BIT.TRIP VOID, a riveting new installment in the extraordinary retro-arcade series for the WiiWare™service. You’ll also find some remarkable kid-friendly fare on WiiWare this week, including the immersive Harvest Moon®: My Little Shop. Race-loving Mario™ fans will thrill to see the original Super Mario Kart™ make its Virtual Console™ debut alongside the imaginative A Boy and His Blob: Trouble on Blobolonia. The Nintendo DSiWare™ service welcomes Castle Of Magic – featuring some inventive uses for the Nintendo DSi™ system’s built-in cameras – as well as five delightful additions to the Electroplankton™ series. No doubt, the variety and value found on the Wii Shop Channel and Nintendo DSi Shop are enough to keep holiday consumers energized through Black Friday and beyond.

END_OF_DOCUMENT_TOKEN_TO_BE_REPLACED

Top 20 WiiWare/DSiWare/VC of the week

END_OF_DOCUMENT_TOKEN_TO_BE_REPLACED 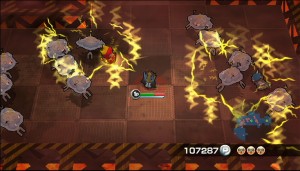 REDMOND, Wash.–(BUSINESS WIRE)– There’s never been a better time to check out the extraordinary lineup of downloadable games from Nintendo. This week, Wii™ owners who connect their Wii consoles to the Internet can enjoy demos of five exceptional games for the WiiWare™ downloadable game service for zero Wii Points™: BIT.TRIP BEAT, FINAL FANTASY® CRYSTAL CHRONICLES®: My Life as a Darklord™, NyxQuest: Kindred Spirits, World of Goo™ and a brand new entry in the Pokémon™ game series, Pokémon™ Rumble. To get a taste of any or all of these tremendous titles before downloading the full versions, go to the WiiWare section of the Wii Shop Channel and search for “Demo.” For more information, please visit www.nintendo.com/wii/wiiware/demo.

This week’s launch of Pokémon Rumble for WiiWare delivers more than just a fun-packed new addition to the beloved Pokémon universe. Anyone who joins Club Nintendo™ – or is already a member – will have the opportunity to unlock an exclusive Toy Pokémon character that can be used in the game. Simply connect your Wii Shop Channel account to your new or existing Club Nintendo account, use Wii Points to download Pokémon Rumble and watch for an e-mail containing a special password that lets you access the character in the game. More information about this offer can be found at us.wii.com/wiiware/pokemonrumble/register. The offer is available only through April 30, 2010.

END_OF_DOCUMENT_TOKEN_TO_BE_REPLACED

Load Up on Excitebike Action, Musical Plankton and More

Rev up your engines for a huge week at the Wii™ Shop Channel and Nintendo DSi™ Shop, starting with the launch of a pulse-pounding revamp for the WiiWare™ service, Excitebike™: World Rally. For the Nintendo DSiWare service, you’ll find five new titles in the mesmerizing Electroplankton™ series – available at just 200 Nintendo DSi Points™ apiece – plus the irresistible multiplayer mayhem of Bomberman Blitz. With two new classic Virtual Console™ offerings to sweeten the selection, there’s truly something for everyone to download and enjoy.

END_OF_DOCUMENT_TOKEN_TO_BE_REPLACED

Why just take photos with your Nintendo DSi™ system when you can have access to a virtual photo booth? Sparkle Snapshots™, a new Nintendo DSiWare™application, lets you customize pictures with fun extras like fancy frames and stamps. On the other hand, if you’re more of a fan of Nordic pillaging and/or dragons, you’re going to want to check out this week’s Nintendo DSiWare offerings of both Viking Invasion and Battle of Giants: Dragons – Bronze Edition.

Three fun WiiWare™ games are added to the ever-growing library, including Carnival King, which turns your TV into a carnival midway. And the Virtual Console™delivers its usual quality classics, including Fighting Street®, a port of the original arcade version of STREET FIGHTER.

END_OF_DOCUMENT_TOKEN_TO_BE_REPLACED

Poor Rayman, he was left out of Rabbids Go Home, but it looks like he’ll be returning in a DSiWare game.