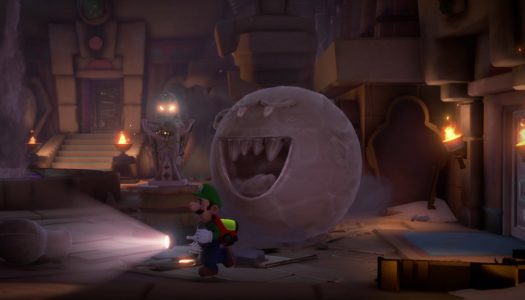 It’s another season of autumnal goodness here in the United States of America. Most people associate autumn with Pumpkin Spice Lattes from Starbucks, others equate it with spooky films, games, …
END_OF_DOCUMENT_TOKEN_TO_BE_REPLACED

London, October 2008: Wrapstar, the London based company that designs and supplies protective skins for popular high-tech gadgets, today announces the launch of a new range of skins based on …
END_OF_DOCUMENT_TOKEN_TO_BE_REPLACED

One more source saying that they got confirmation about the New DS, this time from spong.com. This thing is just to big not to be true.

We spoke to a …
END_OF_DOCUMENT_TOKEN_TO_BE_REPLACED 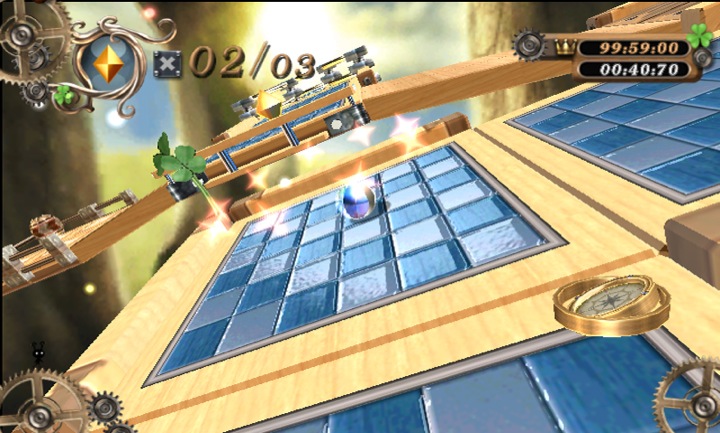 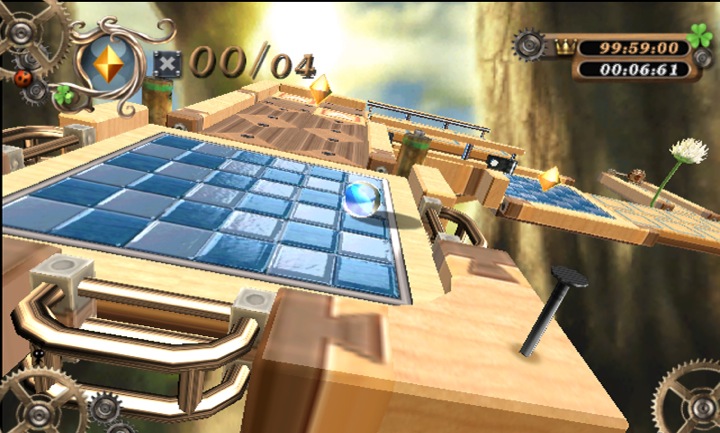 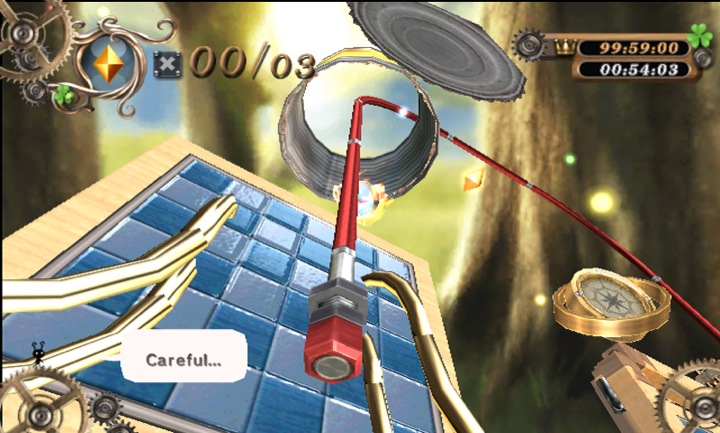 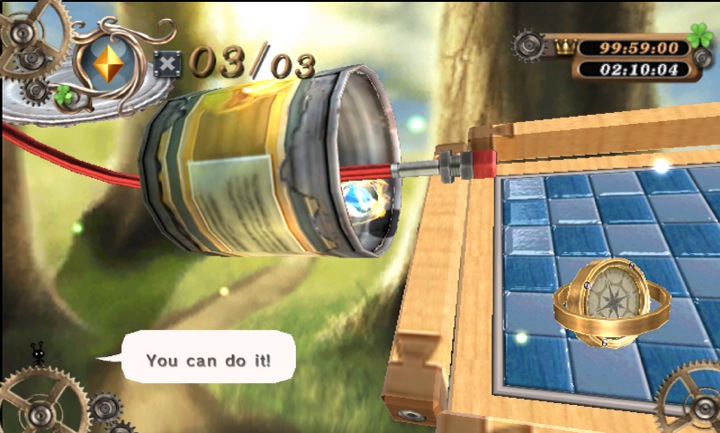 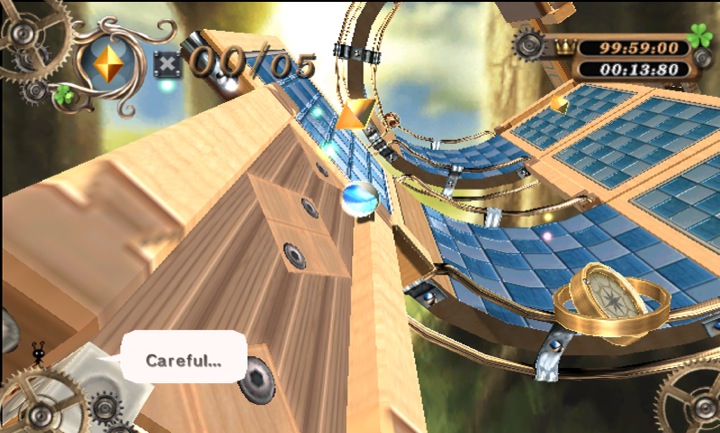 The sequel to Kororinpa: Marble Mania, Marble Saga: Kororinpa is full
of new levels for gamers to explore, 4-person multiplayer gameplay,
tons of customization features, the ability to connect and compete
online and the use of the Wii Balance Board as features.

END_OF_DOCUMENT_TOKEN_TO_BE_REPLACED

Tomb Raider: Underworld marks the first game in this flagship series that is designed specifically for next generation consoles. Lara Croft uncovers proof of the existence of the mythical hammer of the Norse god Thor, a weapon rumored to have the power to smash mountains into valleys and destroy the gods themselves.

END_OF_DOCUMENT_TOKEN_TO_BE_REPLACED

WAYNE, N.J., Sept. 25 /PRNewswire/ — With the official start of the
holiday shopping season only weeks away, today Toys”R”Us announced its 2008
Hot Toy list, representing the definitive selection of toys that will top
kids’ wish lists this holiday season. The company’s predicted list of the
biggest holiday “must-haves” features 36 new toys that are sure to delight
and excite kids across the country when they open their Christmas presents.
Carefully selected after a comprehensive review process, items on the list
are organized by age from “Baby’s First Christmas” to “Big Kids” and serve
as a starting point to help parents, friends and family find the perfect
gift for any child. From the overall list, the “Fabulous 15″ were selected
to represent the very best toys of the season. All items featured on the
list are available at Toys”R”Us stores nationwide and at
http://www.Toysrus.com/HotToys

“After a thorough evaluation of all new toy introductions throughout
the year, and consultations with our global merchandising team in 34
countries, Toys”R”Us has the unique ability to provide our guests with THE
ultimate list of items certain to bring big smiles to kids’ faces – the
Toys”R”Us Hot Toy list,” said Karen Dodge, Senior Vice President, Chief
Merchandising Officer, Toys”R”Us, U.S. “With new toy shipments arriving in
our stores daily, customers will have a better chance of finding the
hottest toys, in stock, at Toys”R”Us than anywhere else.”

END_OF_DOCUMENT_TOKEN_TO_BE_REPLACED 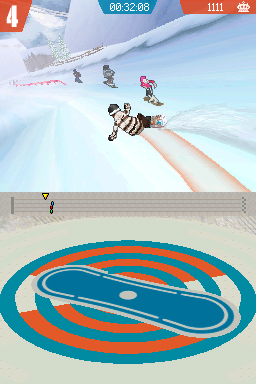 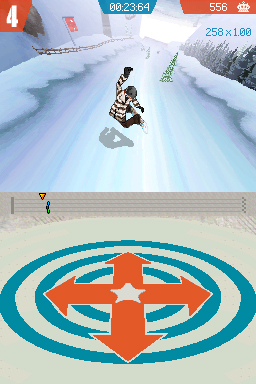 SAN FRANCISCO – September 24, 2008 – Today Ubisoft announces the development of Shaun White Snowboarding for the Nintendo DS(TM) system and PSP® (PlayStation® Portable) system. The game is scheduled for release on November 16, 2008.

Developed in close collaboration with Shaun White, Olympic Gold Medalist and eight-time X Games Gold Medalist, Shaun White Snowboarding for the PSP system and DS allows players to enjoy the thrilling sport of snowboarding anytime, anywhere. Built from the ground up on both platforms, each version includes exclusive and unique features. Using intuitive controls, players can ride and compete on mountains around the world. They can also express their creativity through rides and customization and challenge their friends through wireless multiplayer.

END_OF_DOCUMENT_TOKEN_TO_BE_REPLACED

MARINERS AND NINTENDO TEAM UP TO SALUTE FANS 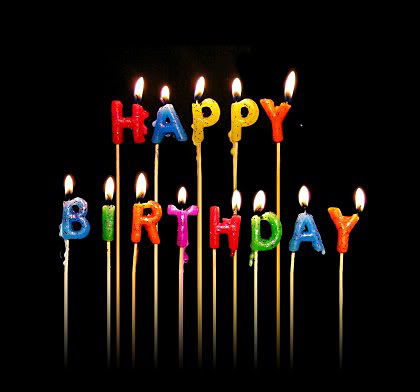 END_OF_DOCUMENT_TOKEN_TO_BE_REPLACED

Customers who preorder Moon at GameStop stores and through GameStop.com will receive an exclusive telescoping Moon stylus and game case. Quantities are limited so act fast!

Moon is currently scheduled for release on November 18.

END_OF_DOCUMENT_TOKEN_TO_BE_REPLACED 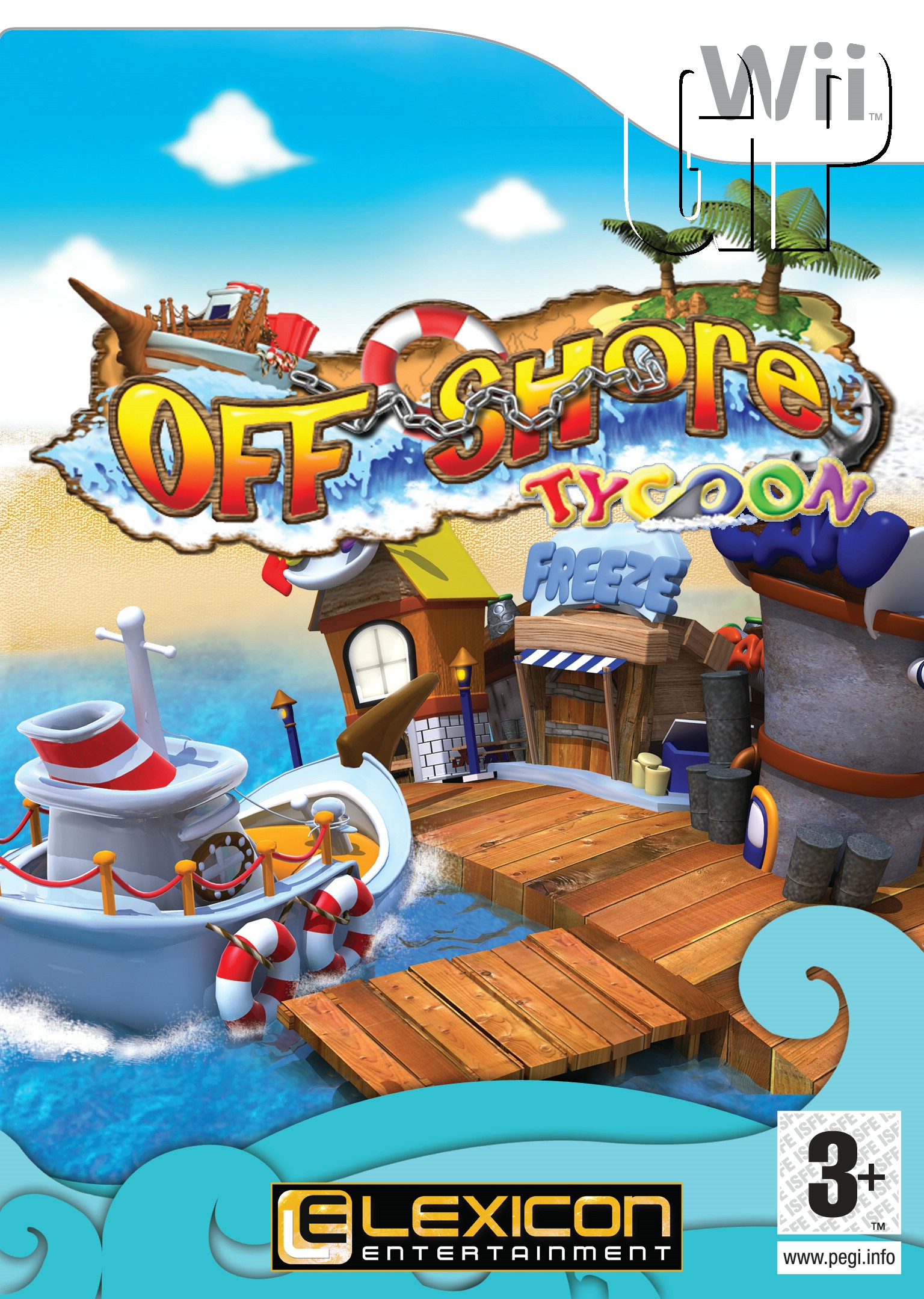 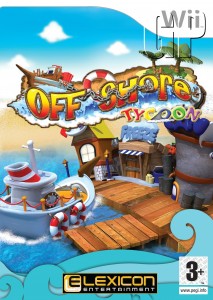 Sheffield UK , 23rd September 2008 – Lexicon Entertainment, a leading publisher and distributor of interactive entertainment and leisure software for video game console systems and personal computers world-wide, is pleased to announce, in collaboration with CyberPlanet Interactive, the publishing of Offshore Tycoon for Nintendo DS and Wii.

END_OF_DOCUMENT_TOKEN_TO_BE_REPLACED

NEW YORK – September 22, 2008 – Majesco Entertainment Company (NASDAQ: COOL), an innovative provider of video games for the mass market, announced today an agreement with Scholastic Interactive, a division of Scholastic Media (SM) (http://www.scholastic.com/), to distribute the Group’s console and handheld titles in North and South America. Titles under the agreement include Goosebumps HorrorLand for Wii, PlayStation 2 computer entertainment system and Nintendo DS and Ultimate I SPY for Wii, scheduled for release in October, as well as catalog titles I SPY Fun House and Animal Genius for Nintendo DS.

“The Majesco team is excited to help Scholastic bring to market games based on two of their most well known and successful franchises, Goosebumps and I SPY, as well as expand the distribution of their catalog titles,” said Gui Karyo, Executive Vice President of Operations, Majesco.

END_OF_DOCUMENT_TOKEN_TO_BE_REPLACED

REDMOND, Wash., Sept. 22, 2008 – Today, two popular Nintendo characters launch their new video games on a rare dual-launch day. Conniving Wario™ appears in Wario Land™: Shake It! for the Wii™ console, while “super tuff pink puff” Kirby™ arrives in Kirby Super Star™ Ultra for Nintendo DS™. Both characters have millions of fans, and each game plays to the strengths of its lead character.

Wario Land: Shake It! looks like a hand-drawn cartoon that players can control. It’s a classic-style side-scrolling game in which players navigate Wario through a series of enemies and hazards. The game features motion controls: Players shake the Wii Remote™ controller to help Wario shake down his enemies, free coins from treasure bags and even cause earthquakes. Wario’s narcissistic personality is on full display as he sets out to get his hands on the Bottomless Coin Sack.

END_OF_DOCUMENT_TOKEN_TO_BE_REPLACED

For any girl who has ever dreamed of being a star, EA Casual Entertainment brings you one step closer with Boogie™ SuperStar. Combining the hottest music hits from around the world with the coolest dance moves and total character customization, Boogie SuperStar provides the ultimate gaming experience: to sing and dance your way to superstardom!

Boogie SuperStar features nearly 40 songs made famous by popular artists such as Natasha Bedingfield, Rihanna, Fergie, Katy Perry, Maroon 5, Leona Lewis, Alicia Keys, Good Charlotte, Britney Spears, Kanye West, and more. Bedingfield, who has topped the Billboard charts with number one singles and albums in both the US and the UK, has joined forces with EA as featured spokesperson for the game. Additional songs are available on an International version of Boogie SuperStar, allowing players to also perform songs made famous by local European artists.