“I don’t agree that [Nintendo] were on a downward trend, but I do agree that they wanted to reach more customers than they were reaching.

Depending on how you look …
END_OF_DOCUMENT_TOKEN_TO_BE_REPLACED

END_OF_DOCUMENT_TOKEN_TO_BE_REPLACED 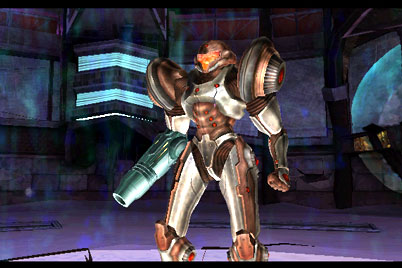 I have to say that this is a pretty good list. I do not 100% agree with the order of it, but I did not make is …
END_OF_DOCUMENT_TOKEN_TO_BE_REPLACED

We Ski:
-Not so good.
-You can play 4 player mode but only one person can use the balance board
-The mini-game in WiiFit is better than We Ski.

-Rock Revolution DS
-More of a Rhythm game. You pick from one of four instruments.
-4 licensed songs were there
-Not so good, its just not a very good game

-International Track and Field DS.
-Really good, challenging.
-A lot of fast motioning with the stylus.

END_OF_DOCUMENT_TOKEN_TO_BE_REPLACED

Nintendo will release the highly anticipated Super Smash Bros.™ Brawl 26 June 2008. The first Super Smash Bros. for Wii™ is an action packed fighting game that includes more moves, more levels, online battles, Nintendo Wi-Fi Connection, a variety of control options, a host of playable characters, and even an adventure mode that’s a full game in itself!

Super Smash Bros. Brawl is a game play experience where characters from around the Nintendo universe meet up in Nintendo locales to battle it out. Choose from a number of iconic and new characters including Mario, everyone’s favourite plumber; Meta Knight, the sword-wielding nemesis of Kirby; Pit, the angelic archer from Kid Icarus™; Zero Suit Samus, the powerful Metroid® series heroine; Sonic the Hedgehog from SEGA®, and Solid Snake the solider from Konami’s Metal Gear series, among a host of others.

END_OF_DOCUMENT_TOKEN_TO_BE_REPLACED

Official Press Release: Who’s The Best Brawler Of Them All? Brawl Comes To Europe June 27th

Note: We already knew Brawl was coming to Europe June 27th. This is the official Press release from Nintendo.

Time to settle old scores and let the Wii decide with the launch of Super Smash Bros. Brawl

The next super-charged generation of brawling rumbles onto the Wii with Super Smash Bros. Brawl hitting the shelves in Europe, on the 27 June 2008. Packed with a whole host of new features including a bulging character roster, an accessible and intuitive combat arena editor, multiple battle modes, an engrossing single player storyline and for the first time, the ability to take battles online, Super Smash Bros. Brawl is set to bring the fast, furious and frenetic world of the brawl to the masses!

Super Smash Bros. has always been about pitching Nintendo’s iconic characters against each other and settling long-standing arguments on who is the toughest in four-player bouts. Keeping this concept at its heart, Nintendo has upped the challenge by introducing 16 new characters into the fray – bringing the total playable to 35 – including familiar heroes such as Solid Snake, Wario, Diddy Kong and Sonic the Hedgehog. Never before have gamers had to master their combat style so finely, practicing and perfecting signature moves and combos to ensure they remain on top of the brawling pile.

END_OF_DOCUMENT_TOKEN_TO_BE_REPLACED 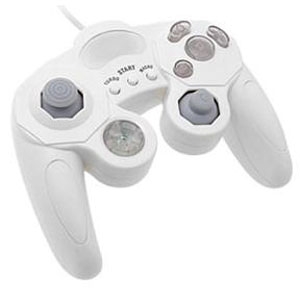 Want to feel the control rumble as you crash and smash your way through games, experience your Wii gaming in a whole new …
END_OF_DOCUMENT_TOKEN_TO_BE_REPLACED

BUCKLE UP! MARIO KART WII PUTS EVERYONE IN THE DRIVER’S SEAT

REDMOND, Wash., April 28, 2008 – Since the invention of the automobile, kids have pantomimed driving with pretend steering wheels. Since the dawn of the video game age, people of all ages playing racing games have twisted and turned their controllers to steer their vehicles, even though it had no effect on the action on the screen. Now, Mario Kart® Wii makes these fantasies a reality and brings a new level of immersion and interaction to video games.

END_OF_DOCUMENT_TOKEN_TO_BE_REPLACED

You may not be, to excited, by the title of the post. Who knows, you still may not be to excited after I tell you a little more, but I …
END_OF_DOCUMENT_TOKEN_TO_BE_REPLACED

Cubed³’s Adam Riley: First of all, why make a sequel to Tales of Symphonia on Wii, rather than create a brand new ‘Tales of’ storyline?