I loved Tales of Symphonia for the Gamecube! It had a really unique take on the RPG genre, and the one for Wii looks to continue that trend. If …
END_OF_DOCUMENT_TOKEN_TO_BE_REPLACED

Once again thanks to Alkaline from the neogaf forums for the Summary.

– The two receives five more games today, making them even busier than they were last week.
– Capcom have find it difficult to get stores to stock Zack and Wiki – very limited. Chobot and Peer found it different to get their hands on the game. Disappointed because the game is so awesome.

EA Playground
– Matt reviewed it – 6.6
– Wii Sports title that isn’t as good as Wii Sports.
– Overpriced at $49.99
– Bozon likes the slot-car racings, Matt thinks the paper-airplane game is ok.
– Confused as to why MySims and EA Playground didn’t have Mii Support given their distinct styles.

Cosmic Family
– Matt reviewed it – 5.0
– Really meant for young ages.
– Static 2D backdrop with little imagination.
– Has an MS paint-ish program to draw things which is kind of cool.
– Very limited and simple tasks.
– Severely overprived at $49.99
– Don’t bother with it.

Dragon Ball Z 3
– Bozon is pretty optimistic about it (gave first game 8.3)
– Kind of unconventional – flying combat, more based on building up super attacks.
– Tons of characters in the game.
– Should turn out really good.

END_OF_DOCUMENT_TOKEN_TO_BE_REPLACED

Thanks to Alkaline from Neogaf for the summary.

– Both have been incredibly busy with Wii games – very overwhelmed. Have a massive backlog of games they need to cover – Zack and Wiki, Soul Calibur Legends, Manhunt 2, FIFA 08, Naruto, Smartypants, Fishing Master, Medal of Honour: Heroes 2, MX Untamed, Rayman Raving Rabbids 2, etc. At least 10 games they need to catch up on – they’re working on the reviews, but they’re taking a while because there’s so many to cover.

Zack and Wiki
– Was supposed to have the exclusive review on Zack and Wiki up tonight, but they couldn’t complete it – stuck on a really hard (but awesome) puzzle.
– Maybe half-way through the game, and don’t have any concerns about the length (about 15 hours).
– Difficulty is great, ramps up as the game progresses. Everytime you step into a new level, you’re confronted with more new and unique puzzles.
– Puzzles and controls are lots of fun. Definitely recommend it – will be an editor’s choice. Go and preorder it right now. One of the best 3rd party games on Wii. One of the very few Wii games that simply could not be replicated on another console. A “must-have title”.
– The puzzles are challenging, you may need to even get help from friends (which you can). “Best designed puzzles in a decade” – probably superior to Zelda. “The quality and consistency of these puzzles is just insane.”
– Don’t have many complaints – wish they would supply more puzzles through WiiConnect24, sometimes need to use exact motions yet sometimes it’s pretty much guess-work, sometimes trial-and-error gameplay might annoy.
– But it’s a really good game. Saw the GameInformer review – definitely not a mid-7’s game.
– Really smart puzzles and really beautiful (though sometimes framerate takes a dip). The animation is awesome – looks like you’re watching a cartoon. Lots of polish and little elements that many other developers would not even think about including. “Insane production values.”
– Next week there will be massive coverage of the game.

END_OF_DOCUMENT_TOKEN_TO_BE_REPLACED 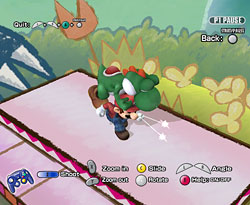 While playing the game, you might encounter an interesting situation. At times like this, you must PAUSE!

Stop the action and look at the scene from …
END_OF_DOCUMENT_TOKEN_TO_BE_REPLACED

GameFly Top 5 (Not As Cool As Big Five)

I just bought Sin & Punishment yesterday, and it is well worth the $12! It’s a fast-paced action shooter similar to Starfox 64, except you’re on foot. The controls …
END_OF_DOCUMENT_TOKEN_TO_BE_REPLACED

Yikes!  I was a huge fan of the Gamecube, but I, like Nintendo, was disappointed in the sales numbers in its 5 year term.  It looks like Sony has …
END_OF_DOCUMENT_TOKEN_TO_BE_REPLACED

Chibi-Robo: Park Patrol for Nintendo DS Shows Kids How to be Green 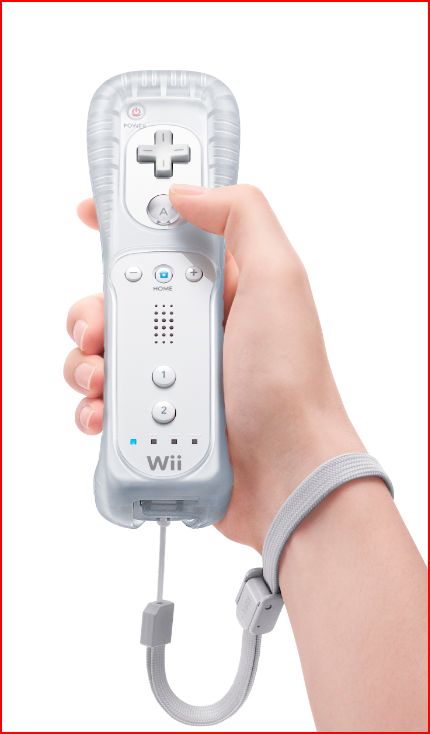 GI: You’ve always been pretty high up on the latest and greatest hardware, you’re rolling onto …
END_OF_DOCUMENT_TOKEN_TO_BE_REPLACED

Here’s the complete summary of highlights from IGN’s latest Wii-k in Review: