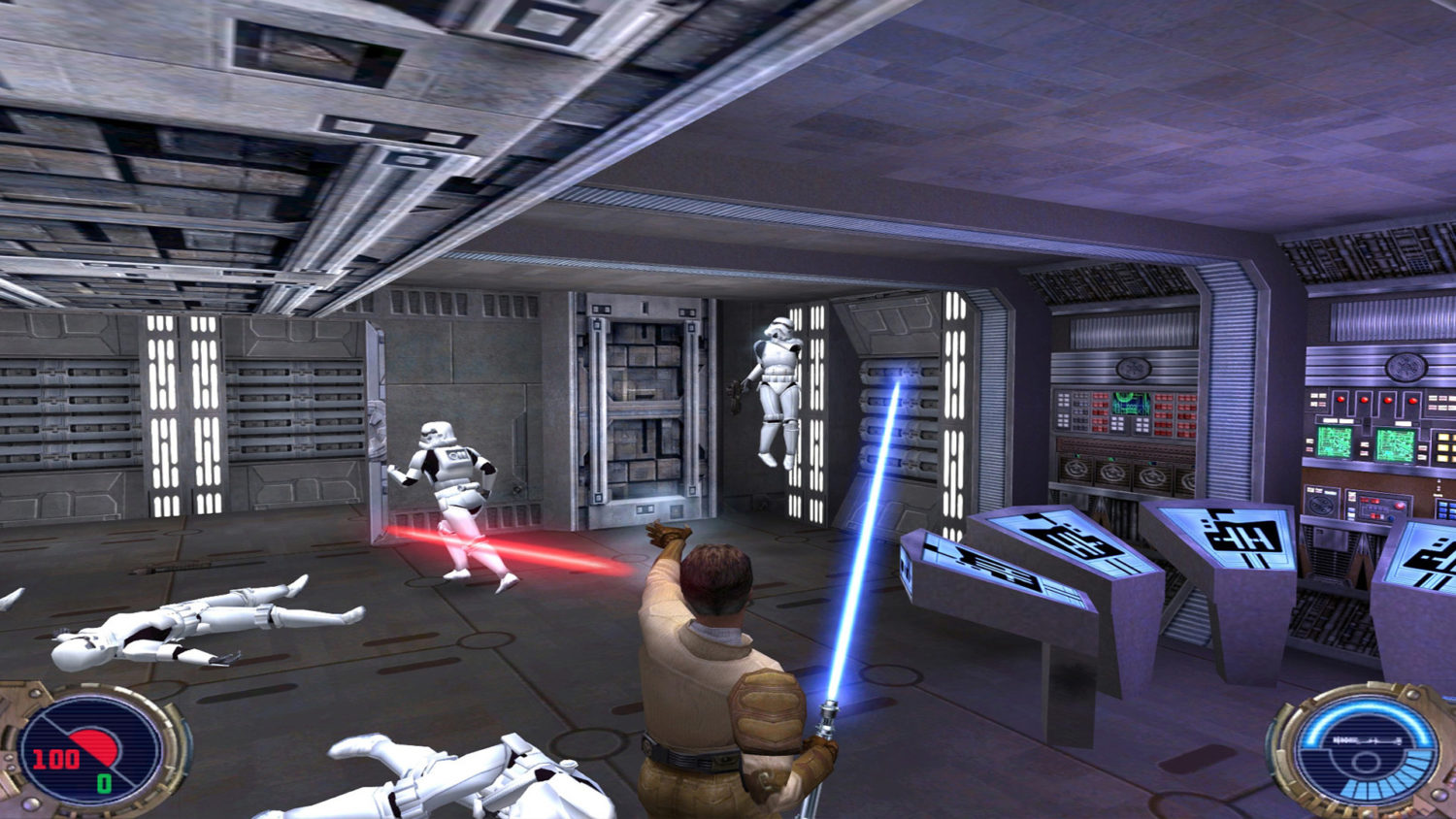 The Force will be with you...this month.

Nintendo gamers may not be completely familiar with the name Aspyr Media, but that’s about to change. During today’s Nintendo Direct, it was revealed that Aspyr is bringing two classic Star Wars games to the Switch, and you won’t have to wait long.

The first game is Star Wars: Jedi Knight II: Jedi Outcast, coming September 24th. Originally released for Mac and Windows PC back in 2002 (and eventually for the Nintendo Game Cube, as well), the first- and third-person action adventure game features a single-player campaign set in the expanded Star Wars universe. Players take on the role of Kyle Katarn as he masters the Lightsaber and the full power of the Force in his fight the Dark Jedi Desann and his followers.

But what about part one, you ask? Well, that’s coming too. In early 2020, Aspyr will also release Star Wars: Jedi Knight: Jedi Academy complete with the original’s online multiplayer battles. Both games will utilize the Swith Joy-Cons for gyro aiming support.

We’ll have more on these games as we near release. In the meantime, why not head over to Aspyr.com to learn a little bit more about one of your new favorite publishers?