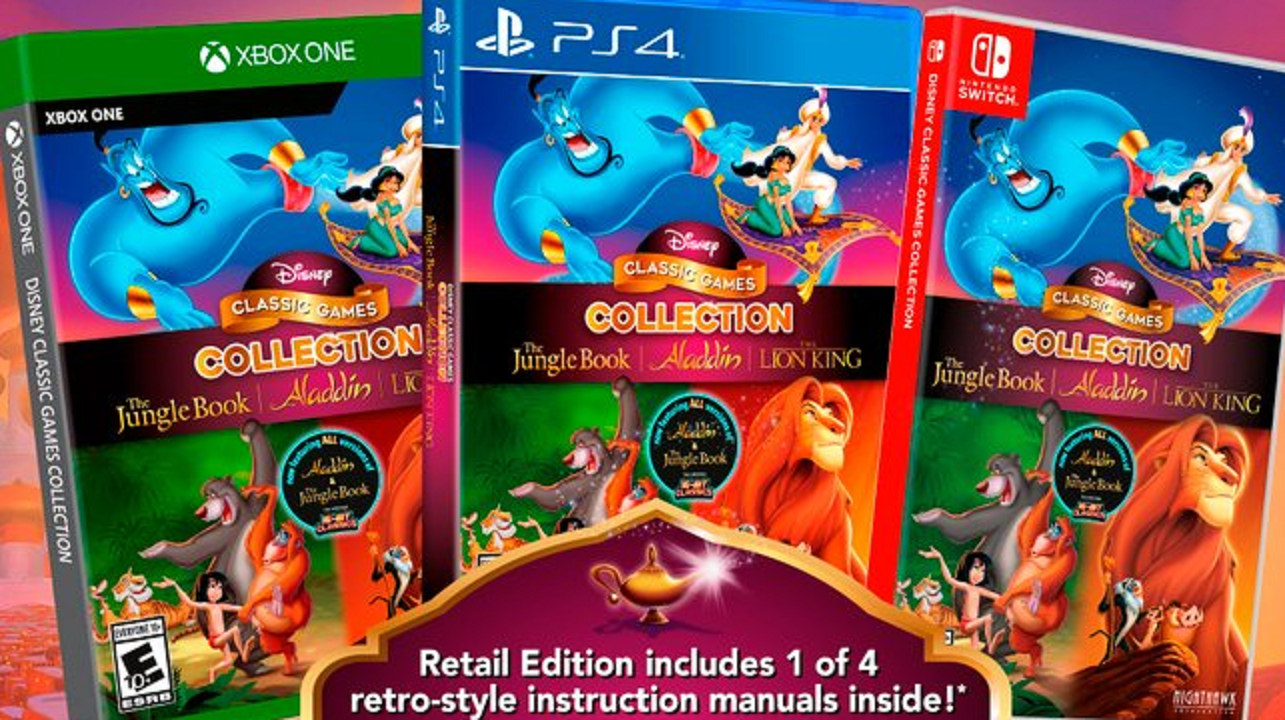 A familiar look pervades the Disney Classic Games Collection: Aladdin, The Lion King, and The Jungle Book. It’s a new version of a bundle released some two years ago. What’s updated? Well, as the title indicates, The Jungle Book for one. Or I should say for three, as the Genesis, SNES, and Game Boy versions are also included. Arguably just as big (if not bigger) is the SNES version of Aladdin from Capcom.

As I’ve already covered the prior release, please see that review for more detail. This review will focus on the new games alone. I’ll start with Aladdin, which is unique from Virgin’s title and almost as great.

In my earlier coverage, I mentioned my disappointment about the absence of the SNES version of Aladdin. Since that’s now fixed, we can resume the playground debates of the early ‘90s about which one is better. You know the sort. Mega Man 2 or Mega Man 3? Super Mario Bros. 3 or Super Mario World? Each version of Aladdin has its own pros and cons, but both are incredibly well-made.

This SNES version has a lot going for it. While not looking or sounding quite as great as its Genesis counterpart, it’s still pretty darn good in its own right, with colorful visuals and enjoyable music. There’s no sword in this outing, a bummer for those desiring more action. But Aladdin platforms in a fun way that’s probably truer to the film. The carpet escape isn’t as entertaining, but it compensates with a fun and relaxing carpet bonus game, with Jasmine in tow.

Further, it’s simply enjoyable to see different takes on locations common to both versions. The Agrabah marketplace and rooftops, the Cave of Wonders, inside the lamp, and Jafar’s Palace all are stages that are familiar but different. Gem collecting makes for some replayability with alternate endings. First-rate stuff.

Moving on to the Jungle Book, the GB entry is a “one look was enough” version. But I actually started with the SNES build, disliking it for numerous reasons. Movement is not very good at all, the camera and level construction are subpar at best, and it lacks direction and flow, to name just some. Color me surprised when the Genesis version turned out to be very good, if not great!

Yes, in this instance, “Genesis does what Nintendon’t.” It controls and moves so much better. The camera is much improved. Enemy and level designs are more thoughtful. And it flows with a purpose, with fun cutscenes between levels. It’s an enjoyable collectathon that I’ve already played through more than once. It must be the David Perry influence giving this Genesis version a tremendous advantage.