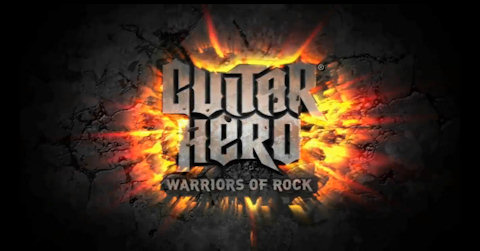 Guitar Hero: Warriors of Rock kicks off 2011 with new DLC from Nine Inch Nails, A Day to Remember, Hawthorne Heights, The Used and more

SANTA MONICA, CA – January 11, 2011 – Packing a whole lot of rock into one single day, Activision Publishing, Inc.’s (Nasdaq: ATVI) Guitar Hero®: Warriors of Rockis kicking off 2011 in a big way with ten new downloadable tracks for the Guitar Hero® music library. The January Mega Pack delivers Guitar Hero aficionados a full month of downloadable music in one shot and boasts an impressive collection of shredable hits from bands such Nine Inch Nails, A Day To Remember, Hawthorne Heights, The Used and more. The track pack is the perfect encore to a holiday purchase of Guitar Hero: Warriors of Rock.

After their on disc appearance with “Wish” in Guitar Hero: Warriors of Rock, industrial rock band Nine Inch Nails, are adding their unique sound to the Guitar Hero music library this month with the inclusion of three songs in the January Mega Pack. The pack contains “Head Like A Hole,” the band’s first major single off their debut album, Pretty Hate Machine, “The Hand That Feeds,” the lead single off their 2005 album With Teeth and “Closer,” the second single from their 1994 album, The Downward Spiral.

Also appearing in the January Mega Pack are three tracks from American rock band A Day To Remember. The pack includes “All I Want” and “2nd Sucks” off the bands fourth studio album, What Separates Me from You, and “The Downfall Of Us All” from their third studio album, Homesick.

Rounding out this month’s mega pack are select singles from four shredtastic bands, The Damned Things, Hawthorne Heights, HIM and The Used. “We’ve Got A Situation Here,” the lead single off The Damned Things debut album, Ironiclast, joins “Rescue Me” from Hawthorne Heights third studio album, Fragile Future, “Wings Of A Butterfly,” by HIM and “Buried Myself Alive,” off The Used 2002 self titled debut album.