Altered Beast is mythological side scrolling brawler that found some success in the late 80’s.  Arriving first in the arcades, it was later ported to a number of home consoles, with the Genesis version proving particularly noteworthy.  That’s what this version’s based on, which is disappointing – the Genesis version, though probably the best of the home ports, can’t match the more colorful, detailed, and sharper arcade original.  But ultimately it’s a small point, because, regardless of the hardware, Altered Beast just isn’t a very good game. 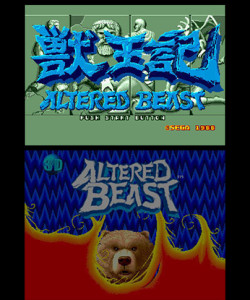 As a kid, I remember seeing Altered Beast at the skating rink arcade.  Even then I didn’t care for it much, and over the years I’ve sold or traded away every copy I’ve managed to acquire in lots.  The game is short, yet still manages to feel repetitive without instilling much urge to replay.  It also has plenty of cheap hits, which manage to stand out even more due to limited lives (with no way to earn more) and no continues.  A hidden options screen can make things a bit easier, but I had to dig through the electronic manual to figure out how to even pull it up in clunky fashion.  Once you learn (memorize) enemy patterns the game becomes much easier, but will you want to stick with it that long? The passage of time has removed the nostalgic glasses that many have and revealed Altered Beast to be even more shallow and dull than it was when first released. 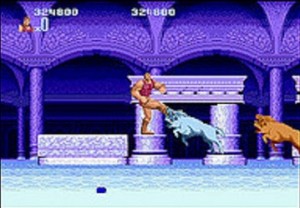 Being a Genesis port, 3D Altered Beast has to deal with downgraded audio and visuals.  The Genesis sound chip doesn’t do any favors to the soundtrack, and the garbled vocal clips have lost their novelty.  The limited color palette lacks vibrancy, and some occasionally distracting image breakup occurs if there’s lots of onscreen activity.  The enemies are also more amusing than anything, which is probably not the desired reaction SEGA was hoping for.  While the gradual transformations look cool, the overall look and sound haven’t aged that well.  This Genesis port doesn’t even have the campy ending found in other versions, which helped make the ridiculous plot more acceptable.  At least it controls well – while moves and range are limited, everything is responsive. 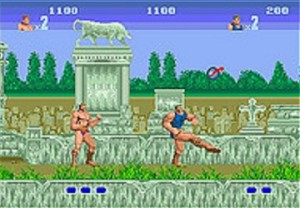 As usual, M2 has displayed some fine efforts with this port, although the options aren’t as impressive or numerous as their others I’ve played.  The 3D choices have little impact, and the bulk of the others will probably only find appeal to big Altered Beast fans.  Multiplayer is always welcomed, but two copies of the game are required for it.  The best addition is the “Random Form” which lets you transfer into beasts much more often, taking advantage of the games coolest but underutilized feature.

Early Genesis adopters may have fond memories of this game, but those of us who picked up the console once Sonic was leading the way probably don’t.  I respect that some still consider this a classic, and I respect M2’s noble but ill-advised efforts.  This game just isn’t for me though, and while sales may paint one picture, most critics echo similar sentiments.  If you find Altered Beast in the arcade, spend a quarter or two and play it for old times sake or a laugh.  But don’t spend $5.99 on a game you’ll beat once and rarely return to.  Buy some of the other SEGA 3D classics instead. 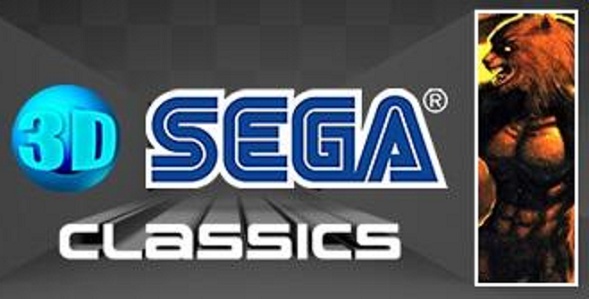