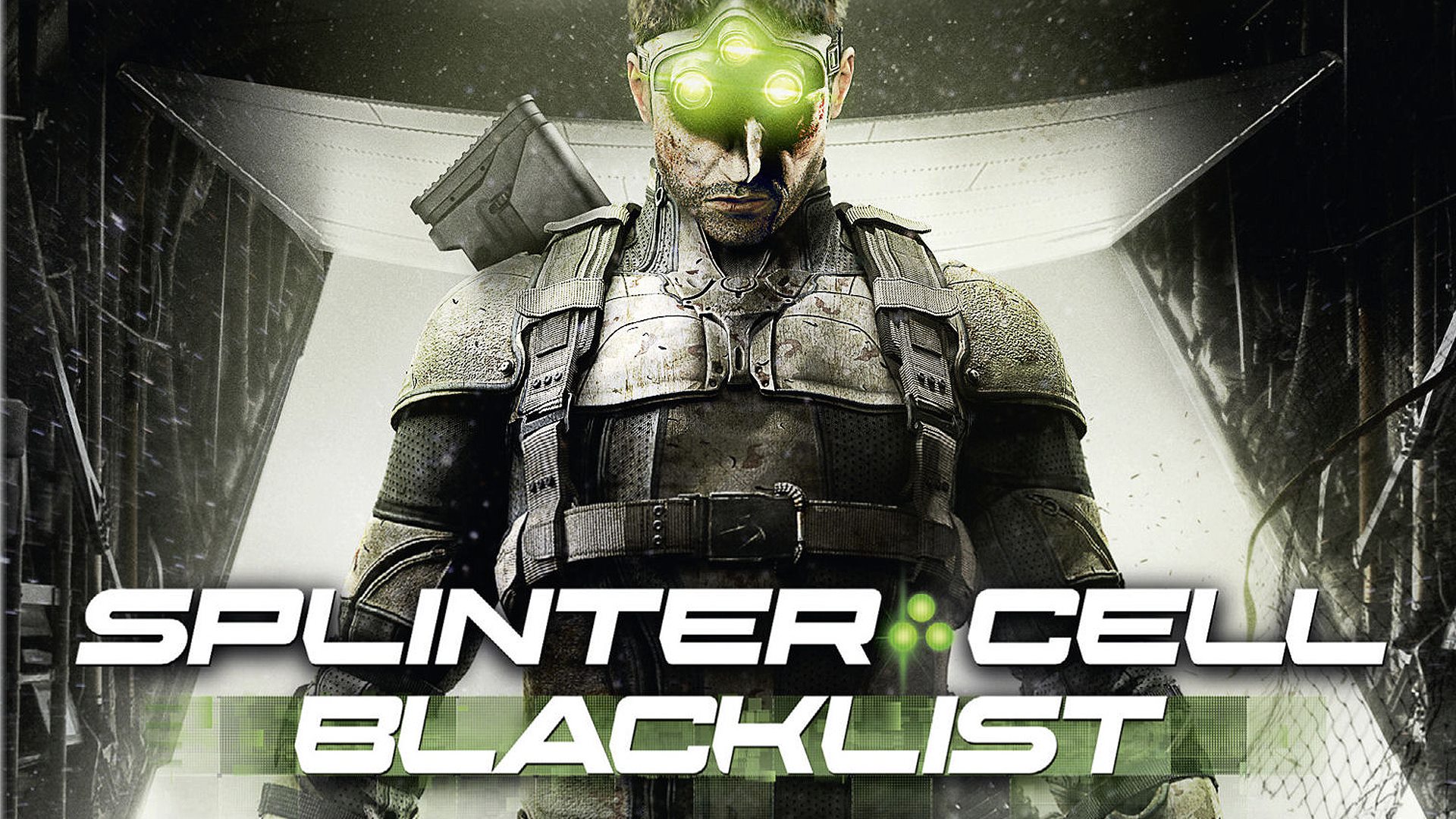 It is with a heavy heart that I sit down to write this review. I have been following the Splinter Cell franchise since its release in 2002 and have been a fan from the beginning. Some of my greatest gaming memories in the early 2000s is of my friends and me playing the Chaos Theory Spies vs. Mercs, which was always an adrenaline filled blast. My attachment to the series made my time with Blacklist more difficult because I had such high hopes for it. Sadly, Splinter Cell Blacklist for the Wii U disappoints more than it impresses. 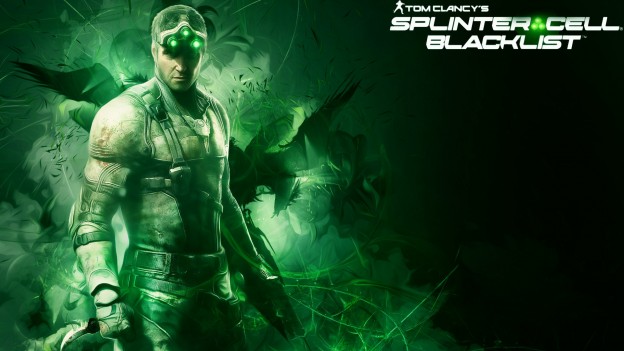 To properly review the game, I need to separate the single player from the multiplayer, since they seem almost like two entirely separate games on the same disc. The single player stars Sam Fisher, super-spy extraordinaire. There is a horribly typical story about Sam and his crew trying to stop a group of terrorists known as the Engineers. Ubisoft tried to include some twists and turns, but the story ends up being entirely forgettable, but that’s fine. If you are looking to Splinter Cell for a moving, dramatic story, you have some serious misconceptions about the franchise. The Splinter Cell series isn’t about beautiful narrative, but intense stealth action.

Unfortunately the stealth action isn’t good enough to redeem the single player mode. Nothing about it really shines. The controls are decent, until you are dealing with the sensitive context actions, like opening a door or flipping light switches. Almost all context interactions are using the same button, so if you are in a hurry or not paying attention you will find yourself opening and closing doors, turning lights on, or breaking windows accidentally all because you were trying to peek underneath something! If you take your time you can usually avoid these situations but, if you are trying to be sneaky, you usually don’t have that privilege. The touchscreen on the gamepad is the best part of the controls. It allows you to switch between weapons and gadgets quickly and accurately, which comes in hand in a pinch. Rather than frantically flipping through gadgets, you just touch to one you want, and then shock the dog about to discover you.

The gameplay itself is actually not bad. You have easy to see light indicators and it is easy to tell if an enemy has noticed you which is really nice but, like the controls, there are things that are just too inconsistent. There is a button that will glue Sam to cover and then with another button you can move from cover object to cover object, which is the best way to travel because apparently Sam makes no noise while somersaulting rather than walking. Problems arise when you discover that you can’t use the special cover mode with all objects, and which objects you can use it on seem to be rather arbitrarily decided. One moment you can hide behind an air conditioning unit and the next it won’t let you hid behind a giant spool of wire. You can hide behind this box, but that one over there? Nah, it’s not cool enough. This is related to the biggest problem of the entire single player campaign. The level design is just awful. 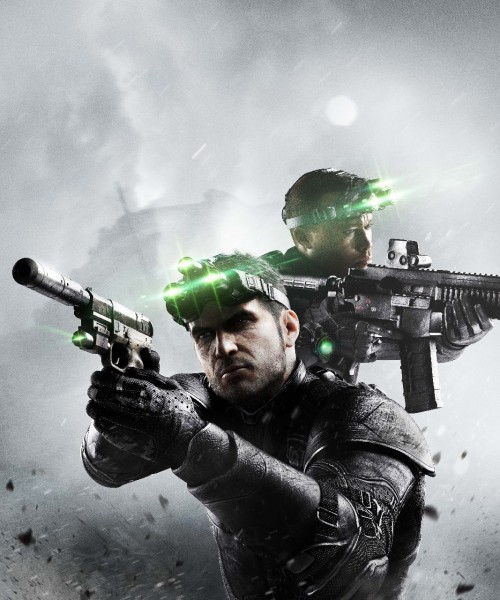 The campaign missions in Blacklist are some of the most linear levels I have ever experienced. Sam’s actions are differentiated into Ghost, Panther and Assault depending on your play style, and each level has a very obvious pathway designated for each. There might as well be flashing neon signs saying “Ghost’s this way. Panther and Assault, that way” which would be fine ten years ago, but today, not so much. After playing other stealth games like Dishonored and the Assassin’s Creed series, Blacklist feels incredibly restricted. There are almost no walls to climb, no vents to crawl through, no pipes to climb across, except the ones that take you down the direct stealthy path. There is no true exploration because the levels are tubes, leading you directly towards your goal and that’s it. The only levels with decent design are the optional missions, because they are designed like you would expect from a stealth action game, open and free. Say there is a village and you need to disable all of the hostiles in said village. You would expect to be able to maneuver around the entire village, planning your course of action, then striking when the time is right. This is how the optional missions are, but the campaign missions are the exact opposite.

The finicky cover objects and linear level design make the campaign feel like a puzzle game where your goal is to discover which pathway the developers designated for you to go down. You are not carving your own way or blazing your own trail, you are playing their game how they want. If you try to do it any other way, you will get frustrated fast.

That’s not to say there isn’t any enjoyable aspects to the single player. Some of the side missions are fun, and once you discover how the developers want you to play a level there is quite of bit of satisfaction in being able to breeze by enemies unseen. The wide array of gadgets gives you the illusion of choice, but because the levels are so linear, each gadget is just another way to knock out the bad guy watching the door, since it is the only way through the level. The suit customization is a nice touch as well, and it encourages you to do each level as efficiently as possible so you can get enough money to buy a new pair of pants. All in all, I would call the campaign “fun-ish”. Sometimes it’s fun, most of the times it’s not. I would only recommend playing it if you are a die-hard fan or you can overlook the glaring flaws presented. 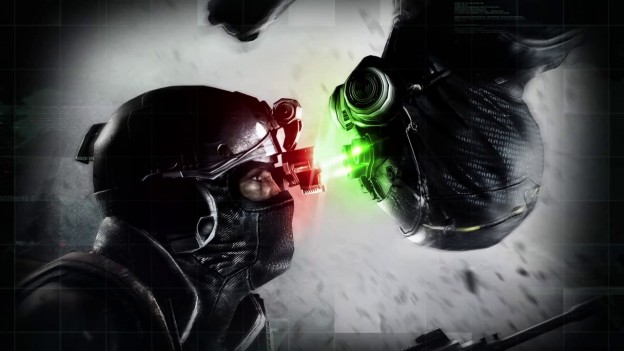 There are two different multiplayer modes in Blacklist co-op or Spies vs. Mercs. The co-op mode allows you to do the side missions with a partner, which is actually surprisingly fun. It doesn’t fix any of the problems with the game itself, but for some reason dealing with the flaws with a cohort makes it easier. Unfortunately, since I played the Wii U version, I couldn’t play co-op locally with my friends, so I had to join an online lobby and wait fifteen minutes before getting grouped up with another person. Then, since I don’t have a headset, communication and coordination was all but impossible. The Wii U is the only console to not have local co-op support and it is desperately missed.

The Spies vs. Mercs mode is by far the best part of this game. The controls are still finicky, and the gamepad is a wretched controller for an FPS (you can’t move the camera and melee attack at the same time, it is very unpleasant) but most of these infringements can be overlooked because of how fun it is. The standard game mode has two teams, Spies who control almost exactly like Sam Fisher from the single player and Mercs who are in a first person view with large guns (like Briggs in the single player). The spies need to get to capture points and the Mercs are trying to stop them. Simple, right? Wrong. The levels that I played are actually designed far better than the campaign missions, with tons of different pathways, objects to climb, vents to crawl through and more. This makes playing the spy hilariously fun, allowing you to slip away from the Mercs at a moments notice. The Mercs are fun because you feel powerful. You carry heavy weaponry, have a motion sensor, and explosives to attempt to murder as many Spies as possible. Don’t let the Spies get too close though, as I mentioned above the lack of looking and melee attacking means the Mercs are incredibly vulnerable at close range.

Spies vs. Mercs is the game Blacklist should have been. Open levels, frantic pacing and quick escapes, not plodding down a single file corridor, waiting to find the one grate the developers decided to let you crawl through. Too bad no one actually plays it. In general it takes far too long to find a match, and then if even one person is missing the entire game is usually moot. I tried playing during peak hours on a Thursday night and it took me 20 minutes to find a game. I’m sure this problem isn’t nearly as bad on other consoles, but for the Wii U the wait times are pathetic.

Universally, the visuals are actually pretty good. The environments are believable and would be immersive if they weren’t so restricted. The models move well and interact in a surprisingly accurate way. When Sam jumps someone and chokes him until he passes out, the models don’t pass through each other awkwardly or anything! It may seem like a silly point to be excited about, but this game didn’t really give me much else to enjoy. 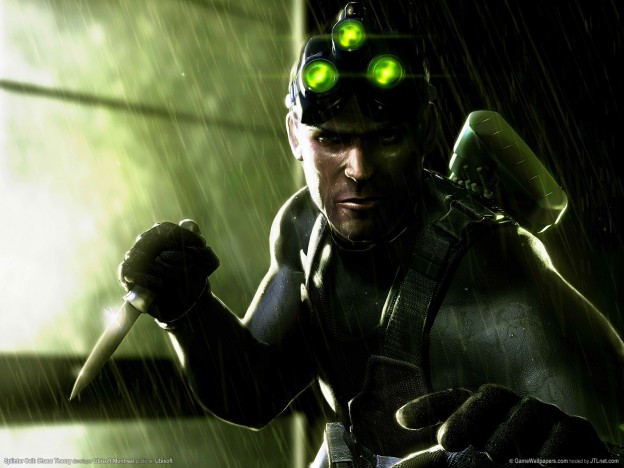 Splinter Cell Blacklist is a poor representative of the Splinter Cell franchise. The campaign is linear and frustrating rather than the fun, stealthy romp it should have been. The only saving grace is the very enjoyable mulitplayer, if you are lucky enough to find a game. I only recommend this game to people who won’t try to sneak through it like I did. The shameful level design is too much of an obstacle and belongs in a pre Dishonored world. If you are buying it for the multiplayer, don’t get the Wii U version. The lack of local co-op and the pitiful online community size renders the best parts almost unplayable, since you can’t find anyone to play with.