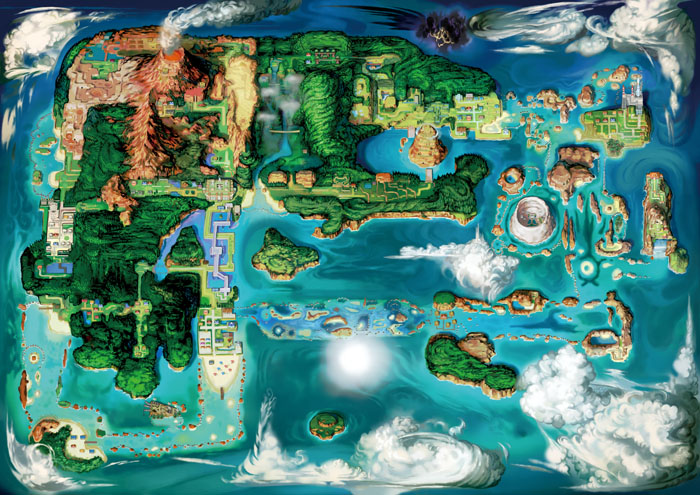 BELLEVUE, WA—June 10, 2014—The Pokémon Company International and Nintendo announced today that the Pokémon Omega Ruby and Pokémon Alpha Sapphire video games will launch in the United States on Friday, November 21, 2014, exclusively for the Nintendo 3DS family of systems. Pokémon fans will collect, battle, and trade Pokémon as they travel throughout the rich natural beauty of the Hoenn region. Also confirmed today is that the Pokémon featured on the Pokémon Omega Ruby and Pokémon Alpha Sapphire game packages are in fact Primal Groudon and Primal Kyogre, a newly revealed transformation of the Legendary Pokémon Groudon and Kyogre. These two extremely powerful Pokémon clashed in an epic battle that once sent Groudon into a long slumber within the magma beneath the planet’s crust and drove Kyogre into a deep sleep at the bottom of the ocean floor. The awesome transformation is a result of Primal Reversion, when Groudon and Kyogre reclaim their original power from nature’s energy and obtain even greater power than they already have. The power within Primal Reversion is still being discovered, as well as what connection may lie between Primal Reversion and Mega Evolution.

Pokémon Omega Ruby and Pokémon Alpha Sapphire will explore the mystery of Mega Evolution even further, a powerful Evolution that only occurs to some Pokémon during battle. For Mega Evolution to take place, Trainers need a Key Stone to resonate with a Mega Stone held by a Pokémon during battle. Twenty-eight Mega Stones have been identified since they were introduced inPokémon X and Pokémon Y, but it is said there are still more Mega Stones to be discovered in the Hoenn region.