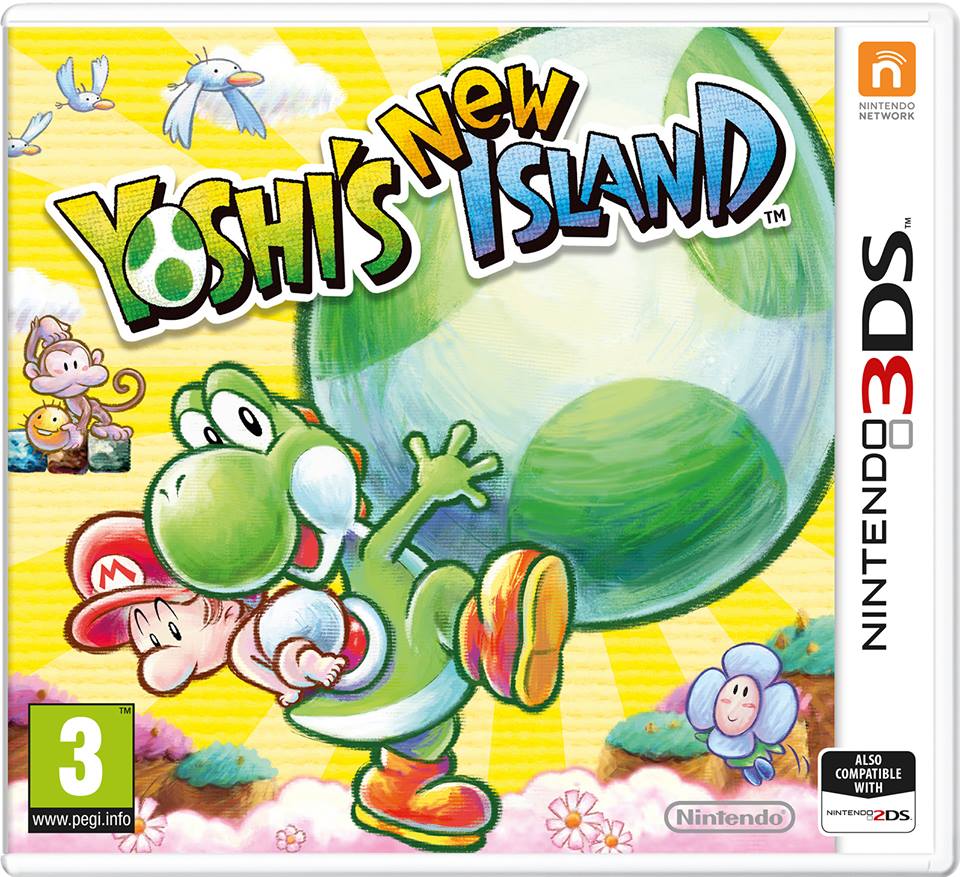 For Nintendo fans waiting for a new Yoshi game, the wait is almost over!  Yoshi’s New Island is coming out for 3DS tomorrow!  Pure Nintendo will be posting a review for Yoshi’s new adventure soon.  Until then you can check out the official press release from Nintendo about Yoshi’s New Island below.

Will you be picking up Yoshi’s New Island when it launches for 3DS tomorrow?

REDMOND, Wash.–(BUSINESS WIRE)– It’s time to get egg-cited! Yoshi’s iconic green-dotted eggs have grown to gargantuan size in the Yoshi’s New Island game, launching for Nintendo 3DS on March 14. In his new platforming adventure, Yoshi once again moves from sidekick to hero and traverses a wide variety of worlds on a new island to help Baby Mario reunite with his kidnapped brother. Yoshi’s New Island is the third game in the beloved Yoshi’s Island series and features inventive new transformations, giant new eggs, colorful new art styles and a fun new multiplayer mode. 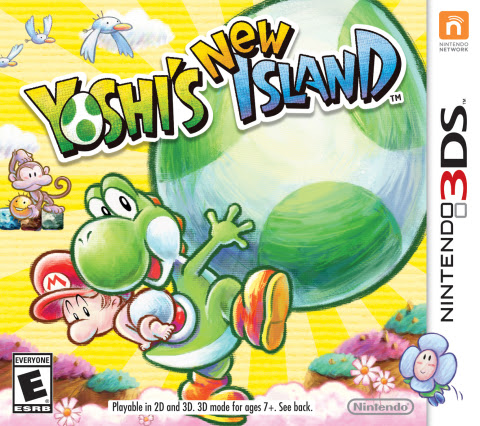 “Yoshi’s New Island will appeal to fans of the previous Yoshi’s Island games, but also to younger gamers who are experiencing the series for the first time,” said Scott Moffitt, Nintendo of America’s executive vice president of Sales & Marketing. “With Yoshi’s New Island, the slate of 2014 Nintendo 3DS games is off to an excellent start.”

Yoshi’s unique abilities are taken to new heights in Yoshi’s New Island. Similar to previous games, Yoshi can swallow enemies using his long tongue and turn them into eggs, which can be thrown to overcome challenges. This time, two giant eggs enter the mix: The massive Mega Eggdozer plows through the environment and opens up new areas, and the Metal Eggdozer can strategically be used to roll over enemies or explore underwater areas.

The new island that Yoshi and Baby Mario explore together contains six worlds full of a variety of levels. These levels don’t have a time limit, so players can take their time exploring as they progress through the game. The duo will visit all manners of different locales – from slippery snow slopes to watery wonderlands – overflowing with creative platforming challenges, wild enemies and a ton of collectibles that players will love to find. And the different worlds in the game are not varied in game play alone. Each world features a different beautiful art style, including ones inspired by watercolor paintings or crayon drawings. Yoshi will also need all of his skills to battle a larger-than-life boss that awaits at the end of each world.

At certain points in Yoshi’s New Island, Yoshi will be able to transform into many different vehicles and objects, including a helicopter, a mine cart or even a jackhammer. These transformations help Yoshi make his way through special areas and are controlled using the gyroscopic controls of the Nintendo 3DS system. By grabbing a special type of star, Yoshi transforms into Super Yoshi, giving him the ability to soar through the sky or run along walls and ceilings. Yoshi’s New Island also features helpful items like the Flutter Wings, which let Yoshi fly through the air. This item is great for players who have trouble completing a level, and ensures that people of all ages and skill levels can enjoy the game.

After playing the single-player adventure, players can team up with a friend in the two-player mini-game cooperative challenge. In this mode, two characters compete in six mini-games like Eggy Pop, which asks players to use eggs to pop balloons, and Flutter Finish, a contest to flutter jump the farthest. Using Download Play, two people can play this mode together using only one game card, or connect via local wireless. (Additional Nintendo 3DS systems, which are sold separately, are required for multiplayer mode.)

Also launching on March 14 is a green Yoshi Edition Nintendo 3DS XL system that features an image of Yoshi on the front, as well as a series of cute Yoshi eggs on the back. The system will launch at a suggested retail price of $199.99. The Yoshi’s New Island game will be available separately in stores and in the Nintendo eShop on Nintendo 3DS at a suggested retail price of $39.99. For more information about the game, visit http://yoshisnewisland.nintendo.com.

About Nintendo: The worldwide pioneer in the creation of interactive entertainment, Nintendo Co., Ltd., of Kyoto, Japan, manufactures and markets hardware and software for its Wii U™ and Wii™ home consoles, and Nintendo 3DS™ and Nintendo DS™ families of portable systems. Since 1983, when it launched the Nintendo Entertainment System™, Nintendo has sold more than 4.2 billion video games and more than 669 million hardware units globally, including the current-generation Wii U, Nintendo 3DS and Nintendo 3DS XL, as well as the Game Boy™, Game Boy Advance, Nintendo DS, Nintendo DSi™ and Nintendo DSi XL™, Super NES™, Nintendo 64™, Nintendo GameCube™ and Wii systems. It has also created industry icons that have become well-known, household names such as Mario™, Donkey Kong™, Metroid™, Zelda™ and Pokémon™. A wholly owned subsidiary, Nintendo of America Inc., based in Redmond, Wash., serves as headquarters for Nintendo’s operations in the Western Hemisphere. For more information about Nintendo, please visit the company’s website at http://www.nintendo.com.