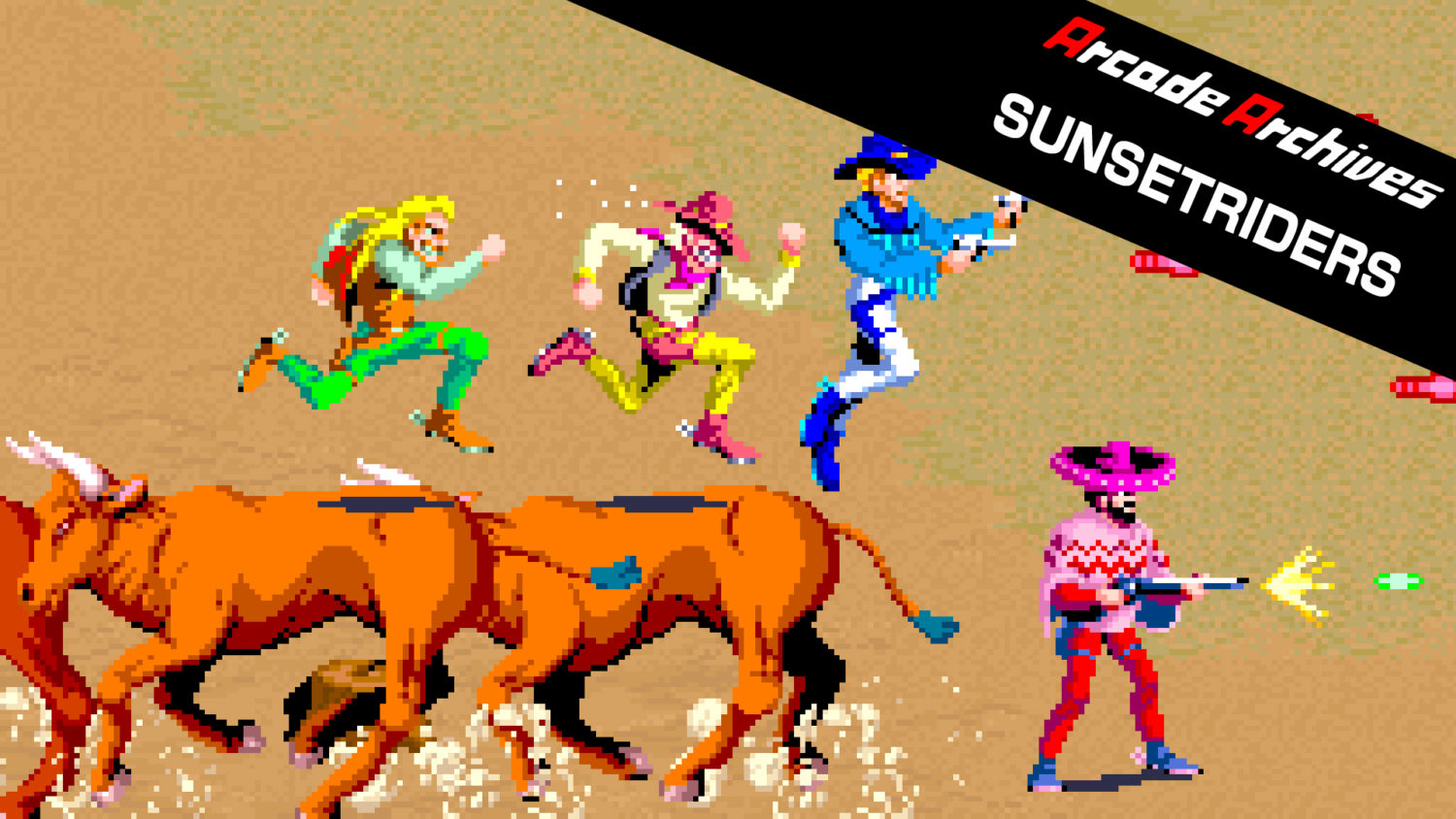 A million ways to die in the west.

Arcade Archives: Sunset Riders help me realize my memories of the game come not from Konami’s arcade version, but from the SEGA Genesis. It was a glorious time in my life—sharing a New York City apartment with a good friend, our place furnished with literally nothing more than two barstools, a TV, a VCR, and the aforementioned Genesis with just two games: Sonic the Hedgehog and Sunset Riders. I’m glad to have experienced such a lifestyle, although I’m admittedly in no hurry to go back.

Except nostalgically, which is what I’ve been doing now that Sunset Riders is available for Nintendo Switch as part of Hamster’s impressive Arcade Archives catalog. Originally released in 1991, Sunset Riders is a side-scrolling action game that allows up to four players to ride, shoot, and booze their way across the wild west. 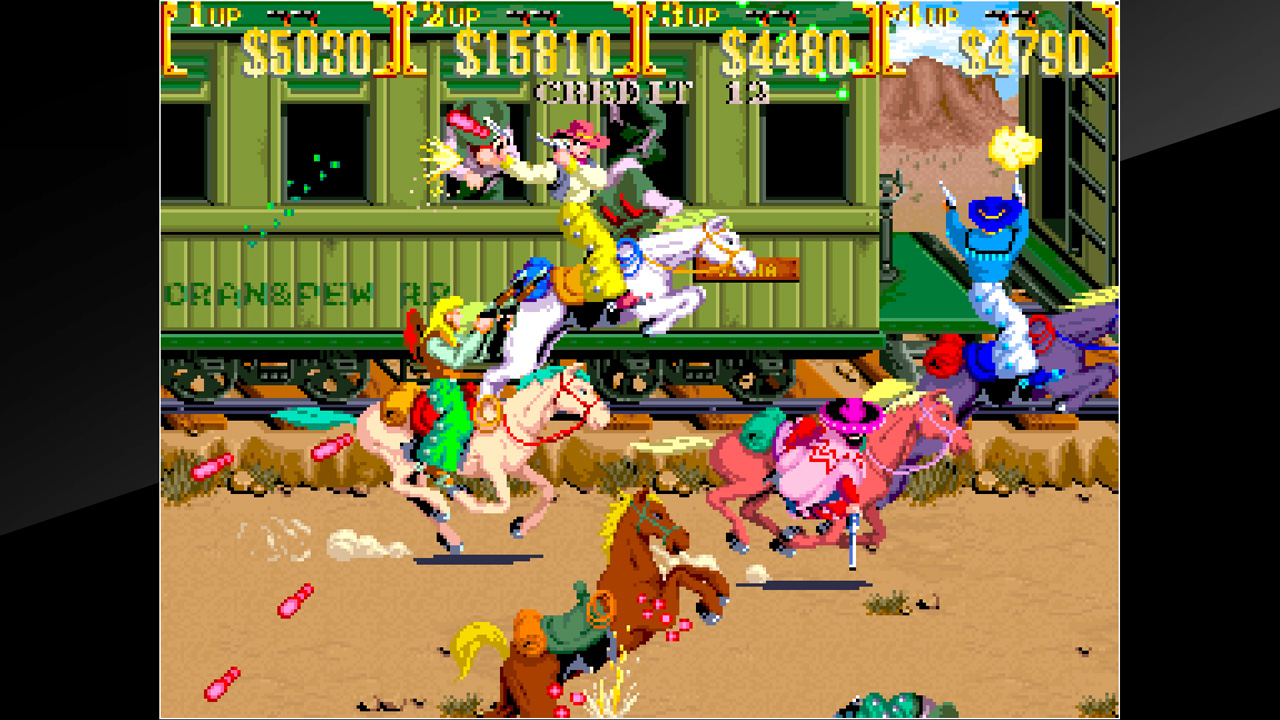 There’s a story involving an outlaw named Sir Richard Rose that our heroes must hunt down, but it’s offered only as a way to propel players into the next scene’s hailstorm of bullets. This is an arcade game, after all, and was therefore designed to get you off the machine as quickly as possible so another quarter could be collected—not to tell you a good story.

Sunset Riders allows one to four players to select a character: Steve, Billy, Bob, or Cormano. They mostly play the same way, although a couple do start with different guns. You then move from left to right across the ’90s arcade equivalent of a western movie set, shooting an impossible number of enemies who pop out at you from behind doors, windows, and the edges of the screen. You can find and collect money and various weapon upgrades along the way, as well as take brief breaks for swig of liquor or a kiss from a “sportin’ woman.” 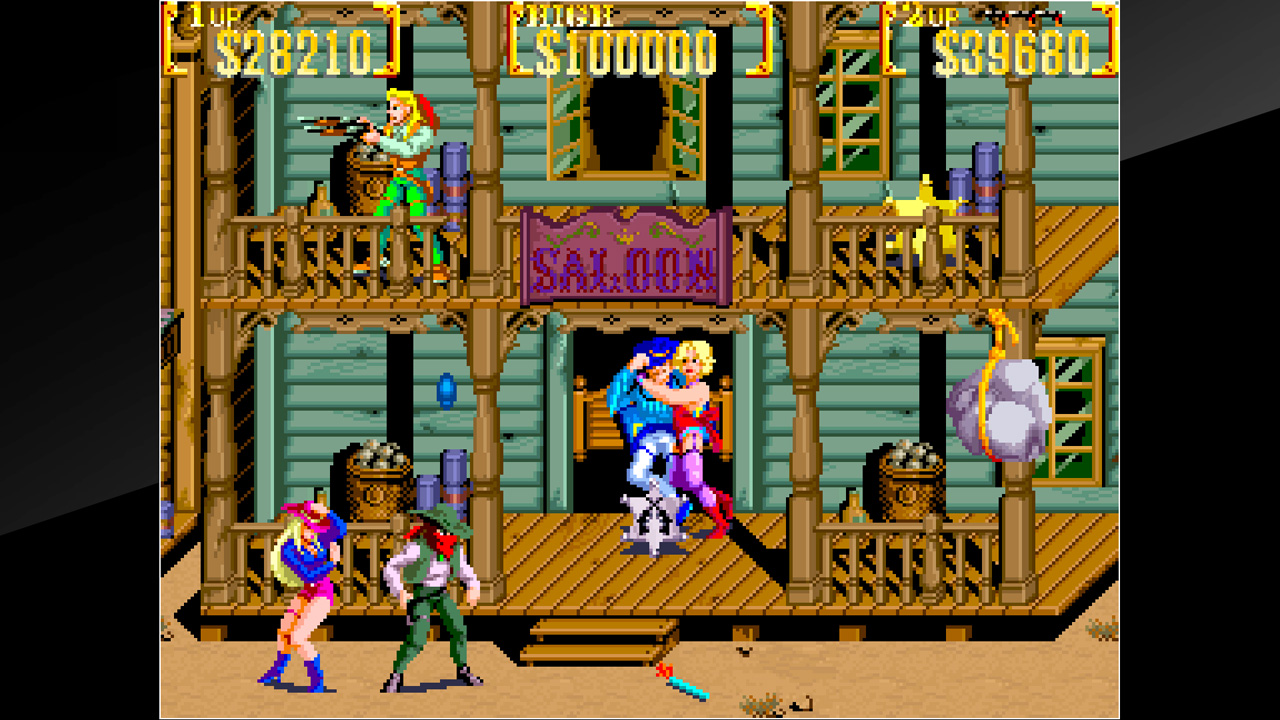 Yes, 1991 was a different time. As such, purists may be upset that the Indian chief has been renamed (albeit to something only slightly less racist), and Paco Loco has toned down his slang. These minor edits to the game’s bosses, however, in no way affect the overall hilarity and general fun of their battles.

And trust me, they are fun. 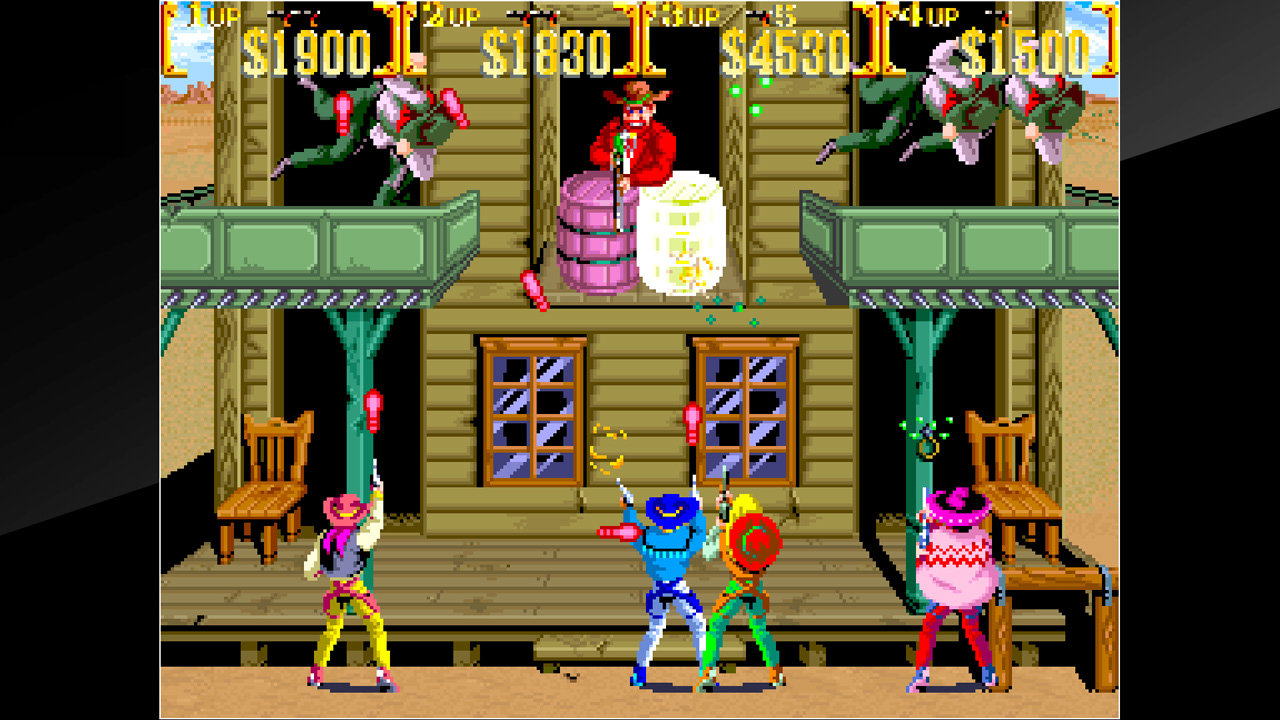 They start out pretty easy if you’re set with a weapon power-up. If you die once, however, you lose that power-up, and then it’s a matter of memorizing attack patterns and countering effectively with your standard gun. Unlike in the arcades, however, the fighting isn’t terribly urgent. This is because you can instantly hop back into the action after dying, just like dumping another quarter into the machine. As such, you can respawn your way through everything. If it takes a dozen deaths to reach and defeat the Smith brothers, who cares?

Thankfully, the game’s action and pacing combine with many crazy and comical moments to make it a joy to play. Whether it’s running across the top of a bull stampede, catching fire while shimmying on a rope across a river, or just getting smacked in the face after stepping on a pitchfork all Sideshow Bob style, there’s always something crazy just ahead. The eight levels and boss battles are surprisingly diverse for the time (I can’t get enough of the train sequence). Still, the developers also threw in a between-level target gallery mini-game. It’s fine, but unnecessary, and it does grow tiresome by game’s end. 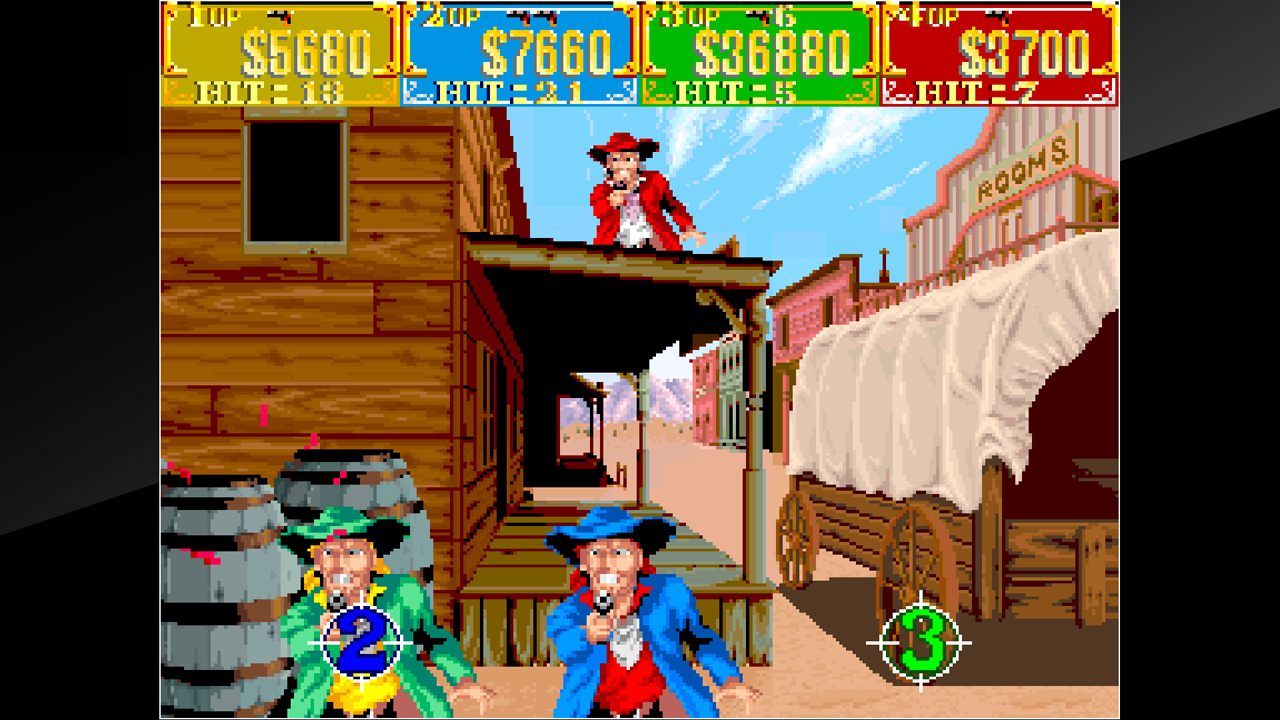 Everything else about Sunset Riders amounts to a quick blast of fun that has a lot more staying power than I would’ve expected back in 1992. And unlike that SEGA Genesis version, the Arcade Archives release contains all of the original’s content. You’re also given four different arcade release versions—the two- and four-player Japanese and international versions—but there’s little difference between them other than the max number of players and the language of the on-screen text.

Ultimately, then, Sunset Riders is exactly what you’d want out of an arcade archive. It’s tremendous fun to play, whether you’re “spending” just a quarter for a quick single-player game or laying down a few dollars for you and a friend (or three) to play to completion. It’s a colorful, accessible, action-packed throwback to a time when video games didn’t take themselves too seriously, and when the goofy violence was as much about flattening bad guys with barrels as it was about shooting them.

Arcade Archives: Sunset Riders for the Nintendo Switch is a clear indication of why the game deserves to be placed in the upper echelon of arcade classics. It’s non-stop joy from start to finish, offering an effective blend of comedy and action that you’re free to beat with either skill or restarts.