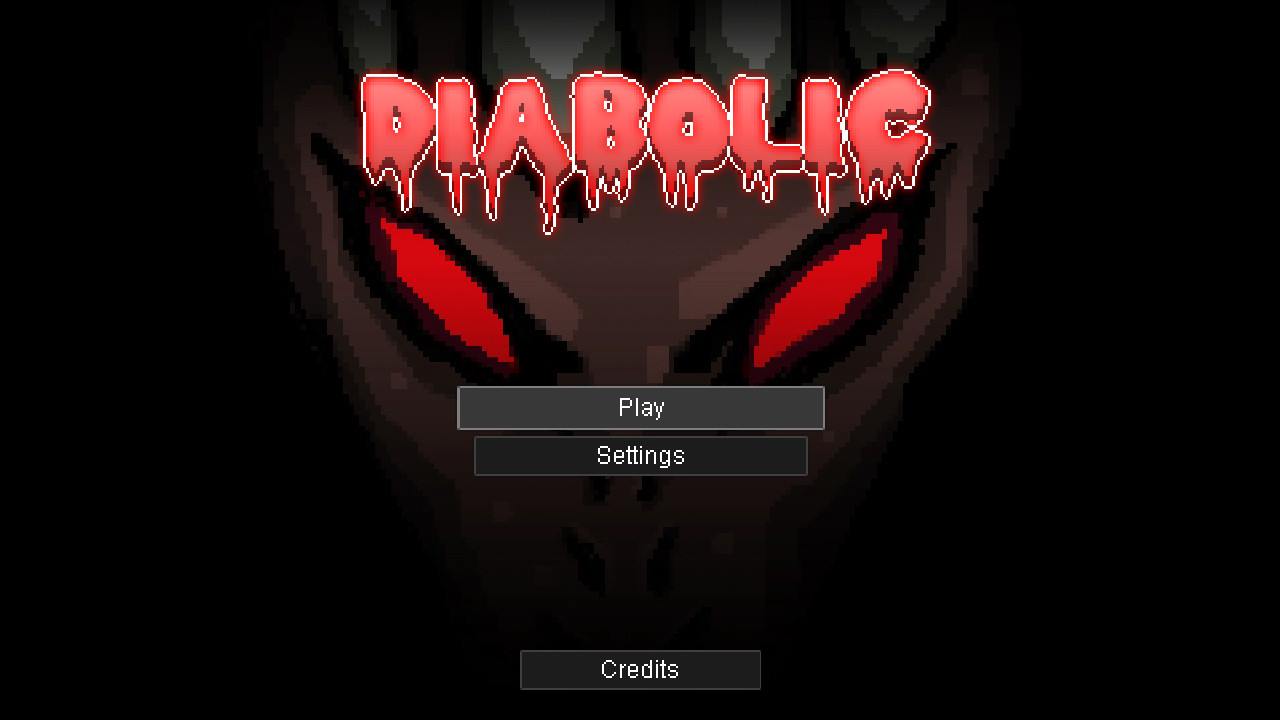 Diabolic is a pixelated action-adventure game from Drageus Games. The gameplay is simple, and it’s a short game with only 10 levels. But these levels will challenge you. Diabolic is an interesting one to play. 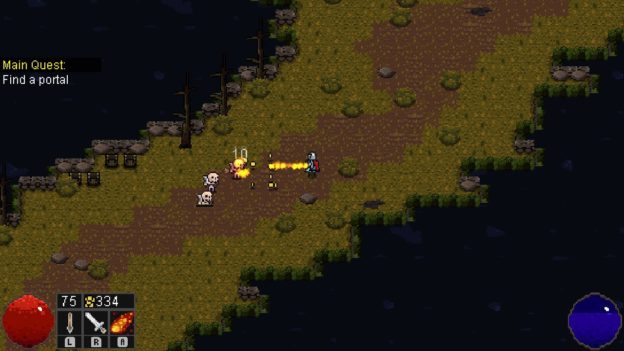 Your character is set in a dark fantasy world that has been overcome by various monsters. You travel to different areas to defeat these monsters to save the King and its people. This slasher gameplay style allows your pixelated character to wander each level, attacking with his sword at close-range, shooting arrows for long-range attacks, or attacking with mana power which uses fire and ice magic. You explore each level, defeat monsters, and get to the portal at the end to move onto the next area. Each level is more or less the same, but with different enemy patterns.

The levels are well done. There’s a lot going on in the game, even though the actual gameplay is pretty simple. Swarms of enemies will appear from the ground or they’ll appear from a tower. They’ll keep coming out of the tower until you get rid of it. There are general soldiers, large skeletons, and mushrooms that will spit magic at you. 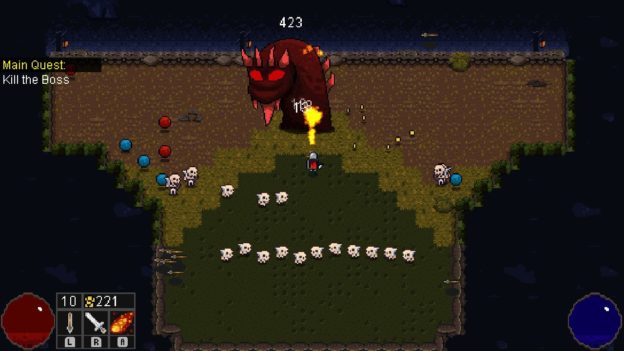 Some levels have side quests that don’t seem to do anything other than add some extra gameplay. There are secrets in each level, as well. For example, one level I started in the middle. Instead of heading in the right direction, I went to see what was on the other side, and there was a pile of coins waiting for me. The nice thing about these areas is that they’re not huge. So, it doesn’t hurt to take the time to explore every nook and cranny.

You’ll die a lot in this game. The difficulty increases for each level, but the game eases you into it and gives you the tools you need to survive. The enemies get a little harder. They’ll have more health and hit you harder. They come in swarms. And the farther along in the game you are, those swarms will be greater in number. 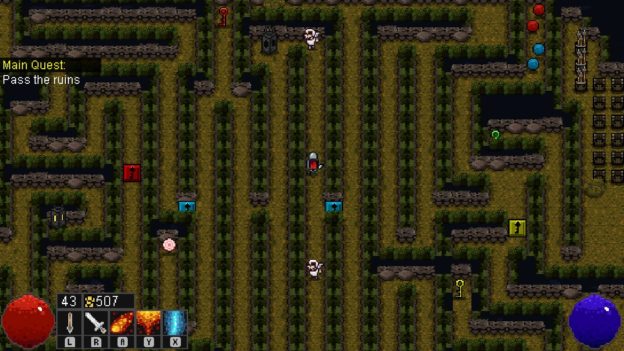 The good news is, you’ll get stronger as well. You don’t earn experience points when you defeat enemies, you earn money. The money adds up fast and you use it to buy skill points. In between the levels (or when you die and need to restart a level), you can either jump back into the game or boost your stats. Stat boosts can include giving yourself more health, increasing the amount of blue and red orbs you receive, increasing your mana points, and more! Stat changes can alter how you play the game and set your character up for success.

The pixel graphics were charming. The music was great. I enjoyed it because I enjoy classical music. The soundtrack sounded like a piano recital and, as enjoyable as it was, it didn’t fit the “dark fantasy, slasher, action-adventure” style of the game. So, I wonder what made them decide on that particular music. 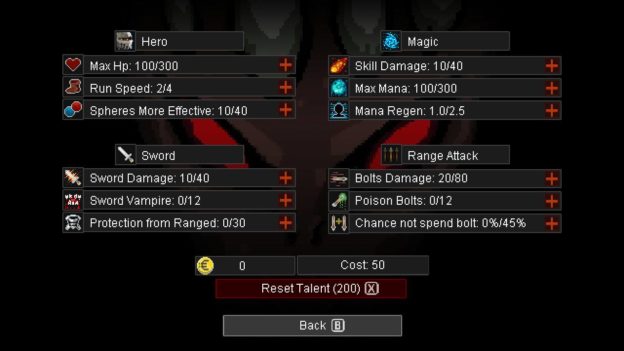 Overall, Diabolic is a fun game. It’s short and sweet with unique levels and smooth, easy controls. This is something I’ll play again when I’m in the mood for something quick but challenging.

Diabolic is a fun action-adventure game with smooth controls and unique gameplay. It’ll challenge you but not to the point where you’ll rage quit.