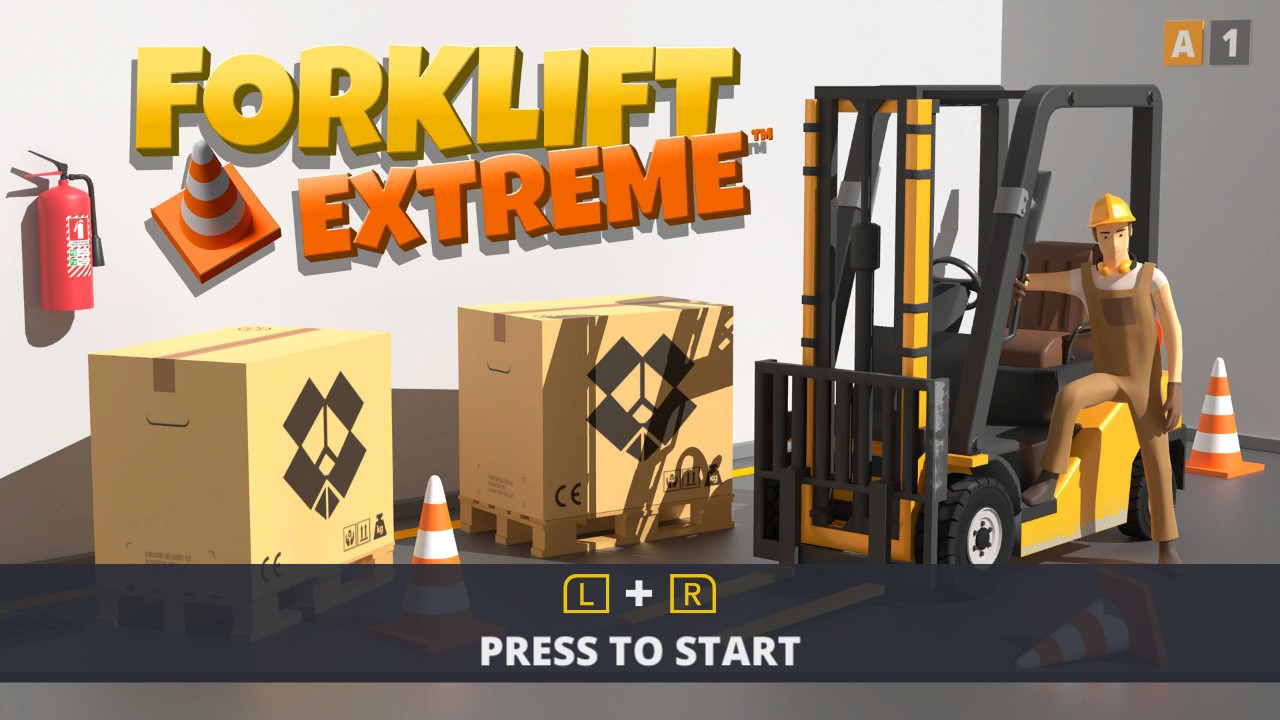 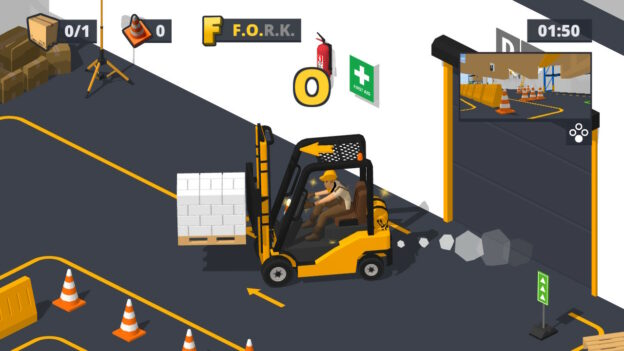 The game is simple. There’s no story element, so it defines “chill.” Unless the puzzles make you stuck, the game isn’t too difficult in that aspect. Controls may trip you up.

The controls in Forklift Extreme are easy enough to learn and get used to. This game uses realistic physics, which is a nice touch. L and R allow you to accelerate, back up, and steer using the analog stick. Y and A lifts the mast up and down to pick up objects. You can also change the camera view from third-person to first-person mode or look at the course from a bird’s eye view. 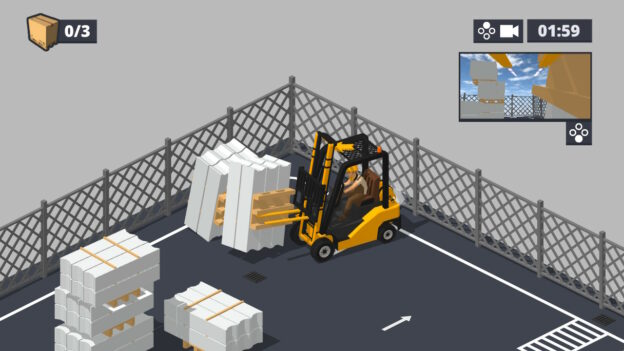 Controlling the forklift wasn’t too bad, it was more so the physics that I needed to get used to. Of course, there are a lot of tight corners in the courses, but that’s the point. Honestly, I almost tipped my forklift over a few times. I even tried to tip it over to see what would happen, but no matter how hard I tried, the forklift would always get itself back on track.

Forklift Extreme offers five gameplay modes. The first two are already unlocked, but first there’s training that includes the tutorial (which is not agonizing to get through, thankfully) and fun mini-challenges. For example, there are maneuvering training, moving pallets, and timed challenges, just to name a few. 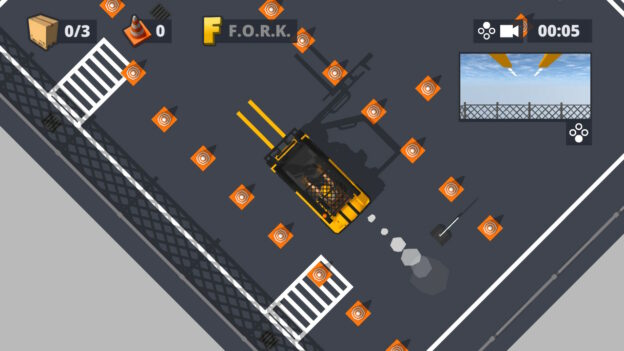 I played the training mode first because it was another way to practice the controls and get used to the physics. Once completed, I moved on to career mode. You could say this is where the “real” game begins. There are only five levels to career mode as you progress through a warehouse, picking up and moving pallets to where they need to go.

And that’s the whole game. Once you complete training and your career, you earn experience points, thus unlocking the next mode. So, play that to open the mode after that and so on. It’s a short and sweet game that’s easy to pick up and go. 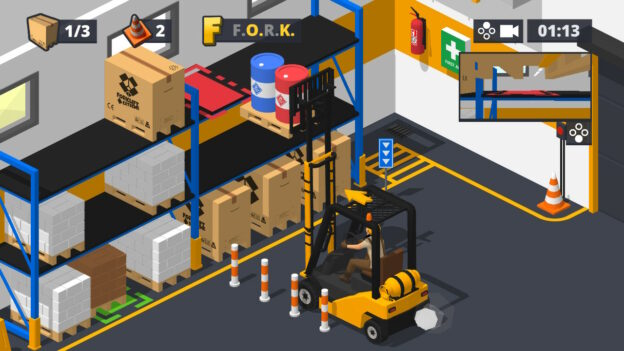 The controls were as smooth as they could be based on the game’s physics, and the graphics were also crisp. The music was fun, but it’s the same song throughout. I watched TV while playing the game to have something else in the background.

You can customize your character and the forklift you drive, which is fun. But once you beat all the modes, there’s nothing else to the game. So, the replayability value isn’t there. Still, if you’re looking for a simple puzzler that won’t take up too much of your time but still keep you somewhat busy, then Forklift Extreme is one to try.

Forklift Extreme is a short and sweet simulation puzzler. It’ll keep you entertained for a while but won’t give you much reason to return to it later.