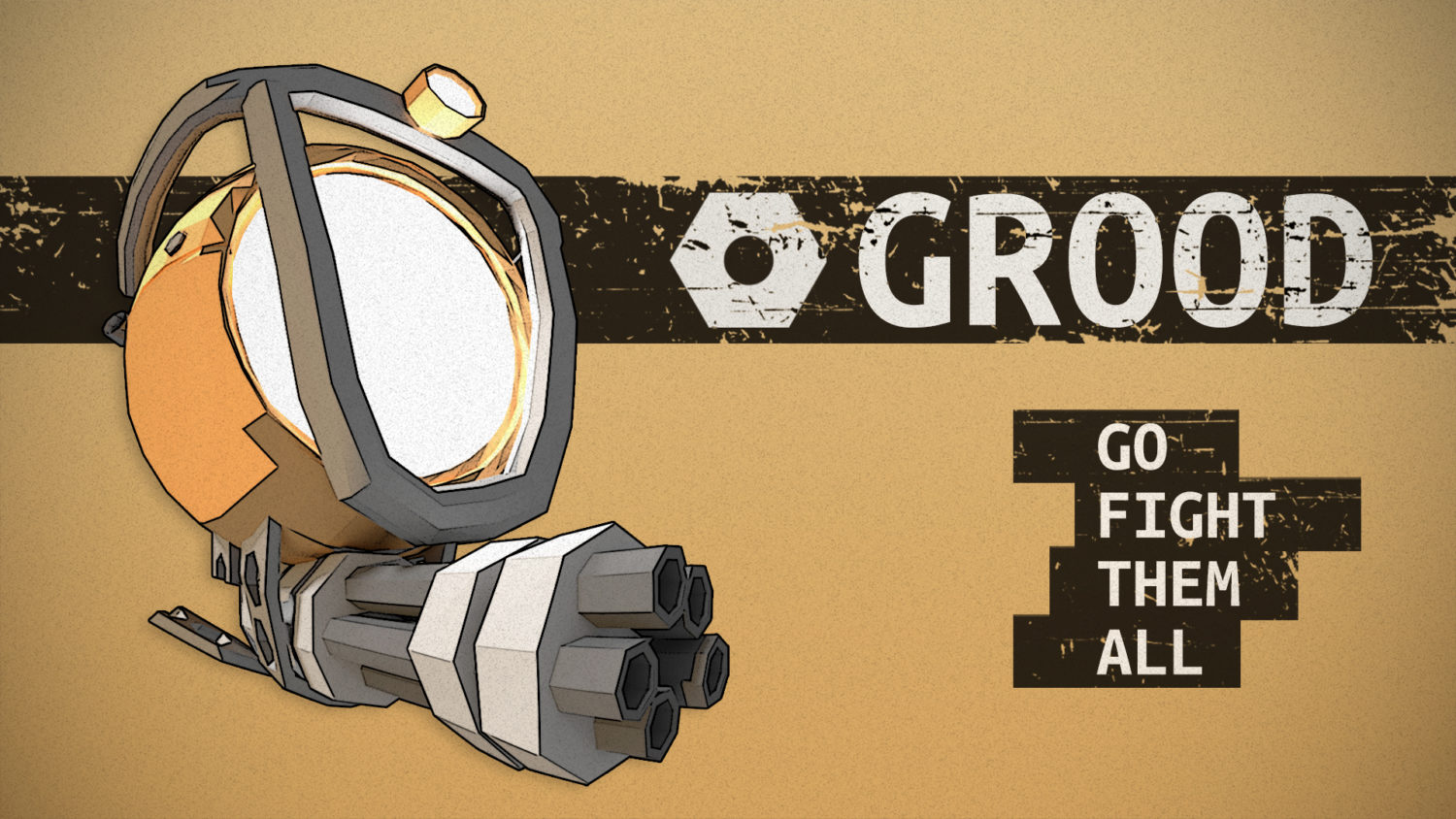 Grood is a side-scrolling shooter for the Nintendo Switch. This budget title brings fast and furious action to the hybrid console, along with a high difficulty level. It’s a tricky balance, but there is fun to be had here.

The story is appropriately simple, involving something about robots taking over the world. Again. Did Skynet teach us nothing? To combat this threat, you craft your own robot called Grood to pilot your way through the destruction. 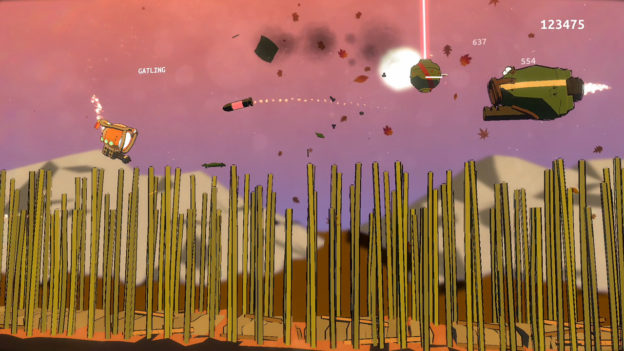 Let me say from the outset that Grood is a hard game. Shooters are meant to be difficult, but Grood is especially so. This point is driven home when you select from the three difficulty settings: Hard, Hard, and Hard. On top of that, enemies are procedurally generated. Each enemy consistently functions in its own way, like shooting missiles or using spiral movements, but they appear randomly. This makes it impossible to learn their patterns. As if that weren’t enough, you only have one life. And the final nail in the coffin? You can’t continue until you reach level four. And let me tell you, getting to level four is a mission in itself.

Grood provides a few additions to alleviate some of the pains of piloting this hectic world. Health refills occasionally pop up, usually once per level. There are also several weapons to unlock along the way. These elements are pretty standard tools in a shooter’s kit, but some neat touches help Grood stand out from every other game in the genre. 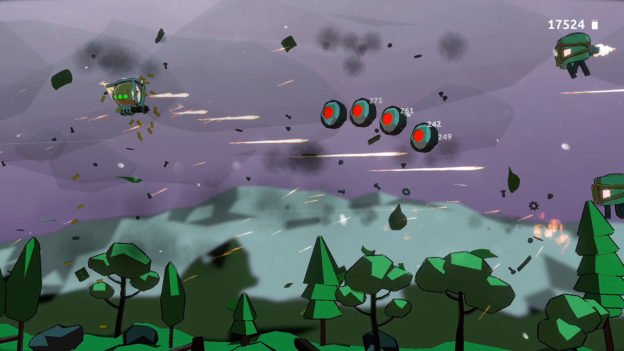 For example, there’s no health bar. You can take a few hits before you crash and burn, but your ship is damaged with each one. This is indicated by cracks across the play screen and a dimming function that drains the color from the game. At full health, it’s as colorful as a post-apocalyptic world can get. After taking several hits, you start to panic as you watch the world burn in monochrome. 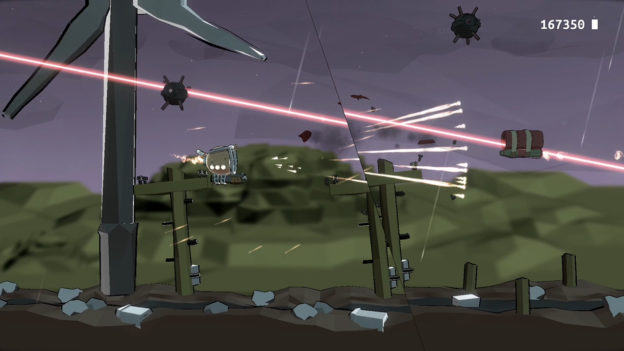 As far as gameplay goes, Grood is a fun time. There’s also a multiplayer mode to add to the game’s longevity. It’s easy to pick up and play with simple controls. The side-scrolling nature means you can move freely up, down, forward, and back to avoid enemies and incoming fire. The action is swift and fluid, with no noticeable glitches or slowdown. I enjoyed it more in handheld mode – I feel like shooters need to be played closely – but it plays well on a larger screen, too.

The rocking soundtrack completely suits the tone of the game, comprising fast and furious metal music. It certainly helps keep the adrenaline pumping as you fight to survive!

Overall, Grood is a good shooter. The quick pace of the action will keep you coming back for one more try, particularly as you reach for level four to unlock continuing. Conversely, this high difficulty factor can border on frustrating. At the budget price of $4.99 (and currently on sale for $2.49), it’s easy to recommend this one to shooter fans.

Grood is a fast-paced shooter that’s fun and easy to pick up and play. It comes with two warnings: it’s highly addictive, and it’s very challening.