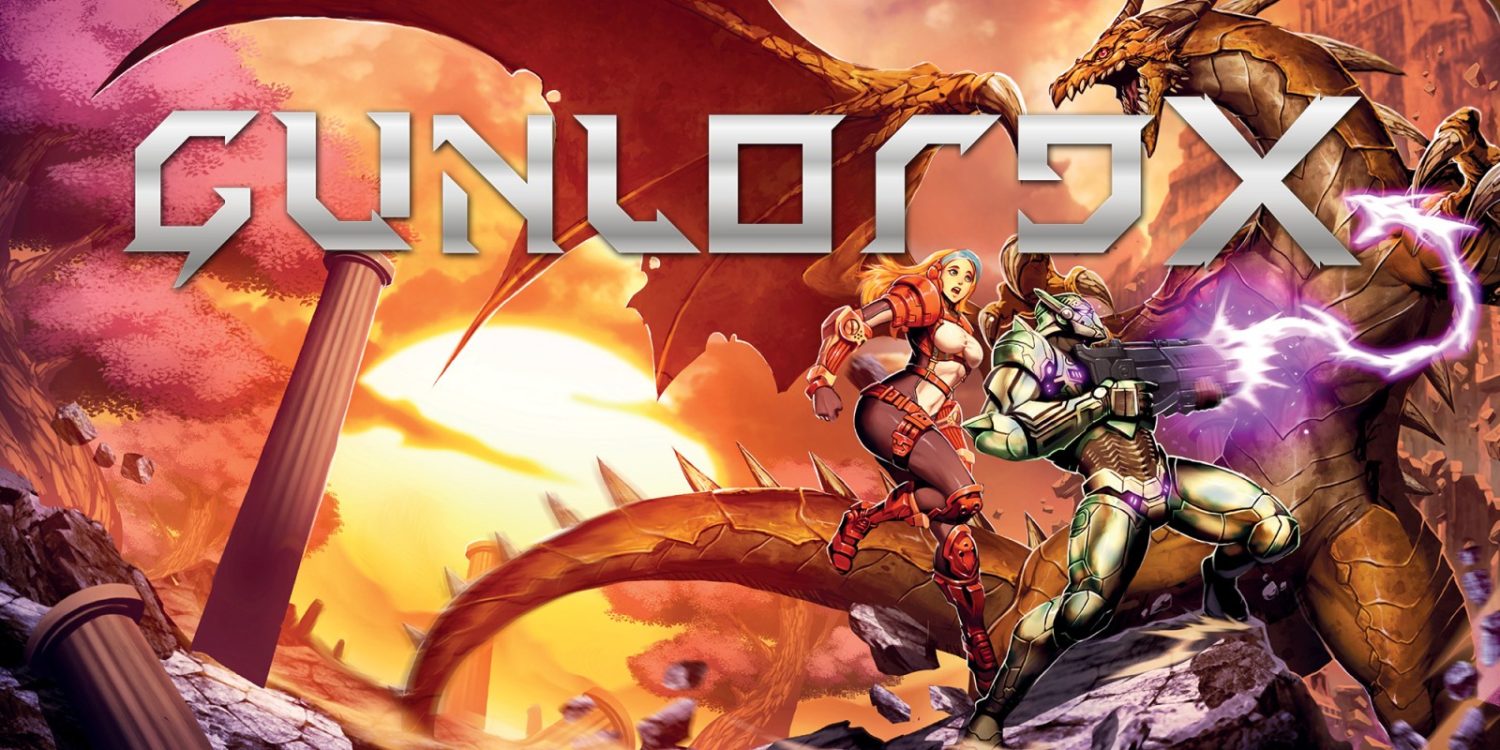 Gunlord X is an action, arcade-style run ’n’ gun shooter previously released – oddly enough  – in 2012 for the Neo Geo and Dreamcast. It has now been updated and released for the Nintendo Switch.

Players assume the role of Gunlord, who is trying to find his wife after she went missing in action from a mission. While attempting to save her, Gunlord comes across an evil entity known as the Master. 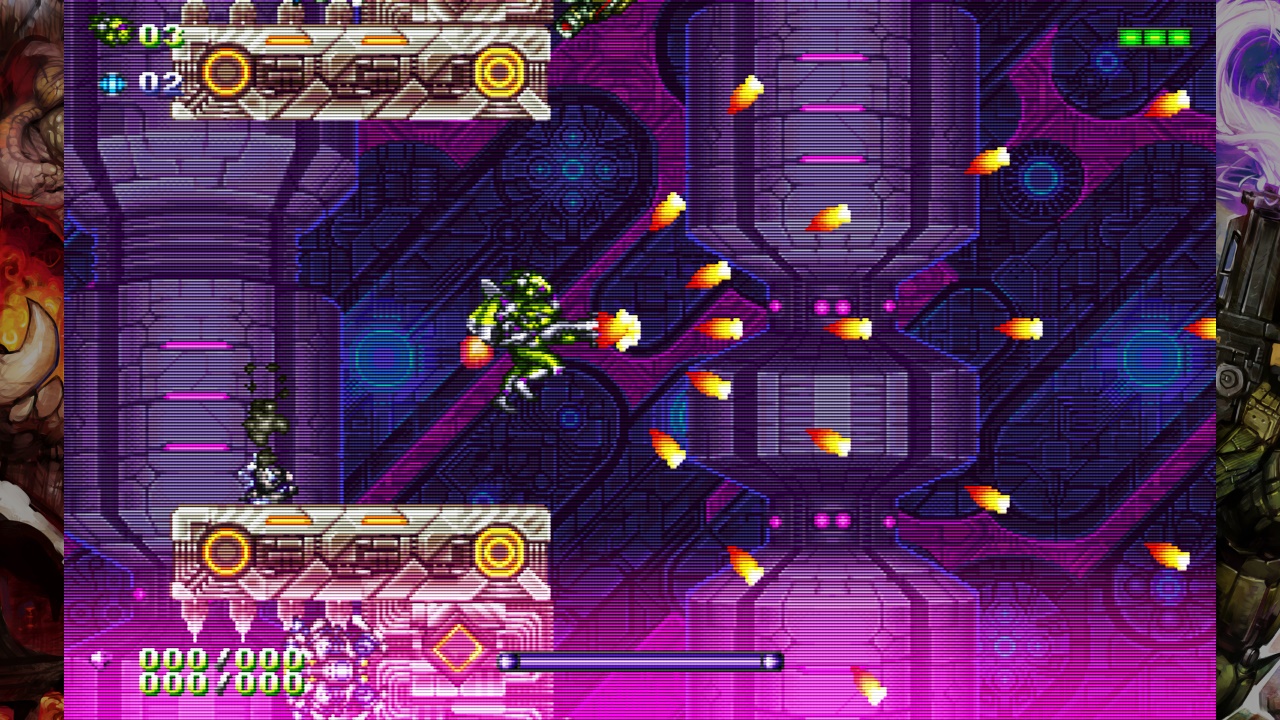 The game provides large levels with plenty of enemies to gun down. Each level covers an immense area to explore, with plenty of secret areas just waiting to be explored. With 11 levels total, Gunlord provides more than enough entertainment.

Weapons are plentiful and they seem to change rather quickly. It’s hard to stick with just one gun, so it’s best to familiarize yourself with them quickly. My favorite was one that rapidly shoots green balls, which bounce off walls until hitting an enemy. This weapon was particularly useful to find secret areas as well. 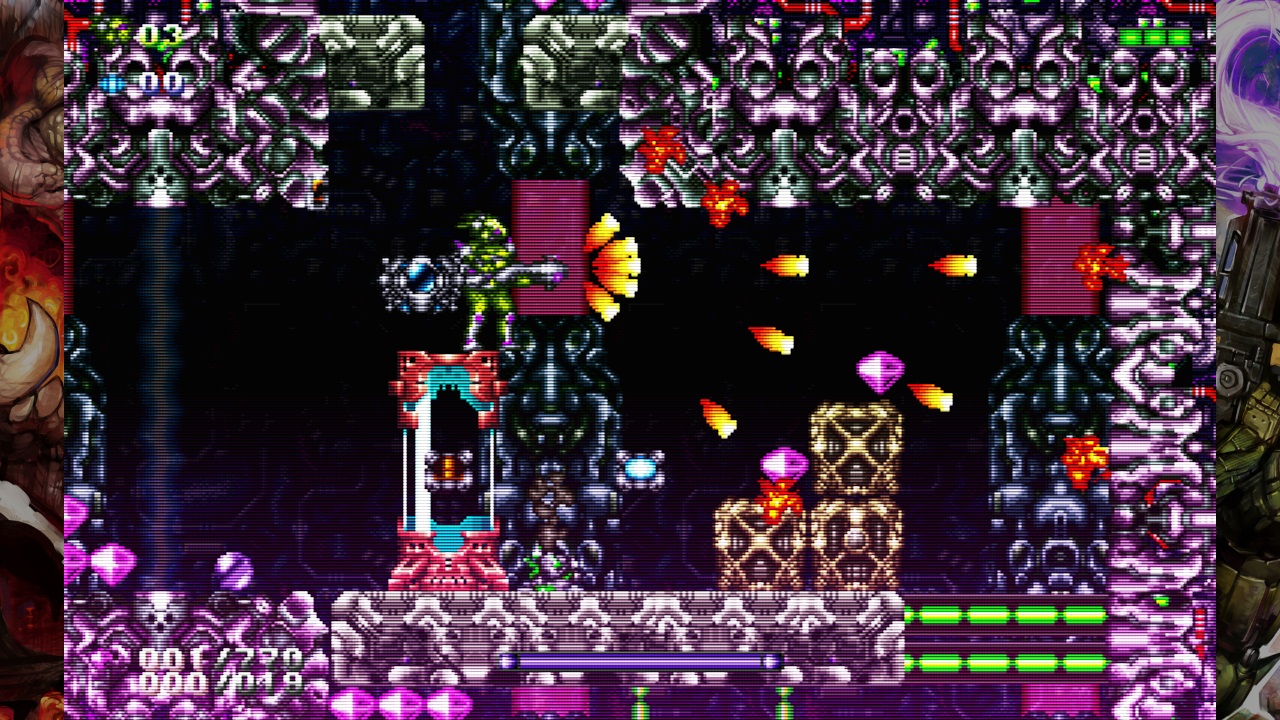 While you’re gunning down enemies, you’re also collecting purple crystals. These are handy since they’re used to continue once you run out of lives. Dying is something that comes fairly easily as there are a ton of threats on the screen coming at you at once. The difficulty of each level gradually increases the further you progress. It took me several tries before completing a level; thankfully the game autosaves.

Visually, Gunlord X looks like a game that would have been around in the 16-bit era. The music and sound effects are fitting for the visuals, as they too sound like they’re from the same era. My only complaint here is the quality of the voiceovers. For example, when picking up a weapon a voice tells you what it was. This sounds helpful, but it’s hard to make out exactly what’s being said. Still, the songs are rather catchy. 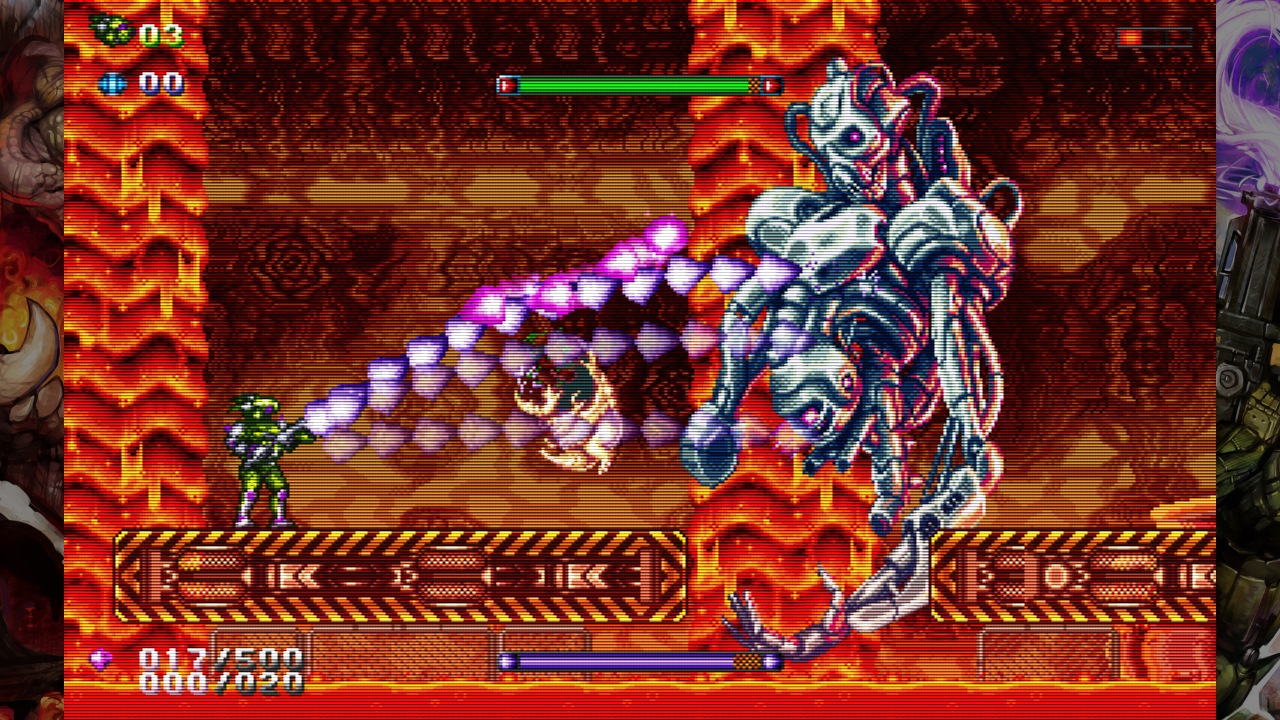 Gunlord X, although at times seeming difficult, is still a fun run ‘n’ gun game. The variety of weapons and stages is a warm welcome, making it worth the asking price of $9.99.

Gunlord X, although at times seeming difficult, is still a fun run ‘n’ gun game. The variety of weapons and stages is a warm welcome, making it worth the asking price of $9.99.