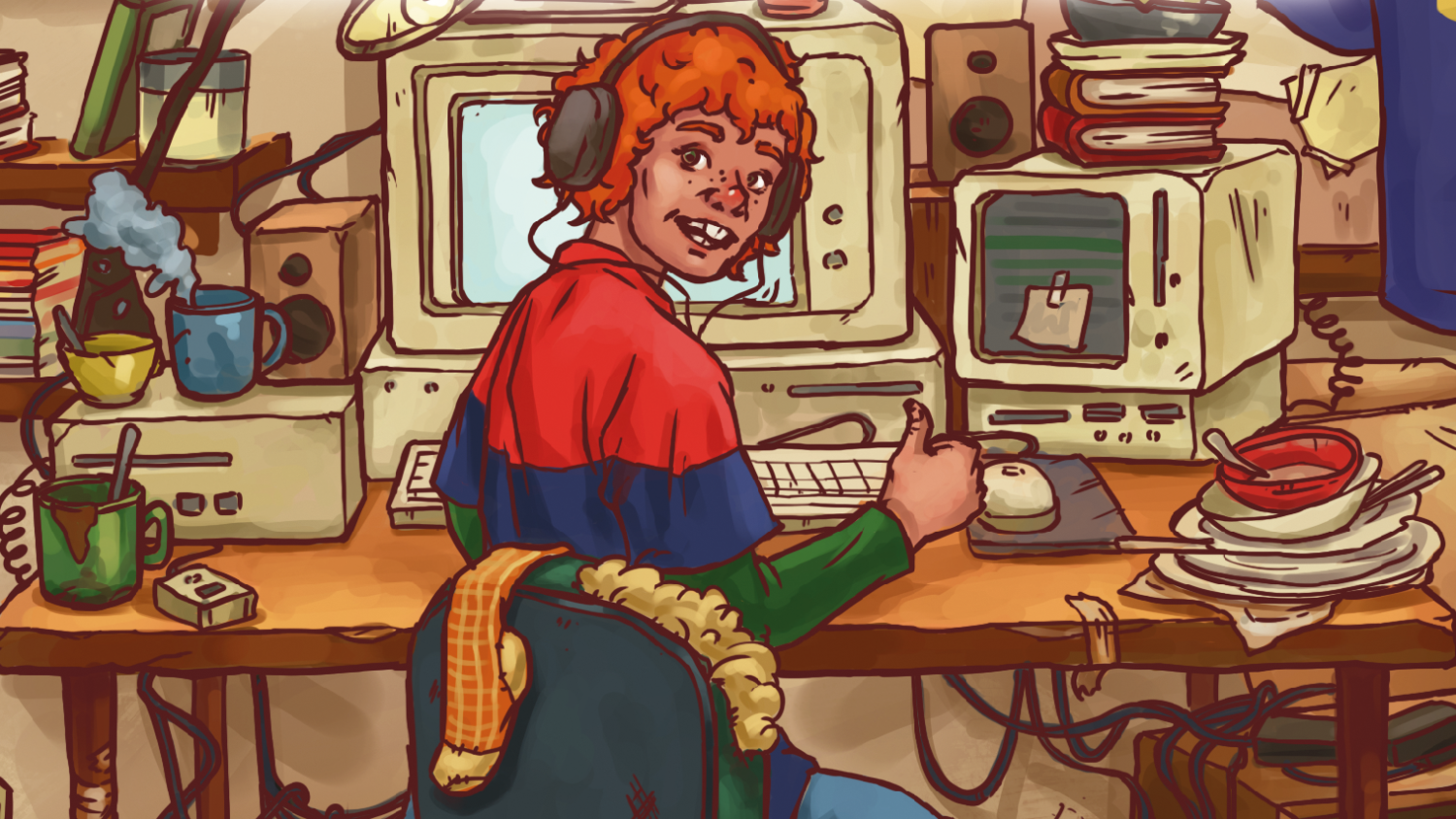 Mad Games Tycoon has you forming your own game studio in the early 1980s (or later if you so desire), beginning from the comfort of your garage. Therefore, you should dust off your DeLorean and ready your engines because you are about to go back to the future.

Likely, if you are reading this article there’s a good chance you enjoy playing video games. Thus the genre of simulation games shouldn’t be something you’re unfamiliar with. That being said, inside a video game, managing your own game tycoon might be something you’re not accustomed to. I’ve always loved the “managing your own game studio” niche of games in the simulation genre, so I was already familiar with the concept. Especially, considering my experience with the original release of the game on Steam. However, if you aren’t as experienced with this particular subsection of gaming, the in-game tutorial does a great job of easing you into all of the title’s mechanics.

When it comes down to simulation games, mechanics and features are really important… Fortunately, this particular game is packed full of them! That being said, the game also costs significantly more on Nintendo Switch than its Steam counterpart. The game retails for $39.99 on the Nintendo Eshop and $14.99 on Steam. Despite the mark-up for the Nintendo Switch version of the game, there is still enough content to warrant the asking price. However, it would’ve been considerate of them to at least make some graphical improvements, to compensate. The game’s current graphical state is both uninspired and not indicative of the Nintendo Switch’s hardware capabilities. Additionally, the user interface is cluttered, even if it is usable. 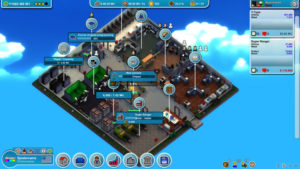 In terms of content, the gameplay experience will be drastically different depending on what year you decide to form your own game studio. You can choose to establish your video game tycoon in the 80s, 90s, 2000s, or even in 2010. No matter when you decide to begin your adventure into the tycoon management business, you are bound to experience a different outcome – as time advances in-game, so will the research opportunities available.

After you’ve chosen when you want to form your game studio, you have to decide on a company name and logo. Surprisingly, there’s a decent amount of logos available – ranging from simple clipart to parodies of real-life game companies. My only issue with creating a game company was in regards to the naming process. If you choose a name that is really long, it will appear cut off on the user interface in-game. Once you’ve finished creating your company, you need to create your character. 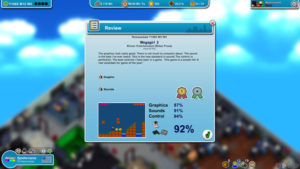 Unfortunately, though, character creation is about as barebones as it gets; the only things making your individual character standout are their skills and gender. You can’t alter their clothing, hair color, facial structure, etc. Despite the inadequate character customization, being able to choose the skills (e.g. you can specialize in RPGs and virtual reality) that your character excels at is a smart inclusion.

The next act of business, once you’ve created a character, is to start turning your garage into the perfect workspace (well… as perfect as possible for a small sooty space). There’s enough in-game furniture to help you accomplish this task, but don’t expect anything alluring; it gets the job done and that is it. That being said, it isn’t too much of an annoyance, because the developers allocated most of their effort into adding more gameplay functions. This is done through the inclusion of rooms. Rather than each furniture having a function, the type of each room defines how you interact with the space. Despite how concerning that might sound to those familiar with the simulation genre, it is the most suitable approach for a game like this. There is a good variety of room types too – and each of them serves their own purpose. In Mad Games Tycoon, you are given a lot of choices in how you choose to operate your business. You can develop your own game, distribute games, build your own game console, or construct a game engine; the possibilities really are limitless! If you find out your game isn’t doing as good as it could be doing, you can ask your developers to create a report detailing exactly what went wrong, so it can be fixed going forward. However, if your title is doing exceptionally well you should invest some money into the annual game convention that takes place each year in-game. This event is a good place to show games and consoles you are working on, as well as earn fans. It’s important to keep those fans happy, though, using the customer support room that can be built.

Nintendo Switch Back to the Future DeLorean Mad Games Tycoon