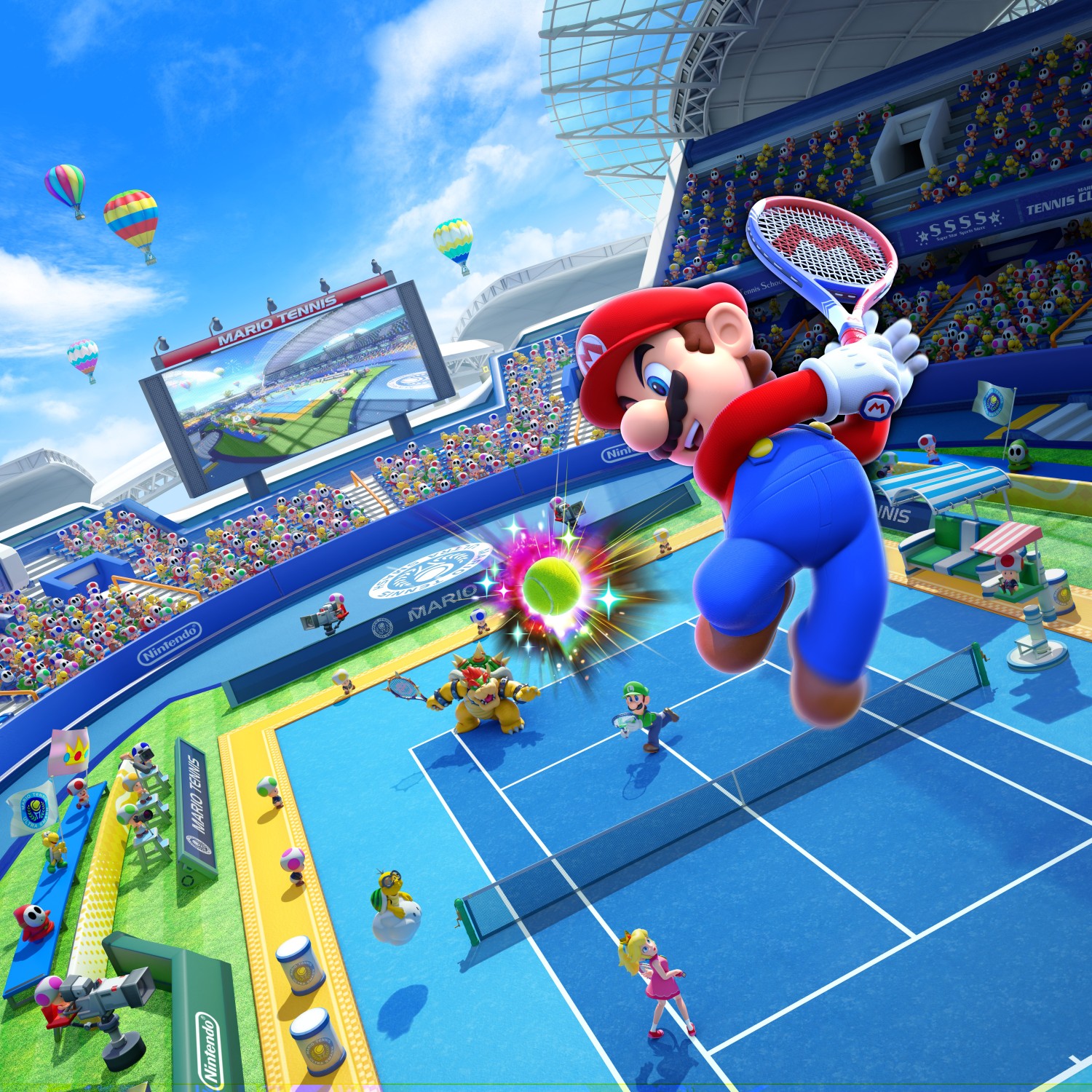 Let me start this review by saying, I’m not much of a sports fan. While I do enjoy Baseball and Hockey, I’ve never went out of my way to watch a game nor could I tell you the latest sports highlights. So why was I obsessed with Mario Tennis for the N64 back in 2000? Simple, it had Mario in the title. Much like my previous statement, I’m also not that familiar with the sport of Tennis. Top players? Nope. Rules? No idea. Hit a fuzzy green ball? That part I got down!

This was also the first game that gave me my first gaming blister. That’s right, I was not one of the many victims of the raw destroyed palms of Mario Party. Seriously, even my young self knew that rotating your palm on that control stick was going to be a bad time.

Sports injuries aside, since Mario Tennis Open for the Nintendo 3DS, Mario and company have made their way back onto the court through the Wii U. But would this return to the home console reignite the competitive flames that came with the original Mario Tennis? Let’s serve up some home runs as we touchdown our opponents on the field!….I know sports.

Seeing as though Ultra Smash contains no story, we’ll just jump right into the gameplay. Each character has their own specific skill set giving them their own unique personalities on the court. Mario and Luigi are All-Around types, Toad and Yoshi focus on speed, Rosalina is a power house and so on. For characters like Toad & Yoshi, I legitimately felt a change in speed, but for other characters such as power and technical types, there didn’t seem to be much difference other than a different character on the court.

Apart from character strengths, the roster this time around seems rather small. Granted there are some unlockable characters, but it seems like other members of the Mario universe lost their invitation in the mail. Which is odd considering there are plenty of Koopas and Shy Guys watching the game in the stands. Maybe they pulled a hammy and cant play?

One of the new features in Ultra Smash is in the title, the Ultra Smash! Whenever you or the opposing side lobs a ball high in the air, this sets you up to return the ball right to their face and into oblivion! I put a lot of emphasis in this as it feels amazing slamming a shot right back into the opponent’s court securing your victory. Equally, when you allow your opponent the chance to kindly return the favor, your body tenses up, your palms get sweaty and you hope to whatever force that you manage to return back to sender.

Along with the Ultra Smash feature, is the Mega Battle. Occasionally, Toads on the sideline will throw out Mega Mushrooms doubling your size and overall power. While this is nice and all, you sacrifice a great deal of speed along with the fact that your Mega Power could run out right when you’re setting up for a shot causing the ball to slip right past you. The long short of it, don’t get cocky.

Aside from the Mega Battles, Ultra Smash features a Mega Ball Rally which pits you against a computer to see how long you can keep a volley going. Nothing really too impressive here, but a good way to get your feet wet with the overall mechanics.

Perhaps one of the biggest game modes that proved the most addicting, was the Knockout Challenges. This never ending gauntlet of computer players will put your Mario Tennis skills to the test, but there’s no reason to go it alone. With an Amiibo handy, you can have your own computer partner that over each match, grows stronger and may even prove to be a better player than you if you’re not careful. Using my Wooly Yarn Yoshi Amiibo, I over time grew more confident at my partner’s abilities to the point where I willingly let the ball pass through me so he could score the winning shot! After every five matches, you’ll unlock a new random perk for your Amiibo which ranges from strength, speed, serving, skill and much more. There was something truly rewarding seeing myself grow with my character match after match.

While Mario Tennis Ultra Smash has its good moments, there are some noticeable issues. Unfortunately Ultra Smash does not sport a tournament mode which was a feature I adored in the original Mario Tennis. There was something exciting about climbing to the top of each bracket ultimately winning the competition! It’s as though this game was designed more around the multiplayer aspect rather than the full single player experience.

Another issue was the character roster. Unlike previous installments, there are only a small handful of characters including the unlockable ones. Again, a small nuisance but when we look at games like Mario Kart 8, Smash Bros. or even previous Mario Tennis titles, it’s obvious that Nintendo has quite a cast of characters to choose from thus making this feel like a missed opportunity.

Ultra Smash also offers a Challenge menu that can give players a better idea on how to unlock multiple courts, playable characters, etc. There are two ways to unlock these features, which to me, kinda hurts it in the long run. For example, to unlock a specific character, you could either play ten matches of a standard game, or just spend 5,000 coins which can easily be acquired after a few matches. While I guess it’s nice to have this separate way to unlock content, it defeats the purpose of a challenge if I can just pay for it by grinding through a few matches.

In the end, Mario Tennis Ultra Smash is a fun time. While yes, it is lacking some gameplay features of previous titles such as a tournament mode, I still had a blast when it came to smashing a ball right past my opponent and growing with my Amiibo as we rose to the top! Another good factor, is the retail price of $49.99 USD which can be easy on the wallets of most gamers. If you’re looking to bring Mario and his friends back to the tennis court on your home console, I’d say grab some friends and keep your Amiibos handy!

While Ultra Smash feels lacking in extra characters and a tournament mode, there’s still some fun to be had when taking Mario and the gang to the court.