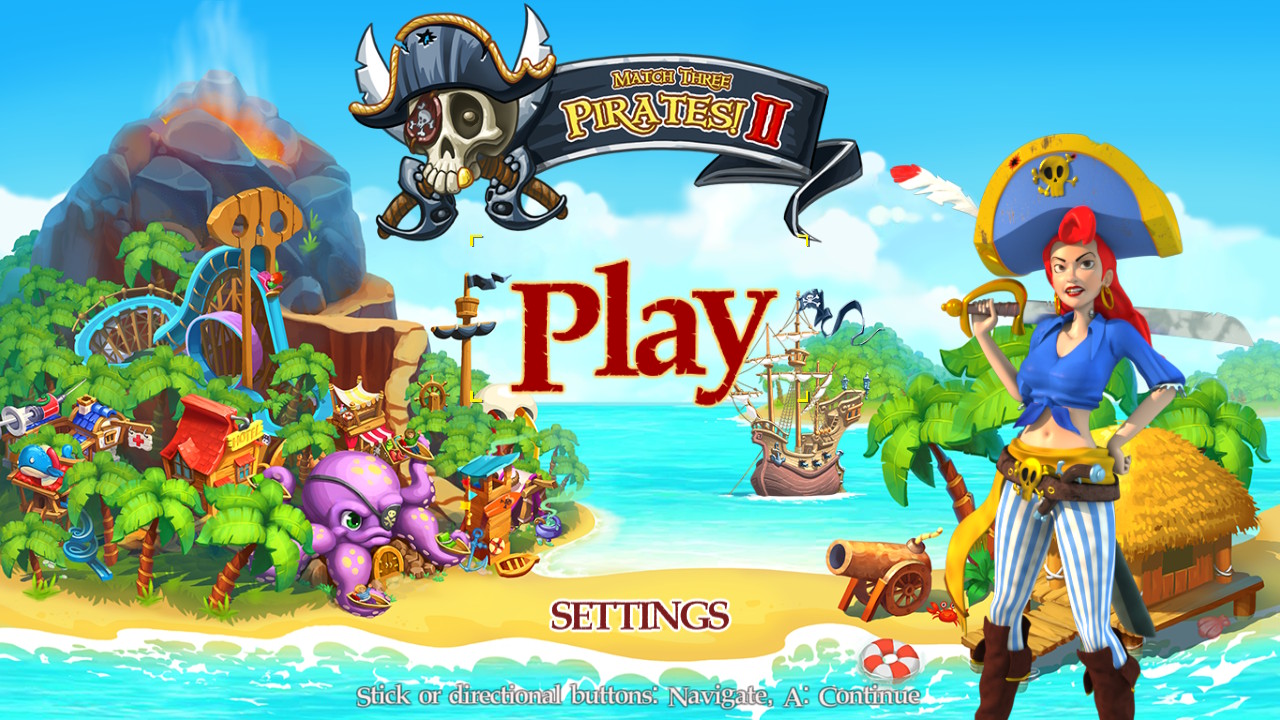 Match Three Pirates II is a puzzle strategy game published by Denda Games. Overall, this is a simple puzzle game where you match three or more items in a row to make them disappear. These types of puzzles are always fun, but let’s see if this particular game can stand out from the rest.

This game has a little bit of a story, but it’s not necessarily needed. I have not played the first game, Match Three: Pirates! Heir to Davy Jones, but it seems as if the story picks up where that game left off. Billy has freed the pirates from Davy Jones, and now, living on an island, they realize how lonely it is. So, Billy decides to turn the island into a pirate-themed amusement park. 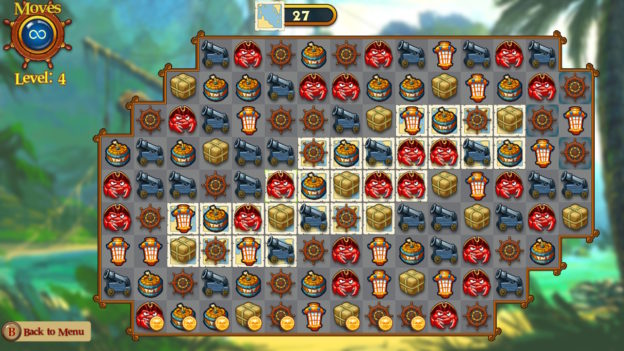 I admit I thought Match Three Pirates II would allow me to play through the puzzles while building my theme park, similar to Roller Coaster Tycoon. Since it’s classified as “puzzle, strategy, and adventure,” I thought I’d get to create the theme park as I want. Unfortunately, that’s not the case.

Instead, this game is strictly a puzzler. The pirates chat with one another, drawing up the idea of a pirate-themed park, and then throw you into the puzzles. These puzzles are the typical match three or more icons to clear the board or clear the challenge. For example, some puzzles require matching a specific icon, such as the cannon or crab. Sometimes map pieces are on the board that you need to clear, or there’s a treasure chest to open by matching adjacent icons. 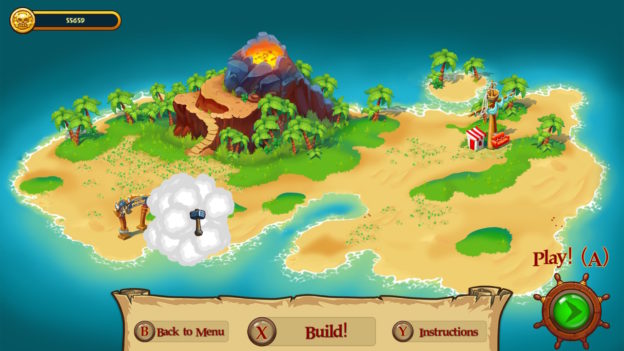 You can buy boosters to help you with these puzzles. Some boosters include tornados or bombs to help clear the board or rearrange the icons if you feel stuck. In addition, of course, you can get some boosts by matching more than three of the same icon. Sometimes, it’ll turn into a cannon that will clear an entire row or column once it’s matched with others again.

These puzzles are always fun, but aside from it being pirate-themed, there wasn’t anything too unique about it. In addition, Match Three Pirates II has challenging levels where you can choose whether you want a set amount of moves per puzzle or unlimited moves. I was happy there was no timer and will admit the puzzles could get pretty hard when you have a certain amount of moves to use. Overall though, the rest of the game is pretty easy. 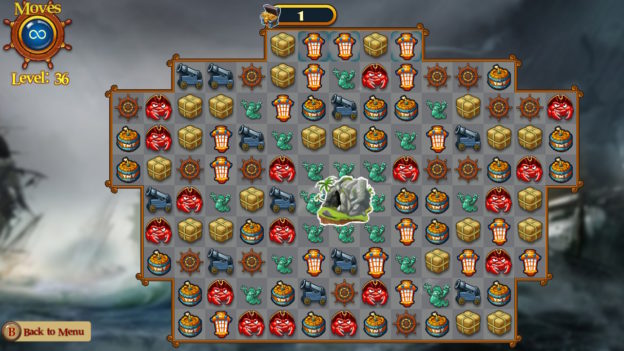 What disappointed me the most, as mentioned earlier, was that I couldn’t build my park. When completing puzzles, you earn coins. Then, you use those coins to buy park rides and other amusements. Once you buy them, the game automatically builds them. So, you’re essentially completing the puzzles just to watch the game build something for you.

Overall, Match Three Pirates II is a fun puzzle game to pick up and play whenever you have a minute to spare. However, the rest of the game isn’t needed. On the other hand, I can see this game being great for young kids. The puzzles are easy enough (especially with the adjustable difficulty settings), and they might have fun building the park even though it’s done for them.

Match Three Pirates II is a solid puzzle game with various difficulty settings. However, there’s nothing else to the game, so you might have short gameplay sessions.