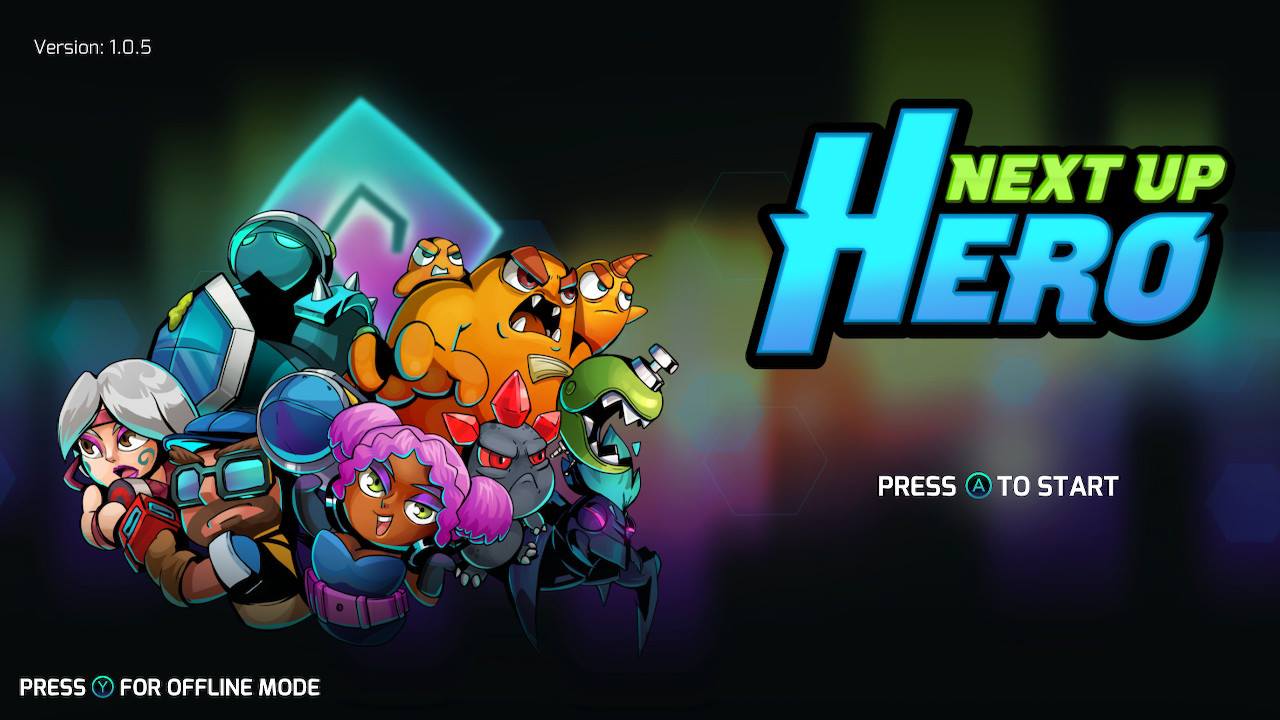 Next Up Hero is an action-adventure dungeon crawler where you play as a plethora of characters to explore the dungeons, max out your stats, and defeat monsters and enemies known as the Ceaseless Dirge. Each character is different from the others, as are the dungeons, which makes this game’s replayability high. 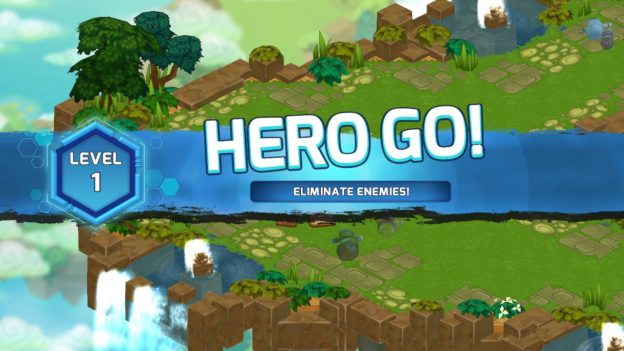 The game begins with an easy tutorial mode with about 10 quick levels, each one with a different objective in order to allow practice for the many buttons that are needed to play the game. These objectives were something as simple as eliminating all the enemies or a time trial. Once the tutorial is completed, the game officially begins and you can start leveling up your character and maxing out your stats.

In order to do this, you need to go on ventures. There are many different kinds and you can pick and choose what you want to do, despite the actual adventure being random when you go in. However, you can set up how long you want the venture to be, where you want it to take place – forest, tundra, etc. – as well as decide the difficulty of the monsters. As you beat these ventures, you’ll level up, gaining more items and stat boosts. In turn, this will unlock more features of the game, such as ventures of various difficulty, champion trials, a dungeon maker feature, and more. 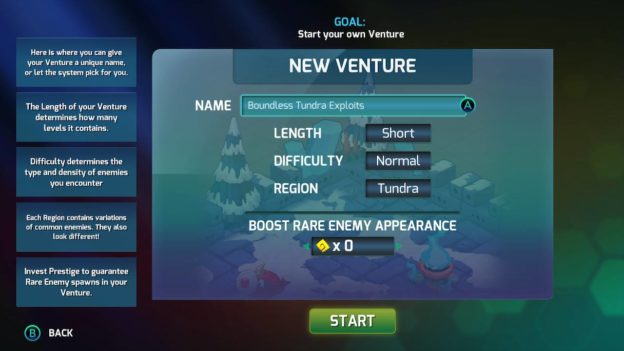 Each venture is fast paced and involves a lot of quick thinking on your end. Each map can be pretty big, though there is no mini map. You have to explore and hope you find everything. Monsters are pretty much everywhere and, once you run into one horde of them, there will be more right behind them. Aside from using your character’s own weapons and stats against these monsters, can you pick up echo allies.

These echo characters are from real life players who have died in the game. The permadeath is real and, once you die, you have to start completely over. However, the ghost of your character will remain in that level for the next player who dares to try the venture. These echo allies are a huge help as they have a mind of their own and will attack enemies without you telling them to – this means you can run off to pick up more echo characters and search for loot. You can have up to 20 echo characters at once and you can combine some of them together to create a bigger character that’s more powerful, though it won’t last too long and will disappear when its attack is over. 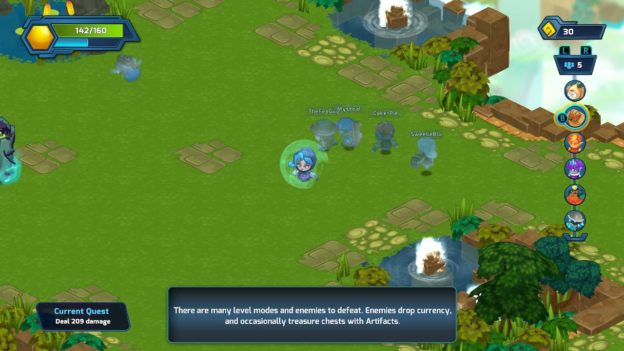 Next Up Hero has fun graphics. The beginning of the game shows a quick backstory of the Ceaseless Dirge, which is hand drawn. Despite the darkness of the story, the graphics are vivid and crisp. It brings a light air about the game and makes the gameplay seem more fun and enticing. The music was fantastic as well. It really matches the battle style of the game and was upbeat and fun to listen to during gameplay.

There’s so much to do in Next Up Hero. With the various ventures and the ability later on to create your own dungeons for other players to try, the replayability for this game is high. There is also a co-op mode so you can have fun with a friend. This is a game players can go far in and play for a long amount of time in one sitting.

Next Up Hero is a great game. The play possibilities are endless, the creativity is open to the players, and the gameplay itself is fun. This is a game I’d definitely go back to and play with friends.

Reviews Nintendo Switch Next Up Hero