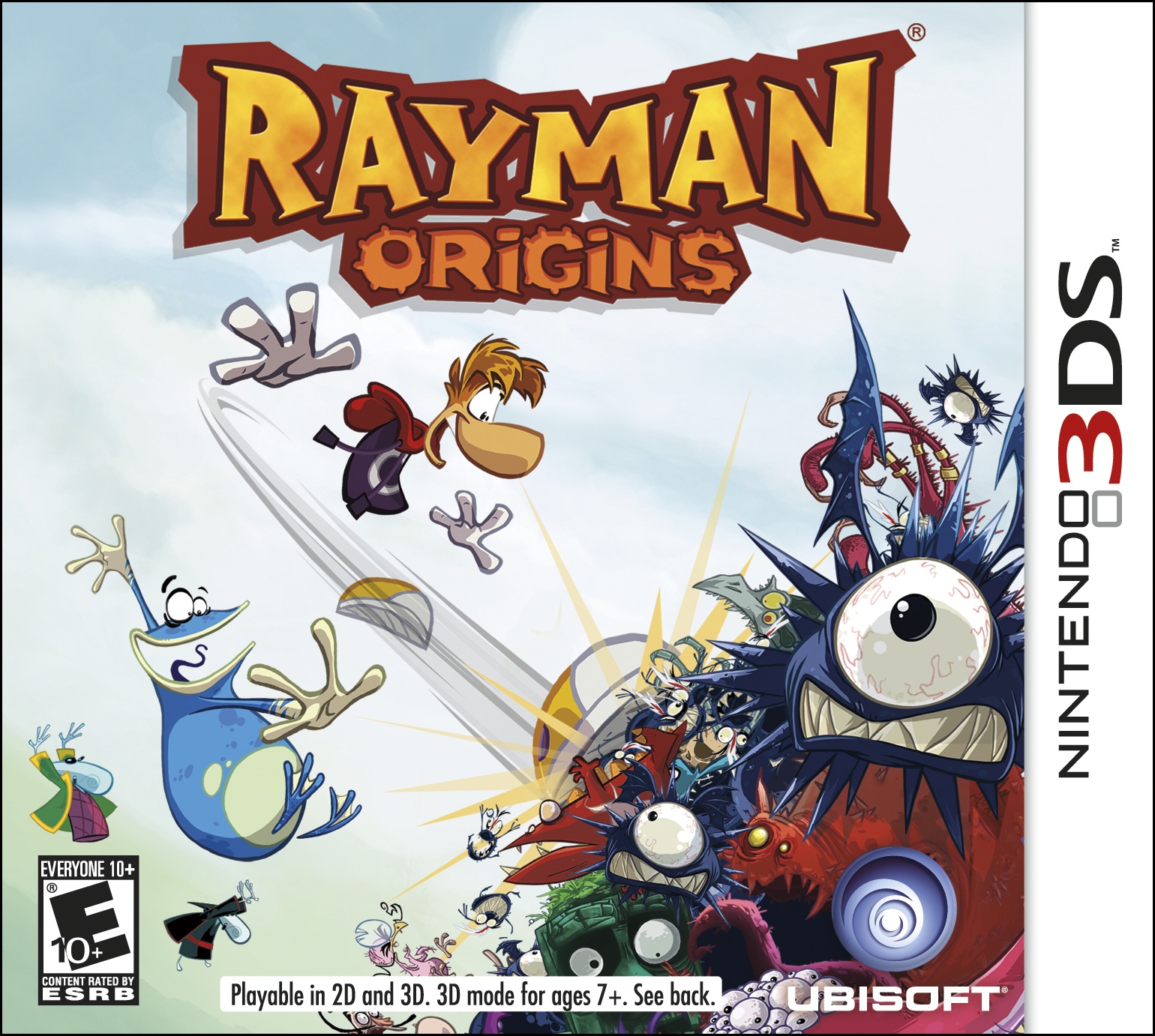 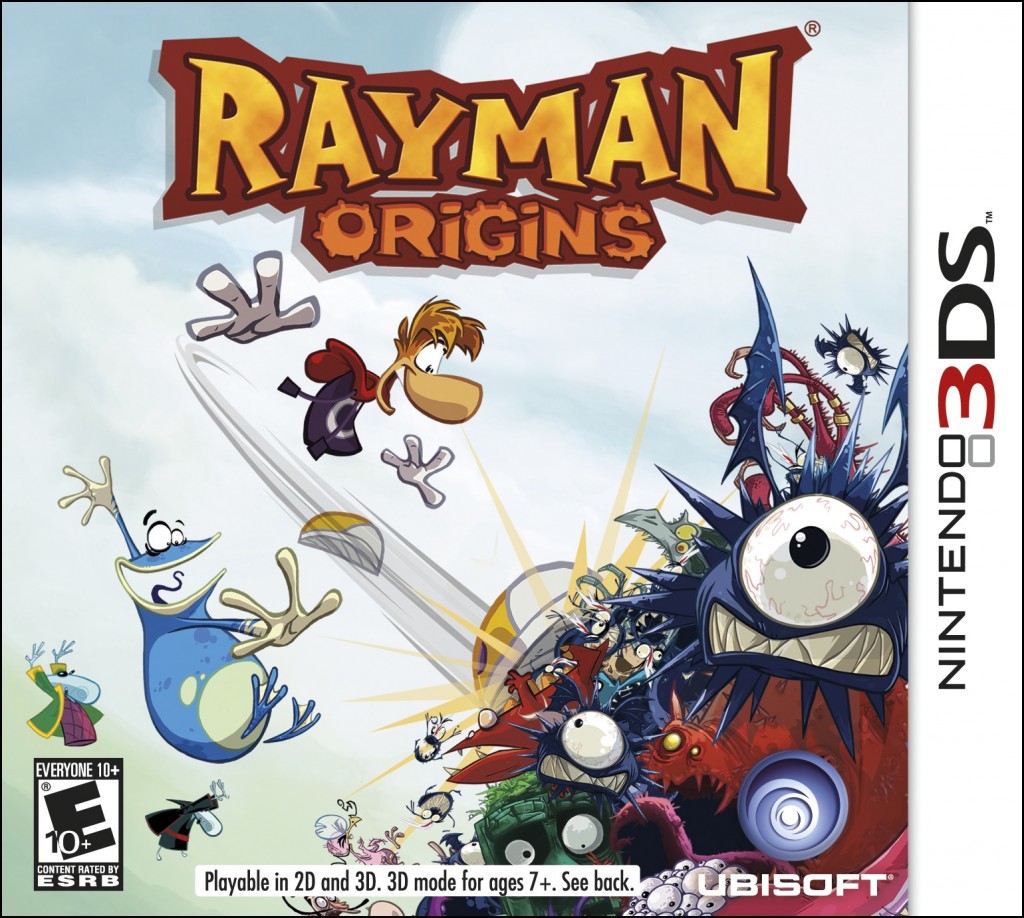 It’s been a long time coming but Rayman Origins is now available for the Nintendo 3DS. Originally scheduled for release in March of this year, Rayman Origins is a stereoscopic 3D port of one of 2011’s best games. Created using the UBIart engine, Rayman Origins uses artfully crafted 2D characters and environments to create a unique, hand-painted look. The game takes full advantage of the 3D capabilities of the 3DS to give a great sense of depth that makes you feel like you’re inside each world in the game.

The game starts out in the Glade of Dreams as Rayman and friends are relaxing in the treetops. Rayman is eating some fruit while his crew is sleeping and snoring loudly—much to the chagrin of the Darktoons who live underground. They finally lose their patience with Rayman and invade the Glade of Dreams. As a result, the Fairy Council calls on Rayman, Globox, and team to restore the Glade of Dreams to its former glory. It’s a very simple plot but the humor in the storyline and even the animations of the characters is a delight. When crouching down with Globox for instance, he turns into what looks like a hilarious blue stack of pancakes. The game is filled with crazy fun character models and over 60 challenging levels for Rayman and co. 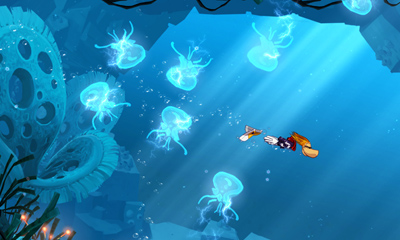 In our original preview of the Rayman Origins 3DS demo back in June, we were definitely concerned about the quality of the 3DS version. The performance of the game seemed lacking from the console versions and everything seemed more sluggish. Thankfully those issues are not present in the final version. The running in the game feels like the same speed from the console versions and it has the same frantic pace that we’ve come to expect. Even with 3D turned on fully, the game runs just as well and all the layers in each level really pop in 3D. There aren’t merely 3 or 4 layers to the 3D either. Fairies that are throughout each level appear at varying levels of depth to create a very dynamic experience to the 3D. The bottom screen of the 3DS is also used very well to display a progress meter of the level you’re currently playing (similar to the one in New Super Mario Bros. on the DS where it shows the half way point and flag at the end). The progress meter is especially helpful when finding hidden areas. Once you find a hidden cave, it is marked on your map. This makes it super easy to come back to a level and figure out where you still need to explore to collect all of the Electoons. One notable exclusion from the 3DS version is multiplayer. You can still play as any character from the console versions, such as Globox, but you just have to switch your character out instead of being to be able to play simultaneously with your friends. Since multiplayer is vacant from the 3DS version, Ubisoft developed Streetpass functionality for the game. You can share your progression, number of collectibles, time played, unlocked achievements, and even avatars with your friends. It’s a nice feature but it would’ve been nice to play local wireless play with at least 1 friend. 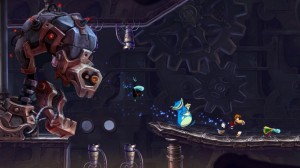 Rayman Origins 3DS displays very impressive visuals. Most of the details are still in tact in each level, save for the crispness of HD, and the animations of characters are detailed and varied. I played the game on a 3DS XL and the experience was very similar to the console versions. When I played the demo back in June on an original 3DS, the game felt zoomed out too much like the game had been completely scaled down from the console versions. It was hard to pick up the subtle details of the levels and character animations. In the final version of the game, the game looks great on both the original 3DS and especially so on the XL.

If you’re looking for an incredibly fun platformer to have on the go, Rayman Origins is a must-have. It has an incredibly diverse selection of levels, complex boss battles, and a number of unlockable moves for Rayman to learn over the course of the game. Despite the lack of multiplayer, Rayman Origins for the 3DS offers one of the best platforming experiences on the system and the added 3D depth makes it well worth the double-dip.