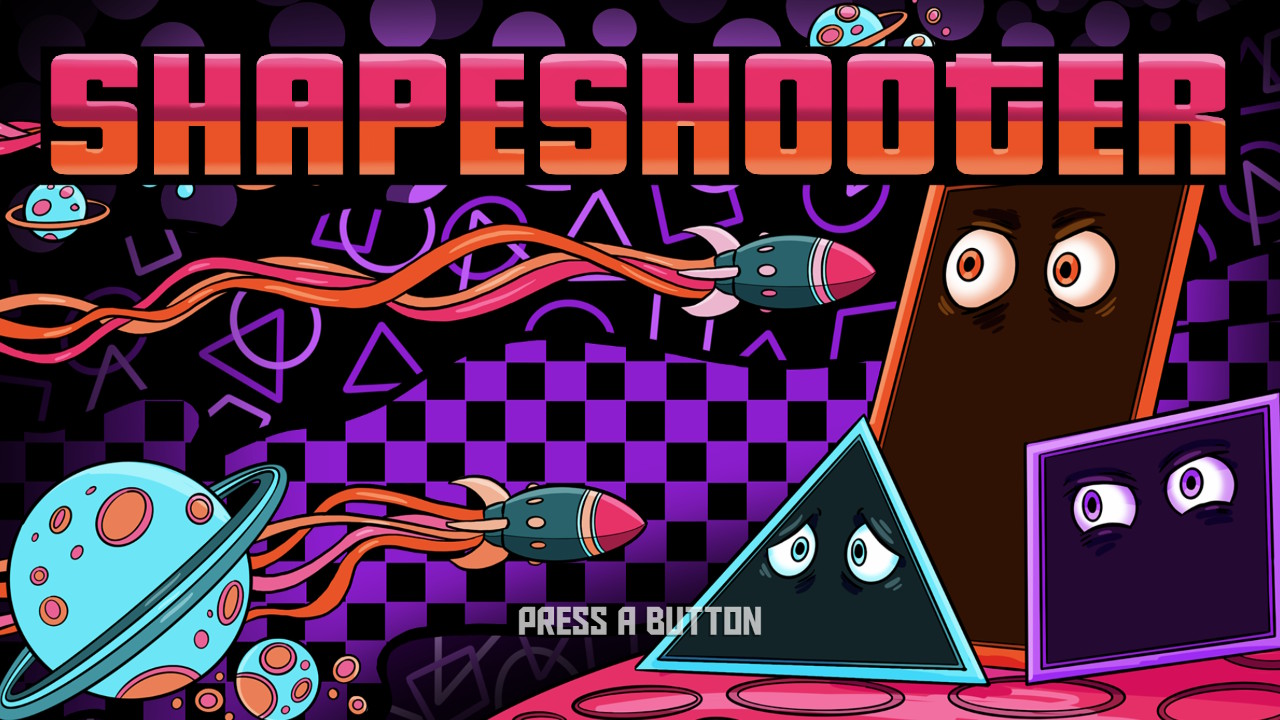 Shapeshooter is an action-adventure game developed by Nuk Games and published by QUByte Interactive. This game feels more like a puzzle shooter than an adventure to me, but it is undoubtedly actionable. It is quite different from other shooting games I’ve played, which is certainly a plus. But let’s discuss whether the game is entertaining. 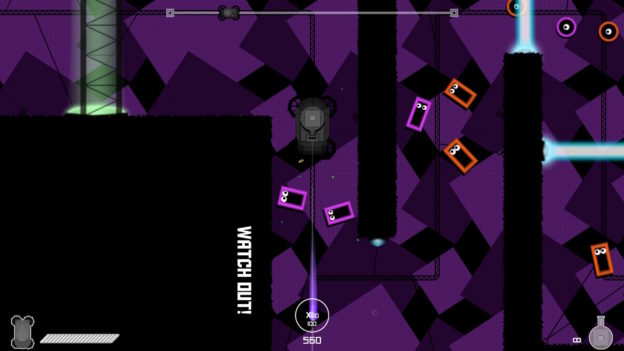 When you first turn on Shapeshooter, you’re thrown into the game. You’ll need to clear some levels on four different planets, ridding them of polygoneers. These polygoneers are what block your path on the railway.

Your weapon is on the rail, so you’re limited to where you can move. However, you can go forward or backward. So, if you need to retreat for a moment, you can. Honestly, I was happy it wasn’t an auto-scroller, or else that would have made the game much harder. On the other hand, having that added difficulty (even if it was an option) would have been pretty cool because every level is similar. 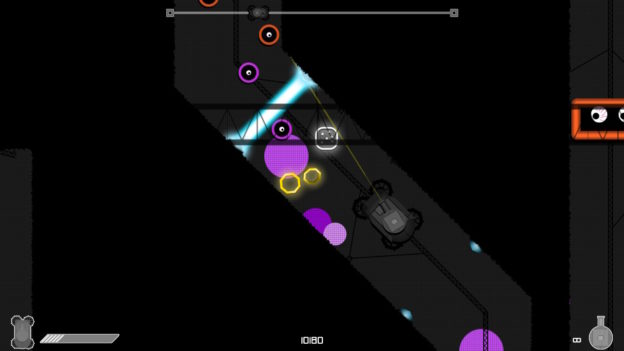 In Shapeshooter, you move along the rail, shooting the polygoneers with different-colored weapons. To start, you have orange and purple shooters; the orange bullets get rid of the orange polygoneers, and the purple shooters get rid of the purple ones. Each colored shooter is a different button. Also, moving forward and backward are different buttons, while the analog stick is used to aim your weapon. So, the hardest part about this game is getting used to the controls. I often found myself moving back to readjust my aim or remember which button to use to shoot a certain color. It wasn’t because polygoneers were ambushing me.

The polygoneers are pretty easy to defeat. They don’t take up too much space, and they’re easy enough to get rid of. Unfortunately, some stay in place while others will head toward you, so it’s a matter of getting rid of them in order so you don’t die. And the health is my biggest frustration of Shapeshooter. 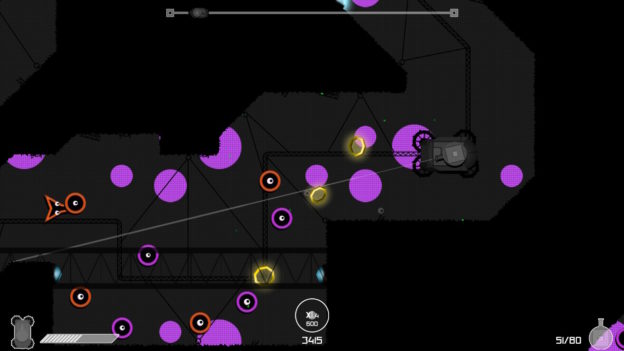 In addition to the polygoneers, there are traps, such as lasers. I don’t know how many times you need to get hit to die, but I died a lot. There isn’t an indication of when your health gets low, so I often didn’t notice. Also, I died because of the lasers quite a bit, thinking I had cleared them, but the hit-box was still hitting my backside. In some cases, I’d be brought back to the checkpoint without knowing what killed me.

I will say that Shapeshooter is a cool concept. I like being on the rail, having a certain trail to continue. However, the game is slow-paced, and the gameplay itself isn’t complex. The most annoying part is how your health is handled. 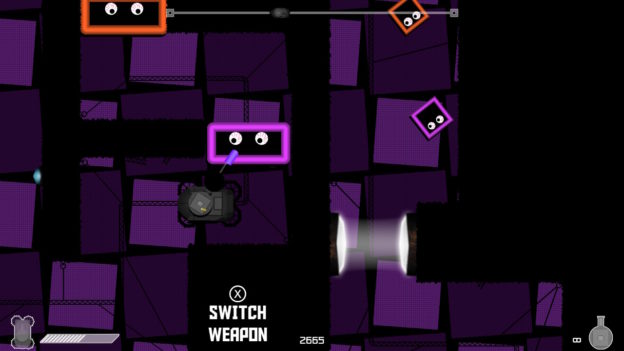 You can upgrade your tank, of course. In addition, there are different types of shooters, and you can increase your defense. But you need to gather octarings to do so. Octarings are easy enough to find since they often drop when you kill polygoneers. However, the upgrades are so expensive that you need to play for a while before upgrading. This means you can attempt going through most of the game without upgrades, or if you get stuck, you’ll need to repeat the same levels a few times to save up enough octarings.

Overall, Shapeshooter is interesting enough, but it didn’t hold my attention for too long. My play sessions were short because it was repetitive, and I had to grind for octarings. For a shooter, I don’t want to have to grind. I want to keep moving forward and shoot things.

Shapeshooter is an interesting concept for an action shooter. However, it is too repetitive, often, and the difficulty is unbalanced. On the other hand, the controls and graphics are smooth and easy to look at.