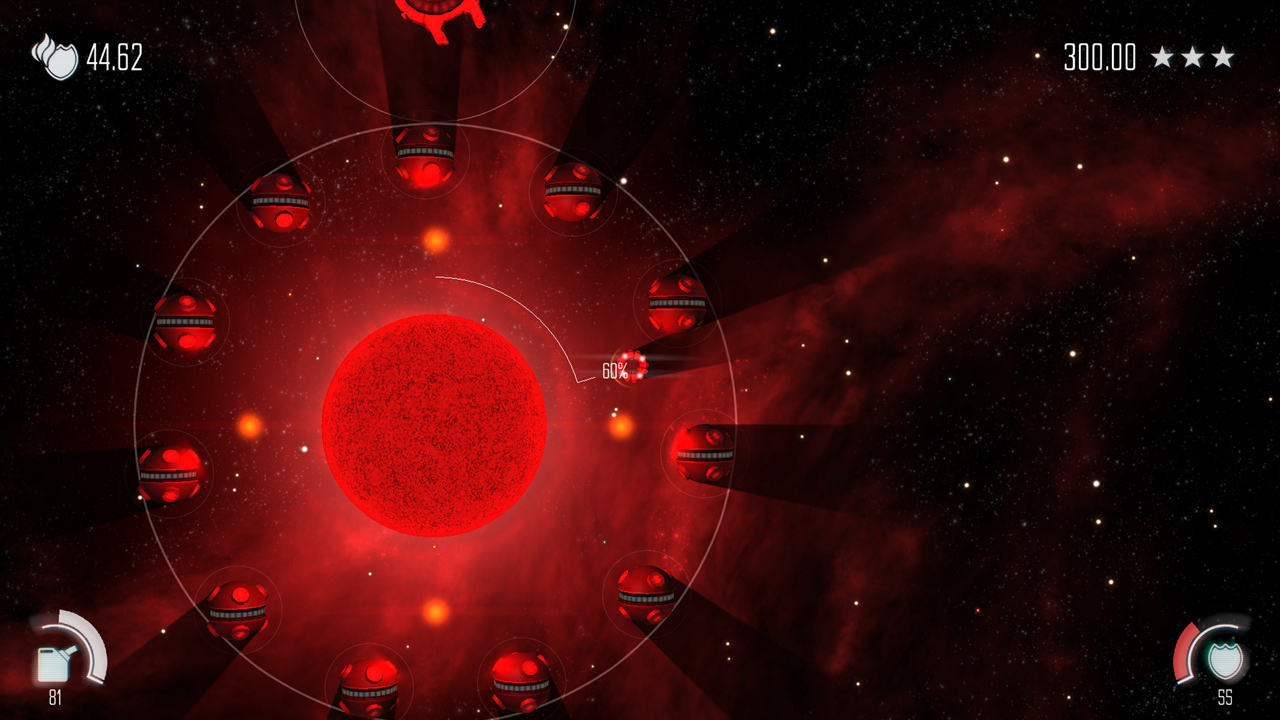 I’ve heard it said that pool is an easier game to understand if you have a good knowledge of physics. The same can now be said of ELO album covers because Solar Flux looks very much like playing one.

Solar Flux is a physics-based puzzle game in which you must collect little plasma balls and toss them back into the sun. It seems the suns are dying, and you’re one of many Flux Accumulator ships dispatched by the Solar Galaxy Federation to restore their equilibrium. 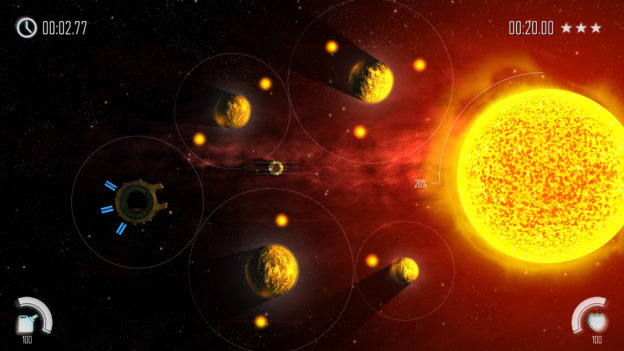 The process for this is pretty straightforward. Launch your ship into the cosmos to grab the plasma balls, then move close enough to the sun to drop them off. Again, it’s not entirely different from using a cue ball to hit other balls into pockets on a pool table. With pool, however, you usually don’t have to contend with asteroids, supernovas, black holes and radiation damage.

Each level presents you with your ship’s launcher, the plasma balls to collect, the sun in which you’ll deposit them, and the obstacles that stand between you and your goal. You have to get enough of the plasma balls into the sun in order to advance, and will usually have to use the environment to get it done. You can steer your ship somewhat, but you don’t have enough fuel to just fly around without aim.

So, collecting and depositing all of the plasma balls will require quite a bit of strategy. If they’re orbiting a planet, for example, you can go into that same orbit and not waste fuel as you circle it. Collect the balls, then use gravity to launch you into the orbit of a nearby planet, and so on. If they’re scattered throughout an asteroid field you’ll have to make good use of your thrusters and gravitational pulls. 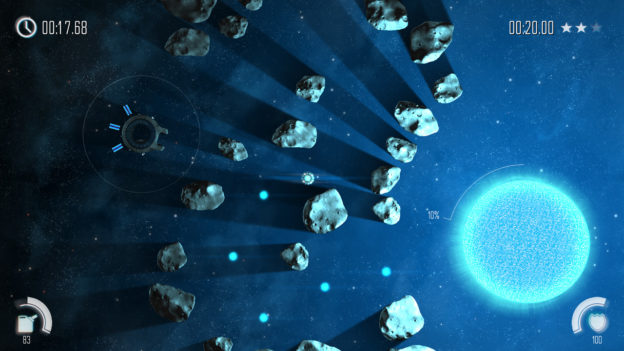 Dropping plasma balls into the sun shoots out a wave of solar energy that can toss you back to areas you might otherwise have not been able to reach, so you’ll sometimes need to make a couple trips.

The ship’s thrusters, therefore, are best used solely for steering (required on many levels) or correcting your path. In fact, the less fuel you use the more you’ll be rewarded with achievements and star ratings. Those star ratings are hard to come by, too. I tore through the first fifteen levels of the game pretty quickly, but achieved a three-star rating only twice. You’ve got to be amazingly efficient to get the highest ranking, so completists will spend plenty of time chasing down those perfect ratings. With the variety of puzzles presented, however, replaying earlier levels never really feels like a chore. 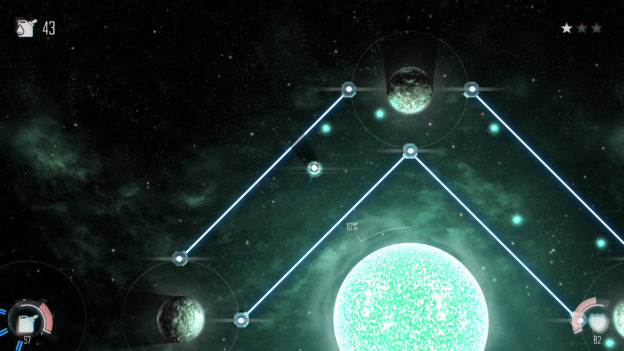 Now, the one wrinkle for Switch owners is that Solar Flux requires the touchscreen to play. You steer your ship by dragging your finger around it and launch it by tapping, so there is no docked mode available. This is a shame because the graphics are so cool, effectively using animation and color to bring life to the cold emptiness of space. The game looks great on the Switch’s portable screen, but could look so much better on your larger TV.

It’s also an issue because Solar Flux is already available for mobile devices which are more comfortable than the Switch for touchscreen play. The iOS version is $8.99, and you can pay extra to instantly unlock all areas at $0.99 each. The Switch version is $9.99 with no early unlock option; to get to each of the game’s four areas you just have to play well enough to reach them.

All the elements in Solar Flux combine for an attractive, calming, challenging, physics-based puzzler. The graphics and audio create a vibrant experience that will certainly lure puzzle fans back for all 80s levels. It’s an easy game to recommend, but I recommend you try to play it somewhere other than the Switch. If you have a tablet or a larger mobile phone, those are your first and second choices for portable play. If you don’t, it’s better to play Solar Flux on the Switch than to not play it at all.