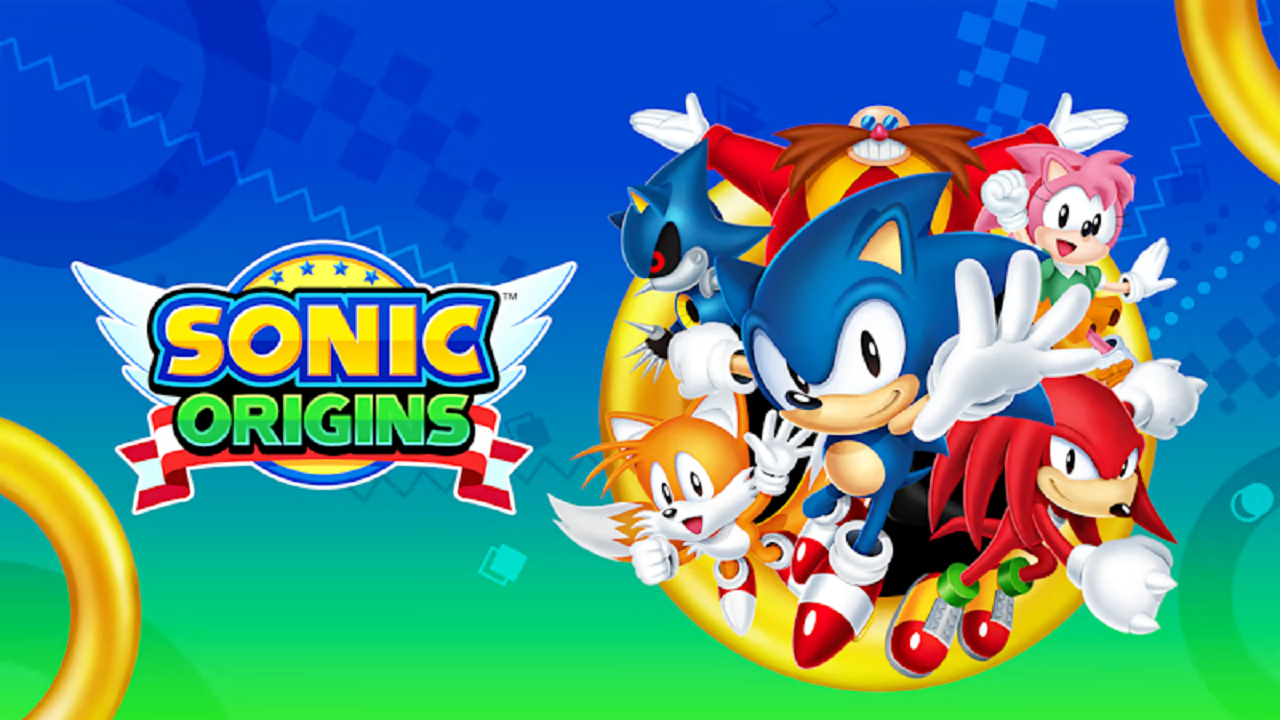 In many ways, Sonic Origins is tailor-made for those of us who grew up with the SEGA Genesis in the early to mid-90s. It brings me back to when I was a kid, taking the classics of my childhood and improving them. How about for players with less nostalgia? Are these chronicles of the “good old days of Sonic” worth it in 2022?

I’m not going to spend much time discussing the first two Sonic games that have been rereleased so often (you can still buy both on the Switch eShop). The debut title has, admittedly and unsurprisingly, aged the worst. But that does nothing to diminish its importance, and I’m still happy to run through Green Hill, bounce around Spring Yard, or check out Star Light Zone any day. 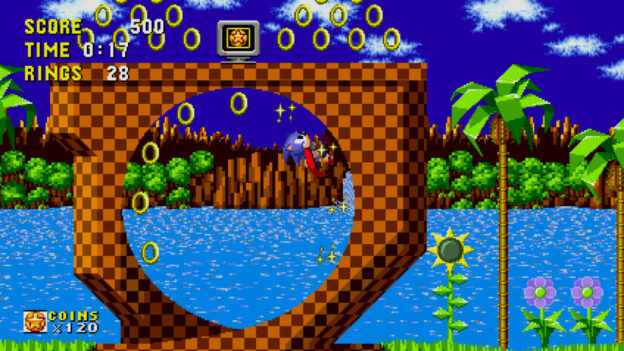 The sequel improved in nearly every respect. From introducing Tails to the superior special stages, and a fun two-player mode, I can replay this one often. It has some of my favorite zones in the series, ones I could  (and probably will in a future spread) talk about at length. They achieved a balance between speed and platforming that the earlier game struggled with. This would be a good one for newer Sonic players to start with.

The biggies in this collection are Sonic CD, Sonic the Hedgehog 3, and Sonic & Knuckles, as they have been re-released much less frequently. Suppose you’re a Nintendo-only gamer whose last options were a DS collection from over a decade and a GameCube one from 17 years ago?! In that case, this trio alone makes the collection worth it. But why?

Sonic CD may be the best Sonic game you’ve never played, released on the ill-fated SEGA CD. It retains the three zone/act setup from Sonic 1, with the third being smaller to focus more on the boss encounters. This was the first Sonic game I played that didn’t have an act I dreaded playing. What makes these so much fun is that there are four variations of each, thanks to time travel. Now with the drop dash included, the method to travel is much improved. And no time restriction means you can enjoy the past, present, and futures at your leisure. Thus, I beat it making all “good futures” for the first time. If my 1994 self could see me now.

Both soundtracks are included, and both are totally awesome. The Japanese one tends to have better “good future” tracks, while the North American has superior “bad future” tunes. With cleaner animation and the option to play as Tails, Sonic Origins has the definitive version of Sonic CD.

Sonic 3 is the game I have the least nostalgia for, not owning a copy until the Mega Collection was released nearly a decade later. This is amusing when I recall it was the game that converted my Nintendo-only school friend to SEGA. “Life-changing,” he called it. But I digress. Despite fewer memories, this is another game where every zone is a winner (though the special stages are a step back from the previous two games). There were only six originally, and though some were slightly familiar, they are more extended zones. And while it no longer matters, this had a save feature that the earlier numbered entries lacked. About time! 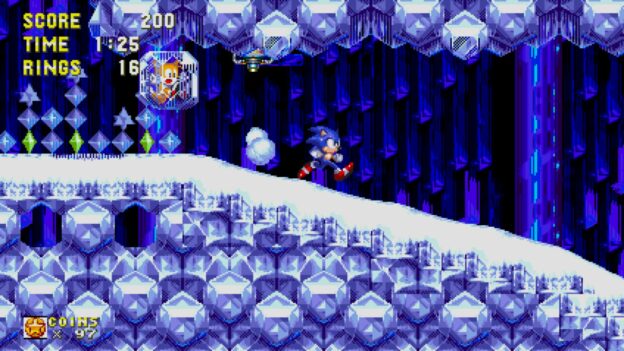 In a curious bit of retcon, SEGA only allows the option to play 3 “locked on” with the next game, Sonic & Knuckles. The latter is another good game with the titular Knuckles playable for the first time and a cart I spent $70 on as a kid! While combined is the best way to play, there’s no good excuse for not having the option to experience them as initially released. I get that SEGA had plans back in the day, but the troubled development of Sonic 3 led to two releases back in 94. And no amount of tweaking or robbing of options will change that. So if you have fond Sonic & Knuckle memories like me, you’ll have to beat Sonic 3 first. But that’s not a bad thing.

I feel obligated to briefly discuss some of the music changes to Sonic 3, as these have generated much discussion. The zones “Carnival Night,” Ice Cap,” and “Launch Base” all have different tunes from the Genesis version. If you want to go down the Michael Jackson rabbit hole, you can learn more about this curious history. Without a ton of nostalgia for the original, I can say these tracks (originally from the pc release back in 1997) are pretty good. I actually prefer this version of “Carnival Night” over the original, which I found annoying and shrill (unrelated, this is also the only zone where I found a sizable glitch, balloons not respawning). The “Launch Base” number can also stand toe to toe. The only loss I felt was “Ice Cap,” a favorite of many. The track in this collection probably fits Sonic better overall, but the original has that certain something this one lacks. In any case, no matter the music, Sonic 3 is still an excellent game. 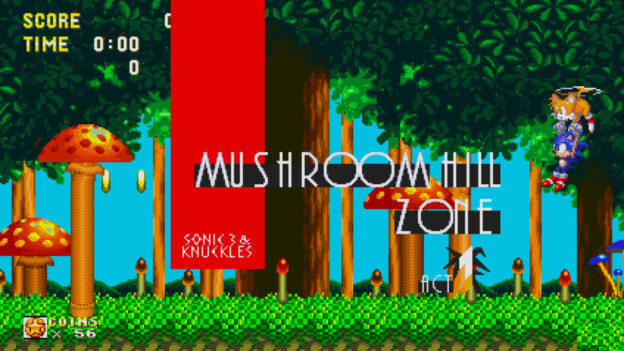 Let’s discuss the extras in Sonic Origins, first getting the elephant in the room out of the way. The DLC, confusingly announced via a poorly constructed chart, was unnecessary. It brings the price of this collection to well over $40, leaving a sour taste in one’s mouth.

Besides the price increase is the fact that even with DLC, expected features found in other versions of Sonic on Switch are missing. “Ring Keep” mode and save states, found (from the SEGA Ages versions of Sonic 1 and 2), to name just a couple. We’re also teased with box art and music from games like Sonic 3D Blast and Knuckles Chaotix, which are MIA. The fact that SEGA is almost universally being called out on their DLC approach is telling.

Ideas on what could’ve been included and gripes aside, the main draw is perhaps the Anniversary Mode. In widescreen, these games have never looked better. It’s easier to avoid cheap hits and aids in searching for alternate routes, especially in the later Sonic games. Lives have been traded for coins, another smart addition to promote exploration. Coins can be used to unlock art, music, retry special stages, and more. Throw in fun cinematics, and you have a highly likable offering.

Other extras that promote replay are leaderboards and an unlockable mirror mode. Meanwhile, missions take familiar areas and give them an NES remix-type twist. Want to beat a stage as mini Sonic? Or get to the goal with a shield equipped? These are just a couple of examples of the over 70 available. All good stuff so Sonic Origins can challenge newbies and veterans alike.

Overpriced DLC and the odd omission aside, the fact is that the five games in this collection are stone-cold classics, and they’ve never played better. Those without nostalgia may understandably wait for a sale and a further bit of polish. But Sonic Origins will be a great trip down memory lane if you were a Genesis supporter back in the day of the 16-bit schoolyard debates. They are infinitely replayable.

Overpriced DLC and the odd omission aside, the fact is that the five games in this collection are stone-cold classics, and they’ve never played better. Those without nostalgia may understandably wait for a sale and a further bit of polish. But Sonic Origins will be a great trip down memory lane if you were a Genesis supporter back in the day of the 16-bit schoolyard debates. They are infinitely replayable.